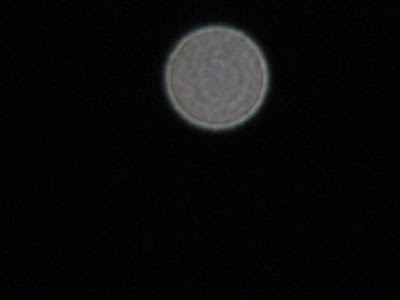 Last night about 6:30 pm Todd went out to our shed to get a jar of marmalade as I was making us toast for our tea.  I get this really lovely whole wheat with rye bread and its fabulous toasted.  We were going to settle in to an evening of Call The Midwife prior to the new season beginning on this next Sunday.  He came in all excited and pointing to the sky and said to me, "What do you think about that?"

Up in the sky to the back of our house in the night sky torwards Flint was the biggest hugest star/planet I had ever seen.   I thought wow, that's amazing.  We watched it for a while wondering if it was the Police Helicopter or an airplane, but it was staying pretty steady in the sky, not getting any larger or any smaller, or moving.  There was no noise or sound.   The helicopter would be making a lot of noise and an airplane would surely be moving.

I said to Todd, "Get your binoculars so we can see it better."

We turned off all the lights in the house and sat at the dining room table.  It might sound silly, but I had in mind if it was a UFO, I didn't want the aliens to know we were watching them.  I felt that having the lights on might somehow draw their attention to us.  I know  . . .  crazy. 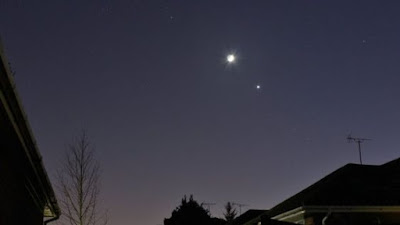 We sat at our little table eating toast and looking out at this strange phenomena through the binoculars for quite a while.  Through the binoculars it appeared to be a cluster of smaller bright lights, amazingly bright lights, in the shape of a sphere and the sphere appeared to be oscillating.   Rotating . . . .  and spinning  . . .  and as it did the stream of light from each little fleck of bright light almost had a tail.  The only way I could describe it was that it looked like a dandelion head all fluffed out and gone to seed, just waiting for you to blow on it and scatter the seeds hither and thither . . . . but the shape would change from a perfectly round sphere to a cup facing towards the West and then back to a sphere again, but remaining pretty stationary in the night sky, not moving closer or up or down.

We went upstairs to look at it from the bedroom window, thinking that somehow a different perspective on it might enlighten us even further as to what it was  . . .

But it didn't.   We remained in the dark as it were . . . physically and symbolically.

We went back downstairs.   I decided to text my next door neighbor to see if she could see it.  It was her dog that was going mental.  She could see it as well and our neighbor from across the street was also there with her and they were filming it.  By then they had bravely moved into her back garden.   I decided to be very brave as well, and put my coat on.  I went out to stand in the garden.   Todd was not so brave.  He stayed in the house and he saw a falling star . . . which I missed.  Shucks . . .

No noise . . .  just silence, along with the frantic barking of the dog next door.  Oh, and Mitzie scratching at the inside of the kitchen door now wanting to come out also.   No way was I letting her out so that the aliens could abduct her too.  I was firm in that philosophy. 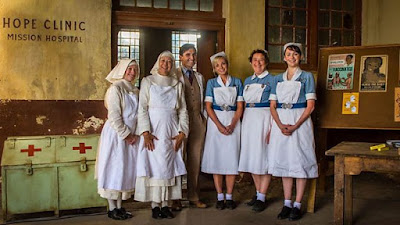 Todd and I drew the curtains tightly closed and finished our toast, which was quite dry and hard at that point, but we didn't want to waste it.   We finished our watching of Call the Midwife in the dark . . .  just in case.  We didn't want to draw undue attention to our house.  You know  . . .  because aliens would surely pay closer attention to a house brightly lit up than they would a house all in the dark filled with two adults and a cocker spaniel eating dry toast to the flickering lights of Call the Midwife. We were not taking any chances . . .  okay  . . .  so it was me.  "I" wasn't taking any chances.

It was still there when we went to bed, and we were none the wiser.

Ahhh  . . .  life its a funny old thing is it not?  In the dawning of a new day I am thinking it must have been Venus . . .  but still . . .  I think it is  kind of strange that it looked like a glowing head of oscillating dandelion fluff.

If I start making mountains with my mashed potatoes you will know that something is terribly wrong. 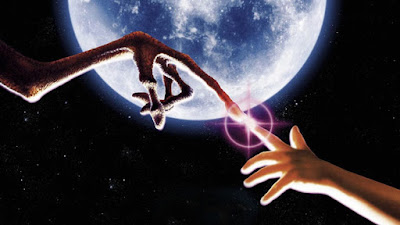 We may need to consult Steven Spielberg on this one.  Scotty, beam me up.  I don't think we're in Kansas anymore  . . . 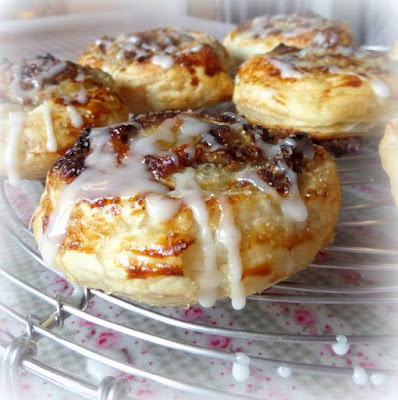