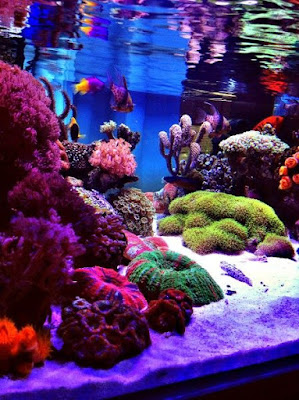 We have certainly had our share of adventures with our fish this past week.  As you know we are both fish tank novices and it has been somewhat of a steep learning curve for us.  Initially we bought a small tank which was round, or cylindrical in shape and I am ashamed to say that we got it because I felt it would be the most asthetically pleasing and would look cute on the sideboard with some pretty angel fish swimming around in it, and as a side note, Todd would enjoy having fish as pets.  A somewhat selfish move on my part and I admit it.

We got the tank and brought it home and set it up and let it  all settle for a week or so before we put any fish into it. 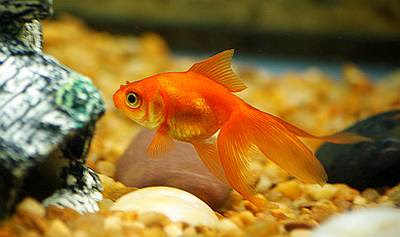 When it came time to get the fish I was so disappointed because we were told we couldn't have goldfish in a round tank.  I had wanted a fantail gold fish and a black molly . . . again, selfishly because they are so pretty.    Apparently these kind of fish do not do well in a round tank, and so we settled on  . . . 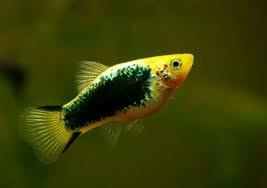 Two Platy's which I called Mutt and Jeff.

We had a LOT of fun watching them and their antics, but two is never enough  . . .  and so we wanted a few more to fill out the tank and went back to the shop.  Todd picked up 4 danio . . .  two leapord ones and two zebra ones . . .  kind of pretty in their own way with their silver and blues  . . . 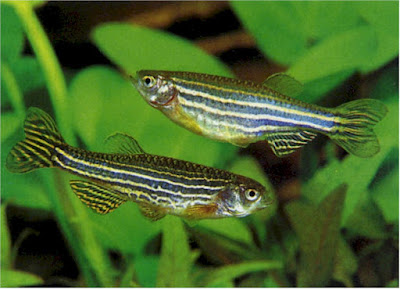 And we got two shrimps.   A larger one and a smaller one.  To help clean the tank.  It was really fascinating to watch them all interact with each other and step up to their responsabilities in the tank.   We watched the shrimps shed their outer shells which was quite interesting and then tragedy struck when one of the danio's died and then the smaller one of the shrimp.

Sad, but it happens.  In the meantime we were really enjoying the trials of taking care of them all, and we learned a lot.  There is much more involved than just setting up a fish bowl and putting in a fish and then watching the fish swim about. 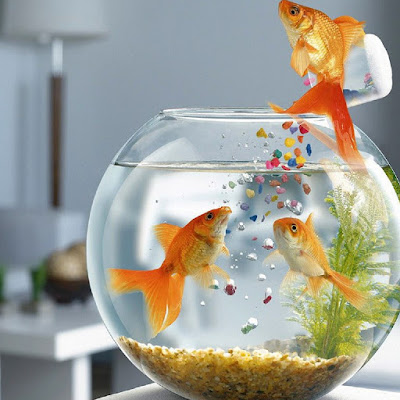 This is not the reality I had anticipated  . . .

We decided we needed a larger tank and so we ended up saving and buying a larger tank, mostly because we wanted a bit more variety in our tank.   But nobody told us that we could only ever have boring fish in our cold water tank . . .  and so then we got a heater for the larger tank, and a thermometer etc.  This was getting exciting.

We set it up and let everything settle in for a week or so and then we went and got  some neon tetras (5)for colour . . . and some catfish (3) to help clean the tank. 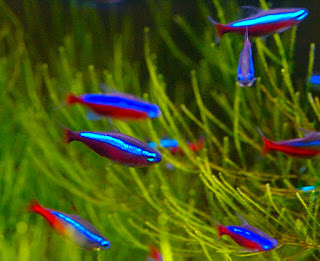 We needed some larger toys in the tank as well because the smaller ones we had in the smaller tank just weren't cutting the mustard.  Within the next three days we lost another danio, one of the neons and one  of the catfish mysteriously disappeared into thin air, or water as it were.  No sign of it anywhere.  Simply just gone.  I started to think that we had a predator in the tank . . . and it looked like it was one of the catfish because he was acting quite sinister and mysterious . . .  skulking about the bottom of the tank, playing dead I thought so that when other fish got near him he could gobble them up.    And then another danio disappeared, could not find it anywhere.  I was sure this catfish was a predator.   I started to feel quite anti towards him and was thinking if we could take him back to the shop or not.  I spent time online researching if this could actually happen . . .  would a catfish eat the other fish.   I was feeling very negative about this one catfish.

And then the danio re-appeared but had a funny white spot on its back and so we segregated it from the other fish in the smaller tank and treated it for white spot.  It is still in there, and the white spot hasn't disappeard, but he's very lively.  We also treated the other tank just in case.

But you remember Mr Sinister . . .  the lethargic sneaky catfish . . .  he wasn't any of those things at all . . .  he was quite simply dying.  *sniff*  Did I feel bad about having harboured such ill feeling towards him???  Yes, I did . . .  although it is still a great mystery as to how that other catfish simply disappeared and I still harbour my suspicions about it having been eaten and there is a part of me that thinks perhaps Mr Sinister died from being overstuffed . . . with another catfish, which would kind of be like karma in action, but we won't go there. 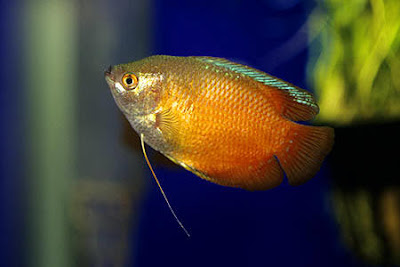 We have since introduced two male gourami to the tank, which come from Asia.  And so far so good.  They all seem to be co-habitating well with each other.  Mr Shrimp has shed another shell.  Mr Danio is still segregated from the others and all seems okay in the big tank.

We did buy a different plastic toy thingie for decoration because I thought the other was too wide and too restrictive and so we bought one which was taller, and a bit more attractive and has a few more hiding places along with a live plant to go in the tank.   We took out the smaller ones only to discover that  Mitzie had stolen one of them and chewed it up in the garden, but that's a whole'nother tale.

I also got a magnet to clean the algae from the walls of the tank that looks like a cute little fish.   It does a super job and looks really cute while its doing it.   Cleaning the tank was never so much fun.

And that is the story of how a fish bowl for a sideboard accent with one gold fish turned into a large tank with a whole herd of fish in it . . .  and it only cost us a laptop (accidentally drowned) mucho pounds and a bit of time . . .  oh, and two danios, one shrimp and two catfish.  ☺

I was talking to our Eileen on facebook yesterday.  We chat on there most days.   She really misses me, and I believe her when she says that.  She and Tim have been trying to save to come over here to visit with Todd and myself.   They had been going to come this year, but it never happened.  Her dad didn't think it was a smart idea for this year or that they would be able to save enough money.  Actually he thinks I should pay for it, but  . . .  duh, I just don't have the dosh and never will.  If I did I would gladly pay for it.  She is determined however that it will happen one day.  We have great conversations.  She recently quite her job at Tim Hortons where she had worked for about 18 years, since high school.  There is always a huge turnaround of staff there and not everyone is nice and it was causing her too much stress and her blood pressure was sky-rocketing and so she quit.  She hasn't found a job to replace it yet, but I have done up a resume for her which her dad is going to print out for her.  She is a very determined young woman and quite pro-active in her goals and achievements.   She was asking me yesterday what could she do to fund raise to earn some money towards their trip.  She really wants to come and see us next summer.  I gave her a few ideas, like a walkathon, etc.  (Which would also help her get some much needed exercise.)

⊰✿⊰⊰✿⊰⊰✿⊰⊰✿⊰⊰✿⊰⊰✿⊰⊰✿⊰
Our culture has accepted two great lies.
The first is that if you disagree with
someone's lifestyle, you must fear
or hate them.
The second is that  to love someone means
that you agree with everything they
believe or do.  Both are nonsense.
You don't have to compromise
convictions to be passionate.
~unknown
⊰✿⊰⊰✿⊰⊰✿⊰⊰✿⊰⊰✿⊰⊰✿⊰⊰✿⊰

In the English Kitchen today . . .  a delicious Cheese Slaw.


Have a beautiful Wednesday. Whatever you get up to don't forget  . . .