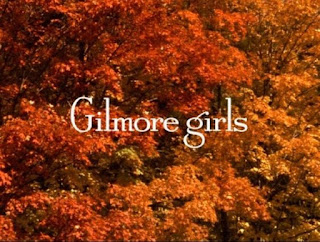 I have to confess that Todd and I have become really big fans of The Gilmore Girls.  It is not something which we had ever watched when it was on the television.  I suppose we didn't think we would like it, but we have started watching it on Netflix, with series one and we are hooked.  It is just a nice, nice show.  Set in a storybook Connecticut town which is populated by an eclectic mix of dreamers, artists and everyday folk, this multigenerational drama about family and friendship centers around Lorelai Gilmore and her daughter, Rory. Lorelai owns the town's bed-and-breakfast, the Dragonfly Inn, with best friend/chef Sookie, and contends with weekly dinners with eccentric, well-off parents Richard and Emily Gilmore (who always have something to say about their daughter's life).

It is a thoughtful, funny and beautifully written show about the relationship between a mother and daughter.  Its witty and very entertaining and yet at the same time you get right into the hearts and feelings of its characters.  I think we are on episode 18 of the first series now.   In one episode this week Rory's boyfriend breaks up with her.   On the surface she appears to be okay with it, but you can tell that she really isn't, and of course by the end of the episode she and her mom are crying together on her bed.

Oh boy, that brought back to me all the pain of teenage breakups . . . and heartaches.   I probably had my heart broken a bazillion times when I was a teenage girl, mostly by boys who didn't even know I existed. 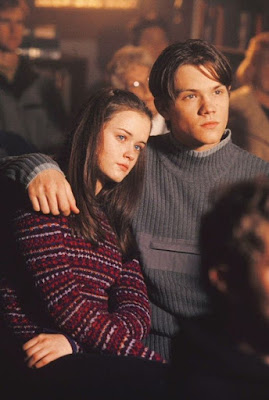 I never had a real boyfriend until I was sixteen.  I wasn't really allowed to date until I was sixteen anyways, and so I didn't.   It never occurred to me that I could date without my parents knowing about it.  I wasn't allowed and that was that.  Basically I was a pretty good girl.   My very first real boyfriend was my ex-husband . . . . and I have to say we were totally in love with each other. 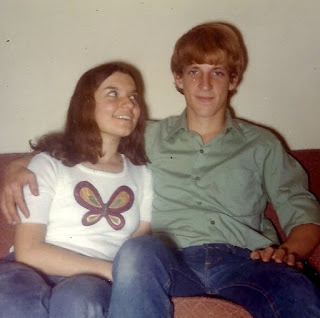 Totally besotted.  He had been our paper boy for a number of years and at first I didn't really like him very much in that way, but then all of a sudden I realised that I did.  Very much . . .  and then we were pretty much inseparable after that.  We didn't go to the same school by that point.  He had dropped out of high school and was going to Vocational School, taking Carpentry.  I was in Grade 11, and so during the week, we didn't see each other a heck of a lot, but we did see each other pretty constantly at the weekends.   We were totally in love and wanted to get married.  He joined the Military and I stayed in high school.  He moved far away.   We ended up breaking up and my heart was totally broken, and I suspect his was too.  I married someone else, and had my oldest son. That marriage broke up and then my ex and I got back together and we got married and had another four children.  We were married for twenty two years before we ended up breaking up for a second and final time and it was probably even harder the second time around than it had been the first time.  So much time together, so many memories and so much water under the bridge.

Break-ups are never easy.  No matter what your age or experience. 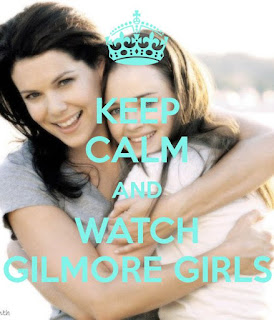 You give away and lose a little piece of your heart each time and you think that you will never feel whole again and then . . .  you do.  Because . . .

And it doesn't hurt anymore and you realise that you are happier than you've ever been, or ever will be.  And that all the tears and heartaches and turmoil you had to go through to get you to this point were absolutely worth it because you could never have appreciated what you have now, unless you had had what you had then.  If that makes any sense . . .  and I hope it does. 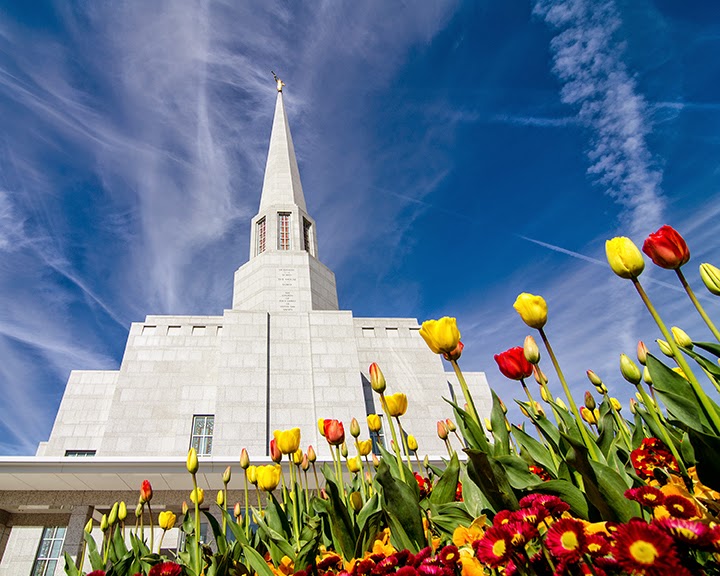 I had best get off here and start preparing for my day.  I am teaching a lesson this morning in church Sunday school.  Wish me luck!

But, since it is the first Sunday of the month I will bear my testimony to you.

I know we have a Heavenly Father who loves us and knows each of us by name.  He cares about us as individuals.  When we cry, He cries and when we laugh, He laughs.  He wants nothing more than for us to be happy.  He sent us here to earth so we could grow and learn and stretch and so that we could become more like Him.   The scriptures are our road manual and the Saviour is our exemplar.  If we follow His teachings and example,  and try to be more like Him, our lives can be fuller and happier.   It is not always easy, but it is always worth it.  I love my church and its leaders.  I cannot imagine a life without the Gospel, love and power of Jesus Christ to guide me and to help me.  Life is good.   Very good.  I'd like to be thinner, but hey ho . . . I am who I am.  And I like me.


Have a beautiful Sunday.  May it be blessed and filled with joy and goodness wherever you go and whatever you get up to.  Don't forget  . . .