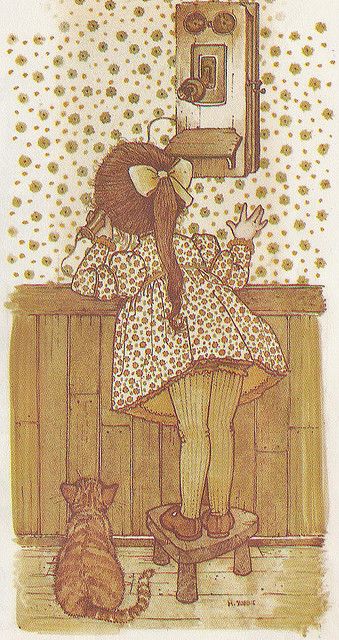 My maternal grandparents had a telephone just like this. It hung on the wall and you had to crank the handle on the side.  That was back in the days when having a telephone in your house was considered a great luxury and most lines were "party" lines. You shared your line with other people who could (and did) very easily listen in on all of your conversations. You knew they were there because you could hear them breathing.

Party lines existed right up until well into the 1970's, especially in rural areas. My ex MIL had a party line. This was on a farm on an RR address and I can remember talking to my sister on the telephone and we could hear an old lady neighbour listening in. I don't know if party lines exist any longer?

Nowadays most people only have mobile phones and have done away with having a landline. We have a landline, but to be honest it only ever rarely rings. Our mobile phones hardly ring either and its a scramble when they do to try to answer them before the caller hangs up! LOL 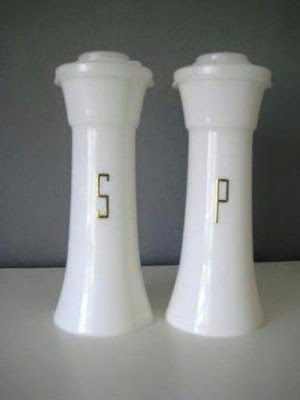 My mom had these Salt and Pepper Shakers. She probably still did when she passed.  I think I even had a pair once upon a time. I remember when I lived in Calgary I went to a Tupperware Party and allowed myself to get talked into becoming a Tupperware Sales Representative.  I always had a difficult time saying no to anyone. I am not sure how or why I ever thought I would be good at selling Tupperware. I was a shy as a mouse. I was terrible at it. I had no confidence and I think I almost felt apologetic at being in someone else's home trying to flog the stuff.  It was the same with Avon. I failed miserably at that as well. My mother, however, was one of the top selling Avon saleswomen, winning lots of awards and trips, etc. All that on top of working full time. Mom never did anything halfway and had lots of confidence.  When it comes to sales, you need a lot of confidence. 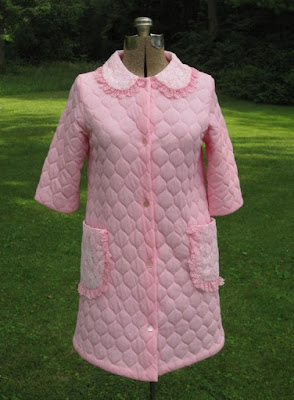 I had a bathrobe just like this. Quilted nylon with lace at the collar and around the pockets. Mine was actually pink as well. My sister also had one, but I can't remember what colour hers was.  They ended up all filled with picks because they would get caught on things. My mother also had one. We thought they were quite stylish actually. 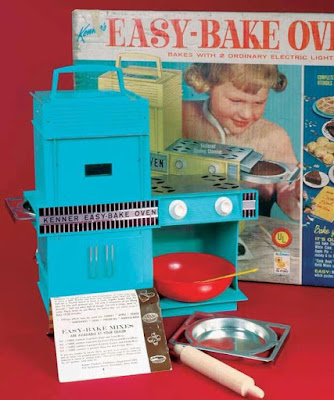 I remember really really wanting Santa to bring me one of these for Christmas. He never did.  I did get a Robin Hood Bake Set, which was a set of child sized mixing bowls, cake tins etc.  And powdered  mixes in envelopes.  I actually ate a  lot of them raw. I know  . . . what was I like? You haven't lived until you have eaten raw cake batter out of a little red plastic bowl with a little red plastic spoon. 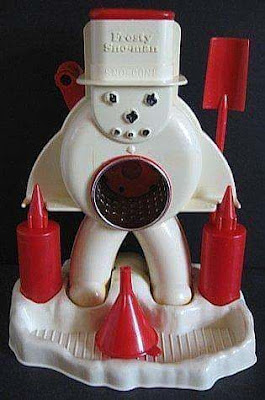 I wanted one of these also. A Frosty Snowman Snow Cone Machine. Never got it.  Shaved ice with coloured sugar syrup poured over top.  Oh the commercials on the television made you want one very badly. Those commercial children had everything!  Look at that snow scoop!  Funny how some of our toys back then celebrated the eating of empty calories.  Not so much today. 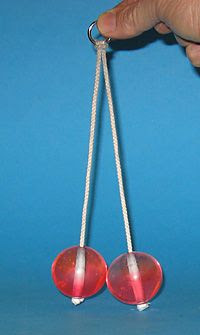 Did you have a pair of these clackers?  Oh boy but they didn't half hurt when they hit your knuckles by mistake.  I wonder how many children actually injured themselves playing with them? 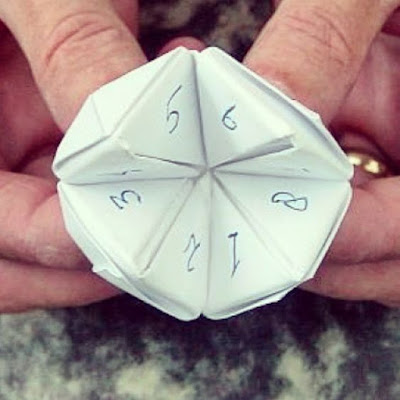 I remember playing this a lot with my friends at school.  Paper fortune tellers. You always wished that you would get a good fortune and not a bad or embarassing fortune. These could decide your eternal destiny! I can't even remember how we used to make them now, but we sure had a lot of fun with them.  Those were the days when a piece of paper and a pencil were all a child (or even group of children) needed to keep them entertained. 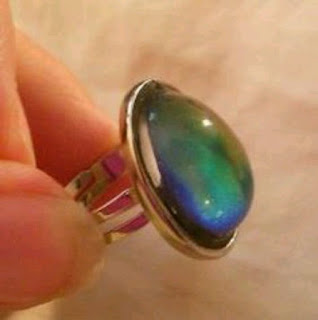 Did you have a mood ring?  When you wore it, it showed what kind of mood you were in according to the colour it changed to.

Of course it all went according to the temperature of your skin, but we thought it was a magic ring. 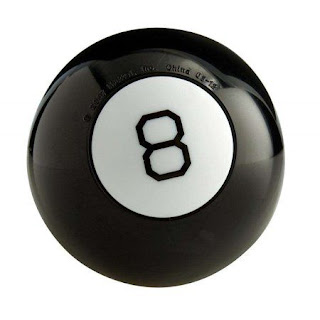 Remember these?  I can remember shaking them until I got the answer I wanted to get. Usually in response to the question of whether a certain boy liked me or not.  As if  . . . 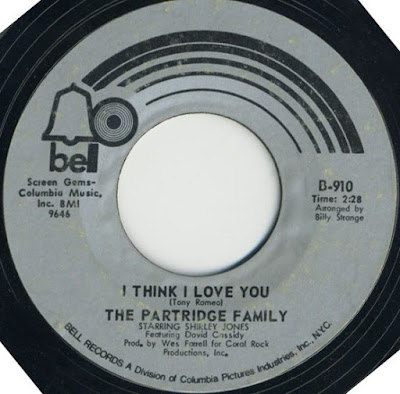 I remember listening to this record over and over again. Its a wonder we didn't drive our parents batty between this and my brother's recording of "popcorn."  I had a mad crush on David Cassidy.  I thought he was the bees knees.  He was so cute and I wanted to look like Susan Dey, or Marsha Brady.

Except I had frizzy hair that never did what I wanted it to. I remember being walked home from the rec centre by a boy one time and him saying that for hair that looked so curly it sure was soft. I think that was supposed to be a compliment.  Oh how I wanted straight hair. My sister had straight hair. 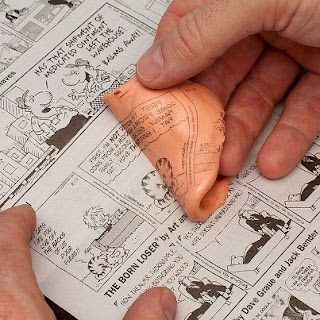 The  magic of silly putty.  Simple things like this made their inventors millions! 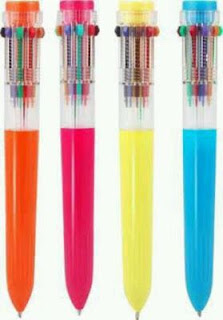 I remember saving up my allowance to get one of these pens. So awkward to hold on to and write, but the different colours of ink made it all worth it.

We had to save for things if we wanted them. My parents did not give us money willy nilly for anything we wanted.  We had to work and save for everything. 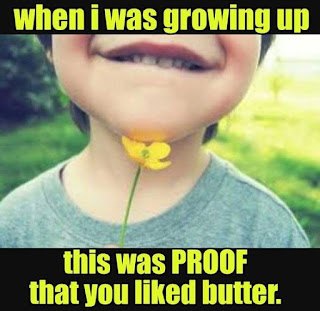 Yep.  What a simple childhood I had, but I think we were a very lucky generation.  No, it wasn't perfect, but looking back on it, we truly were blessed to have grown up at a time such as this.  A time of relatively great prosperity. A time when most people had a moral compass and they paid attention to it.  When people had values that mattered and real heroes, not media hyped heroes.  I really think it was the best of times.

But what do I know.  I wanted to live like Wilma Flintstone with a husband like Fred and a friend like Betty that I could talk to over the clothesline and go on shopping adventures and get up to mischief with.  We've come a long way baby! 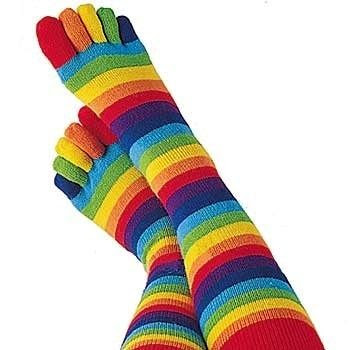 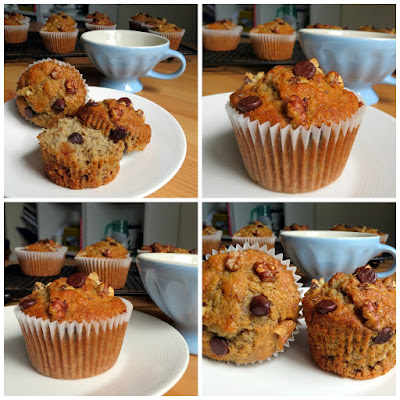 In the English Kitchen today  . . .  Banana Muffins.  These are the perfect Banana Muffin. Moist, delicious and stogged full of toasted nuts and chocolate chips!

Have a blessed Sunday! Don't forget!