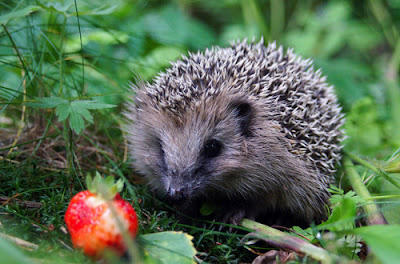 Today I am flooding my page with all things that are nice, because in the light of what we have been going through in the year 2020 to date, we could all use a little bit of nice.  (Music) 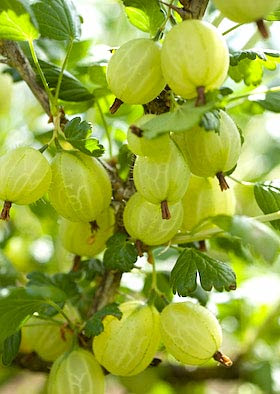 Gooseberries are the backward children of the berry family. Like the modest, retiring members of the human clan, their vitues and latent possibilities are often overooked.

So it seems only fair and just that someone should champion the cause of this down-trodden member of the berry family. So here and now we make a plea for the plain, retiring, and almost forgotten Mr Goose Berry He has many fine qualities. Our grandmothers, who knew him more intimately, were very fond of him, and found him very adaptable. Fortunately they have left us records of some of their ways of dealing with him. 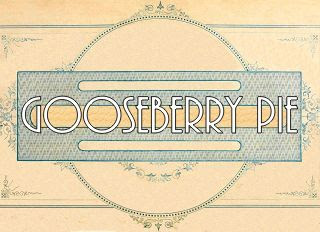 Stem and wash as many gooseberries as may be needed to fill the pie pans that you have filled with rich pie pastry. (Editor's note: Use 4 cups fresh, or 2 16-oz cans gooseberries, drained for two pies.) Fill the pans abouot 3/4 full with the berries. Sugar well and add a top crust, being careful to pinch tightly around the edges to keep juice from boiling out. Bake in a hot oven (450*F) for 10 minutes, then reduce heat to 350*F. Serve plain or with whipped cream. 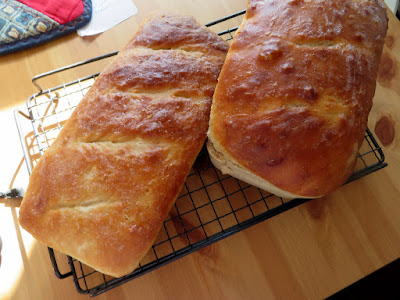 I like to make a loaf of bread,
For when I handle snowy flour
My thoughts go back to early Spring,
The sunshine and the silver shower.

And I can see the barren fields -
The farmer tilling moist brown earth,
The seedling and the sprouting time
And then the tiny green blades birth.

I see the tall stalk's bearded plumes
that ripple as they nod and sway.
Glad harvest time, rich golden wheat;
A clacking mill ... then flour today.

My heart is filled with gratitude:
That dear ones daily may be fed.
God left this lovely task for me
To make a fragrant loaf of bread. 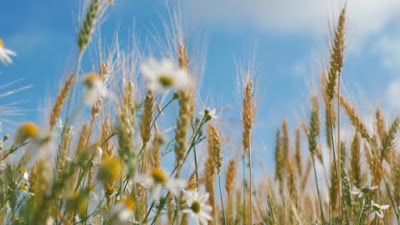 If you have ever driven through the province of Saskatchewan in the summer you will know exactly what it means when people talk about "amber waves of grain."  Mile after mile of undulating waves of wheat on both sides of the road, the wind making it look just like a sea of green and gold.  It is a beautiful sight to witness first hand.  They ripple across the landscape in a dance that sings to the heart and soul.  The very land pregnant with age old meaning. Here is the substance of the form of life, the hope of a golden gleaning  . . . 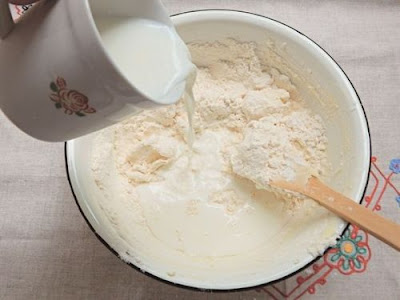 Before I went to Guernsey I read Victor Hugo's "Toilers of the sea." A thrilling Channel Island story of the Guernseyman who ran the first steamboat to the French coast shortly after Fulton's Hudson trial. Whenever food is mentioned in this book the people are serving somehing called "Gashe." If it was possible I wanted to find out what it was and how it was made. It was several days before i realized that the rich currant bread which the people called "Guernsey gosh" was the same as "gashe."

It is doubtful if many households have a written recipe for this decidedly local bread. It is one of the things that mother's have been teaching to their daughters for hundreds of years. One woman said she had a recipe and I got ready to take it down. The first thing she read was, "A pennyworh of yeast," and the last thing was, "some water." It seemed hopeless at first, but I decided to take it down and try using a cake of compressed yeast. The result was satisfactory. I've tried the following recipe and it works well.

"Weigh out 1 1/2 pounds flour and add 1 TBS sugar. Dissolve 1 cake of compressed yeast (editor's note: substitute 1 package dry yeast.) in 1/2 cup water. Make a hole in the flour and pour in the yeast and water. Cover all of the liquid with the floru and leet it rise in a warm place overnight. In the morning aadd 1/2 pound of butter that has  not been creamed, 1 pound dried English currants, 1/4 sp salt, 1/8 pound candied lemon peel, and 1 1/2 cups water. Knead as you would bred and make into a loaf in a deep round baking dish. Let rise in a warm place for 2 hours. Bake in a moderate oven (350*F). It will take at least an hour for it to bake. For serving Guernsey gash is cut in three-cornered pieces the same as a pie." 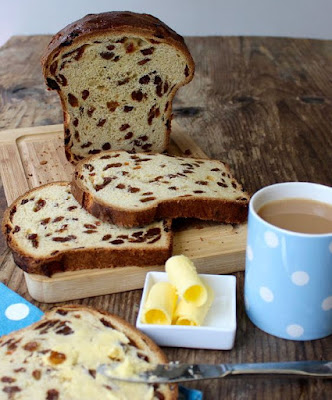 I actually found a modern day recipe for Guernsey "Gache" on a blog called Tales from the Kitchen Shed. This is their photo. It looks just like fruit bread. 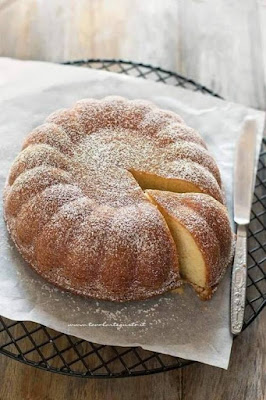 This is a house that Jack built kind of story because the events that led to Phoebe Jane Huff's coming  to the Country Kitchen to bake angel food cake unfold on paper like a nursery rhyme. But this story runs back a ways in time. It begins with a 14-year-old girl's wish to do her part, and keeps on to a 20-year-old college Junior's thrill in a trip to St. Paul.

It was all because a 4-H Club leader near Leesburg, Ohio, asked one of her girls if she would exhibit an angel food cake at the country fair. When Mrs. Allen left instructions with this inexperienced fourteen year old club member, she knew that it would take some practicing at home to make a successful cake. But since Phoebe Jane was in foods club work to learn, she and her mother immediately went into conference. Mrs Huff answered her daughter's questions as best she could and then suggested that she consult a neighbor who had a reputation for angel food. In Phoebe Jane's own words:

"Mrs Moore laughed when I told her what he club leader had askd me to do. Right that aternoon she took me to her kitchen and there my cake career began, when she began telling me many things about angel foods that I should remember.

The first afternoon I did not do a thing but watch. The second afternoon I was allowed to measure some of the ingredients and do part of the mixing. On the last afternoon I mixed the cake and regulated the oven by myself."

The exhibition at the country fair was a success. Then later, in high school, an enterprising young brother suggested that sis advertise in the school paper, of which he was business manager. Surprisingly enough, the orders which came in a few weeks, also took care of all the extra Huff eggs. In that school year, 120 cakes were sold, almost entirely by favourable comment where these cakes were served.
It would not be fair of me not to include the recipe. 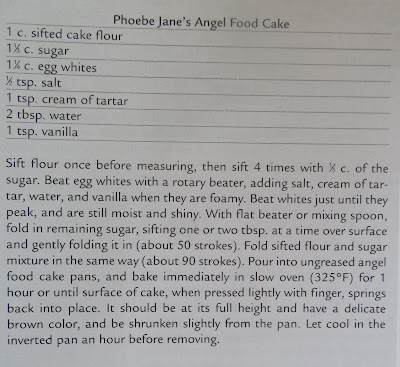 It was very wierd going to the Doctors yesterday. You had to ring a bell outside the surgery and wait for someone to answer.  The receptionist took my name and then  said the nurse would come to get me. Of course I had my mask on. (It feels wierd to have to wear a mask, but totally necessary and I would not contemplate being without one. I expect we will get used to it in time.)  The nurse eventually came to escort me in, with hand washing as soon as you got into the surgery. Walk down the hall to her office and then all the necessary things were done. She was very nice, a Polish girl I would say by her accent and very pleasant.  She was covered from head to toe. Hair, face, hands, clothing etc.  It was very strange, but very nice to talk to someone new, and to be out and about.  I will have a telephone consultation to speak about the results on Tuesday afternoon.  Its a new way of doing things for sure. 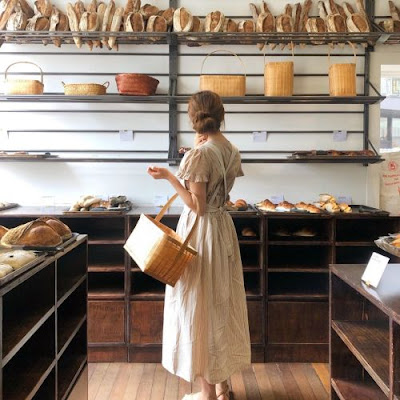 I have a very strong feeling that this virus is not going anywhere fast. We are in this for the long haul and might as well get used to a "new" normal.  Does anyone else feel this way? 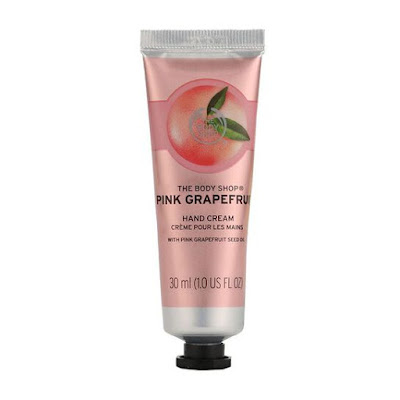 On a positive note, my friend Jan, who lives in Shropshire just started selling Body Shop Online. To help support her this week I placed an order on Wednesday and it actually arrived yesterday! I was surprised that it had arrived so quickly and in a very pretty box.  I fell in love with their Body Shop Pink Grapefruit hand cream when I got some a few years back in a shipment of grapefruits that they wanted me to promote on the food blog.  I loved the way it felt and how it smelled.  However, I had never been able to get any whenever I had visited the Body Shop in Chester. They never had any. So I ordered myself two tubes, plus I got a free handwash gel for ordering. I cannot get enough of this smell!  Its gorgeous. 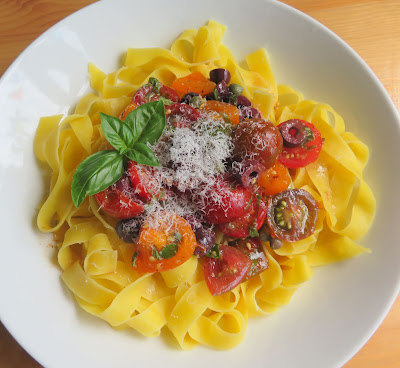 Earlier this week I made Monique's Sunshine Pasta Sauce. Just sliced ripe cherry tomatoes, minced shallot/garlic, marinated/marinaded in olive oil/balsamic vinegar/lemon juice zest with some capers, black olives, fresh herbs, salt and pepper.  I sat in the windowsill all day to collect the heat of the sun and served with papperadelle. I dusted the top with freshly grated Parmesan cheese. Very nice! Thank you Monique!

Food for thought - Yesterday as we were going out our front door a woman was walking by our drive. We waited until she was sufficiently away before proceeding on our walk to the Doctors.  Noted that I could still smell her perfume in the air for quite a while as we walked in the same direction she had been walking. NOTE people the residue that people leave behind them as they go about their business. It lingers . . . so this could be breath, moisture droplets, perfume, etc. WEAR your mask to protect yourself and to protect others. 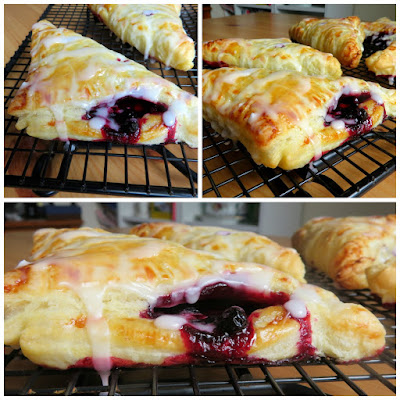 Have a beautiful Saturday! Don't forget, no matter what you get up to . . . 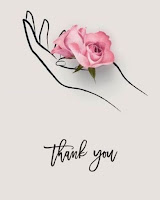