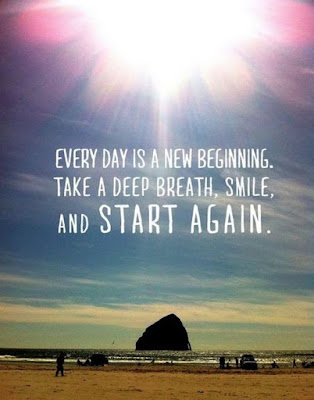 I've been sitting here this morning reflecting on how much life can change in a year.   For instance last year this time, Todd and I were still serving on our Mission, working daily with the young Missionaries and others in the Mission field. Life was hectic but in a very good way.  Flash forward a year and we are finished our Mission.  We knew that would happen, eighteen months is only eighteen months afterall and we so enjoyed our time, but the end came at the right time.  God's timing is always perfect.  Last year this time we had no idea that Todd would get cancer and I had no idea that I would be writing a cookbook for publication, both before the end of the year.


Life is a funny old thing.  Forest Gump was right
when he said life was like a box of
chocolates.

You do never know
which one you are going to get. 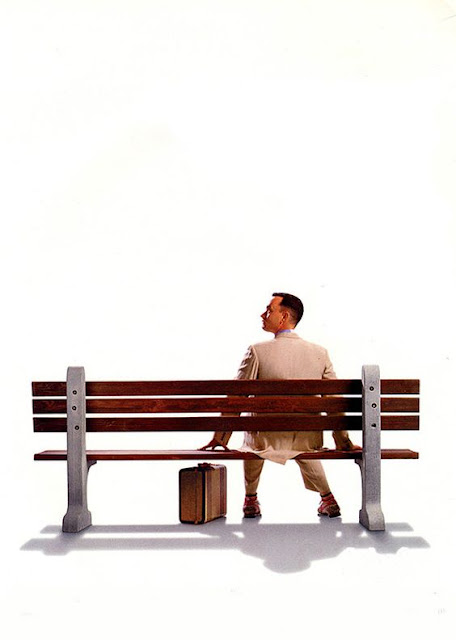 Change happens.   Life is in a constant flux with ebs and flows, ups and downs, ins and outs, good and bad, joy and sorrow.  There is really only one constant . . . 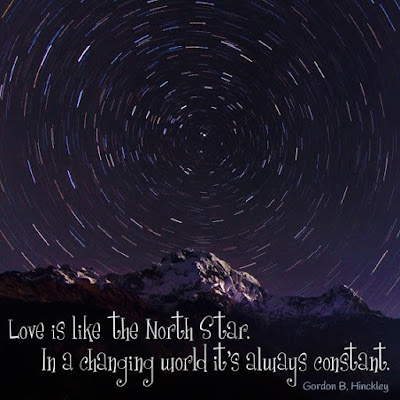 “As a young man, President Hinckley worked on a farm during summers and on weekends and holidays. On that farm he grew healthy and learned to work. And there near the soil and close to nature his confidence in God grew like the hundreds of fruit trees and vegetable seeds he planted, tended, and harvested.

“‘After a day of good, hard labor, my younger brother Sherm and I would sleep out under the stars in the box of an old farm wagon,’ President Hinckley [recalled]. ‘On those clear, clean summer nights, we would lie on our backs in that old wagon box and look at the myriads of stars in the heavens. We could identify some of the constellations and other stars as they were illustrated in the encyclopedia which was always available in our family library. We identified some of the more visible patterns in the heavens, but our favorite was the North Star. Each night, like many generations of boys before us, we would trace the Big Dipper, down the handle and out past the cup, to find the North Star.

“‘We came to know of the constancy of that star. … As the earth turned, the others appeared to move through the night. But the North Star held its position in line with the axis of the earth. Because of those boyhood musings, the polar star came to mean something to me. I recognized it as a constant in the midst of change. It was something that could always be counted on, something that was dependable, an anchor in what otherwise appeared to me a moving and unstable firmament’ ” 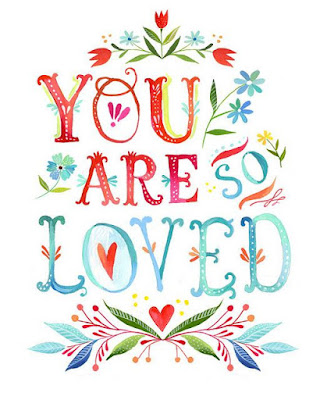 God is love and
He is always
there
...

On that we can depend.

Sometimes I get mail . . . look at what arrived in the post yesterday, bringing smiles along the way. 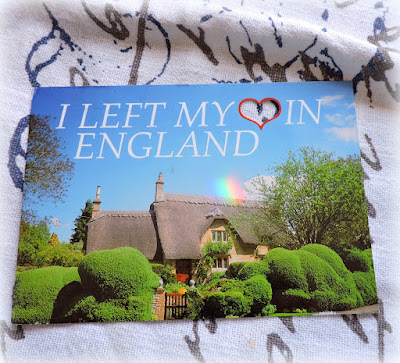 We got the cutest postcard from Lura and John.  It was a real surprise and so thoughtful.   They may have left their hearts here in the UK, but a little piece of our hearts go with them wherever they are.  Love, LOVE the thatched cottage, and the little heart cutout.  So clever.  so pretty.  See the rainbow just above the roof?  That's a reflection from one of the crystals in my window 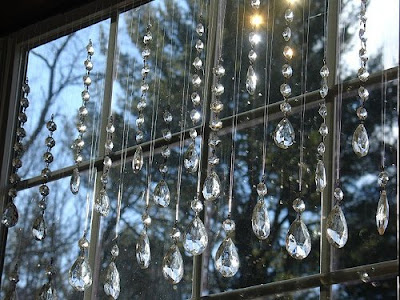 Maybe one day I will have this many, but for now,
I have three, and I love how they
sparkle and leave rainbows on
all that they
touch
... 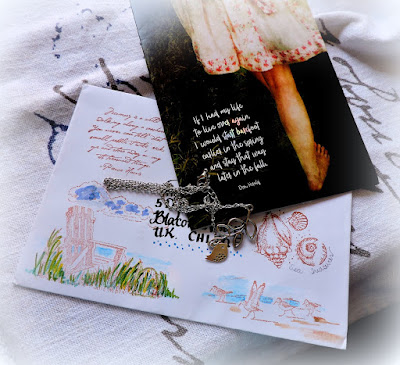 Here is something else which came in the post yesterday.  A delightful card from our Monique.  Such a thoughtful gesture and it could not have arrived at a better time.  Thank you so much Monique!


The envelope is so beautifully stamped.  Love the verse.

"Memory is a child
walking along a seashore.
You never can tell that
small pebble it will pick
up and store away among
its treasured thihngs.
~Pierce Harris 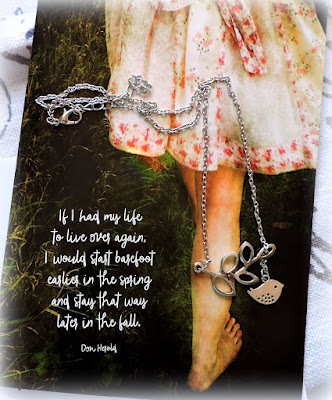 
Are we not all ministering angels?
Never ignore a prompting
of the heart
... 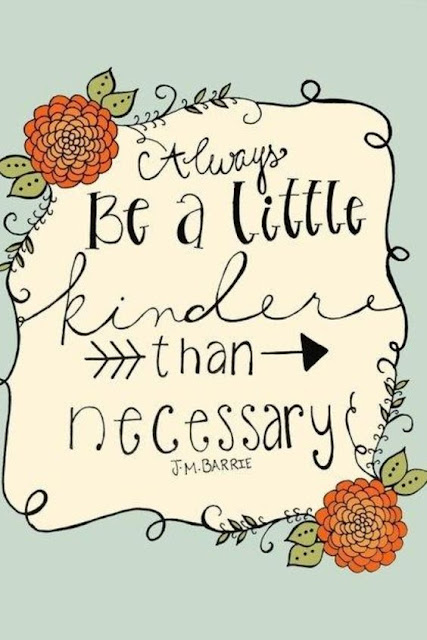 I am blessed.  Truly blessed.  Life changes.  It never stays the same.  Its in a constant flux, but it is always good.  God is in control.  We trust in Him. Always.

We won't be going to church today. Todd has had a bad night.  He seems to have more bad than good nights these days, so he is staying in bed.  When I got up, he had not slept a wink.  He did too much yesterday.  I told him to slow down, but you know men  . . .  he would not.  Anyways, last night no sleep.  I am praying he is sleeping as I write this and that he manages to get at least a few hours.

Insomnia, it is such a pain.   I have suffered with it my whole life.  Especially when I have something to do the next day of importance.  Its like a curse.  Last time I flew home to Canada, no sleep for three days.  I wish I was not like that.  It is annoying. It makes you not want to do anything, go anywhere. It runs in my family.  My father has it and both of my siblings and I suffer from it to a degree.  My mom however . . .  she could sleep on the head of a pin. Some people are just lucky that way I guess.

In any case today I will watch the Mormon Channel while Todd sleeps, read my scriptures, listen to some good music.  I will still feel the power of His love, even if I cannot be at church.


And with that I am off. 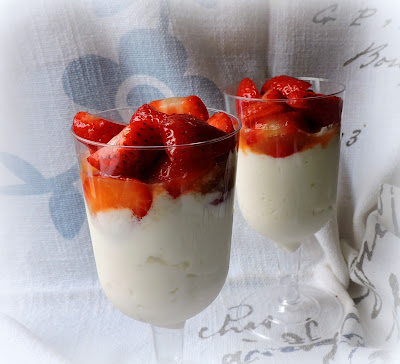 In The English Kitchen today  . . . White Chocolate Mousse with Strawberries.  Simple and tasty.