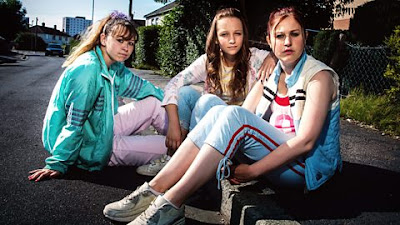 We watched a really gritty drama on the BBC this week, called Three Girls.  Based on the true story of the victims of Grooming and Sexual Abuse in the area of Rochdale here in the UK, it was both compelling and heart breaking.  Although there were probably well over a thousand girls affected by this horror the three part series focused on three girls in particular.  Based on the real life experiences of three victims whose identities have been hidden; they were called Amber, Ruby and Holly in the programme. Amber and Ruby are sisters, while Holly was a friend who had just moved to the area.


All three girls – aged 13 to 15 – were abused over several years and all became pregnant.

Amber was forced to help snare other young victims. Ruby, who had learning difficulties, fell pregnant at 13 after sex with a 42 year old man and then had an abortion. At the trial she spoke about the man being her friend, even after the sex abuse ring had been uncovered.  This despicable predominantly Asian gang of men plied their victims, who for the most part were very vulnerable, very young,  and very susceptible girls, with free food, alcohol and cigarettes, showering them with attention in preparation for them to continue using them as prostitutes, handing them around like candy to multiple Asian men.

The show was harrowing and upsetting, and very, very moving.  I spent most of the last two episodes in tears. 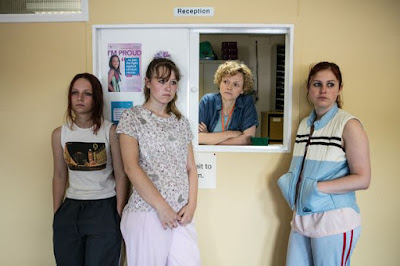 Disturbing enough as a drama, what made it even more so was the fact that it was real, that it happened and that the despicable behaviour by these men was allowed to continue over a period of many years by a system which also victimised these young girls, which saw them as "throwaway" girls, or girls who were asking for it, for lack of a better description.  Most of them from deprived and poor families, let down by society and by the very authorities put in place to help them.  It was disturbing viewing, but compelling and something which I think people need to watch.  Perhaps it is even more disturbing because it exposes that part of us which judges others quickly without really taking the time to see the person (s) behind the behaviour, as in the case of these very young girls who were loud, unruly, trashy acting and looking and totally, totally vulnerable. 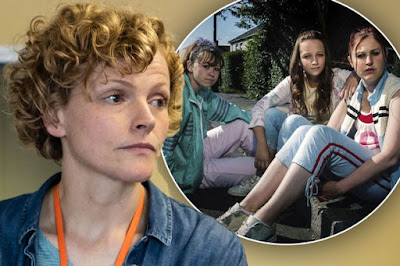 When I watched the first episode it got me to thinking about how vulnerable I would have been at the same age by any older man who paid attention to me.  I came from a good home, and yet I remember going to a local dance at the rec centre when I was 16 (a bit older than these girls) and spending most of the evening dancing with an older fella, who was probably in his 20's.  He was the Golf Pro hired by the AF Base we lived on for the summer and he was British and had a very British accent, which only added to his appeal.  I can remember being very flattered by his attention, that he would pick me out of all my friends to spend time with.

It was just before Midnight when he asked me would I like to take a walk, and I said sure, even though there was something inside me that was telling me I shouldn't, that little flutter of danger in my gut.  We started to walk outside but did not get very far when I realised that so close to midnight if I did not get home it would be the last dance that I got to go to for a very long time and so I expressed this to him and he ended up walking me home instead.  He got my telephone number and asked me would I like to go for a coffee with him sometime and I said yes.  I had never drank a cup of coffee in my life, but I would for him. 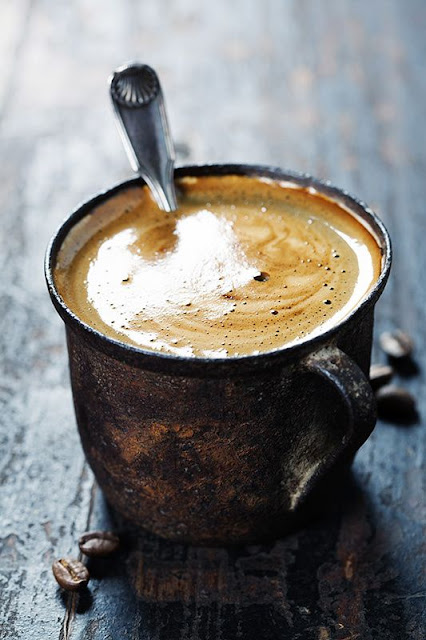 True to his word several days later he telephoned and asked would I like to go for a coffee with him at the Rodeo Room, which was a restaurant at the local mall.  I said yes, and he arranged to meet me there at a certain time, upon which my father broke into the conversation from the telephone in the basement to say that I would not be meeting him at the restaurant, that if he wanted to take his daughter out, this young man would be picking me up at my home.  I was appalled and totally embarrassed that my father had been listening to this conversation and then had the nerve to break into it.  Of course this guy agreed he would pick me up at the door, and of course he did not show up at the appointed time and I was totally heart-broken, and I blamed my father for scaring him off.

As an adult looking back on the situation I can clearly see now that my father did me a huge favour.   This was totally in-appropriate . . .  this man in his 20's wanting to take a young naive girl of 16 out, a girl who had never had a boyfriend, never been on a date, never even been kissed. I will never know what might have happened, and I am grateful for that and for a father who protected me, even though I was most un-appreciative of it at the time! 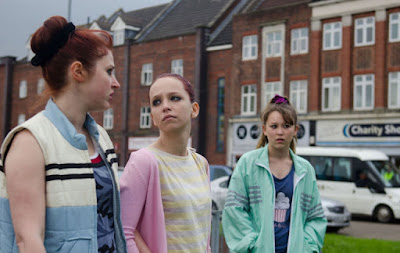 Episode two, and then three, had me totally in tears for these young girls and all the others who had been victimised not once by this despicable group of men, but again and again by the system, their community, their families, each other . . .

I could not help thinking of myself. They say in order to let go of something you have to own it, so I am going to own it.  The summer between my sophomore and senior year of high school I went on an exchange trip with a group of young people to Northern Quebec.  So North in Quebec that you could not drive in, you had to be flown in. A place called Chibougamou.  It was supposed to be a safe trip, an exchange with a family in place, only . . .  the family I was supposed to be staying with was not there. They were away on holiday.  There was only their daughter at the house, and she was a girl that hung around with a very fast crowd.  I was exposed to a life I had never experienced, with clubbing and drinking and partying. There were a lot of older guys hanging around with the group, and one in particular who was very keen to be with me.  Again, I was flattered.  I did not speak the language very well. I came down with a really bad cold about halfway through the week and so one afternoon I did not go out with the rest of the group, and stayed home alone at the house in bed.  This guy came over to see me, and I let him into the house.  I put myself into a very vulnerable situation and he took advantage of it and he raped me.  I became a victim.  And I had nobody to turn to. 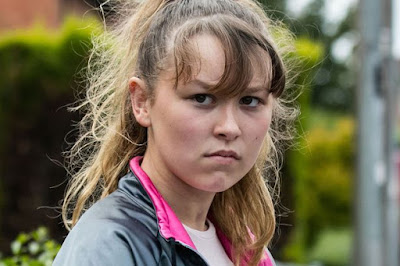 I had never been with any man before.  This man took something most precious from me.  I felt guilty and ashamed and very afraid.  No protection had been used.  He left marks all over my neck and after being victimised by him, I was then victimised by the other kids on the trip who treated me like a pariah, not knowing what had truly occurred, only knowing that I had been with this guy . . . and that I had a boyfriend back home.  You know what that made me in their eyes . . . but . . .  it got even worse . . .

I got back home and it came out, what had happened . . . especially when I realised that he had not only robbed me of my innocence, but he had given me an unwanted gift, and I had to tell my parents, who totally freaked out.  I was forced to go to our family  Doctor and undergo a humiliating examination, feeling totally ashamed and worthless . . . and then, I suppose because in some sort of wierd way . . .  I had mentally tried to help myself cope with what had happened by imagining that I was in a relationship with this despicable man and that he loved me . . . I had to lay in bed at night, the word "slut"  whispered at me through my darkened room, something which I have never said out loud for all of these years hence, but which came back to me last night when we were watching the last episode of this program . . .


And I empathised with how those girls had felt, if only in a small way
I remembered what it felt like to be a victim,
of innocence, and of circumstance,
and by the very people who were supposed
to take care of me and
to care
...

Nobody deserves this.
Nobody. 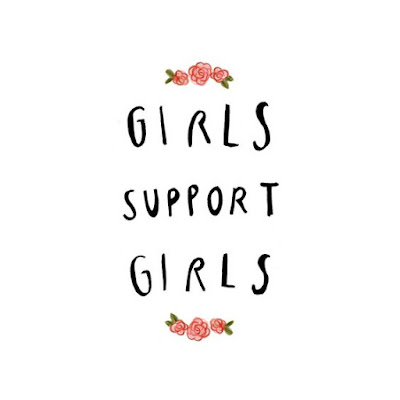 We need to be kinder to each other, less judgemental.  We need to speak out when we see injustices being done, and as women, we need to stand up for each other and to help each other, not demean each other.  I know, first hand, how easy it is to fall into situations which are totally out of your control when you are a young in-experienced girl, and my heart aches for any girl who finds herself in this situation, and cannot see or find her way out.

Thankfully all of the men involved in this particular story (and there were nine)were eventually brought to justice and handed long jail sentences.  Hopefully all of the young women involved will get the help they need and their lives will not be totally ruined by all of this.  Sadly there are similar investigations going on concerning the grooming and postitution of young vulnerable girls in most of the larger cities all over the UK. Speaking as a survivor of abuse (and it was a form of abuse, however singular and short the experience) I know that forty six years later I still bear the scars, and probably always will. This is an experience which has coloured my life, and which probably helped to cause me to make some very unwise choices which I might not otherwise have made.  And trust me . . .  I know that what I went through was only the tip of the iceberg that these young girls have had to live and cop with. 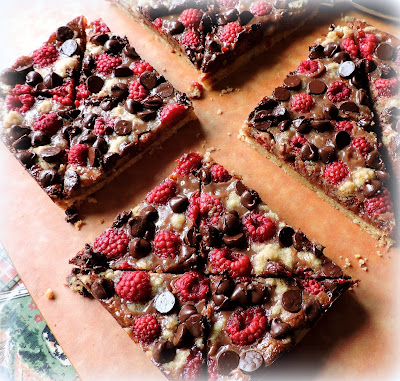 Please never forget, because it I do know this to be true . . .