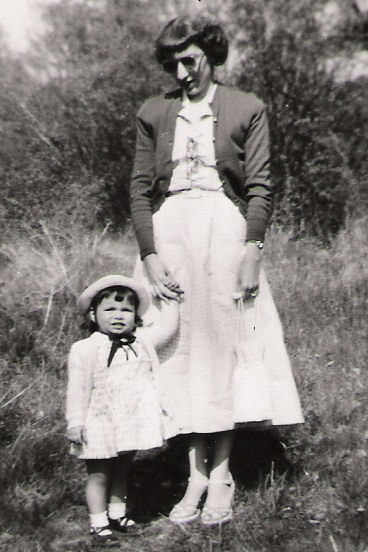 This is a photo of my mother and I taken in Germany when I was about 2 1/2 years old. She is pregnant with my sister in this photo, and that is why I can know with great accuracy that I am about 2 1/2  because my sister is exactly 3 years and 1 month younger than I am, give or take a few days.  I love my mother with all of my heart, but then you all already know that, because it is something which I share with you fairly often!

My mom has always given her all to us, and I am grateful for all that she was, is and is still to be.  I don't think I ever really understood the depth of her love and sacrifice for us, until I became a mother myself, and realised just what it took to be a mother. 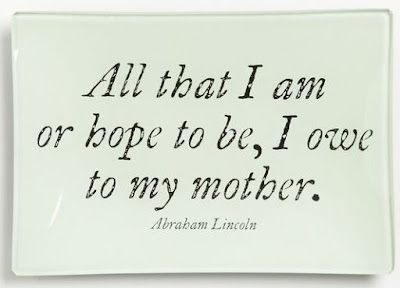 I love my dad too, don't get me wrong  . . .  but my mother is, and has always been, really special to me in a different sort of way than my father is.  My mother taught me everything she knew about how to be a mother, wife and woman of character and virtue.  Those lessons have stood me well in my life and I am ever grateful for them. I will be calling her this afternoon to wish her a Happy Mother's Day and to share my love and appreciation for all that she is to me.  I know how very blessed I am to still have my mother, and I am grateful for that blessing.  I am also so very grateful for all the time I have gotten to spend with my mother through the years.  It pains me that now, in the Winter of her life, I am not there for her.  I always thought that I would be, and I would be if I could be.  I think and hope that she knows that.

Happy Mother's Day to my mother and all the mother's out there in the world.  There are many types of Mothers and ways to be a mother. I think as women, we all have nurturing natures, and the capacity to mother others, and so I  tip my hat to all women and wish to each of you a Happy Mother's Day as well!! 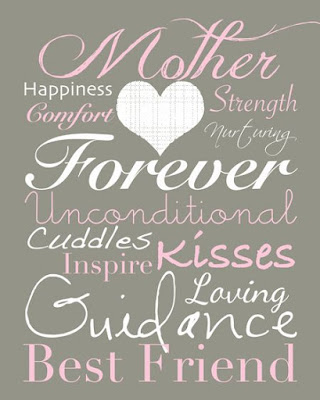 I am so grateful that I have all of these and more in my own sweet mother. I can't wait to talk to her this afternoon! 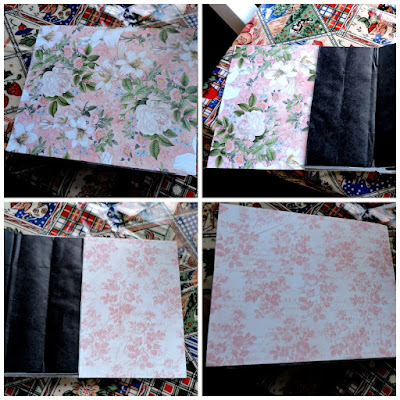 I had a great time yesterday afternoon, although I didn't get a lot done. I basically just got the outside and inside front and back covers done.  The rest of the time was just spent gabbing!  Boy oh boy did we ever set the world to rights!  Plus, Sheilagh had brought a whole bunch of scrapbooking stuff she was giving away, so we all spent some time going through that.  I picked up some new rubber stamps that I liked.  I am very fond of nature ones and ones with butterflies.  But then again, I have always been known as the butterfly girl. 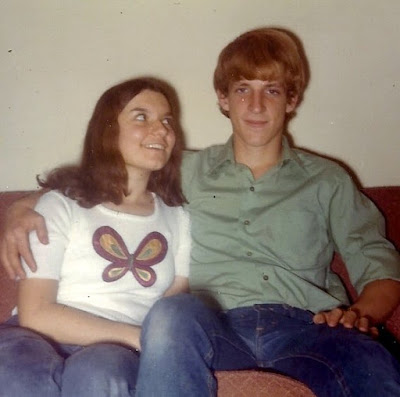 And this is why.  It was this t-shirt/sweater that labeled me as "The Butterfly Girl."  This is me when I was 16 with my first boyfriend, and now ex-husband.  He didn't know what my name was at first when he started to notice me, before we went out with each other, but he remembered my t-shirt/sweater and so called me "The Butterfly Girl."  I think I was pretty adoring way back then. I think you always hold a special place in your heart for your first love. You can't help it. I would be lying if I said I didn't.  Things just didn't work out the way we planned on them working out.  Life is a funny old thing. 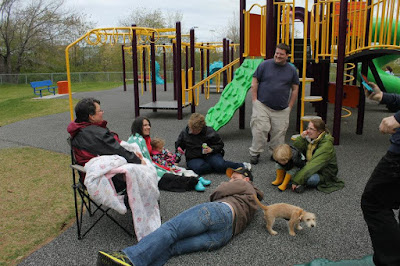 This photo was taken in May, four years ago now. I think this is one of the few photos I have with at least four of our five children in it, my two daughters and my two younger sons. I don't have many with all five of my children. In fact, I don't have many photos of my children at all from when they were growing up, period, but c'est la vie. I have all of my photos stored in my heart where they matter most.  My children  are all good people, and I think I had a lot to do with that, no matter what other people might think, say or do.   Most of their growing up years, I was on my own with them, due to the nature of my ex-husbands career, which took him away from home a great deal of the time.  I happen to think I did alright.  In fact, I know I did alright because they are all pretty decent people. 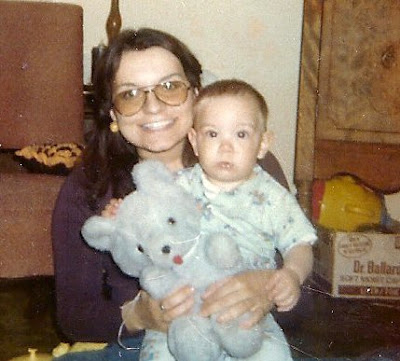 I was 19 when I had my oldest son.  I had dreamed of one day being a mother the whole time I was growing up, and so he actually made my dreams come true! I think he is about 10 months old here.  We were living with my parents, sister and brother.  He was everyone's baby, and my parents are very close to him even now. 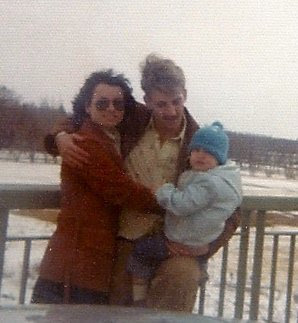 This photo was taken in Winnipeg in the spring of 1977, so he was almost two years old in this photo.  I think I look like a film star, lol, with my tinted glasses. 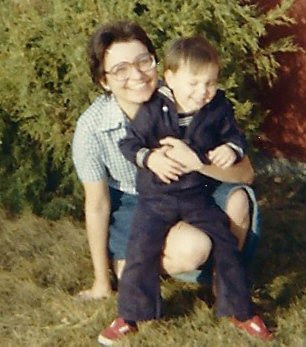 By the time this photograph was taken, also in Winnipeg, our Eileen was on the way.  I think I was about 21 in this photo.  The years have just flown by.  It is hard to believe that I am now 61! 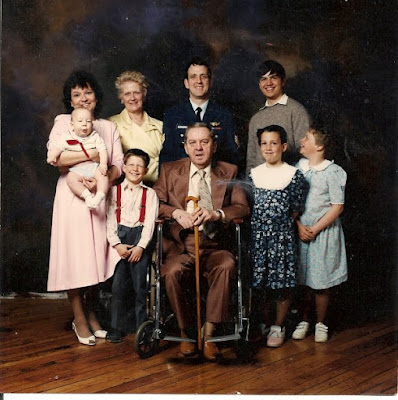 This is one of the only photographs I have with all of my children in it.  It was taken in the spring of 1990.  I think my youngest son, Bruce, was six months old in this and we had gathered in Toronto at my Sister in Laws for a special occasion.  We all went to a photographer's studio to have family photos done.  Bruce was enamoured with the photographer's lights and we could not get a photograph of him where he wasn't going ooooohhh!!  I am not sure we did get one with all of the children looking into the camera, but that's the thing when you have so many kids.  Its darned near impossible to get them all looking at the camera at the same time.  I remember thinking I was fat back then.  I wish I was that fat now! haha

And on that note I will leave you with a thought for today  . . .

When the Good Lord was creating mothers, He was into His sixth day of "overtime" when the angel appeared and said. "You're doing a lot of fiddling around on this one."

And God said, "Have you read the specs on this order?" She has to be completely washable, but not plastic. Have 180 moveable parts...all replaceable. Run on black coffee and leftovers. Have a lap that disappears when she stands up. A kiss that can cure anything from a broken leg to a disappointed love affair. And six pairs of hands."

The angel shook her head slowly and said. "Six pairs of hands.... no way."

It's not the hands that are causing me problems," God remarked, "it's the three pairs of eyes that mothers have to have."

That's on the standard model?" asked the angel. God nodded.

One pair that sees through closed doors when she asks, 'What are you kids doing in there?' when she already knows. Another here in the back of her head that sees what she shouldn't but what she has to know, and of course the ones here in front that can look at a child when he goofs up and say. 'I understand and I love you' without so much as uttering a word."

God," said the angel touching his sleeve gently, "Get some rest tomorrow...."

I can't," said God, "I'm so close to creating something so close to myself. Already I have one who heals herself when she is sick...can feed a family of six on one pound of hamburger...and can get a nine year old to stand under a shower."

The angel circled the model of a mother very slowly. "It's too soft," she sighed.

But tough!" said God excitedly. "You can imagine what this mother can do or endure."

Not only can it think, but it can reason and compromise," said the Creator.

Finally, the angel bent over and ran her finger across the cheek.

There's a leak," she pronounced. "I told You that You were trying to put too much into this model."

It's for joy, sadness, disappointment, pain, loneliness, and pride."

You are a genius, " said the angel. 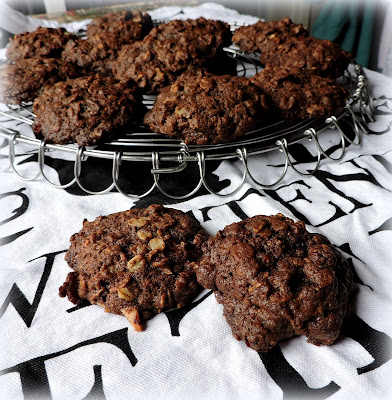 
Have a great Sunday wherever you are and whatever you get up to!  Don't forget!