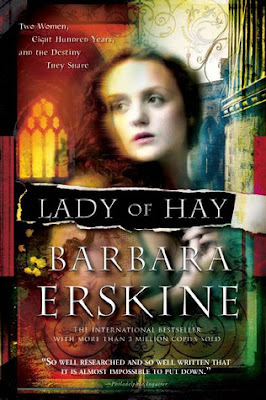 Lady of Hay, by Barbara Erskine is a book that I first read about 30 years ago.  I was completely fascinated with the story one of the characters in the book,  a 12th century Welsh Noblewoman named Maud de Braose, Lady of Bramber and also known as Lady of La Haie, or The Lady of Hay.  I love History and historical fiction and the portrait of this woman in the book realy drew me in.  I have since read the book several times through the years, not because of the main plot of the book, which is pretty much about a modern day woman who is regressed through hypnotism back to the life of Maud (in all truth in later readings I can't quite understand my original fascination with this line of the story at all) . . .  but I totally understand my interest with this character Maud de Braose. 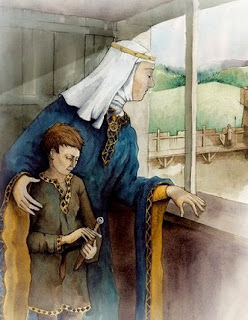 Maud de Braose, Lady of Bramber (c. 1155 – 1210) was an English noble, the spouse of William de Braose, 4th Lord of Bramber, a powerful Marcher baron and court favourite of King John of England. She would later incur the wrath and enmity of the King who caused her to be starved to death in the dungeon of Corfe Castle along with her eldest son.

Maud was born Maud St Valery in France in 1155 and in 1166, at the age of 11 was married to William de Braose, who along with being the 4th Lord of Bramber also held lordships of Gower, Hay, Brecon, Radnor, Builth, Abergavenny, Kington, Painscastle, Skenfrith, Grosmont, White Castle and Briouze in Normandy. When King John of England ascended the throne in 1199, Braose became a court favourite and was also awarded the lordship of Limerick, Ireland. Maud had a marriage portion, Tetbury from her father's estate.

Maud supported her husband's military ambitions and he put her in charge of Hay Castle and surrounding territory. She is often referred to in history as the Lady of Hay. In 1198, Maud defended Painscastle in Elfael against a massive Welsh attack led by Gwenwynwyn, Prince of Powys. She successfully held off Gwenwynwyn's forces for three weeks until English reinforcements arrived. Over three thousand Welsh were killed. Painscastle was known as Matilda's Castle by the locals.

She and her husband William had sixteen children. 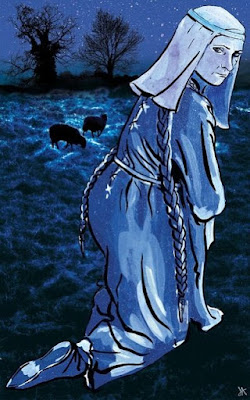 In 1208, William de Braose quarrelled with his friend and patron King John. The reason is not known but it is alleged that Maud made indiscreet comments regarding the murder of King John's nephew Arthur of Brittany. There was also a large sum of money (five thousand marks) de Braose owed the King. Whatever the reason, John demanded Maud's son William be sent to him as a hostage for her husband's loyalty. Maud refused, and stated loudly within earshot of the King's officers that "she would not deliver her children to a king who had murdered his own nephew."

The King quickly led troops to the Welsh border and seized all of the castles that belonged to William de Braose. Maud and her eldest son William fled to Ireland, where they found refuge at Trim Castle with the de Lacys, the family of her daughter Margaret. In 1210, King John sent an expedition to Ireland. Maud and her son escaped but were apprehended in Galloway by Donnchadh, Earl of Carrick. After being briefly held at Carrickfergus Castle, they were dispatched to England. 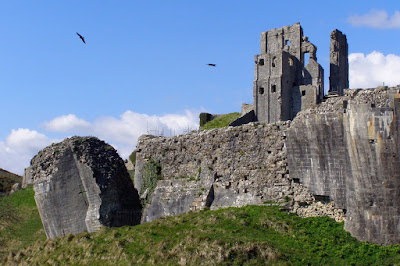 Maud and her son William were first imprisoned at Windsor Castle, but were shortly afterwards transferred to Corfe Castle in Dorset where they were placed inside the dungeon. Maud and William both starved to death. Her husband died a year later in exile in France where he had gone disguised as a beggar to escape King John's wrath after the latter had declared him an outlaw, following his alliance with Llywelyn the Great, whom he had assisted in open rebellion against the King, an act which John regarded as treason.

Maud de Braose features in many Welsh folklore myths and legends. There is one legend which says that Maud built the castle of Hay-on-Wye single handed in one night, carrying the stones in her apron. She was also said to have been extremely tall and often donned armour while leading troops into battle. The legend about her building Hay Castle probably derives from the time she added the gateway arch to a tower which was built in the 1180s. In contemporary records, she was described as beautiful, very wise, doughty, and vigorous. She kept up the war against the Welsh and conquered much from them.

The manner in which Maud and her son William met their deaths so outraged the English nobility that Magna Carta, which King John was forced to sign in 1215, contains clause 39; it reads: No man shall be taken, imprisoned, outlawed, banished or in any way destroyed, nor will we proceed against or prosecute him, except by the lawful judgement of his peers or by the law of the land.

Because yesterday I was doing my family history and I made the connection.  One of my ancestors was Lady Maud Matilda De Saint Valery, and I now understand my compulsion towards wanting to know this person through the years, this fascination with her story, and why I have felt drawn to it again and again.  I am related through my mother's ancestry via her maternal side of the family (sorry Martha and Polly).

Family is so interesting.  I often find myself going back through my family tree making connections and discoveries.   I love watching the television program, "Who Do You Think You Are," both the British and the American versions of it.  I have always enjoyed history.  This is something which Todd and I both have in common, our mutual love of history. 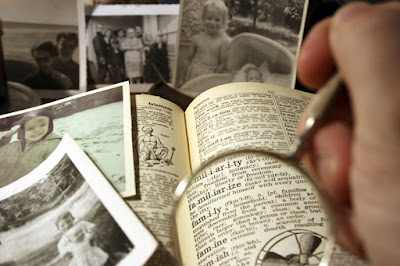 and I think the most fascinating history of all has to be our family's history.  The discovery of one's roots and where we come from.  I find it quite compelling. 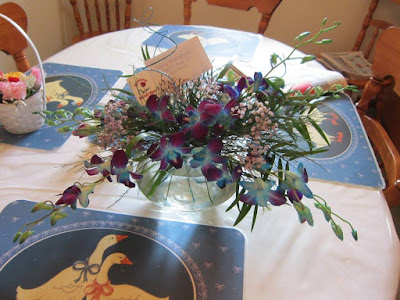 I sent my mother some flowers for Mother's Day which my sister kindly took a photograph of.  I know flowers seem like such a dud Mother's Day gift, but as my mom gets older and older, it becomes harder to buy her anything.  She has everything she needs, more scarves, more clothes, more jewelry, perfume, hand creams, mugs, etc. than she will ever use . . .  but I do want to mark these occasions for her in a special way, so this year I sent flowers.  There is quite a tale that goes with these flowers, but I won't bore you with it as I think I have bored you long enough this morning!  Lets just suffice it to say that they finally got there in the end and my mother likes them.  Whew!

So excited to finally get to meet my good friend Valerie and her husband Steve today.  I just wish my knee was behaving better.  Between my left knee and the plantar fasciatis which I suffer from on my right foot I will not be able to do any sight seeing.  I had wanted to take them into Chester perhaps and see a few things.  Can't do it, so I guess we will just have to settle for having a nice chat here at home and perhaps a good dinner. I will be phoning the Doc tomorrow and making an appointment. I think I need an x-ray.  I have been putting that off because the idea of sitting in the hospital for half the day or longer just has not appealed, but I can't put it off any longer . . .  sigh  . . .

And with that I will leave you with a thought for today . 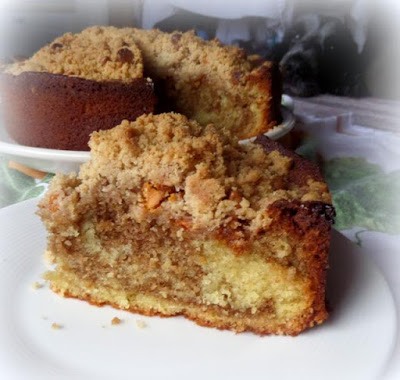 Have a beautiful Wednesday!  Don't forget along the way . . .