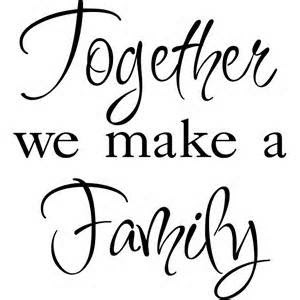 The best part of my trip home this time was that I got to see all of my children and all of my grandchildren, including one very cute grandson that I had not ever seen at all.   Good times!  On the Saturday of the long weekend in May my youngest daughter Amanda arranged to have a family picnic for us all and so that's what we did.    Unfortunately my eldest son and his family did not arrive in time for it, but we had it anyways, and it was so much fun!

Even Baxter got in on all of the "fun-ness!"  WE all just adore Baxter.   He's such a good puppy and loves to give us all puppy dog nibbles, but in the nicest way of course!   You can tell Bruce is a doting papa!

This is Joshua (4) posing for me here.  He is our little red headed grandson and my middle son's second oldest.   He is such an engaging little boy and so charming!   I could sit and listen to his stories forever.    He is the one who told me about Jesus brother Gordon who juggles . . . and he had another story too, which I thought was really good.     He picks them up at Sunday School and puts his own twist on them.   Of course all of the stories have elements of the truth in them . . . . combined with his understanding of them.   They make for really interesting tales!

This little one, Maryn (2) never stopped the whole day.  It was really hard to get her picture as she was moving the whole time.   She so enjoyed being at the park with her cousins and all the grown ups.   She is my youngest daughter's little girl and the only Grand daughter in our family.   Her mom is about to have another baby any day now so she will soon be joined by a little brother or sister and let me tell you . . . she can't wait!  I just know she will be a really good big sister.

This is Jonathan (7) my middle son's oldest boy.   He is such a handsome boy and also very engaging.   A tiny bit shy, but you can tell he has a huge heart, just like his dad.   He's very smart too.  Of course I am the Grammy and so I am a bit biased, but . . . thinking your grandchildren are all the best  IS all a part and parcel of being a Grammy I think!  I do believe it's right there in the job description underneath the clause about spoiling them rotten whenever you can!

This big green slide was lots of fun for all the kids, even the BIG ones!  Yes that is our Eileen's husband Tim (38) sliding down it.   They are the ones who got married last year.   He just had so much fun with all of us that day and we had lots of fun with him too.

Tim loves to take pictures himself.  That is one of his favourite things to do and he has albums filled with lots of pictures that he has taken.   Its like a hobby for him.   I did manage to get him to pose for me on this alligator for me though.   He is a really fun guy!

I did manage to get them all to pose for me near the big blue dragon.   That is (from left to right)  Kayla (Doug's wife)  Eileen (my eldest daughter), Eileen's husband Tim, Doug (Just to the back of Tim) my middle son, Amanda in the red pullover (my youngest daughter), the blue dragon with Jacob sitting on it's head (my youngest grandson and Doug's youngest age 2), Bruce with Baxter (my youngest son), and finally Tom (Amanda's husband and Maryn's daddy)!

They insisted I pose with the Blue Dragon as well.   That's me making Todd jealous by kissing a fiery other man!   All in good fun of course!

Try as I might, I just could not get this one to stand still.  She was going, going, going the whole time!   Just full of energy.   It was so much fun!

Doug (31) and Eileen (35) talking.  It is so much fun getting your children together like this as adults.   You never know what you are going to learn about them.  All the secrets come out . . . like Bruce being held down by his older brother so the dog could lick cheese whiz off his face amongst other things.   Kids . . . I think if we even  knew half of what they got up to when they were growing up, when they were growing up and getting up to it, our hair would turn white overnight!

The reward is seeing them being good parents themselves though, don't you think?  When you see that you just know you must have done something right along the way.

Even if the baby is only a furry one.   Furry babies are great practice for real ones doncha know!

The best part of any picnic is digging in to the food of course!   Amanda had made lots of really tasty sandwiches and there were cookies and other goodies, plus fruit as well, which everyone enjoyed . . .

Have you ever seen such a beautiful pair of boys?   I know . . . gorgeous.   What a fun day that was, even though it was really windy and quite cool . . . we still had lots of fun.

Picnics should be fun and this was fun in abundance.  Thanks so much to Amanda for organizing it!

My oldest boy and his family arrived later on that same day.  They popped by to have a quick visit with grammy and great grammy the next morning.   This is Luke (4) playing with the cat toys.  I have discovered that Grandsons really love cat toys, especially the ones which have tails and scoot across the floor.   You can pile them up and make mountains of them and sometimes you can even play with the cat with them!

It was really hard getting Luke to stand still for a picture as well!   He was on the go!  I think my Anthony is so handsome though . . . but that's a mother!   All of our sons are handsome!  Anthony just turned 38 on the 29th of May.  It is hard to believe that I have a son that is 38 already.  How did that happen???

He's a real fun dad.   He loves his little boys so very much.   Being a good dad is important to him.  Probably because he had a mom who was married twice when he was growing up and so he had two dads in his life during his growing up years.   I think its better if you only have one, but . . . I guess you just have to make the best of what you are given, and he has.   Love him to bits.  He is a good son.

Nevertheless you have as much fun as you can have without getting yelled at.  Lemons and lemonade.

Gabriel is such a smart little boy and such a good reader, but then . . . you already knew that because I am always telling you that!

I had so much fun seeing all of my babies and all of their babies when I was home this time.   I was so very grateful that they all made the effort and went to the expense of coming to see me.   I really truly appreciated it.   I hope they know how much I treasure those special moments in my heart.

A family is one of the greatest gifts our Heavenly Father can give to us.   It may be big, or it may be small . . . it may even only be you and a dog or a cat or a bird, or even a rock.    The size of it doesn't really matter . . . only the love matters.

“I sustain myself with the love of family.”
~Maya Angelou