Five more Things about Me

I thought I would do a five things about me post again.  I really enjoy them, and I hope that you do too.  This is a photo of my younger sister and I.  I think she was probably about three here so I would be six years old.  My sister has always had straight as a stick hair.  I don't know how my mom got those curls to stay in her hair for this photograph, but she looks really cute I think.  I love this picture of  us.  You can see the love.  My sister was my first best friend and she is still my best friend.  I was always a fairly confident child in many respects at that age.   That all changed when I got to be around ten years old.  I am not sure how it happened, but I suddenly got very shy and lacking in confidence.   That shyness and confidence plagued me for most of my adult life.  At one point I was so shy that I would pay my brother to go to the store with me because I was too afraid to go by myself.   I credit joining my church with having restored my confidence and helping me to be less shy.  I have grown in very many ways since joining and I don't just mean by girth! (LOL)  I have realized that I am very capable and that I have many talents and have a willingness to share them.  And that is the first thing about me for today.  Once shy . . . now not so shy, and willing to share. 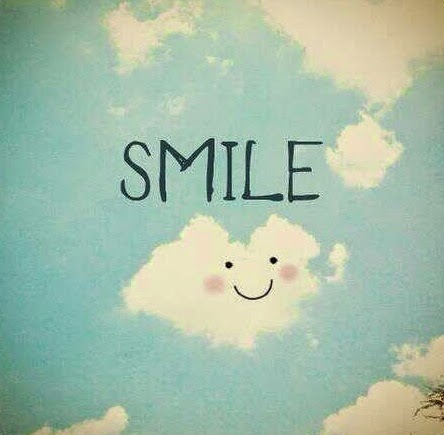 People always say they love my smile.  Todd says my whole face lights up when I smile.   I did not do a lot of smiling for a very long time, and when I did it was only on the surface.  I did not feel it in my heart.  I think I was sad inside for most of my adult life.   I am glad that I finally found my smile and that now it is a smile that comes from inside and is not just pasted on the outside.  I had a lot to be happy about through all those years, and I did experience small pockets of joy,  but they were fleeting.  For the most part I was just really sad, and pretending to be happy to the outside world.  Now I am truly happy.   I am glad that I found my innermost smile before it was too late.  I love my smile too.

This is a photograph of me getting an award at the end of the school year in Grade one.  I was six, almost seven.  I am the one second from the left.   The girl on the far left was my best friend from kindergarten and through most of my life.  Her name was Susan Warburton and we still remain in touch, all these years later.   She was always a lot taller than myself.  We used to get called Mutt and Jeff, after a cartoon in the paper.  I can remember wishing I was a member of her family because they seemed to have a lot  more than we did.  She had a big wooden doll house that I loved to play with.  It had a green roof and I think it was home made.  I thought she was really lucky.

Every Sunday night her mother would cook them potato pancakes, but they were not the ones made with grated potatoes.  I think they were made with mashed potatoes.  I used to ride my bicycle over to their place really fast after our own supper was done, hoping that they would have some leftover and her mother would share them with me.  Of course she always did.  Sometimes she would also give me some of their dessert, which was always Cantaloupe with ice cream.  I loved it.  It was not something my mother ever gave us.  I am sure I was probably a bit of a pest, but they never made me feel like one.

The girl on the far right is Eileen Sargeant.  Her father was the Principal of the school.  We were good friends too.  She is the girl that I went home with one Friday to have French Toast.  We have stayed in touch all through the years also.  She even came to visit me here in England when I lived down in Kent!  We had not seen each other in over 40 years at that point. It was great! 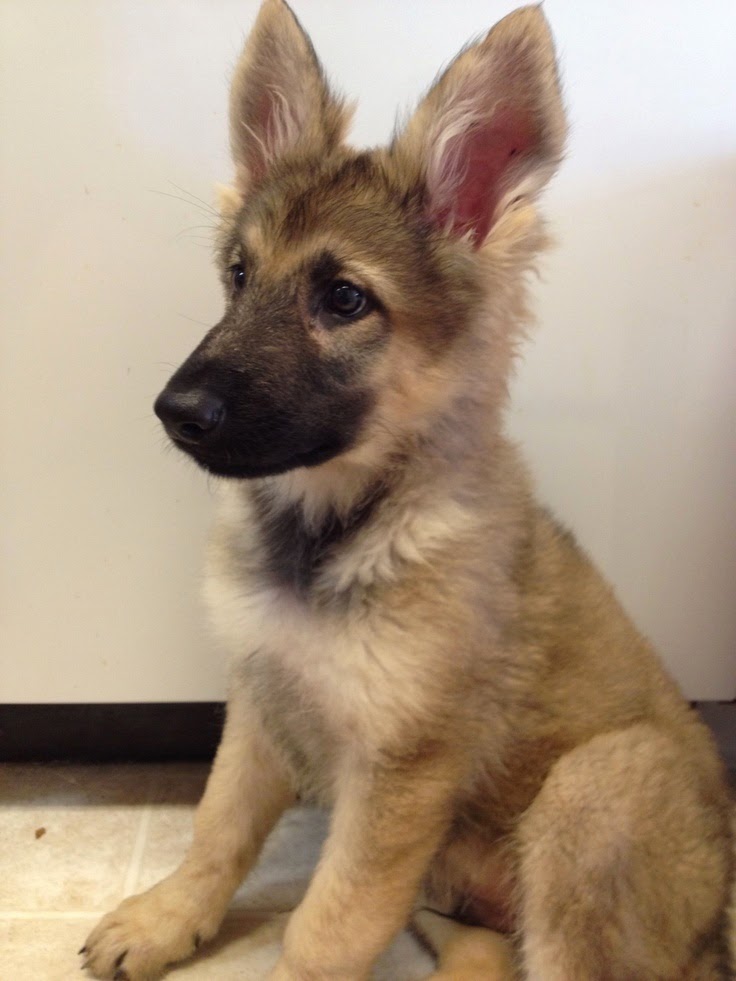 I was always afraid of dogs when I was a child.  I was attacked by a German Shepherd when I was nine.  It was not cute like this German Shepherd puppy is.  It was big and it chased me around and around the back yards of where we lived until it knocked me over.  I can remember screaming and screaming and screaming  . . . and running as fast as I could . . . and being so afraid.   I can remember feeling very tired but still running because I was afraid of what would happen if I stopped.  I thought I was going to die.  I was always small for my age and the shortest in the class.  This dog was huge compared to me and I was absolutely terrified.  It was like a nightmare come true.   I will never forget it.  I am still afraid of German Shepherds.  I probably always will be. 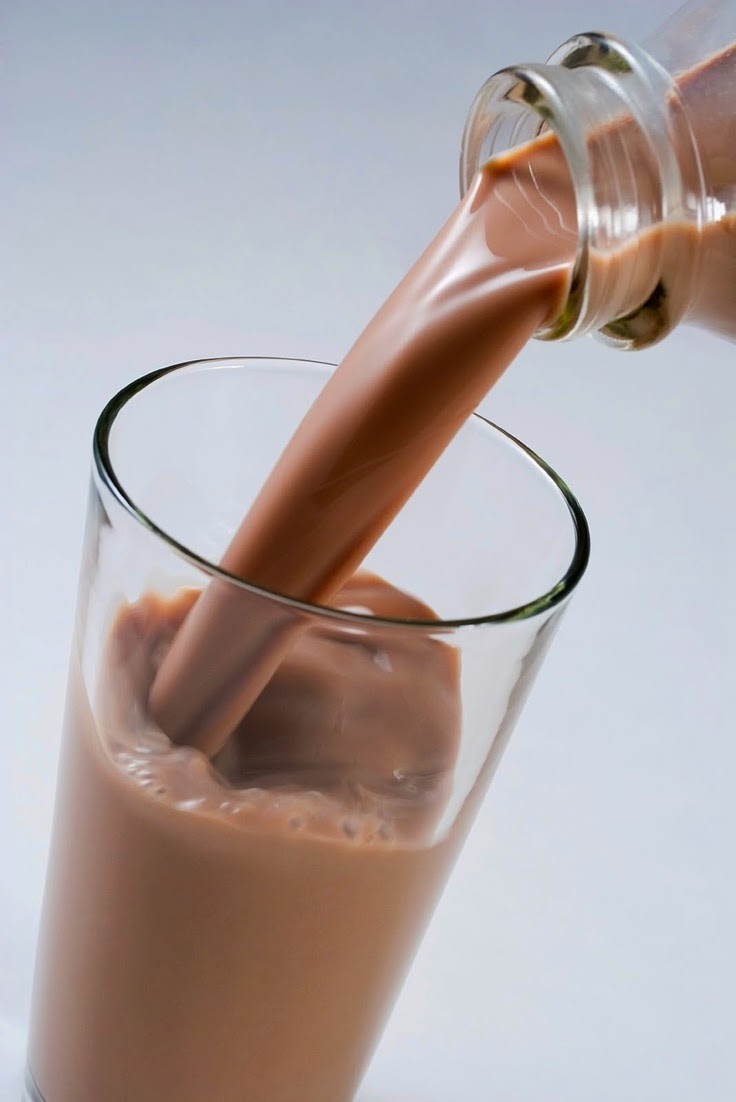 And there are five things about me.   Probably I have repeated myself.  I don't know!  Here's a bonus one, just in case.  My family all calls me Alice, which is my second name.   With a mother named Mary, and a sister Mary Cindy Louise, I always got called Alice and my sister always got called Cindy.  I started using my first name about 15 years ago now and cannot imagine being called anything but Marie, but my family all still call me Alice.  When I hear that name it feels strange.   On the other hand, I hate my ex husband calling me Marie. It makes me cringe.  I don't know why that is.  I don't want him to be a part of "Marie's life" I guess.  Alice was the person who was bullied and trod upon for all those years. Marie is brave and strong and capable.

Here is a little painting I did yesterday afternoon.  The flowers took me forever.   It is a bit different than my other ones.  The girl is a bit older.  Todd thought she looked oriental.  Not sure how I feel about it yet, but I am warming to it.

Happy Birthday to my big baby boy who is 39 years old today!  It's hard to believe that he is 39 years old. It seems like just yesterday they were putting him in my arms and I became a mother for the first time.   I was a single mum with him for a couple of years.  We lived with my parents.  That is my mom with him in this photograph.  I think he was about 18 months old in this picture.

He's always been my cheeky little chappie.  I love him with all of my heart.  We have always been very close and he is the one of my children who is most like me.   He has a tender, sensitive and giving heart.   I am very proud of him and always have been.

He is a great father to his boys, probably a much better father to them than I was a mother to him.  He's incredibly talented in many ways. He has a brilliant wit and has always been a fabulous writer.   He's a talented actor as well.   This has been a difficult year for him and his sweet little family.  I am hoping that this next year will be a whole lot better.   Happy Birthday Anthony.   As I am always telling him . . .  Yo Mama Loves YOU!

Cooking in The English Kitchen today  . . .  Easy Barbecued Brisket.  A simple meal which basically cooks itself.  We like it on toasted buns, but I have it on good authority that it's also quite tasty on baked potatoes!

Have a fabulous Thursday!