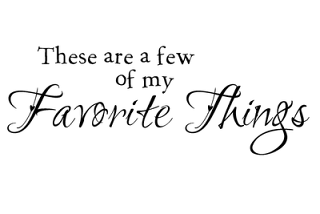 A few of the things in life that make my heart go pitty pat. Maybe they will do the same thing for yours. ♥♥♥    This week I am talking about my favourite ten books of all time. 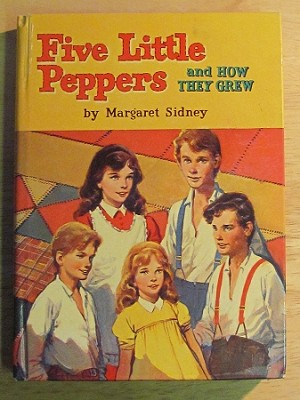 The Five Little Peppers and How They Grew by Margaret Sidney
This was my favourite book when I was a child.  I can't tell you how many times I read it.  It is the story of a poor family of five children and their mother Mamsie, a widow, who live in a little brown house. It begins with the Peppers in their native state and develops with their rescue by a wealthy gentleman who takes an interest in the family. I can remember reading about the oldest daughter Polly baking them a cake using some of their precious flour and sugar and wishing that I could bake a cake. I was given the book as a Birthday gift one year and I treasured it, reading it many times.  I lent it to my cousin when I was in grade 8 and never got it back. 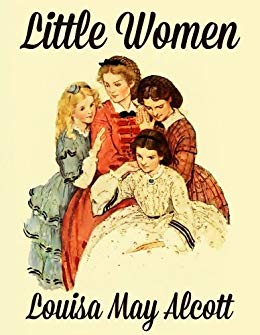 Little Women by Louise May Alcott
Little Women is a novel by American author Louisa May Alcott (1832–1888), which was originally published in two volumes in 1868 and 1869. Alcott wrote the books over several months at the request of her publisher. Following the lives of the four March sisters . . . . Meg, Jo, Beth and Amy. The novel details their passage from childhood to womanhood and is loosely based on the author and her three sisters.  I identified with Jo, who was the writer in the family, and to me, the most interesting character.  I can't tell you how many times I read this book in my lifetime. Many, many, many. 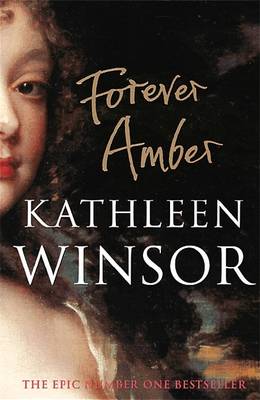 Forever Amber by Kathleen Winsor
Forever Amber tells the story of orphaned Amber St. Clare, who makes her way up through the ranks of 17th century English society by sleeping with and/or marrying successively richer and more important men, while keeping her love for the one man she can never have. The subplot of the novel follows Charles II of England as he returns from exile and adjusts to ruling England. The novel includes portrayals of Restoration fashion, including the introduction and popularization of tea in English coffeehouses and the homes of the fashionably rich; politics; and public disasters, including the plague and the Great Fire of London. Many notable historical figures appear in the book including Charles II of England, members of his court, and several of his mistresses including Nell Gwyn.

I think this was the first Historical Romance book I ever read.  I remember taking it out of the Library and really enjoying it.  I have read it many times since. 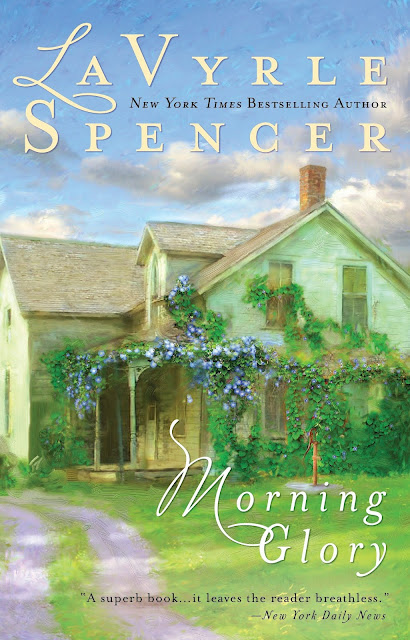 Morning Glory by Lavyrle Spencer
On the eve of World War II, two people are brought together by fate and discover an unexpected passion Tall, dark and handsome Will Parker has served time for the killing of a Texas prostitute, but keeps losing jobs as his reputation becomes known. In the small town of Whitney, Ga., at the beginning of WW II, he answers the advertisement of a pregnant widow and mother of two, the abused and reclusive Eleanor Dinsmore, who is looking for a husband. Soon in love with ostensibly plain, bedraggled Ellie, Parker dotes on her two boys, and works to support the family.

I absolutely fell in love with this book and with Lavyrle Spencer.  I would go on to collect and read every book she ever wrote. 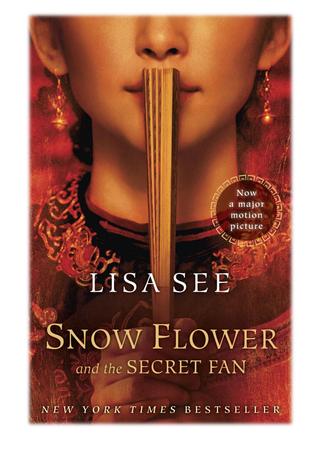 I absolutely loved this book and have read it several times. I found oriental culture fascinating and the story of the secret fan compelling. 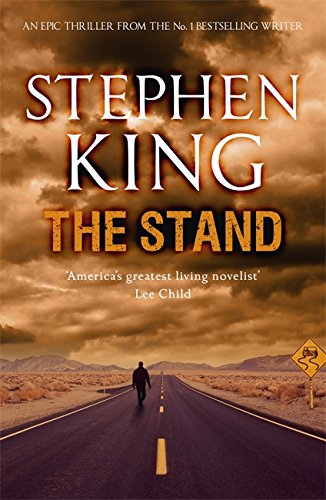 The Stand by Stephen King
Set in a plague-decimated US, King's thrilling American fantasy epic, is a Classic. First come the days of the plague. Then come the dreams. Dark dreams that warn of the coming of the dark man. The apostate of death, his worn-down boot heels tramping the night roads. The warlord of the charnel house and Prince of Evil. His time is at hand. His empire grows in the west and the Apocalypse looms. When a man crashes his car into a petrol station, he brings with him the foul corpses of his wife and daughter. He dies and it doesn't take long for the plague which killed him to spread across America and the world.It is the ultimate story of good versus evil.

I used to read all of Stephen King's books. This was my favourite of them all and I have read it several times.  I am not fond of his later books, but this one is a true classic, very readable and very well written. 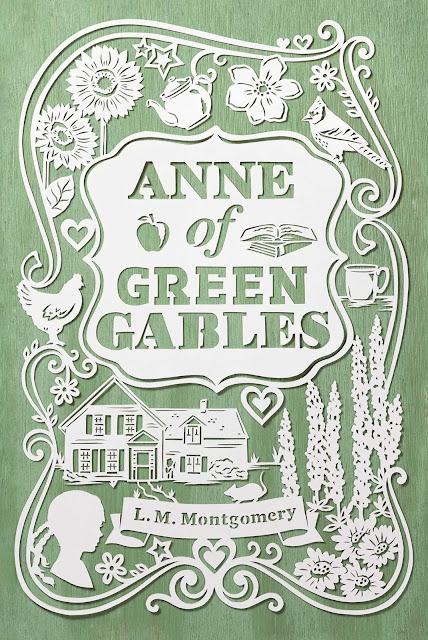 Anne of Green Gables, by Lucy Maud Montgomery
This is a 1908 novel by Canadian author Lucy Maud Montgomery (published as L. M. Montgomery). Written for all ages, it has been considered a classic children's novel since the mid-twentieth century. Set in the late 19th century, the novel recounts the adventures of Anne Shirley, an 11-year-old orphan girl, who was mistakenly sent to two middle-aged siblings; Matthew and Marilla Cuthbert, originally intending to adopt a boy to help them on their farm in the fictional town of Avonlea on Prince Edward Island. The novel recounts how Anne makes her way through life with the Cuthberts, in school, and within the town.

Believe it or not, I did not read this when I was a child, although I did know of her and had seen the play in Charlottetown, PEI, and been to the house, seen the film, etc.  I only actually read the book a few years ago and loved it. 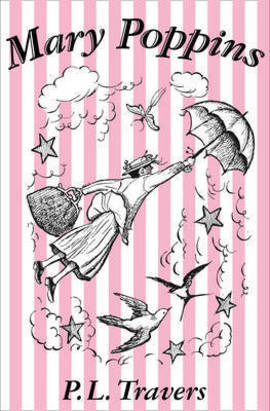 Mary Poppins by P L Travers
When the East Wind blows, Mary Poppins the nanny flys/walks into the lives of the Banks family and life is never the same for them again. The Banks children, Jane and Michael, change nannies just about as often as most people change their clothes. It's not that they're naughty, exactly, just awkward. Everyone in the household is at their wits' end with them until Mary Poppins arrives! The Classic tale from P.L Travers. This, the first book about Mary Poppins, will be familiar to everyone who has seen the film. For it is in this book that Jane and Michael draw up their advertisement for a nanny, and Mary Poppins appears out of the sky with her parrot-headed umbrella which talks. She is strict but fair, slides happily up the banisters, and takes the children on the most extraordinary outingsm to a funfair inside a pavement picture; to uncle Andrew who sails up to the ceiling when he laughs, which she firmly denies afterwards. Needless to say, the children are devastated when she leaves, but by then, they and their parents are far more of a family than they ever were before Mary Poppins appeared. 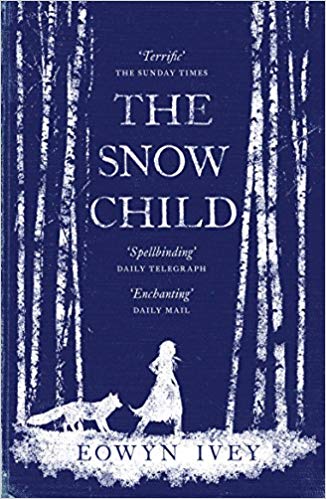 The Snow Child by Eowyn Ivey
Eowyn Ivy’s The Snow Child was published in 2012 and is a frank retelling of the Russian fairy tale “The Little Daughter of Snow.” Ivy reimagines the story as the tale of a childless couple, a feral child, and the bleak yet beautiful wilderness of Alaska. Mabel and Jack have moved from Pennsylvania to the Alaskan wilderness because Mabel cannot get over the grief of having had a stillborn child. She believes that in the haunting landscape of Alaska, she will be able to go the rest of her life without hearing the laughter of children.

Mabel considers killing herself. She is too afraid to handle a gun, so she walks out onto the river, hoping that the ice will give way. Her attempt is unsuccessful, and so she heads home. Her husband is experiencing his own sort of despair as he struggles to tame the wilderness on their homestead and to grow enough food to feed them both. He has nearly decided to work in the mine over the winter, but he meets a friend who changes his mind. That afternoon, Jack and Mabel meet near the barn and in a rare moment of lightheartedness, build a small snowman. They dress the snowman as a child. That night, Jack gets up and sees a child running outside. She is wearing the mittens and scarf from the snowman. Mabel sees her later, too, and begins to associate her with the character in the Russian fairy tale.

I absolutely fell in love with this book and have read it several times since I first read it in 2012. No doubt I will read it again. 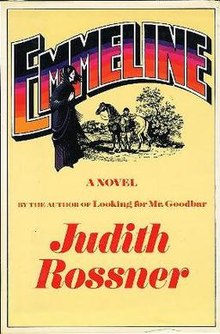 Emmeline by Judith Rossner
Published in 1980, Emmeline details the local legend of a woman who becomes ostracized by everyone in her hometown in Maine after a shocking, long-held secret becomes public. The story is a fictionalized account of the life of Emeline Bachelder Gurney. Both anecdotal and documented evidence have been found about Gurney's life.
In 1839, thirteen-year-old Emmeline Mosher lives on a farm with her family in Fayette, Maine. Times are hard, so when Emmeline's paternal aunt suggests that she go to Lowell, Massachusetts to support her family by working in a textile mill, Emmeline dutifully leaves home. When she arrives in Lowell, she is sent to live in a boarding house for young female mill-workers. Emmeline is a good worker. However, she is unable to befriend any of the other girls, (because of being a favorite by Mrs Bass) who look down on her due to her country ways and her relative youth.

Lonely, Emmeline is easily seduced by the Irish-born husband of the factory owner's daughter. She becomes pregnant, although she is not immediately aware of her condition. The mill expels her and the embarrassed boarding house landlady contacts Emmeline's aunt, who lives in the neighboring town of Lynn, Massachusetts, and evicts the girl.

Fearful of Emmeline's parents' reaction, Emmeline's aunt and uncle help her conceal the pregnancy. They send letters and Emmeline's savings (which they pass off as her regular salary) to her parents. They also arrange to have Emmeline's baby adopted. Emmeline imagines she is going to have a girl; gives birth to what she believes to be a girl; her aunt refuses to let her see the child or to tell her its sex in the belief that Emmeline can more easily recover and give up the baby up that way. Emmeline returns home to Maine soon after giving birth shortly thereafter.

Part 2 of the book carries on from there.

This is my absolutte favourite book of all time.  I cannot tell you how many times I have read the book, its numerous, and I know I will continue to reread it until the end of my time.  I love this book because the story is based on a real life story and it is a very compelling read.

And there you have it. My top ten favourite books of all time!  What are some of yours? 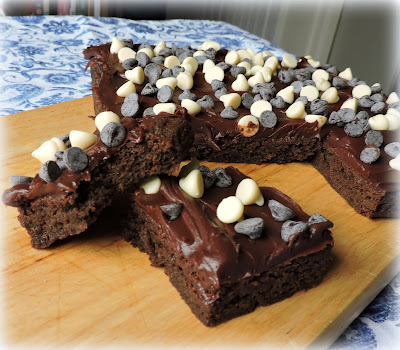 In The English Kitchen today  . . .  Oreo Hot Choc Brownies.  Deliciously different!  These were so good that I had to give them away in case I ate them all by myself!  (That wouldn't have been a very good thing!)

Have a great Thursday.  Don't forget!

Email ThisBlogThis!Share to TwitterShare to FacebookShare to Pinterest
Labels: My Favourite things