The Little Parable for Mothers . . . 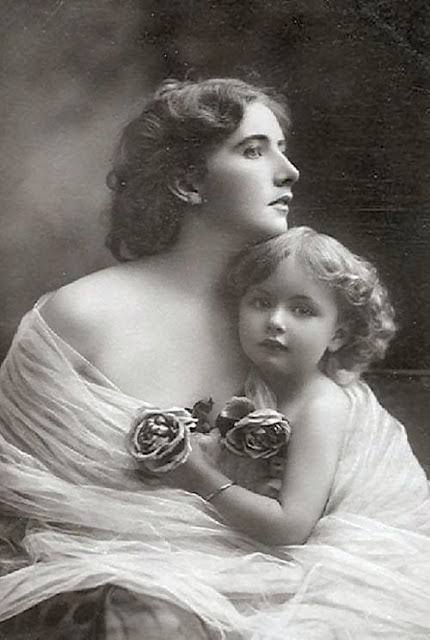 The young Mother set her foot on the path of life. "Is the way long?" she asked. And her guide said, "Yes.  And the way is hard.  And you will be old before you reach the end of it.  But the end will be better than the beginning."

But the young Mother was happy, and would not believe that anything could be better than these years.  So she played with her children, and gathered flowers for them along the way, and bathed them in clear streams, and the sun shone on them and life was good and the young Mother cried, "Nothing will ever be lovelier than this." 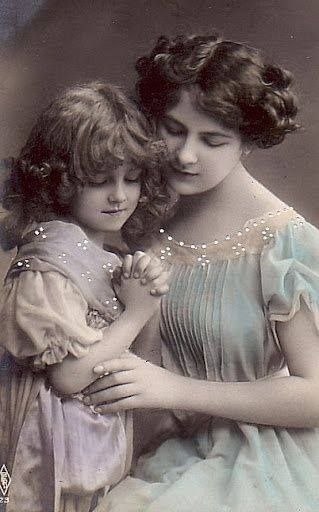 Then came night, and storm, and the path was dark, and the children shook with fear and cold, and the Mother drew them close and covered them with her mantle, and the children said, "Oh, Mother, we are not afraid, for you are near and no harm can come."  And the Mother said, "This is better than the brightness of day, for I have taught my children courage.  Today, I have given them strength." 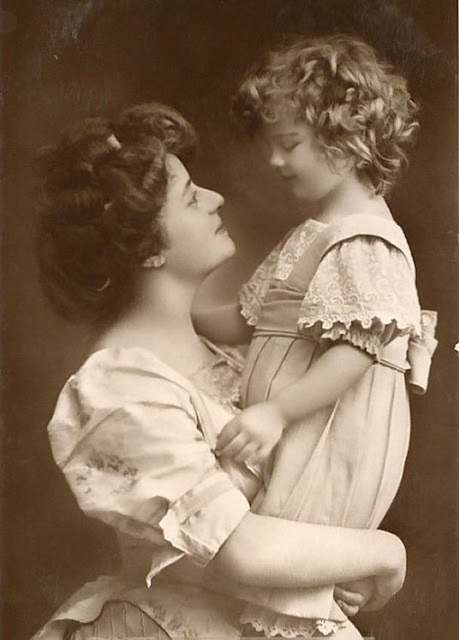 And, with the next day, came strange clouds, which darkened the earth . . .  clouds of war and hate and evil, and the children groped and stumbled, and the Mother said, "Look up.  Lift your eyes to the light." And the children looked and saw above the clouds, an Everlasting Glory, and it guided them and brought them beyond the darkness.  And that night, the Mother said, "This is the best day of all, for I have shown my children God." 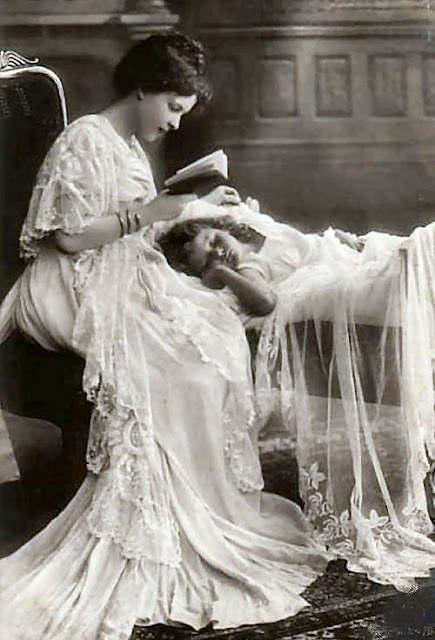 And the days went on, and the weeks and the months and the years, and the Mother grew old, and she was little and bent.  But her children were tall and strong and walked with courage.  And when the way was hard, they helped their Mother, and when the way was rough, they lifted her, for she was as light as a feather, and at last they came to a hill, and beyond this hill they could see a shining road and golden gates flung wide. 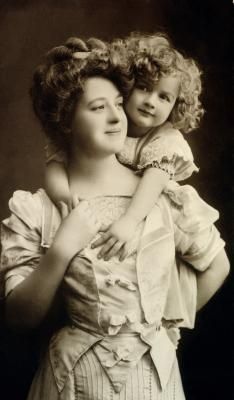 And the Mother said, "I have reached the end of my journey.  And now I know that the end is better than the beginning, for my children can walk alone, and their children after them."

And the children said, "You will always walk with us, Mother, even when you have gone through the gates." 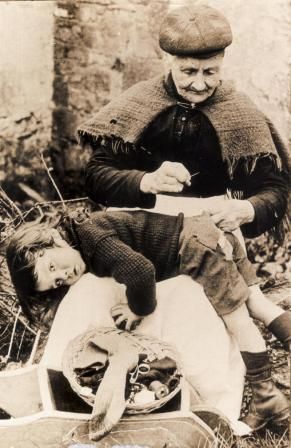 And they stood and watched her as she went on alone, and the gates closed after her.  And they said, "We cannot see her, but she is with us still.  A Mother like ours is more than a memory.  She is a Living Presence."
~Temple Bailey 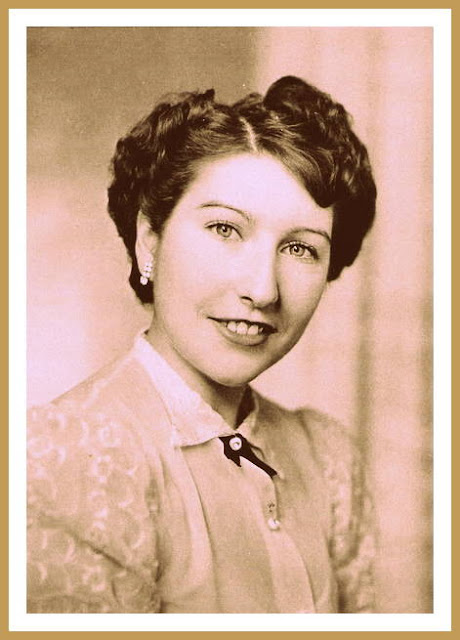 To all you women out there . . . I want to wish you a very Happy Mother's Day.

Even if you haven't ever been blessed to have children of your own, you are a Mother.  I am sure there are hearts you have touched and fostered in some special way.  That makes you a Mother.