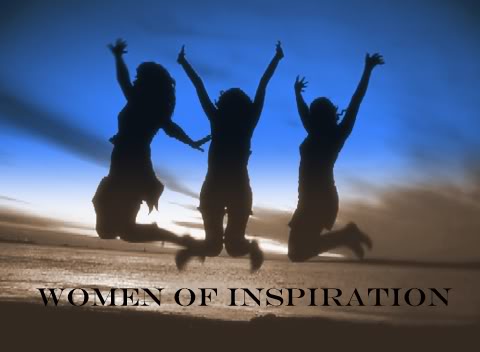 Today is International Woman's Day!  I love the idea that we have a day to celebrate being just who we are and all that we have accomplished as women.  We have come a long way and yes, we still have a long ways to go.  There are many countries in the world where women are still treated very much as worthless and second class citizens, as objects, possessions,etc.  We in the West don't really have a lot to complain about.  Job equality might be the big thing, equal pay for equal work, but I think for the most part we are treated quite fairly. I have no complaints at any rate!  This year's theme is "Be Bold for Change."  I have been thinking about what I would change if I could, and about the only thing I could think of is the way women look at themselves and how they undervalue themselves.  I blame the media a lot for the way we feel about ourselves.  We have sixteen year old girls modeling for make-up, wrinkle creams, clothing, etc.  They have never born a child (hopefully) or experienced a lot of the bumps in life that most of us have.  Young, slim and wrinkle free they smile out at us from every shop window, magazine, television ad, etc.  Air brushed even at their age, they raise the bar to an unacceptable, unachievable level.  You haven't come a long way baby until you learn to embrace the grey, wrinkled and experienced,  and can celebrate women for who they really are, and for their real accomplishments in life, not their celebrity.


When I think down through the years of my life, I can clearly see where there have been many women throughout the years that have influenced and inspired me. I thought it would be fun to start a new feature on here, where, once a week, I will write about one such woman, and I will begin this week with a woman named Mary. I won't use her real name because I don't want to embarrass her and I know she wouldn't like that. Mary was a woman that I became acquainted with back in the 1990's. She was a member of my church, but I was not a member myself at the time. I didn't meet her through the church either, but through another good friend of mine, named Leona, who introduced us. They had met through an Alzheimer's Support Group, and Leona thought I would really enjoy meeting Mary.

I was so pleased when I met Mary. She was a lovely woman and I always really enjoyed her company. We became great friends, and we often got together for lunch or even just for a couple of hours of friendly companionship. We talked about the gospel from time to time and she knew just how sad and heart broken I was that I was not allowed to join the church at that time. She was my friend no matter what. I was always so impressed with her cheerful attitude about things, despite what might have seemed to others to have been some really serious and discouraging challenges in her life. Her daughter had real behavioural problems and was always getting into one scrape or another. One of her sons was severely mentally retarded and could not even speak. He needed a great deal of care in every way, yet Mary always cared for him with love and compassion and with joy. Her eldest son was the most normal of the three, but I believe even he had some problems.

George was a salesman and was on the road a lot of the time, travelling here and there throughout the province. It was on one such of these travels back in the mid 90's that he ran into a severe snow storm. Driving was horrendous and quite dangerous. He came upon a bad accident which had involved a number of vehicles and he stopped to see what he could do to help out. NO accident vehicles had been called for at the time. He went to every vehicle to see if anyone in them needed help and to assist where he could. When he came to the last one he happened upon a woman who clearly needed an ambulance and after talking to her for a time, he told her he was going back to his vehicle to call for assistance. The woman didn't want him to leave, but he told her he must. He went back to his car, where he had a car phone. (Quite something in those days and most unusual) He was able to call for help and it was afterwards when he was on his way back to the car that the worst thing you could imagine happened. He was hit by a transport truck and flung over into a field, where the fast falling snow began to cover him.

The ambulances and emergency people came, but nobody could account for the person who should have been in George's car. The woman he had spoken to clearly remembered a man coming to speak to her and going for help, but he could not be found. The search was on, and after spending a full 2 days in the field at the side of the highway, and covered in snow, George was finally found. He was alive, but paralyzed completely from the neck down. If not for the cold temperatures of the snow, he would have died. He lost some of his toes and fingers to frost bite and was in the hospital for a very long time, and never did regain any of his mobility.

This couple were amazing. Mary never faltered in her faith, nor did George. There are some people who might have turned against God had something as devastating as this happened to them, but not them. They were an inspiration to everyone who knew them or had the opportunity to work with them . . . hospital personnel, friends, acquaintances, etc. George went through the many, many months of recuperation in hospital with Mary at his side and eventually was able to return to his home, where Mary cared for him with devotion and love until his eventual death some years later. I know that she cherished every moment she was given with him, and he with her, despite the difficulties and challenges they faced.

One might wonder why some people are seemingly given more challenges than it seems humanly possible to bear . . . and there is no real answer to that question . . . this life we are given here on earth is a time of trial and testing for each of us. Some of us face deeper trials than others, whilst some of us seemingly live charmed lives where very little seems to go wrong. All of us will face problems from time to time. It is inevitable. The difference lies in how we cope with them. You can lie down and let them beat you of course . . . but what will have been accomplished, what is the purpose of that? Or you can gird up your loins and cling to the Saviour and His example . . . He who suffered more than any of us can imagine and who knows first hand all of our suffering and pain, and who can carry us through anything life can throw at us, His strength helping us to endure to the end.

This was the inspiration and example Mary set for me. There have been many times in the ensuing years, when faced with difficulties of my own, I have thought of Mary and her fine example of faith.  I have not heard of Mary in many years.  I did try to get back in touch at one point, but was unable to find her.   So, today I want to thank Mary for her gift to me. Her inspiration and influence have helped me greatly in my life. She is a true woman of inspiration and courage.

Another day of Radiation done and dusted.  Its going well so far.  We were both greatly cheered last evening by a visit from our Missionary Sisters.  I had been going to go out and teach with them, but the teaching appointment fell through and so they came to visit us instead.  They hadn't had any supper, so I rustled them up some soup and sandwiches and we got to talk for a bit.  They are such brilliant young women, and I love the special spirit they bring into our home.  Of course Mitzie loves having them here also.  I think she thinks that they come just to see her and for no other reason.  ☺ 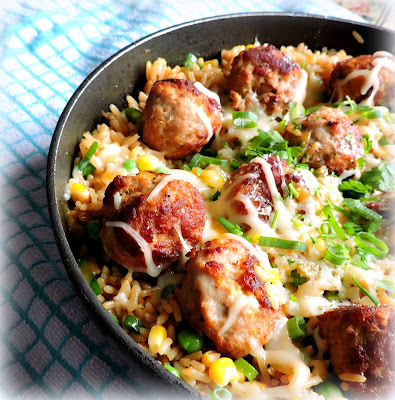 I hope that you have a great day today.  May your day be truly blessed.  Don't forget . . .