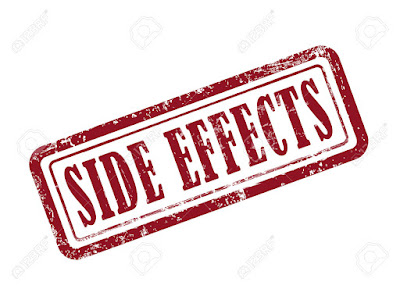 The side effects have kicked in now.  Totally after the treatments.  I hope that they don't take as long to wear off as they did to kick in. Poor Todd.  Battling that along with a "man-cold," he is going through the wars at the moment.  I think he must have gotten a good night's sleep last night however because he didn't wake me up at all travelling back and forth to the bathroom, and has been very quiet all night.  So quiet in fact that I just had to go upstairs and check on him to make sure he was still warm.  I know, silly me . . .  but I had a morbid thought and then it just wouldn't leave my head until I had checked.  He was toasty warm and all is well.


I hate it when I have thoughts like that
That is when my ocd kicks in
and there is no  stopping
me until I check
things
out. 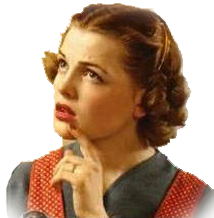 It happens every time we go somewhere.   It kicks in almost as soon as I go out the door.   Hmmm . . .  did I lock the back door?  Did I turn everything off?  Do I have my keys? Have I got my wallet?  Did I lock the back door? (I usually ask myself that multiple times until I go back in to check.) Did I leave the fridge door open?  Et al ad nauseum.  It drives Todd crazy.  That is, until his kicks in . . .  and he starts to wondering  . . . .


Did he lock the back gate?
flush the toilet?
put on his
shoes?

Don't laugh.  We have a friend who goes literally everywhere in his slippers.  I think that is a lot more common than we think because, the other day when we were in the car on our way to the shops, we passed a lady in her bathrobe, pj's and slippers walking down the road (we supposed towards home) sucking back on a coffee she had just literally picked up at the Spar, which is the equivalent of your 7/11.  I could not do that. 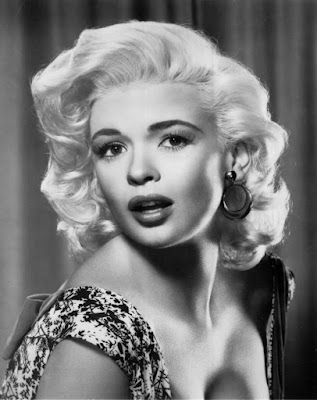 Before I can go out the door.  Heck, even before I can answer the door.  Every hair must be in place. Make-up applied.  Be suitably attired. Have brushed my teeth. Checked the back door (if I am going out.) Got my bus money. (just in case.) Am wearing clean underwear,  and I always, always, always  . . .

Please tell me its a woman thing, and not an obsession. 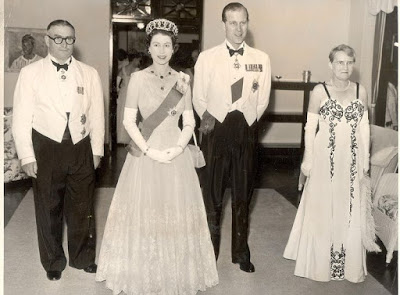 That's not to say that there are not plenty of things I do obsess on. Because there are.  I have plenty of things I obsess on. Like what's in the Queen's purse?  Have you ever seen her go anywhere without a purse?  She always has that purse.  WHAT'S IN IT?  Tissues?  Change for the phone?  Lipstick? A hair brush?  What?  I need to know!  In fact I think that would make a great game.  What's in the Queen's purse.  You could have a deck of cards which all have articles on them, and a plastic purse.  Shuffle the cards, pick four and put them into the purse and then everyone has to spend the rest of the time of the game figuring out what's in the Queen's purse. Is that a million dollar idea or what?  It's okay. You can steal it.  I won't mind.  Well, maybe just  a little bit. Especially if

it makes you a
million
bucks
... 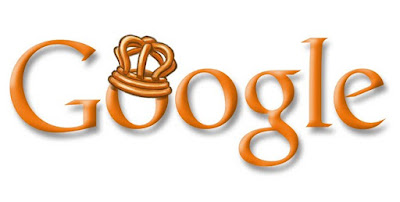 I am the Queen of Google.  I quite literally spend oodles of time each day googling things. I can't watch a television show without googling something. Who is that actress married to?  Does she have any kids?  How old is she?  What does her partner look like? What else has she been in?  Where was this show filmed? and that is just the things I look up about the people that are acting in the shows.  Then there are questions like . . .  Is there going to be another series?  How many series have there been?  If there is a new series when is it going to air?  Was it based on a book?   And as I am looking these things up, I am telling Todd what I am finding out.  It drives him mad.  He is always telling me, he doesn't care what they had for breakfast or if they have a pimple on their buttocks. 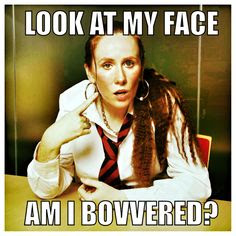 In fact, then he starts obsessing on whether I am actually watching the show we are watching. or am I just sitting on the iPad looking things up.  I end up trying to do it surrepticiously, so that each time he glances my way my eyes are glued on the telly, while my fingers secretly swish across my iPad screen . . .  like a cat silently stalking it's prey across the room. You never see them moving, but they slowly inch their way across.  Its the same with me and google when I think Todd is watching me.  I have the "I'm watching it!" look down to an art.  Or do I? Hmmm . . . 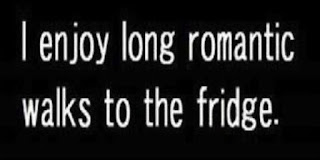 Another thing which drives him crazy to distraction is the fact that I can never, never, NEVER settle in to watch a program,  but what I immediately have to get up and get something.  A glass of water. My pills I forgot to take earlier. A tissue. My knitting. My iPad (see above). The box of chocolates. A few treats for the dog, etc. etc. etc.   I think it is a bad habit.  I think it is a compulsion. I try hard not to, but  . . . it never fails. I will have forgotten something and it will be something I have to have NOW.  He finds that habit of mine really irritating, but then I remind him . . .


At least you are not on your own.
I'm here and you will
never ever be
alone
again
...

Yep, no more hamburgers for Christmas Dinner ever. Sometimes you just have to  . . . 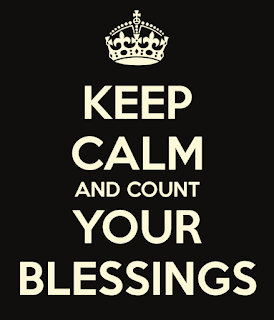 and with that I will leave you with a thought for today  . . . 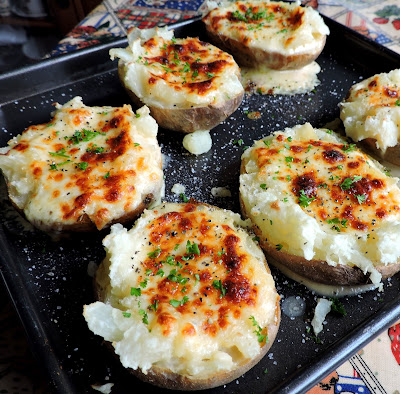 In The English Kitchen today . . .  Byron Potatoes.  These are delicious!

Have a great Wednesday!  (How did that happen?  Wednesday already???)  Don't forget!