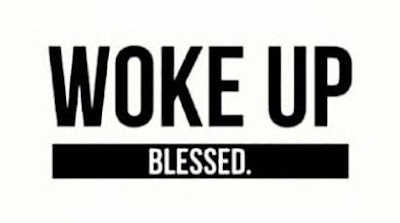 I am a bit later getting up this morning.  I had one of those  nights last night where I was sooooo tired, but then couldn't seem to fall asleep when I got into bed.  I hate it when that happens.  I ended up going into the spare room about one in the morning and reading.  Eventually I did fall off, which was good.  I suppose a night like that happens to us all every now and again.  The important thing is I did sleep eventually, and I woke up feeling fairly rested and ready to go! 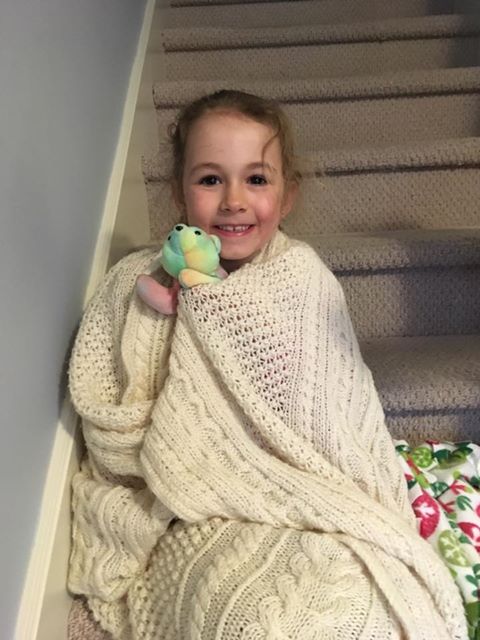 My daughter posted this lovely photo of Maryn yesterday.  What a beautiful child she is and that hair of hers  . . .  it is curly like mine and the colour.  That's her daddy's colour, but she has her momma's eyes and smile.   Oh how I wish I could spend time with her.  I had that one day five years ago, but that is it.   Nobody's fault but my own for living so far away.  I was thinking that I am going to try to write her a letter once a month.  Now she is six, I think she might like that.  What do you think?  I can remember my children being thrilled when my mother wrote them letters.  I still have the letters in safe-keeping.  Thought one day they might appreciate them. 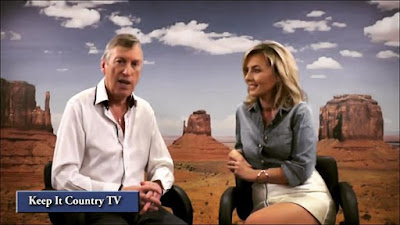 Todd was a very happy camper yesterday afternoon when he discovered Keep it Country is back on our Free Sat.  we are both HUGE country music fans.  The channel had disappeared back in January from Free Sat when the channel changed servers.  You could get it online, but it was not the same as having it on the telly.  We have kept checking and checking and finally yesterday we were rewarded.  Country Music is not as big over here as it is in North America I don't think.  At least as far as television goes.  There are a bazillion pop channels, but not much in the way of country, unless you move to Irish Television.  The BBC has one hour long show on Thursday evening on the radio, but there is a huge dearth of country music over here.   When we discovered Keep it Country on our Free Sat we were thrilled to pieces. So happy it is back!

Todd had his fourth treatment yesterday.  It was in the morning this time, so he had to be ready to go early yesterday.  The best thing about that was he was home again before noon.  They have given him a huge tub of cream for when his skin begins to be irritated which I think will kick in at some point.  He says the treatment itself doesn't take very long at all.   They said the side effects probably won't kick in until he is about half way through the treatments.  So far he feels alright, just tired.  Thanks so much for all of your prayers and happy thoughts.  They mean the world to the both of us! Speaking of Happy Thoughts, there was a knock on the door on Thursday when Todd was away for his treatments.   I opened the door to find the young lad from next door on my doorstep with these flowers and a card for Todd.  What a lovely gesture from his mum.  It really made Todd's day when he got home and saw them.  We have been very blessed with our neighbors, we really have.  The ones on the right hand side you never really hear.  He keeps an eye on our place if we are going to be away and we keep an eye on his.  I bake them a banana fruit loaf every Christmas because they like it and they are always so kind and take my packages when the postman delivers and I am not home.  Then there is Maxine and Cory on the other side, who sent the flowers.  She is a single mum and so kind.  She is the one who gave me the corner cabinet for my dining room.  We keep an eye out for each other also.

Good neighbors are a blessing.  It is ever so horrible when you have bad neighbors.   There is a program on the telly over here called "Neighbors from Hell."  Next week this family from where I live are going to be on it, and let me tell you, they truly are the Neighbors from Hell.  Some of our friends lived next to them when I first moved over here, and they went through misery living next door to this family.  They were loud, obnoxious, terrifying, loutish, anti-social, scary, threatening, etc.  You name a bad thing and they were it.   Our friends had cameras installed outside to film their behaviour and everything.  They had to prove the behavior before the council would re-house them.  Thankfully eventually the council moved our friends to a new house, but they went through hell to get it.

Todd and I witnessed the bad behavior ourselves.  We were walking to the shops one day and their boys had been throwing rocks at cars driving by and one of the drivers had stopped his car and gone to the door and he was getting a mouthful of foul abuse from the mum while the boys stood by sniggering and laughing at the man.  When we were at the shops we saw those same boys in the shops with a load of pocket money buying up sweets.  A reward for bad behaviour we assumed.   The mind boggles.  Here we are some fifteen years later and this family obviously are still "neighbors from hell," still living in the same place and still causing problems for their neighbors.   I shall be tuning in for curiosities sake! 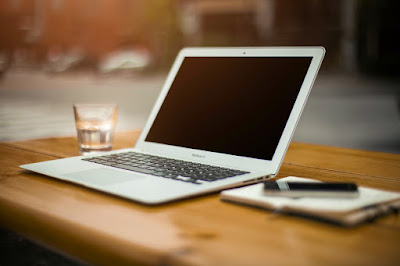 The cookbook is coming along great.  I have sent off four finished chapters and have three others partially finished.  Its not going to be exactly as I had envisioned my first book being, but that is largely because of time constraints and the short length of time I have been given to finish it.  I am hoping next time that I will be able to do it all the way I wanted to do it, and I really do hope this one does well and that there is a next time.  A lot depends on how well this does as far as sales goes.  In any case, if I never have the chance again, this has been a dream come true and something I have wanted to do since I was a young girl.  A pinch me experience for sure.  Plus I have orders for two commissions artwise.  That licensing agent has done nothing for me.  I am counting the days/years until my contract is finished with them.  At least they finally filled in my bio-page, which is something. 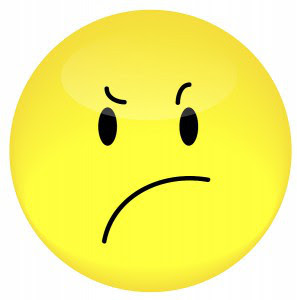 In trying to bring back my feedjit on the cooking blog yesterday, I cleared my cache without thinking I would lose all of my most visited sites, passwords, etc.  Grrr . . . Good thing I write all that stuff down, but it has been a real pain getting them all up again, and . . .  I still can't get feedjit on my page no matter what I do.  I really liked feedjit and seeing all the different countries my readers came from.  I miss it.


And how has your week/day gone?
Good
I
hope!

A thought to carry with you.

Have a great Saturday!  Whatever you get up to, wherever you go, don't forget!