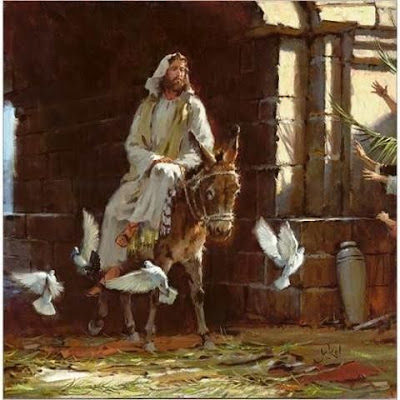 So today is Palm Sunday, the day when the Saviour entered Jerusalem to celebrate the Passover, as the crowds cheered him on and lay palm fronds down before him, shouting Hosanna to their king. As a child in Sunday school, we were given dried palm fronds  as a special significance of this day and we kept them all year long to remind us of this important event.

As an adult I have often pondered this day and the week that follows.  How people who cried out in adulation at his arrival, could just a week later, be hollering Crucify him. But it had to happen.

The old testament contains many prophecies about the coming Messiah, and most pertained to His death and were fulfilled during His lifetime and yes, His death. You can read about some of those here. 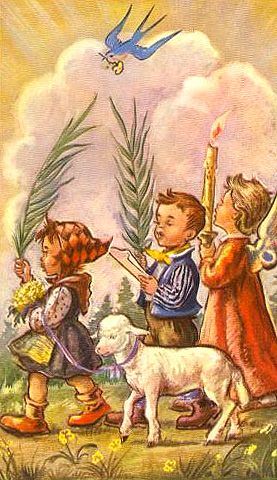 “In that most burdensome moment of all human history, with blood appearing at every pore and an anguished cry upon His lips, Christ sought Him whom He had always sought  . . . His Father. “Abba,” He cried, “Papa,” or from the lips of a younger child, “Daddy.” This is such a personal moment it almost seems a sacrilege to cite it. A Son in unrelieved pain, a Father His only true source of strength, both of them staying the course, making it through the night . . . together.”
~Jeffrey R. Holland


I have asked myself through the years of pondering the events of this week, would I have stayed faithful?  Would I have betrayed my allegiance to the Saviour?  I like to think that I would not have, but then when I realise that even those who were closest to Him turned their backs on Him, I am not so sure.  I . . .  now  . . .  have the benefits of ALL the scriptures to teach me, have the words of His Disciples and the special witnesses of all that happened during that week, and during the crucifixion and in the weeks to follow, right on up to his Ascension . . . so it is easy for me to believe now, and to not lose faith, much easier than it would have been then. 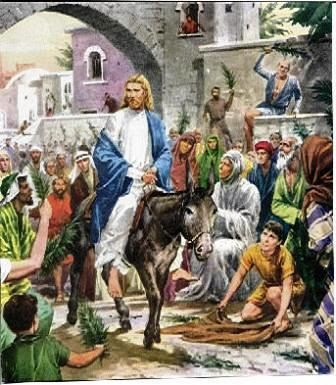 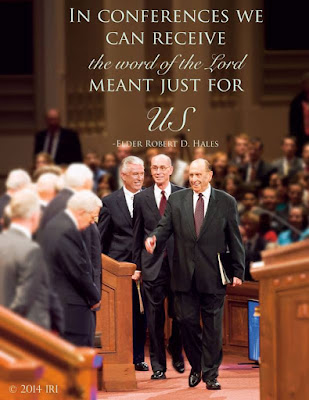 I love that oftimes the Spring Sessions of General Conference for our church co-incide with Easter.  I love General Conference.  I love listening to all of the talks and pondering during and afterwards on all the things we are taught.  This time around we have a new Prophet and a new first Counsellor in the Presidency.  I have had the privilege of having been in the physical presence of  and having shaken the hands of both President Nelson and President Oakes when Todd and I were on our Mission.  The privilege of witnessing in person the greatness of these men.  What a blessing in our lives this is, to know personally of their suitability for the offices they now hold and serve in.  Anyways, I am really looking forward to Conference next weekend and excited about the impressions and inspiration I will take away from it.  I can't wait! 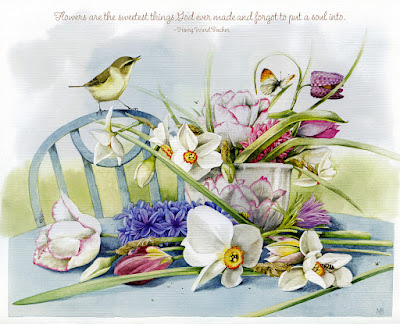 So Spring is Springing here!  Our daffodils are in bloom, and the crocus too, as well as the Camellia by the front door.  I remember when we moved back to Chester, eight years ago now, it was waiting to greet us and quite cheery in its greeting.  Like a good omen that what we were doing was the right thing.  And it was.  The right thing.  And every year it blooms again at this same time and reminds me of God's goodness.

Todd was out there yesterday puttering about a bit in the garden.  Its been so wet over the Winter that he hasn't been able to get much done, but we are hoping for drier days ahead, and sunnier days.  So is Mitzie because in the Winter we don't let her over onto the grassed area because of the wet and muck.  She stands at the gate longingly looking and hoping.  When she is finally let over, she will be so happy.  We were snuggling on the sofa last night.  Its hard to believe she will be 8 in June. 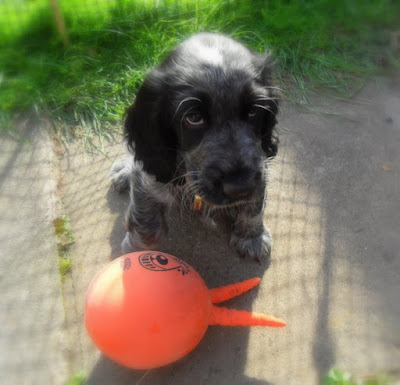 She was such a cute little puppy.  So happy (despite her sad looking eyes.)  She's brought us so much joy in those eight years. 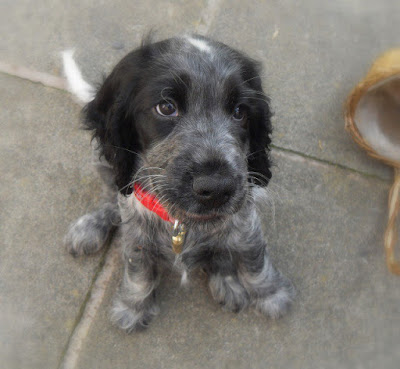 I cannot imagine a life without her in it, but I know she is now almost 2/3 of the way through her life and it makes me sad when I think about it, so I won't.  They say the price of love is . . .  grief.

And with that I best leave you with a thought for the day!  I will make it a cheerful one! 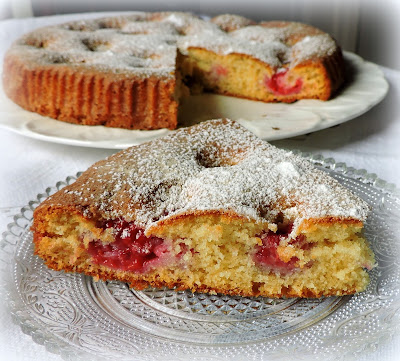 Have a wonderful Sunday!  Don't forget!