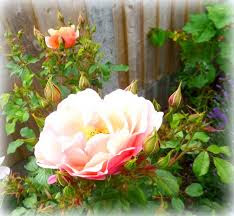 I was in the back garden yesterday, puttering about. I had taken the potato and onion bins out there to go through them.  We'd been getting some tiny flies in the house and that was a sure sign to me that something had gone off and the culprit is usually either the potato or the onion bin.  It was the potato bin.

So anyways, I was out there at the patio table going through them and I kept hearing this noise, like a bunch of wasps buzzing.  It sounded like they were really close and then they sounded far away, and then close again . . .  very disconcerting. I hate wasps. They sting and I am really quite afraid of them. 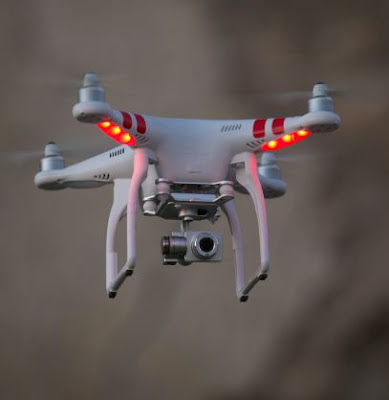 Well, it wasn't wasps.  I was being terrorized by one of these.  A drone. I don't know who it belonged to, but it kept going away and then flying right back towards me and hovering over me.  I did not like that at all.  I felt like my privacy was being compromised. Perhaps someone had just gotten one and they were practicing using it, or whatever.  It wasn't nice having this thing practically dive bombing me.  I did not like feeling like I was being watched or filmed or photographed without my consent.  What do you think?  How would you feel about that?  Just curious. I think there should be strict rules about the use of them, and not being able to terrorize people in their back garden should be one of them.  The little dog next door was going spastic over it. 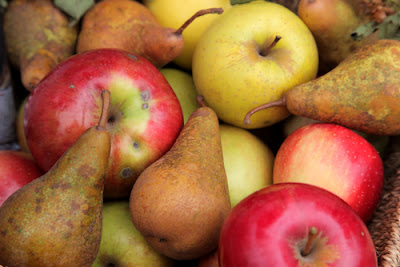 Todd picked all the pears and apples yesterday so guess what I am going to be doing.  I am going to be making jam or something.  I don't have room for them in the freezer and they will need using up pronto.  I should just make pear and applesauce, but again, there is no place for it in the freezer.  I will probably make jam, or butter.  We'll see.  I need to buy jars.  And sugar. Jam Sugar.  Plus I have a bunch of plums that need using. 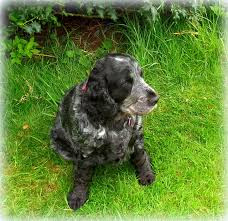 The fireworks have started banging again at night.  Mitzie doesn't like them at all.  They went on for quite a while last night.  She wouldn't go out to do her business when it was time for bed.  Todd even tried to go out with her, but she wasn't having it.  There was no way.  Not for love nor money.  That's the only thing I don't like about this time of year.  The fireworks. Bonfire night isn't until the 5th of November. Why they have to start setting them off in September I will never understand.  Most people's pets do not like them at all and I wonder what the local wildlife thinks.  They are probably terrified.  Poor things and they have nobody to cuddle them and tell them its going to be okay. 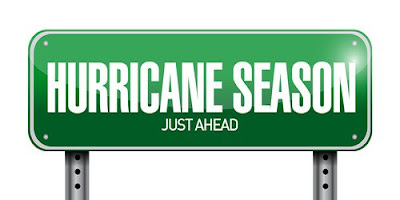 The caribbean is being assaulted by yet another major catastophic hurricane.  Unbelievable when they haven't even had a chance to recover from the last one.  My heart goes out to them and my prayers as well. How utterly, utterly awful.  Add to that the earthquake in Mexico, the wildfires which have been burning out west . . . the genocide which is happening against Muslims in Burma which the Burmese Government says isn't happening. (Half a million people don't flee to another country to starve to death if nothing is going on) etc.. terror attacks in my own country, school shootings in Spokane . . .  and don't get me started on North Korea.

What. The. Heck.
If these aren't signs of the latter days, I don't know what is.
And we know it will get worse. 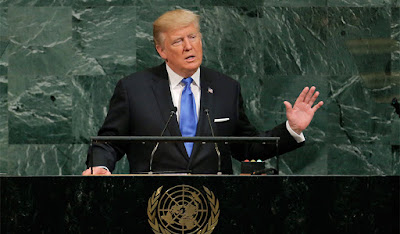 I watched Donald Trump's speech in the UN yesterday, in its entirety. I thought it was a pretty good speech.  He seemed sincere and like he really does have America's best interests at heart.  He certainly called a spade a spade when speaking about some of the leaders of other nations.  Maybe this kind of bold talk is what the world needs right now.  I don't know.  His speech stirred a mix of emotions I think.  Patriotism, fear, etc. He spoke about destroying North Korea.  Todd and I were talking about it afterwards . . .  and it is hard to know what is right. It certainly looks like the North Korean leader has a death wish, if not for himself and his own country, then definitely for any country within the reach of his nuclear weapons.  He's definitely been poking the bear.  How long before the bear bites back?  I dread to think  . . .

Why can't we just all be friends and let each other be.
Share what we have with everyone.
Take care of the hungry and the weak
and the poor.  Love everyone.
Stop fighting each other
and be at
peace
??? 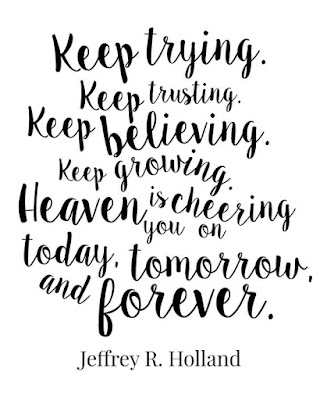 I can only think and aspire to what I believe to be true,  and that is this.  Good will ultimately prevail over evil. I, on my own, cannot change the world, but I can control me and I can be a better me, and I can make a difference.  Change begins right where you stand.  So if I try to do my best and be my best and to follow the Saviour's teachings, then maybe I can make my own little piece of the world a better place. I can set an example for goodness and truth, and maybe in time others will follow. I cannot control the weather or earthquakes, etc. but I can do what I can to help those who have been affected by them, to make a difference for them.  And maybe I will only be able to make a difference for one person, but that is still one person whose life will be better or have at least been helped, etc.

And to end things on a positive note, the Christmas chocolates are arriving in the shops.  I got two tubs for £8 in Morrisons yesterday.  It always used to be a real treat when my brother sent us a tub of Quality Street.  We thought they were the best, and it was so kind of him. 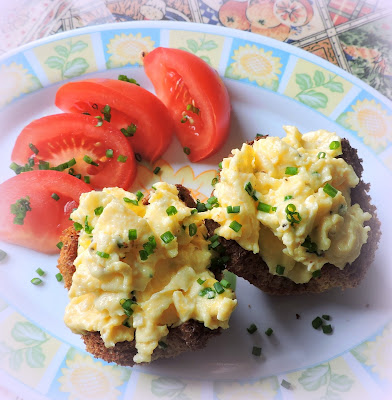 In the  kitchen today . . .  Scrambled Eggs in Toasty Cups.  Quite simply delicious.

Have a lovely Wednesday.  I am going to try to call my mom this afternoon.  Don't forget!