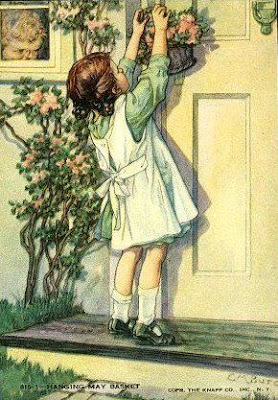 Its hard to believe that we are already into the month of May. This year also seems to be winging by. You would think that time would be dragging as we are all locked in and unable to go anywhere, but time she is a-flyin!!

Did you make May Baskets when you were at school? We did when I was in the lower grades at school.  Every month of the year had some special way to mark it and in May it was May Baskets. Of course they were nowhere near as solubrious as the basket this little girl is hanging on the door in the above photo.

Ours were made of coloured construction paper and held paper flowers.  They were so flimsy that they would not have been able to hold anything else.  There was still quite a bit of excitement however, surrounding the choice of whose door you were going to hang them on.  Popular through the 18th and 19th century the tradition was to make a paper basket or cone with flowers and sweets and then hang it anonymously on someone's front door knob or leave it on their door step.

Traditionally this was done on the first day of May. 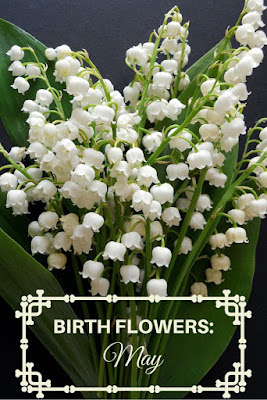 It was also an opportunity for young lovers to let a romantic prospect know of their intentions  in that area. Gentlemen would hang baskets of posies on the doorknobs of ladies they fancied, knock and yell May Day, and then try to skedaddle before they were caught.  If the young lady actually caught the gentleman in the act, she was charge with the duty of chasing them down in an effort to steal a kiss. 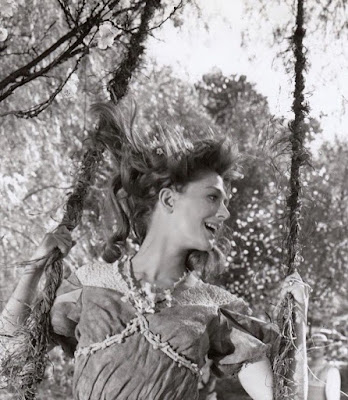 I always think of Vanessa Redgrave and her ladies of the court gamboling about fields of wild flowers with young men from the film Camelot, singing "The Lusty Month of May."  Camelot is one of Todd's favourite films.  He loves the legend of King Arthur.  I always see it as rather a sad film actually . . .  and not very merry at all  . . . 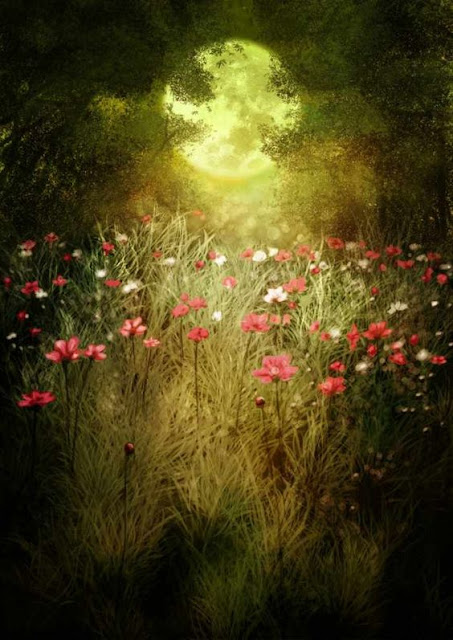 In May the light of the full moon is reflected back to us by an abundance of  Hawthorne Hedges all blossoming white at once.  For many years the Hawthorn was the farmer's choice when it came to creating hedges, which were seen as a more permanent way of edging their fields and helping to keep stock enclosed.  When you are flying in an aircraft above England and look down, it seems a beautiful patchwork of fields edges in hedgrows, and in the month of May they will be billowing with white froth. Oh what a pretty sight that must be to look down upon an English countryside edged and embroidered with such a thing! 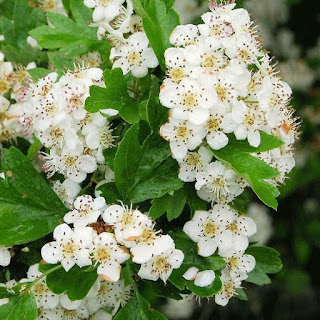 Mark the fair blooming of the Hawthorn Tree,
Who, finely clothed in a robe of white,
Fills the wanton eye with May’s delight.
~Chaucer.


Hawthorn, the sacred tree of May . . .  it has been known by many names, including May Flower, May Tree, White May and simply The May, all referencing the beauty, symbolism and medicine of its blossom at this time of year. In fact the Hawthorn provides medicine most of the year round, not just in its blossom, but its leaves and berries too. 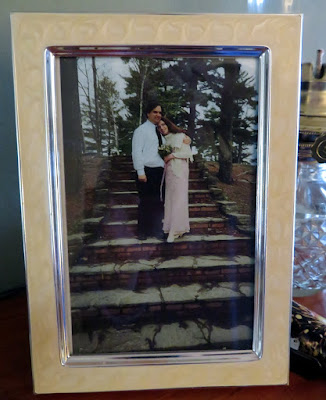 My son and his wife will celebrate their 21st wedding anniversary this month.  They had actually been married for a year in secret when my mother and I attended their ceremony in the month of May just prior to my moving here.  She carried a bouquet of Hawthorn flowers or Mayflowers.  It was a simple and beautiful ceremony for a vow renewal, held in a beautiful outdoor park in Fredericton.  It was a beautiful day.

The Hawthorne is probably the one tree in our country that most enshrined in myth and legend. From Celtic ceremony, to Arthurian myth, to Christian legend, the Hawthorn has its place in all the stories that shape our land and our hearts. 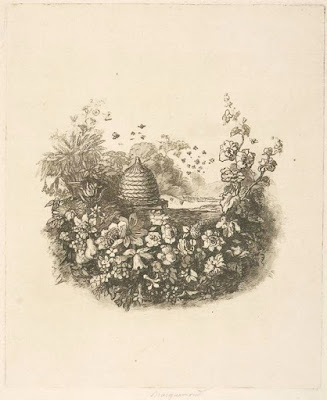 Ancient Algonquin tribes in North America called the full moon of May the Flower Moon, and this is certainly a true time of floral abundance in our gardens and the countryside.  Bees and butterflies will be out and about pollinating and making the  most of out the abundance of nectar available, and out days in May are embroidered with beautiful birdsong at both the beginnings and endings of our days.  A cacophany of song  and sound. 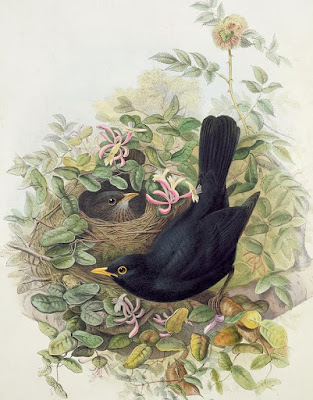 One of my favourites to listen to is the blackbird.  They have a beautiful song. We have a resident one that comes to our garden.  I know him by sight because he has a white patch on one of his wings.  He has been coming for a few years now. 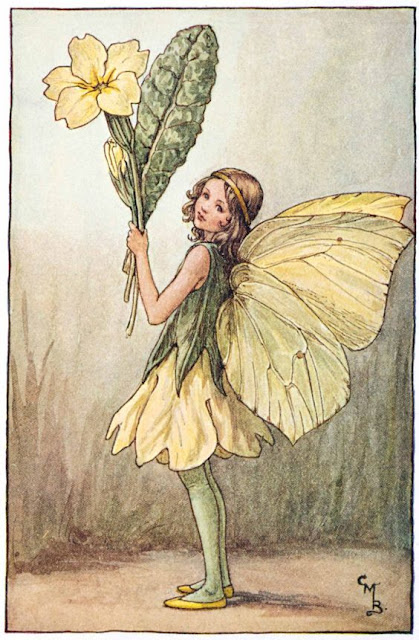 Folklore has it that on May Day Eve, or the first three days of May is the time when fairies wicked tendancies come to the fore.  They could swap healthy newborns with "changelings" or at the very least steal your butter if there is no newborn to be had.  Primroses are said to have a particular power against fairies. No fairy can pass them.  It is recommended that you scatter and sprinkle Primroses across your threshold on the first few days of the month. 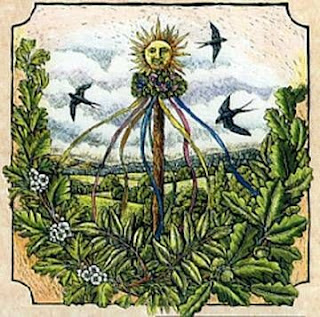 We have several birthday's this month beginning with my grandson Jon on the 6th and ending with my oldest son on the 29th.  I have not been able to get cards to post, nor can I get to the Post Office so it will have to be e-mail cards this year, and a cheeky paypal gift.  There will certainly be no dancing around the Maypole this year, that's for sure.  In any case, Happy May. 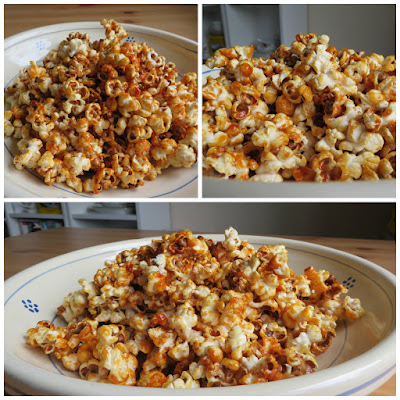 Have a lovely Sunday. Be blessed.  Don't forget! 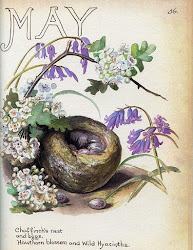