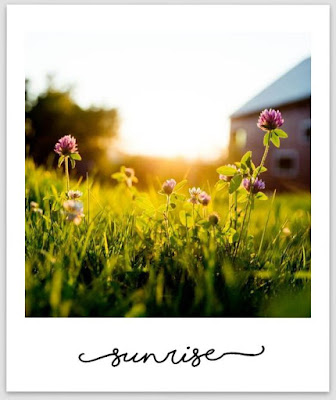 I wish that was what the sunrise looked like out there this morning.  Its very overcast and the sky is looking very dark. The wind is blowing. I don't think we are in for a very good day.  Its a good thing we got a lot of the garden jobs done yesterday.  We took down all of the runner beans. They were on their last legs. We didn't really get much of a harvest from any of the beans we planted this year. The bush beans were completely wasted by slugs and snails and even the runner beans were fighting them.  We had such a wet summer that it was a bit of a losing battle.

Walking down to the end of the garden last evening it looks really bare without our fruit trees. I had always thought they were planted in a straight row, but when you look at the stumps in the ground, it was more like a v-shape where they were situated.  The stump for the apple tree is a good 8 or 9 inches across which is quite surprising to me as it certainly hadn't appeared to be that big around.  When they cut them down they found maybe six fruits all told between the three of them.  3 pears and 3 apples, no plums at all.   The soil in our garden is very poor, like clay, but the blackberries and tayberries, which have almalgamated into one do very well each year, as does the black currants and the strawberries.  Our Blueberries didn't do much at all this year.  Again, I think it was too wet. 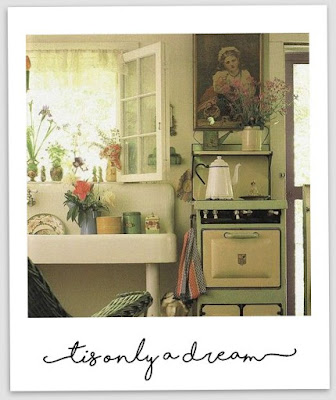 The other day I was thinking  . . .  it must have been around this time of year, back in 1996 or so, we watched my mother's then boyfriend Rudy drop dead right in front of us.  The CNE was going on at that time in Toronto, and mom and Rudy had just been to visit it the day before, so roughly around this time of year.  We had gone down to visit with them (from our place in Meaford) where they were staying at Rudy's sister's place and my sister and her family had driven there also from where they were living in London, Ontario. It was a mini-family reunion of sorts.  We had just finished lunch at the KFC and were out in the parking lot getting ready to say our goodbyes and go back home.  The guys were standing by the boot of our car talking golf and we girls were standing by the boot of my sister's car talking girl talk.  I heard my BIL say, are you okay Rudy, and then I heard a sound like a melon hitting the ground . . . and that was that.  My ex husband was on the ground doing CPR, my sister and I were in the restaurant telling them to call an ambulance. My mom looked so small.  We spent hours waiting in the waiting room hospital to see what was up.  He had been dead when he hit the ground, sudden death heart attack.

We brought my mother back to Meaford with us and she spent the rest of her stay in Ontario up there with us.  My ex took her down to Rudy's funeral a few days later, but it was a very sad time.

That was an incident that affected all of us very deeply.  My sister's children blamed it on the KFC, my ex could never eat KFC again, and I have had one foot in the grave ever since.

What do I mean by that?  I mean I have thought about death at least once a day, just about every day, ever since. I have been plagued with the fear of dying in the parking lot of a KFC, of having a heart attack, of just being kaput ever since.  Maybe not outwardly so, but deep inside I have had this huge fear that I am dying.

Truth is we all are dying.  Every day that passes is one day less that we have left to enjoy. 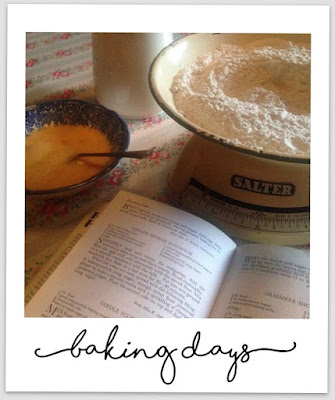 I hate that I dwell on it, either consciously or sub-consciously.  In my mind I am always writing my last letters to my kids, planning my funeral, etc.  I don't know how to stop it.  Oh, to be sure I do find joy in my days, and plenty of it, but there is this under-lying current of death running through them, and never moreso than this year.  There is an old saying in my family that if you make it past the age of 63 you got it made.  I did that, but all through my 63rd year I kept thinking  . . .  is it the beginning of  your 63rd year that counts or the end?  Now I'm 64, I thought that train of thought might stop . . .  I mean whew!  I passed 63 and made it to 64, but no . . . my Aunt Freda died when she was 64, what now?

I am not afraid to be dead.  I am fairly certain of what comes next.  I know that I will be reunited with my loved ones in Paradise.  What scares me is the journey from here to there . . .  the dying bit.  The total lack of control you have over that.  I am a person who has always embraced control.  I hate it when I have no control over things. It makes me almost panicked. Anxiety  . . .  I guess that is where faith has to take over . . . 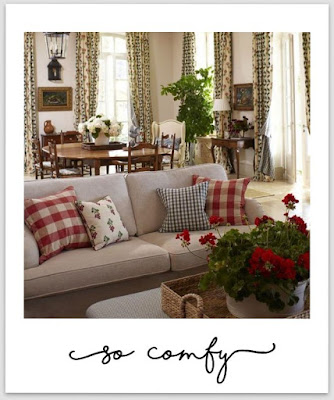 Our Eileen is quite excited about coming over.  No dates yet, but hopefully we will know when soon.  Mid-October is the plan. We will see.  Octobers are usually fairly nice.  It will be cooler for sure, but we should have some nice sunny days, and we should enjoy our time together.  It will be so nice for me to see both my oldest children.  I am so grateful for Anthony's will to come over here with Eileen.  She could not travel alone, that is for sure.  And I am blessed with being able to see at least two of my children.  I'm sure Doug would have come also, had he the means and had it not been so soon after his own health crisis.   Eileen and I have been busy planning things we want to do when she is here. Cook together is one thing.  We want to have our own mini Thanksgiving dinner for the four of us, and Eileen wants to have a Tea party.  We will do that as well.  I told her we could have a craft day and maybe make some simple Christmas Ornaments together.  Todd is looking forward to introducing them to all of the sites.  Chester is a very historic city.

Anthony was actually over here once before.  I had been here a year when we brought him and my youngest son over for a visit.  Bruce was only 13 and understandably his father wouldn't let him travel alone so we bought tickets for both of them to come.  We did all the Chester stuff that time, even the Ghost Tour, but I am sure he won't mind doing them again.  We went down to London on the train that time also, but I don't think we will be able to afford to that this time.  I remember when we did the last time, it cost the four of us more to go into the Tower of London than it had to go down and back on the train.  The prices for all of that have undoubtedly doubled by now.  I am not comfortable going to London as tourists these days either . . .

Maybe we can have a day up in the Lakes.  We'll see.  A lot depends on if our car passes it's MOT this time or not.  Fingers crossed. If it doesn't, our wings will be severely clipped. 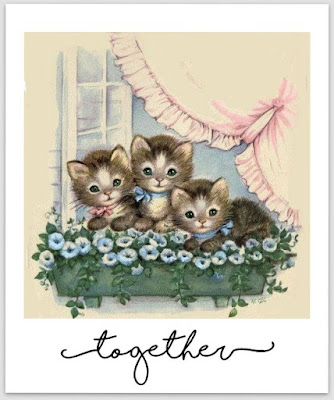 The important thing is that we will be together and that's what counts!  I can give them both their copies of the Photos  I had printed of mom, which will save me posting them over.  Can you believe I haven't gotten mine framed yet??  I want just the right frame for it and haven't found it.

I think about my mom a lot . . .  I have always thought about her a lot . . .  the only difference is now there is a thread of sadness that runs through my thoughts.   I dream about her a lot also, and those are nights I don't want to wake up. I want to stay in my dreams and with my mom. The dreams are a special gift to me  . . . 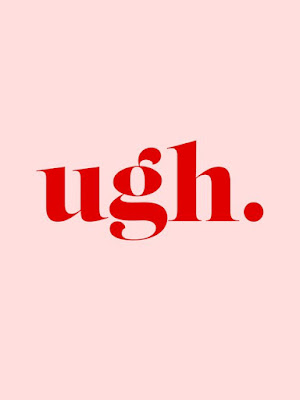 We watched this documentary on the BBC the other night. "Untouchable, the rise and fall of Harvey Weinstein."   I believe it will air on Hulu this next week, not sure.  I was in shock afterwards.  I was afraid that I would end up dreaming about it that night, thankfully I didn't. I know people are innocent until proven guilty, and his trial doesn't start until January of this year, but  . . .  this is a horrible, horrible, horrible man.  A horrible, horrible, horrible man.  What's saddest is . . .  he is not the only man like this.  He got away with completely abhorrent behaviour, criminal behaviour . . .  for so long because he could, because he was powerful, because everybody turned a blind eye, because people felt powerless, women were powerless  . . . because of the power of money.  It gives the people who have it, and lots of it, unimaginable powers over other people . . .  and it strips power away from the people who don't have it. 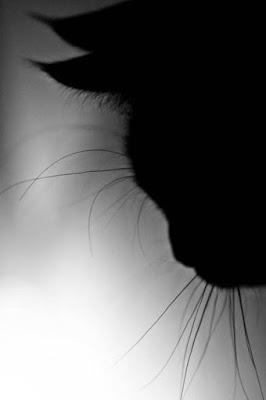 I begin to truly comprehend 1 Timothy 6:10 where is says "For the love of money is the root of all evil."  This is just so, so, so true.  It truly has the power to corrupt and to subdue.  There is only one way to combat that  . . . 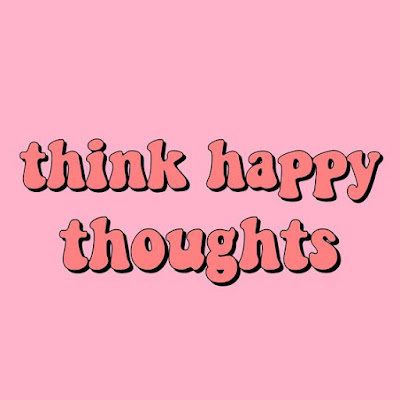 Hard to do sometimes, especially when two great world powers are being run by a couple of muppets.  We won't go there  . . . its time to channel my inner Pollyanna and stick my head back in the sand . . . 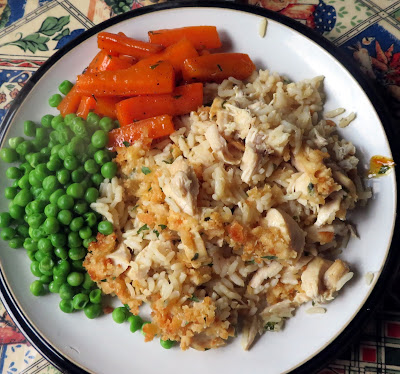