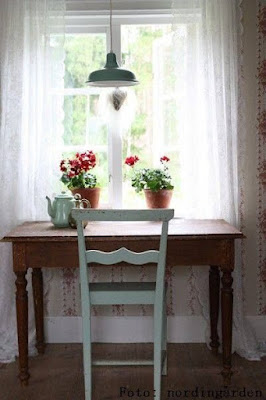 Long about this time of year the Seed Catalogues begin to arrive.  I really enjoy looking at seed catalogues.   I always have done, and I don't know why . . . really.   Todd does all of the gardening.   I am much more of an "armchair" gardener . . . I suppose that is kind of like being an armchair athelete.  I love to watch and plan . . . but as far as the rest of it goes . . . I'm a non-starter. My arthritis makes it very difficult for me to do very much other than the simplest chores . . .

I always form these grandiose plans in my mind . . . of the things I want to plant, things I want to move to better locations . . . ever dreaming, and of course in my mind it is always the best garden ever planted.   When I was younger, I even went so far as to make lists and draw architectural type coloured drawings of what I wanted my garden to be. 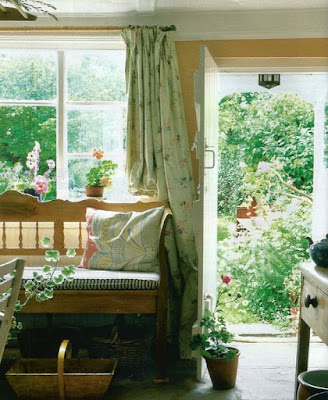 Most times it never got past that stage, but I did have loads of fun in the planning.   Monetarily speaking, my pocket book could never live up to the standard of my dreams, truth be known.

The one time I have had the garden of my dreams was when we lived down South for those seven odd years.   We had a beautiful garden and two full time gardeners to take care of it.    In all truth it wasn't really ours, but I did so love to live my gardening heart vicariously through it.   The Manor gardens were beautiful beyond measure, and I spent lots of my spare time photographing the many flora which grew  in it in great profliteration, until I was told by my boss that they were "her" flowers and I was not to take photos of them.

My ex boss actually had a "Garden Architect."    His first name was Tim.  I forget the rest.  He would come out once or twice a year with his little rust coloured little spaniel and wander through the estate with clipboard and pencil in hand, jotting down notes while my boss told him what she wanted here and there.   She had great gardening taste and money was no object.   Before long the head gardener would be heading out to nurseries etc. and bringing back plants and seeds. 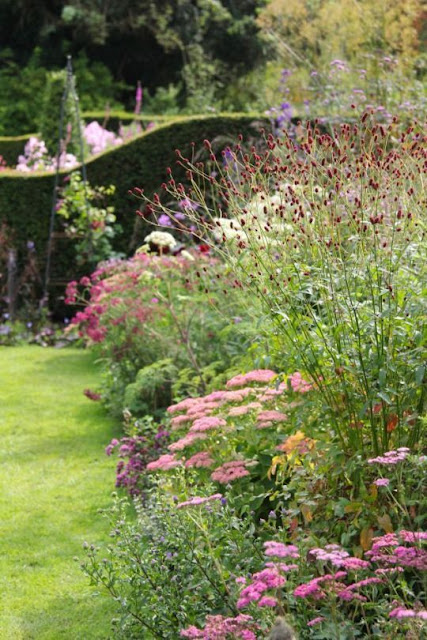 Each year in the late spring the head gardener met my boss at the Chelsea Garden show, where they would wander through the show together, him taking notes as our boss remarked upon this and upon that.   There was an awful lot of work put into the Manor Estate grounds and it showed, as they were just beautiful.  In early spring the long winding drive which led to the Manor and ultimately down to the cottages we lived in was lined with Rhodendrons, which bloomed in colourful profusion . . . new ones would be added each year.    The Manor itself stood behind a walled garden wall and the drive side was flanked with tudor roses, so beautiful when they were in bloom, and even in the autumn when they were filled with ripening rosehips they were a wonder to behold.

There were cutting gardens filled with lots of Dahlias and Zinnias, in just about every colour you could imagine . . . and rose gardens as well, again in almost every colour.   There was a roseary (?) next to the tennis courts where you could walk beneath a tunnel of roses which arched over the walkway, flanked on the left by the cutting roses and a raspberry cage filled with oodles of raspberries that I picked by the bucket loads for the freezer during season.   The bottom wall was covered with fig trees and there was a whole area of plum, apple, quince and medlar trees as well.   That is where the greenhouse was also . . . they grew tons of tomatoes, which I also had to take care of once ripened. 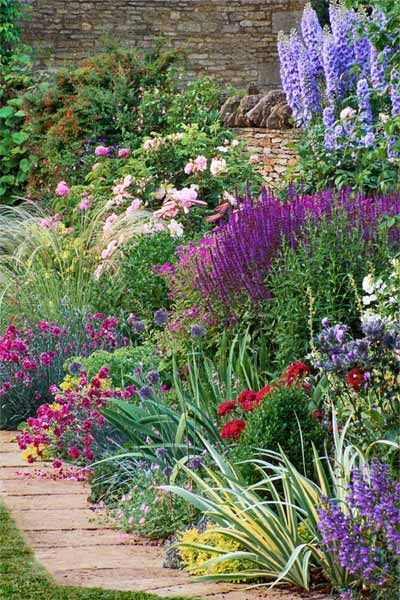 My favourite part of the gardens though was the Herbaceous border which stretched some 200 yards leading up to the castle-like trimmed hedge which hid the tennis courts, etc.   I don't know what type of flower wasn't planted there.  It was beautiful any time of the year with different flora blooming at different times . . . even in the winter it was a sight to behold.  I loved to walk down it at all times of the year drinking in all that was growing, snapping photos, when they were away in America on one of their many trips . . .

The Elizabethan Lover's Knot Garden just to the front of the house was a real favourite as well.   It was filled with lavendar which, when blooming, was just beautiful . . . and even when the lavender wasn't blooming it was pretty nice.    Actually everywhere you looked on the Estate was a feast for the eyes, no matter the time of year.  It really was a beautiful environment to live and work in, even if I didn't always like who I actually worked for . . . every job has it's pluses and minuses I suppose! 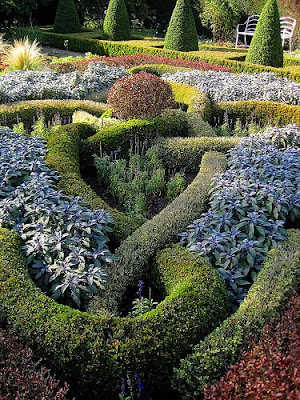 Here in Blacon we have endeavored to give our garden somewhat a cottage look . . . it is a work in progress and Todd does amazingly well at it.  Each year we do add something new . . . rose bushes, or other shrubs.    Hydrangea are a favourite and we have quite a few of them now . . . and last year we put in some holly hocks.   We have fox gloves and other cottage flowers . . . poppies, snap dragons, daisies, etc.   It's not planned though . . . things just come up haphazardly where they lay.   I dare say my former employer would probably shudder at the sight . . . but meh . . . my head gardener works for free, and that's the way I like it.

I am off and out this morning to spend some time with Tina.  She finally has the go-ahead to drive again and she is enjoying having her wings back. It will be nice to spend some time together.  They are off to Australia in a few weeks time with their grandson and his family to visit her daughter who lives there.  I will miss her when she is gone. 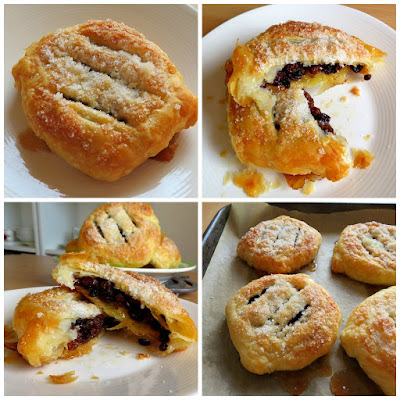 There is a somewhat traditional recipe for Banbury Cakes in the kitchen today.  Todd thought he died and went to heaven when I baked these for him yesterday.  A pre-Valentines treat!

Have a wonderful Wednesday!  Whatever you get up to don't forget!