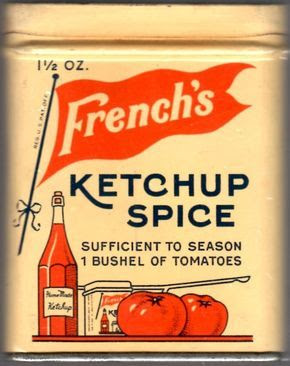 This morning I decided to write about the first thing that popped up in my Pinterest feed and this is what it was.  French's Ketchup Spice, sufficient to season 1 bushel of tomatoes.  Ketchup Spice.  I never knew such a thing existed and find myself wondering how I, a woman who has loved flavour and spice her whole life, has gotten to the ripe age of 64 without ever having heard of ketchup spice???   I find myself wondering . . .  what does it taste like?  What does it do?

I grew up in a home where my mother, other than the warm baking spices when she was making a cake or cookies, was only allowed to use salt and pepper to flavour our food. My father did not like "spice" of any kind.  That was an era where my mother's job was to please my father in all that she could.  Spice was just not a part of my childhood. 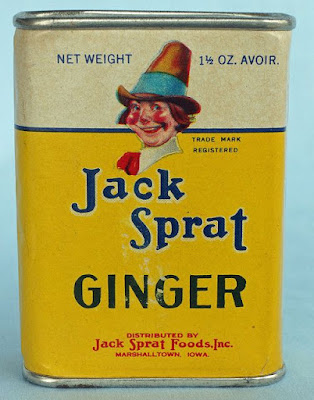 I did love to read however and I was great at it.  I am surprised I wasn't banned from the town library as I was there every day in the summer months, several times a day sometimes, taking out  new books to fuel my voracious appetite.  I believe that the maximum a child was allowed to take out at any time was one book.  I would take out my allotted maximum and race my bicycle home so I could devour it and race back to get another one.

I was really fond of Enid Blyton's stories.  They were filled with adventures, tuck boxes and  . . .  food.  The spice of life, exotic coalitions such as egg and cress sandwiches, cherry cakes, sausage rolls and jam tarts, all washed down with "lashings" of ginger beer.

"The high tea that awaited them was truly magnificent. A huge ham gleaming as pink as Timmy’s tongue; a salad fit for a king. In fact, as Dick said, fit for several kings, it was so enormous. It had in it everything that anyone could possibly want. “Lettuce, tomatoes, onions, radishes, mustard and cress, carrot grated up – that is carrot, isn’t it, Mrs. Penruthlan?” said Dick. “And lashings of hard-boiled eggs.” There was an enormous tureen of new potatoes, all gleaming with melted butter, scattered with parsley. There was a big bottle of home-made salad cream. “Look at that cream cheese, too,” marvelled Dick, quite overcome. “And that fruit cake. And are those drop-scones, or what? Are we supposed to have something of everything, Mrs Penruthlan?”" 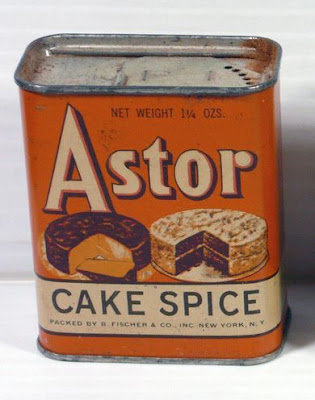 The child in me longed for an adventure embroidered with adventure and these exotic sounding flavours . . .  for drop cakes.  For some "spice" in life  . . .

Every once in a while I would catch a real glimpse of what spice could be like.  When I was in grade two I was invited to a friends for lunch one day and her mother made Kraft Macaroni & Cheese which tasted quite unsual as compared to my mother's. (Not that my mother made this for us very much, it was a rare treat.)  This girl's mother had a secret ingredient that she used.  Heinz Chili Sauce.  I know because I asked.  At the time I wasn't sure that I liked it but . . .  here I am, 58 or so years later, thinking about it and how good it was at the time.  Wishing I had a jar of Heinz Chili sauce that I could stir into a box of Kraft Macaroni & Cheese just to taste it one more time. Neither exists here for the most part in the UK. We can get boxed Mac & Cheese now, but it is not the one of my childhood memories . . .  and they don't have Heinz Chili Sauce at all. 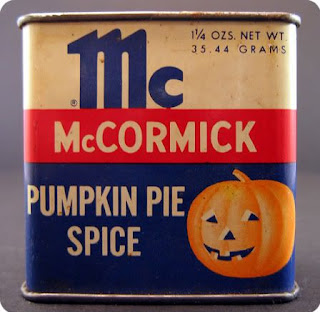 A lot of my happy childhood memories have to do with food  . . .  like the stuffing my mother would make for Thanksgiving and Christmas to go with our turkey.  I have never been able to get mine to taste as good as my memory of the taste of hers does. The taste of my mother's cousin Polly's Green Bean Casserole, eaten at a picnic table on top of a hill outside an old farmhouse in Vermont. The goodness of a Barley Sugar candy toy on Christmas morning and those spicy little squared shaped pink hard candies that tasted like cinnamon from the Christmas Candy bowl that was kept on the coffee table only at Christmas.  The bowl had two sections, a yellow one and a pink one, with a handle in the middle.  (I am sure my sister still has it, or at least I hope that she does.)

Eating frozen peas for the first time at a Mother/Daughter banquet held for the Guides and Brownies and their mothers, catered to by the "Mess Hall" on the base in Gimli, Manitoba.  I hated peas. It was a turkey dinner, but those peas were an eye opening wonder to how good peas could actually taste when they did not come out of a tin.  That was also the day I learnt to love olives.  There was a relish tray at each table and there were green pimento stuffed olives on it.  My mother got me to taste one and I didn't like it much. I remember being told that taste is something that often "Grows" on you, and that the more you eat of something the more you come to like it, and so I tried another onem and then another one . . .

I adore pimento stuffed green olives to this day. 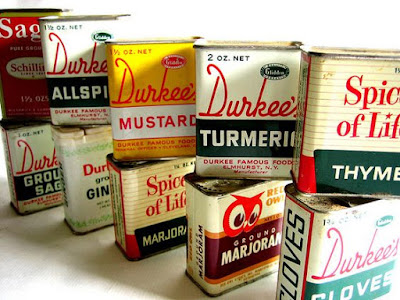 Mom did get a bit more adventurous as she got older and my father got a bit braver with trying new things.  I blame the Chinese Restaurant in downtown Kingston, Nova Scotia, where every night like clockwork, they went for an evening coffee.  My mother started to serve us "Italian" spaghetti, which consisted of hamburger browned and mixed with a tin of Catelli spaghetti sauce, spooned over top of cooked spaghetti noodles and served with a green plastic container of "Smelly Sock" to shake over top.  I could not abide hamburger mixed with anything and so my mom always kept out a spoonful of the sauce before she added it to the meat, just for me.  Oregano became a favourite spice of hers, and  my father would just about tolerate it. She started using it in quite a lot.  Many of my teenage meal memories are peppered with oregano.  Saturday night beans were replaced with Saturday night chili con-carne as prescribed on the side of a tomato soup tin, laced with  . . .  oregano of course!

As adults we learnt to be really cautious when we would  return home to visit mom and cook from her refrigerator. A lot of smelling and sniffing went on of what were very spurious jars and bottles of things.  She hated to throw anything out.  The salad dressing you had bought on a visit six years previously would still be in the refrigerator waiting for you, and yes  . . .  I have had to eat "Smelly Sock" that was hard and kind of brown and which tasted unlike anything else on this planet . . .  just not to hurt her feelings.

She had a whole cupboard over the stove . . .  an Aladdin's Cave . . .  of brown paper bags filled with herbs and spices she had picked up at the bulk barn over the years.  I am sure that only carbon dating would actually have been able to tell how old they were, and she would tut tut and get a bit annoyed with us if we bought new ones.  I always used the excuse that I hadn't been quite sure if she had any oregano (as if!) and picked up a new jar just in case.

Come to think of it . . .  my childhood dreams of tasting the elusive
and the exotic kind of did come true!!! 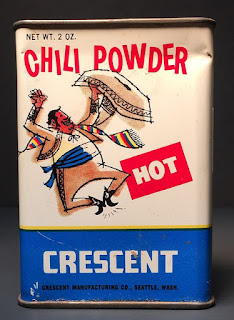 You know, we actually had snow in some parts of the UK yesterday. My friend Tina, who lives on the high ground in Wales was very excited as it was snowing where she lives Winter seems to be in a rush to arrive this year.  We had the heat on most of yesterday which is quite unlike us.

I best be off now as its Sunday morning and I am short on time.  I shall leave you with a thought for the day  . . . 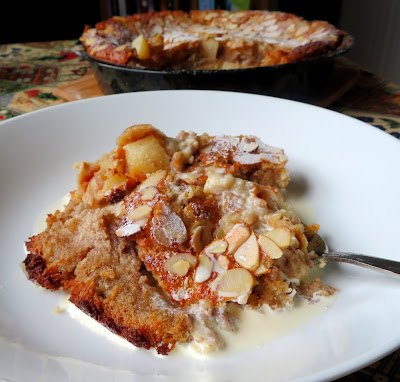 Have a blessed Sunday and don't forget!