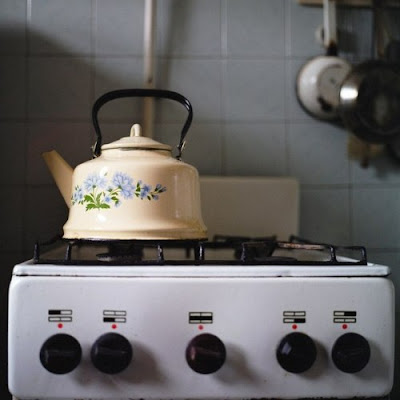 I like an old tea kettle
Sort of singing on the stove;
Petunias in a window-box,
Cerise and pink and mauve;
An old Dog dozing on the step,
One eye half opend like;
A little boy a-riding by
On an old red bike. 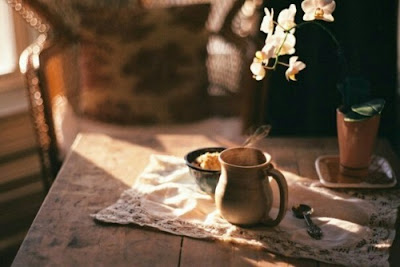 I like to hear the birds at dawn
Chirpin' for all they're worth,
Digging for worms and bits of green
In the fresh morning earth;
The breakfast fires being lit,
Their smoke ascending high,
Spirals of hope that daily rise
Into the morning sky. 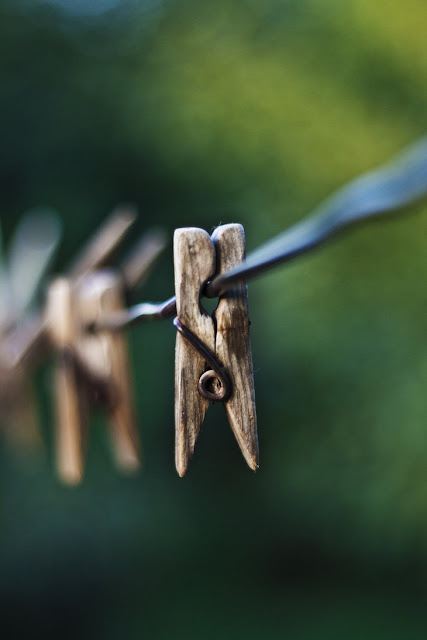 I like a clothesine by a lawn
Where little panties blow,
Where kids with sturdy arms and legs,
Sleep and eat and grow;
The little homes of common folk,
Carpenters, clerks, and such,
The patient workers of the world
Who matter oh so much. 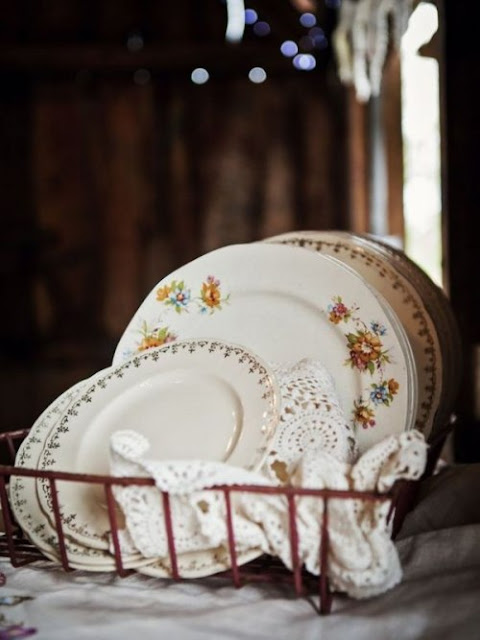 A little house with four square walls
A bird-house painted red,
A father going off to work,
To earn the daily bread;
The mother faithful to her task,
A cobbled walk and gate  . . .
These are the things, which, added up,
Make common living great.
~Edna Jaques, Homey Things, Back Door Neighbors 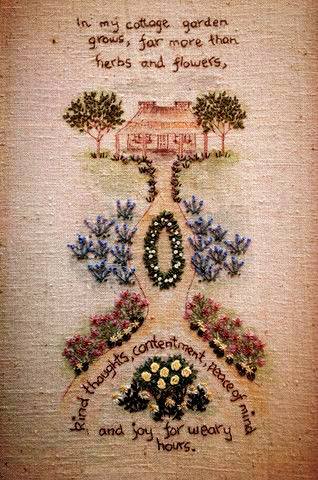 Oh I dare say I was probably born fifty years too late . . . our world is too noisy and too busy and too filled with the love of things that don't really matter.  I don't think my grandparents would not recognise the world we live in now at all and would be totally aghast at all they would see.

Oh, some things are better of course . . .  I think we have made great in-roads as far as equality to a degree, civil rights, etc. there is still much room for improvement, but things are not as bad as they used to be in that respect. My heart does sometimes long for simpler times however  . . . uncluttered and unfettered by the tat of modern day living. 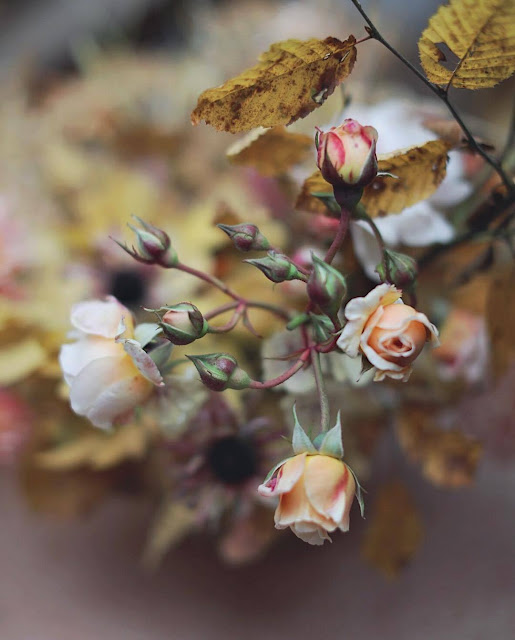 With the advent of new technologies our world has become a much, much smaller place.  Sometimes I am grateful for that, especially when it means that I can reach out to family and friends almost instantaneously . . . but it is quite difficult these days to stick your head in the sand and be blissfully unaware of all that is wrong with the world, and with people . . . its all so very in your face all the time.  Innocence has been lost to a very large degree . . .  and I often mourn its dispossesion . . .

There is oftimes a longing in my heart for simpler times and simpler pleasures . . .  do you feel it too? 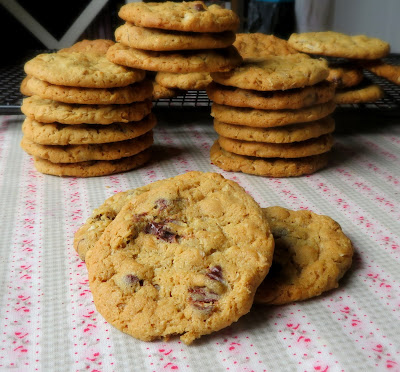 In the English Kitchen today  . . .  Everything Peanut Butter Cookies . . .  incrdibly moreish to say the least.

Have a beautiful weekend. It is a long weekend here with the Monday being a Bank Holiday.  Todd says it used to be called Whitsun  . . .  but I think now it is just called the Spring Bank Holiday.  I know it is Memorial Day in the US.  In any case, I hope your weekend sparkles and shines.  Don't forget!