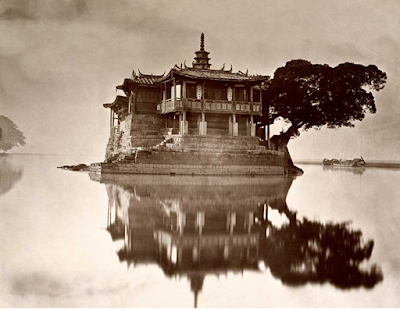 Many years ago in Japan, there was a famous artist called Hokusai. His paintings were beautiful and much coveted by royalty. One day a nobleman came to him, requesting a special painting of his prized bird. It was a beautiful bird, and much beloved by the nobleman. Hokusai agreed to paint the bird, and so the nobleman left the bird with him, having been told by Hokusai to return in a week's time.

The nobleman missed his bird very much and was anxious to return to Hokusai at the end of the week, not only to see his painting, but also to secure his favourite pet . . . however, when the end of the week came and he arrived at Hokusai's home, the artist humbly requested a postponement of two weeks.

At the end of the year the nobelman stormed into Hokusai's studio. He refused to wait any longer and demanded both his bird and the painting. Hokusai bowed humbly to the nobelman, turned to his workshop table, picked up a brush and a large sheet of rice paper and began to render brushstrokes upon the paper. Within moments, he had effortlessly painted an exact and beautiful rendering of the bird.

The nobelman was stunned with the painting. He was also very angry.

"Why did you keep me waiting for son long if you could have done this painting in such a short time?" he inquired.

"You do not understand." Hokusai replied. He then escorted the nobleman into another room where the walls were covered with paintings of the same bird. Not one of them, however . . . matched the grace and beauty that was in the final rendering . . .

This, too . . . must be true of the canvas of our own lives. If we want to have something of real worth, lasting value and true beauty . . . it won't come easy, and it won't happen overnight.

It never does. It is those lessons which come the hardest that have the most value and impact on our lives. These are the lessons we never forget . . .

I can't spend any more time on here this morning as I want to go over my lesson before I need to get ready for church. I don't mind saying I am a bit nervous about it. The lessons in Relief Society are now discussion based and we are supposed to get the sister's discussing thingss  and I am crossing my fingers that I am able to get that happening!  Its a tad bit of a daunting prospect!  Wish me luck! 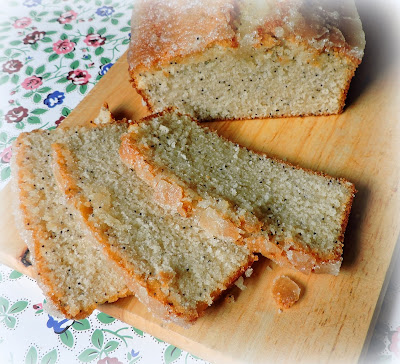 In the kitchen today a deliciously moist, Almond Glazed Poppyseed Bread.  This was a real favourite of the Mrs when I worked at the Manor!

Have a beautiful Sunday. May it be truly blessed!  Don't forget!