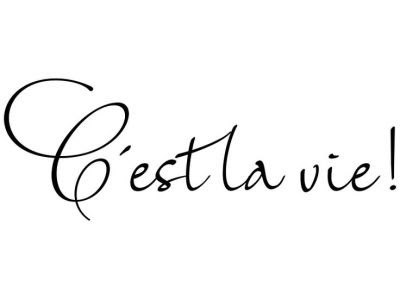 Life, believe, is not a dream
So dark, as sages say;
Oft a little morning rain
Fortells a pleasant day.
~Charlotte Bronte

So I am a little LOT late getting started this morning.  It is now almost 7:30 and I am usually done and dusted with my writing by then most days.    I really had a hard time falling asleep and staying asleep last night so as a result didn't actually fall asleep until amost 2 am, so was up later.  They say lots of people are having sleep problems at the moment because of stress levels.  When you internalise things they come out in some way irregardless, hence sleep problems.  Todd and I are both experiencing it.

Our days seem to be running into each other and getting all jumbled up, which is really wierd.  Sometimes the patterns of life can seem a bit monotonous, and somewhat discouraging.  But as the French say, "C'est la Vie!"

I have been doing things to keep myself occupied however.  Lots of cooking going on.  Not all that you see on here.  Because I have been writing for Home Chef World since last December, that means twice a week, I have to provide a recipe for there.  And now they have taken on another site and want me to write for that one as well.  They are also looking for a mommy blogger to take on, so if you know anyone who mommy blogs and wants to earn some dosh, let me know! 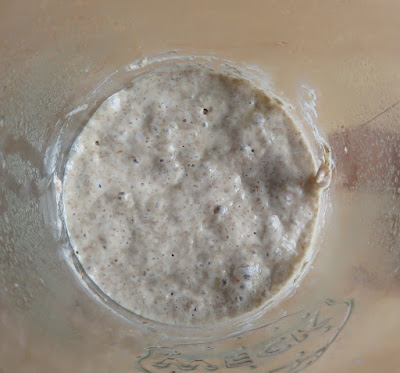 at the end of day one

I've also been experimenting with sour dough and I think I now have the hang of it.  I am still at the feeding stage so haven't actually baked some bread yet, but I have used some of the discard and made these . . . 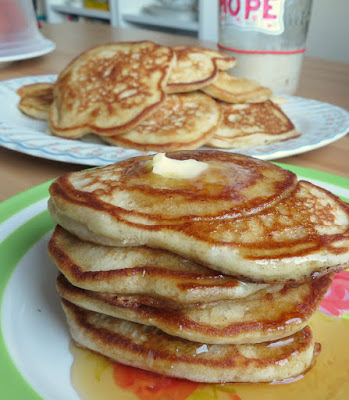 Sour Dough Pancakes.  From what is normally thrown away.  You start them the night before.  Just pop your discard into a bowl along with some other bits and let it sit overnight.  In the morning you add baking powder, etc. and make your pancakes.  They were fabulous!  I enjoyed a couple sans syrup.  (and I confess, later on, cold) These were really yummy. 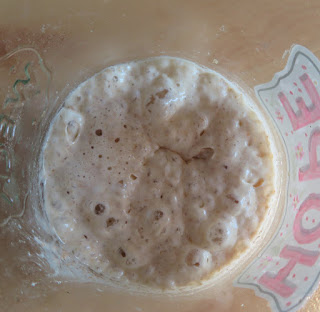 Its good to learn new skills. 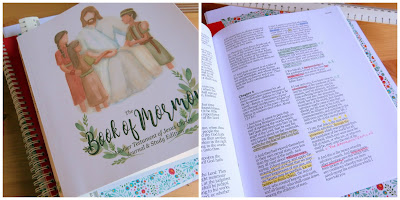 I've seriously been doing my Book of Mormon studies.  I think this is the furthest I have gotten by doing it front to back, beginning to end.  I usually jump around a lot . . .  reading here and reading there.  This is an amazing book when you study it properly.  I can't see why anyone would ever think it evil, but oddly enough many do.  Truth is they have never ever bothered to read it. They're too afraid of it.  If they were to read it they would see there is nothing evil about it at all.  But  . . .  to each their own! 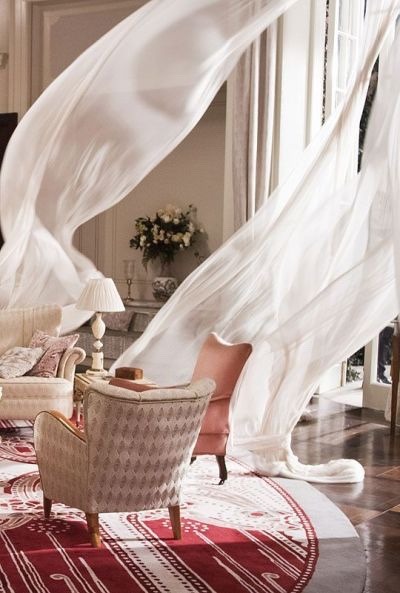 I've been blowing out the cob-webs and taking a walk with Todd and Mitzie every morning.  I had been saying I was going to do that for months, even before this Covid Virus started, but never got around to it.  I am getting around to it now and probably feel a lot better for it.  Yesterday we saw a few more people on it than we have been. Normally we don't see anyone, which is how I like it as I am doing it sans make-up.

I have stopped wearing make-up.
Why bother when you aren't going anywhere.

And guess what.  The world has not ended.   Who knew! 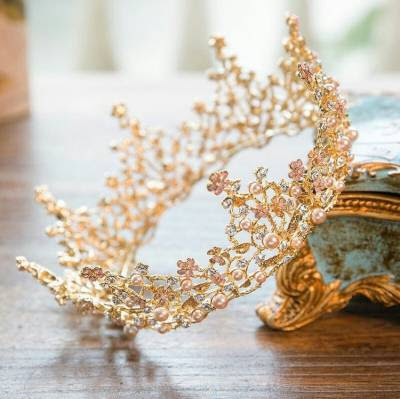 We discovered our garden bench was rotted through, so we have had to break that apart and Todd's going to burn it.  We've been burning lots of stuff as we can't get to the tip.  The tip is closed in any case. Indefinitely. 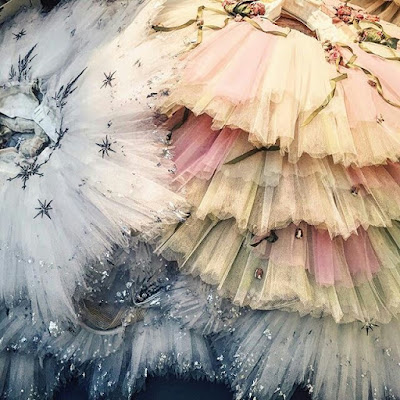 Been chatting with my oldest daughter, oldest and middle son and my dad.  My daughter's friend Calvin got wifi, and he lives in the apartmen just beneath theirs and has shared his password with them.  Apparently if you are disabled at the moment you can get wifi for free. Her dad won't let her have it, so Calvin is sharing.  I don't understand why her dad won't let her have it.  If you are on lock down and living in a poky little one bedroom apartment with a husband who has temper tantrums, I don't understand why wifi would be a problem.  But then, as he has told me again and again, the children are none of my business.  What would I know about children.

Oh, and I've been talking to my friend Norman.  He works in a Care Home.  He says he is terrified to go to work, each and every day.  So is Ariana, who as you know is a nurse. Doctors are afraid.  Everyone is afraid.  But I can well imagine those on the front lines are way more afraid than those of us sitting at home.  They are my heros.  To work anyways, to help others, in the face of such danger.  That is a hero in my books and our country is full of them.  My youngest daughter and her husband are working in the medical field.  She's an RN with a Masters, and he's a physio therapist. They are both okay as far as I know, and so are their children.  I am assuming someone would let me know if they weren't. 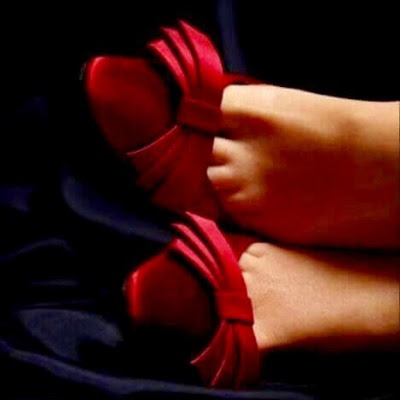 We are halfway through the last season of the Gilmore Girls again.  Todd is watching some show about paratroopers.  I have started Gossip Girl again.  Todd's cutting down a bush in the back garden that he planted in the wrong place, but its a long hard go because he only has a hand saw to do it and this bush has sent branches down into the ground all over the place.  He's cut the grass twice.   Torn down the old shed.  I play my game (Township) but it is getting boring.  Its hard to get very far at  my level without spending money and I will not be doing that.

On our church ward facebook page we've been talking family history, and been challenged to find and share the  most unsual name in our family tree and story to go along with it.  I shared the story of Havelock Veinot and his mother Experience (Simpson) Veinot.  A very tragic tale.  Experience was my great grandmother's sister, on my mother's paternal side.  She married a William Veinot and Havelock (or Lockie as he was known) as their only child. On the 19th September, 1921, Havelock shot his father and three others and then himself.

Life goes on, which beats the alternative, and unlike Dorothy we can't click our heels together and go back to the way things were.  Not yet anyways, and maybe not ever. So how are your days coming along?  What are you doing to stay occupied?  Anything new you are reading, watching?  Lets share!! 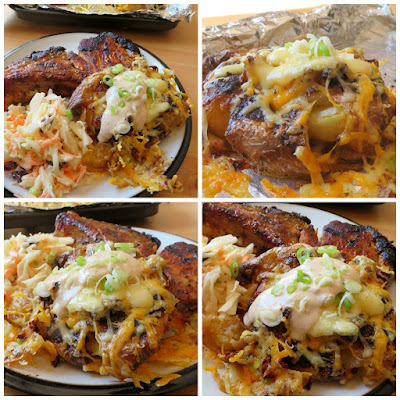 They might look like a hot mess, but they incredibly tasty  Tex Mex Smashed Potatoes.  In the kitchen today  . . .

Have a great Wednesday!  Don't forget!