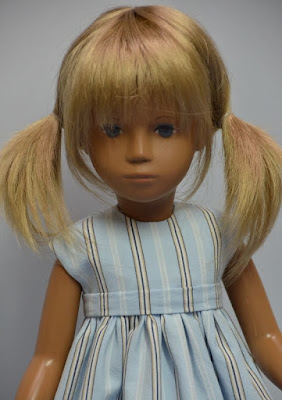 Have you ever heard of Sasha Dolls?  I had not until recently, maybe in the last couple of years.  I had never seen any of them before, but apparently they are highly collectable.

Sasha dolls were created by a Swiss artist called Sasha Morgenthaler. Born in 1893, she led the most extraordinary life. Within her lifetime she was an artist, toy-maker, wife and mother: and also trained to be a midwife. She first began making dolls in her forties. Her first dolls were called studio dolls, and were produced from 1942-1975. These dolls were handmade and expensive to buy. Sasha's hopes for all children to be able to have access to her dolls resulted in them being produced in series. 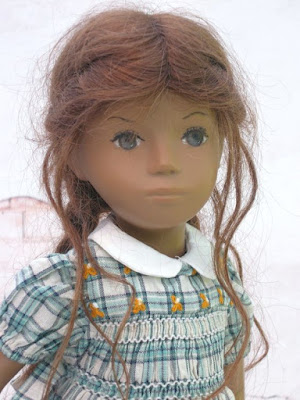 I think they are stunning and beautiful.  I better start saving my pennies is all I can say because they are also quite pricey.  I think the last ones were made in the 1970's, but could be wrong.  And many of them were produced not very far from where I live, in Stockport UK. 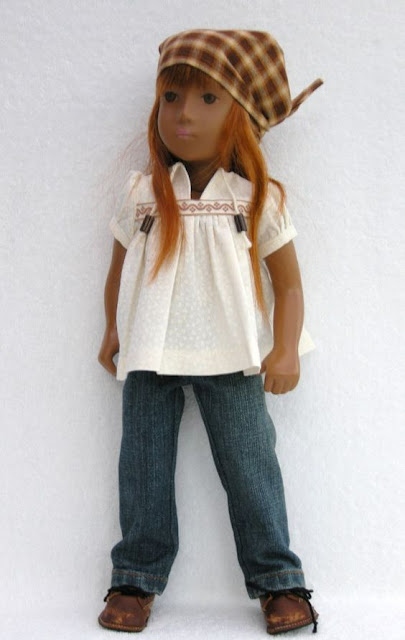 We didn't have a lot of toys or dolls when we were growing up actually.  I had my Barbie Doll that I had bought with my telephone booth cleaning money when I was 7.  I had a Little Miss Eaton doll that I got for Christmas one year, probably when I was six.  And I had a doll that my maternal Grandmother had bought for me, that some child in the neighborhood ripped off her head. (Kids are so mean sometimes.)  There is a photograph somewhere of me with my Little Miss Eaton Doll, my sister with her baby doll and my brother holding the doll with the ripped off head (my father had taped it back on).  My brother wanted to hold a doll for the photo also.  He was such a cutie and we all coddled him when he was small.  I love my brother to pieces. 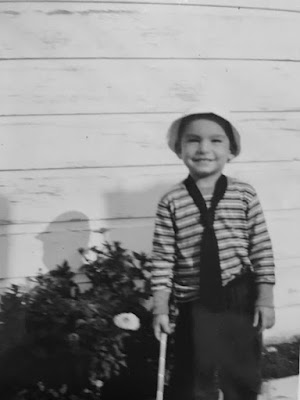 This is him next to our garage in our two bedroom house.  I think he was probably about 3 years old in this photo.  He has his sailer hat on and one of my father's ties.   He almost drowned in our ditch one year.  Where we were living in Gimli, Manitoba there were deep ditches that ran along the edges of our yards adjacent to the roads.  They were about 3 feet deep and were meant to hold the run off from the snow melting in the Spring.  We got TONS of snow there in the Winter, and there needed to be a place for it when it melted.  My mother couldn't find him and just happened to see his sailer hat floating on top of the water in the ditch. Thank goodness.

I think he had a death wish, for there was that time he almost died, and then a couple of years later he electrocuted himself by sticking a wire from the screen in his bedroom into an empty light socket of a lamp.  Now he flies gliders! 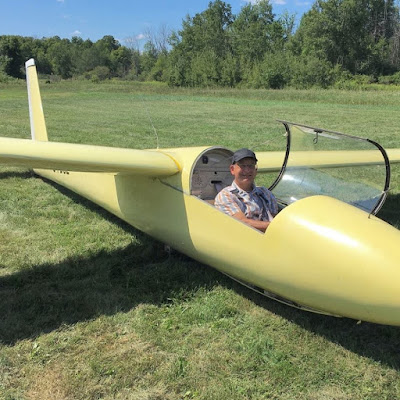 This is a hobby he took up several years ago now.  He just loves it.  For years and years he has done things for everyone else, so it was really nice to see him finally getting a hobby for himself that he really enjoys.  I wish we all lived closer.  I have not seen him, nor my sister since 2003, but we do talk fairly often. 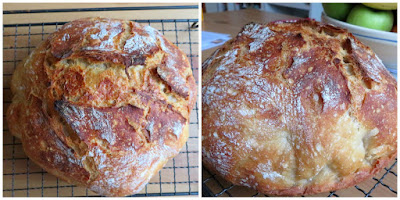 Success!  My very first Sour Dough from scratch loaf.  I know, it doesn't look much different than the quick and easy no need bread that I have made in the past.  I haven't cut it open yet, am waiting until later on so I can take pictures as I have been putting together a tutorial on Sour Dough for my food blog.  This has been about a week or so in the making!  I am really excited about this bread!! Can you tell??  I tried it in the past with no success.  I have cracked it now! 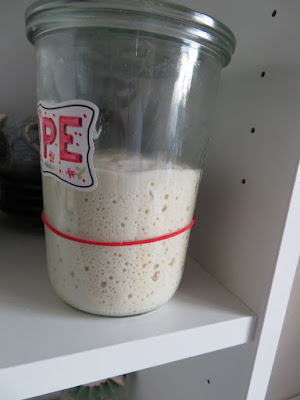 I have created a beautiful "starter"  that's very active.  It is rising and falling every day.  I have been using the discard to make other tasty things such as pancakes.  Best pancakes ever, I kid you not!  I don't have a proper razor to cut slashes in the top.  I used a pair of scissors yesterday.   As time goes on,  I will have to invest in one.  This is the kind of bread our pioneer forbearers would have made.  Completely yeast free . . . 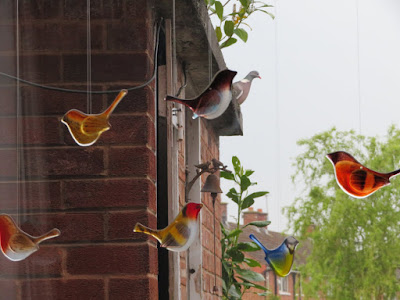 I could not resist.  I looked out the dining room  window and spied Mr Wood Pigeon sitting on the shed roof amidst my glass birds.  I just had to take a photograph.   It made me smile.  That's also my cast iron garden dinner bell that I got a number of years back.  It is weathering well and on Clap for the Carer's night I always give it a few good gongs clangs!  Make some noise . . . 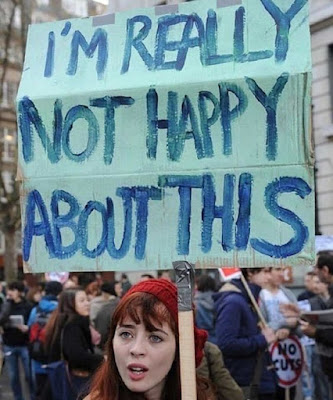 Speaking about noise . . . all over the place people are protesting quarantine measures that have been take by Governments.  Can you believe that there are people out there who also think the virus is just a hoax?  That it isn't real, but simply another way for our Governments to control us?  Unbelievable.  UN - BEE -LEAVE - ABLE!  They actually think this is all made up.  That the numbers dying around the world are  not real.  That our Governments would risk total economic collapse for something that doesn't exist.  I'll tell you what is unbelievable . . . people who are so narrow-minded and dim-witted as to believe this is all a hoax!  It beggars belief!  I shake my head at it.  I really do. 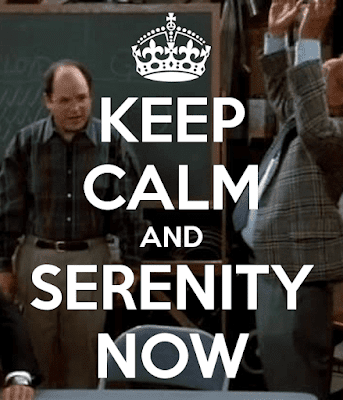 I want to run about like George Kastanza's father shouting "Serenity now!"  Serenity now  . . .  except it would take too much energy and I have better things to do . . .

We've been watching WACO.  Rivetting.  I remember when it was all happening.  I remember watching it on the television and on Phil Donahue.  I used to watch Phil Donahue religiously.  Him and Oprah, and then Doctor Phil.  Mom loved Doctor Phil . . .  and The Bold and The Beautiful.  I don't watch anything like that anymore.  I don't even watch Coronation Street any more. To be honest we don't watch regular television, except for the news, at all.  Its all streaming for the  most part.  We pick and choose what we deem worthy of watching.  Without commercials. 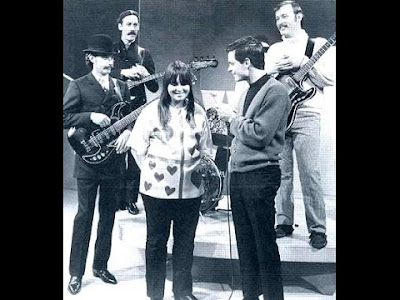 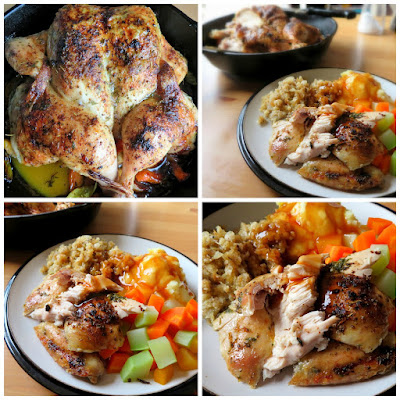 In the English Kitchen today  . . .  Spatchcock Roasted Chicken. Simply fabulous and on the table in less than an hour.

Have a beautiful Sunday. Not quite as sunny here today, but we do need a bit of rain with the sunshine, or else we might dry up and blow away like dust in the wind  . . .  Don't forget!