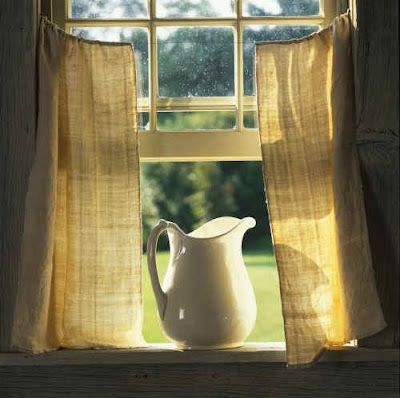 These drier longer days, with no place to go are a great impetus towards getting the Spring Cleaning done. I think most people are of one mind in my neighborhood as I see buckets coming out and windows being washed with newspapers all up and down the street . . . or maybe it's just because the sunnier days show up the dirt on them so much so that it's hard to ignore???  Perhaps people are just bored with having to stay at home???  Probably a combination of the two!

An immaculate house is a wonder to behold . . . but can also seem cold and empty, especially when there are only two of you and a little Cocker Spaniel residing within it's walls.    Whenever Todd complains about a pile of books I have left here or there, I am quick to remind him . . . were it not for my occasional clutter, he would be all alone, and he will be missing me soon enough and wanting this little pile back to remind him I am here. 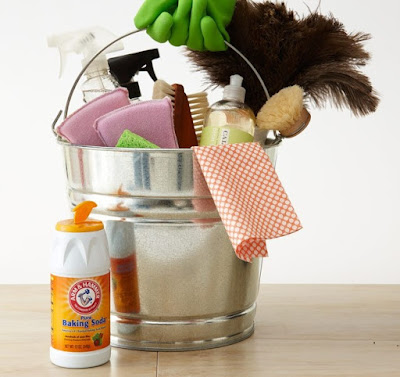 Spring cleaning and April generally go hand in hand don't you think?  Our hearts are cheered somewhat by the longer drier days and later nights.   The sun shows things up and we can no longer ignore that dust web up in the corner . . . or that dirt streaked glass.   Of course nowadays things don't get turned out like they would when I was a child.   My mother would take up the carpets and they would soon be out on the line taking a beating . . . this is mighty hard to do when one has wall to wall . . . you just can't rip it up and beat it to death on the line.  If one has the money there are carpet cleaners that you can rent . . . but alas, we don't have the money, so it's a spray can of carpet cleaner and a good hoovering.

Men normally disappear when Spring Cleaning starts . . . for fear most likely that they will get cornered and dragged into the fray!  I am lucky however . . . my man is not afraid of a little hard work . . . although Spring Cleaning to him usually means turning over the flower beds and cutting the grass.   But it is something . . . and I do not complain. 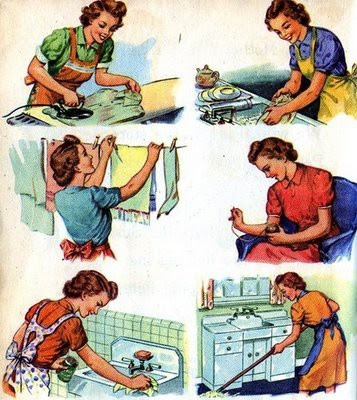 My mother was an excellent housekeeper and Spring Cleaning was serious business.   Rugs were beaten, curtains were taken down and aired, floors were stripped, waxed and polished.  My mother hustled and bustled with the best of them, her hair tied up in a kerchief.   She never looked prettier to me than when she was waging this battle against the winter's dirt, and I suspect my father felt the same.

His job would be to remove the storm windows, clean them and then store them in loft in the garage . . . very carefully lest one should break.  Whilst my mother would be cleaning the windows on the inside of the house . . . he would be doing the outsides.    The window screens would have been taken down from the garage loft and carefully hoovered and then my father would place them onto the outside spaces, where the storm windows had been removed . . . and secure them into place.    I always loved to press my nose against the screens . . . they had a metallic smell, which I always associate with rain, to this day.   When it rained we were not allowed out to play, and I spent many a rainy summer's afternoon with my nose pressed up against the screen in longing . . . 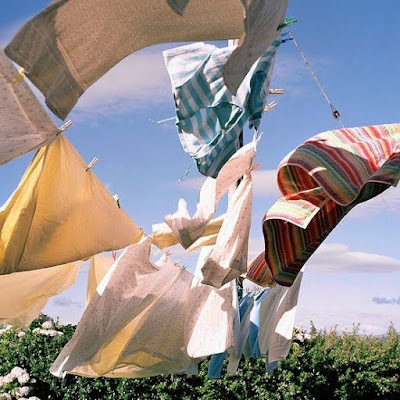 Spring Cleaning happened en-masse when I was a child.  As soon as nature began to cooperate, all along the street, banners of carpets and blankets were hung out on the lines.  Mattresses were turned out into the sun for airing.   Once the carpets, blankets and mattresses had been aired, wash lines up and down the street were heavily draped with chintz, damask, satin and lace curtains . . . flapping and snapping in the Spring breezes . . .they always smelled so good when they were brought back indoors.

The house smelled so fresh after having been shut up all Winter long . . . windows opened slightly to let in the breeze . . . airing the inside out as well.   Things were fluffed and dusted . . . books lifted from the book case, light fixtures washed with soapy water until they squeaked, radiators and heating vents washed clean as well . . . every inch of the house was cleaned until it fairly sparkled.  Our closets were gone into as well . . . and sorted.    Old toys that had seen better days were sent to the rubbish bin . . . but not without the odd tearful face and sniffle. 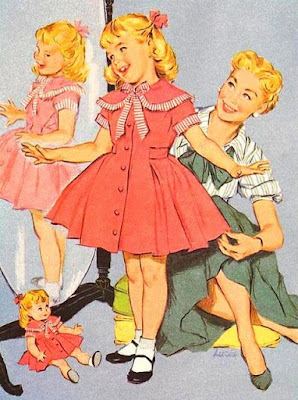 Winter clothes were bundled up and stored for the summer months and replaced with spring and summer clothing . . . gone were the wool stockings . . . and undershirts.  It was knee sock season . . . and I can remember my  legs feeling cold for a few days before I got used to the stockings being gone, but it was a good kind of cold . . . quite refreshing really.   Oh how we longed for the day when all of the snow would be gone and we could replace our winter boots with rubber boots for wading.

The result of the melting snows would be huge puddles laying all over the place.  Puddles which would be crusted over with thin layers of ice in the mornings . . . fun to crash the boots through on the morning walk to school.   By afternoon the warmer Spring sun would have warmed things up enough so that any ice would have long since melted and as the days grew longer still and warmer . . . the puddles would shrink, and shrink . . . and shrink.   Only the largest would remain . . . and I can remember watching water-bugs skimming across the surface of these . . . we would fall asleep nights listening to the peepers in the woods, their spring song echoing across the fields and in through our bedroom windows.  It was magic . . . pure magic . . . 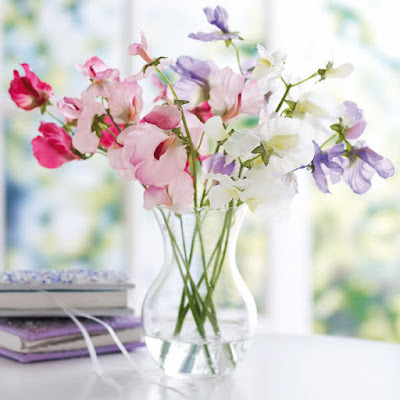 Oh . . . but the mind is a beautiful thing. Mine is filled with all these lovely thoughts and memories, which cheer the heart to no end.  I had a charmed and happy childhood I think . . .

We are truly having gorgeous weather this Easter Weekend.  I do hope that people pay attention to our Governments suggestions and stay put as they are supposed to do.  We are entering the  most dangerous phase of the Pandemic they say and people just really need to stay put, for the sake of themselves and for others, no matter the temptation to get out and about.

Our Prime Minister is out of Intensive Care now apparently and on a Ward. Let us hope and pray that he continues to get better. This must be such a concern for his fiancee who is expecting their first child and for the rest of his family.  Many families are of course in the same situation at the moment.  We are all worried and fearful, but as Todd says, there is naught to do about it but get on with the business of living and making the most of the life we have at the moment.  This won't last forever. 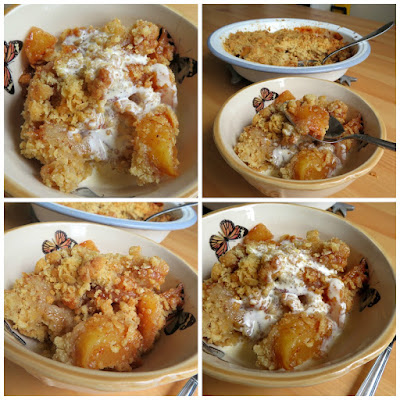 The other day my next door neighbor sent over a bag of apples that she wasn't using.  I pooled them with some of my own and made two Oaty Apple Crumbles.  One for them and one for us.  Left hers on her doorstop, texted her it was there and then skedaddled.  (Social distancing)  Its not a traditional Easter dessert for sure, but its called making lemonade out of lemons.  Sometimes you just have to work with what you have.

Have a wonderful Saturday.  The sun is shining here again.  I have been listening to the Starlings Wolf Whistle all  morning!  It never gets old!  Don't forget!