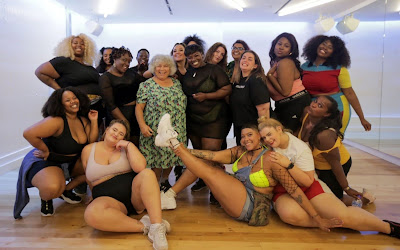 Last night Todd and I watched the first episode in a series on the BBC, entitled Miriam's Big Fat Adventure.  I really enjoyed it and found it quite enlightening.  It is a documentary presented by  Miriam Margoyles, who is herself an overweight woman, and it is about living with obesity. I could really identify with a lot of the people and situations that were presented on the program and I highly recommend the show.

First quickly, some statistics about obesity in the UK.  (And I think you will find things to be pretty much the same in most Westernised nations, but I could be wrong, so don't quote me on that.)

The Health Survey for England 2017 estimates that 28.7% of adults in England are obese and a further 35.6% are overweight but not obese. Obesity is usually defined as having a body mass index (BMI) of 30 or above. BMI between 25 and 30 is classified as ‘overweight’. The survey found that men are more likely than women to be overweight or obese (67.2% of men, 61.5% of women). People aged 65-74 are most likely to be overweight or obese.

Seeing that these statistics are from 3 years ago, you can almost guarantee that they are higher now.

You can read more about this television program here. 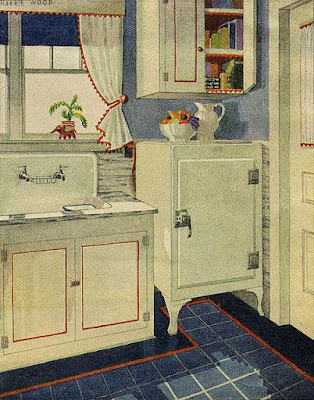 I  thought that many points brought out in the show were valid.  Fat people are marginalised, laughed at, held in contempt etc. in a way that most other groups of people would never be.  I guess what I mean by that is that a comedian for instance can make fun of fat people and the audience will join in and jeer and laugh right along with him, and nobody thinks twice about it. But if  he was making fun of gay people, or black people, etc. in the same way, modern society would boo him off the stage.  But fat people are people too.  Their feelings matter just as much as any other marginalised sector of society.  You wouldn't point and jeer openly at a transexual person, but many do just that to a fat person. 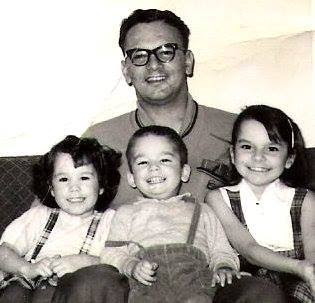 This is me at age 8 or 9  think.  Perfectly normal sized. My mother had been overweight as a child, and her children were not going to be overweight.  She regulated very strictly what we ate or didn't eat.  My father struggled with his weight and has been obese or on the edge of obesity most of his adult life, as has many of his family.  My maternal Grandmother was obese as was my Aunt Freda, my mother's youngest sister.  I think it is safe to say that in our family there is a propensity towards being overweight. 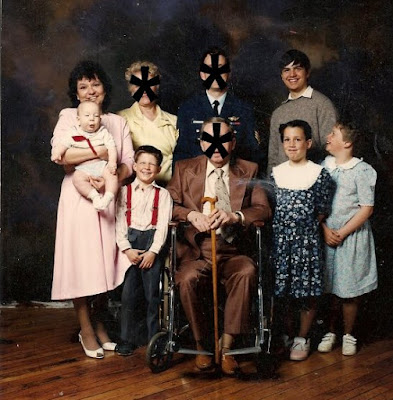 I got a bit chubby when I was 13 and 14, but that is quite common in girls I think, when they are going through puberty.  I slimmed down, got married, put on weight, took off weight, etc.  and this is a photo of me after having had five children. My youngest is about 8 or 9 months old in this photo.  I don't think I look too bad for having had all those babies.

And then I quite smoking.  And I had my tubes tied.  All around this same time. Quitting smoking was probably one of the best things I ever did for myself, and I don't regret it one bit.  In fact I can no longer remember what it was like to smoke and I am grateful for that!  Having my tubes tied was something else.  It wasn't something I really wanted to do, but was forced to do. It was a terrible experience for me. The operation itself went well but when I went to get into the car to go home afterwards everything turned to chaos and I had to quickly be taken back into hospital, etc.  A totally horrendous experience.

Anyways, that is when the weight started to pile on.   And I dieted.  For the past thirty years I have tried every diet under the sun.  I have taken off tons of weight, and put tons of weight back on and more. I have walked millions of miles on treadmills. 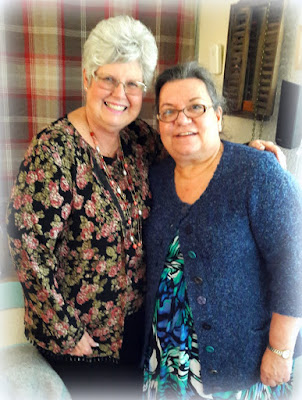 What you see here is the result of years and years of dieting.  I think for every two pounds I have taken off I have put back on three.  I am obese, and what is clinically called morbidly obese.  I hate and loathe my body.  It scares me. A lot of my health problems can be directly related to my weight. I know it.  Nobody has to tell me.  I see it every time I look in the mirror.  I try to eat healthy most of the time, but I don't get enough exercise.  Osteo arthritis has stolen away a lot of my mobility.  Most days I cannot walk very far without being in excruciating pain.  My back. My hips. My knees. My ankles.  My neck.  Most days I am in pain from head to toe, but I do my best.  I really do.

Healthy food is expensive.  At least it is here in the UK.  The government moans about how our children are getting fatter and fatter, but the fact is so long as a packet of green beans costs twice as much as a packet of sausage rolls, that's not going to get any better.

I don't eat sausage rolls, or potato chips, or chocolate bars, etc. I don't drink sugary drinks.  I drink sparkling water and . . . every night, a small glass of prune juice. (Thank you diverticulitis.) I eat an apple every day.  I try not to eat bread and, when I do, I eat whole wheat bread.  I do have a weakness for potatoes and pasta.  I limit the amount of potatoes I have and when I eat pasta most of the time it is whole wheat pasta.  I eat on a sandwich plate, not a regular sized plate.  I can't remember the last time I ate a whole dessert.  I do like a taste, and feel quite deprived when I can't have one.

One of the main reasons I did not fly back to Canada during the last few years of my mother's life (aside from my lack of money) was the fact that I am fat and I did not want to disappoint her.  I knew how my mother had looked at and judged fat people through the years and how much they disgusted her and so I did not want her to look at me and be disgusted.  Not that she would have, or at least I hope that she would not have  . . . but in my mind I could always hear her voice talking about other fat people and she was talking about me.

I do not see myself as ever being thin.  That dream has died.  I decided a few years ago that all I was going to strive to do was to be/eat/act healthier or as healthy as I could and that's what I have done.  I will probably always dislike my body.  I will probably always wish I was thinner.  But I can still be happy.  I don't need to be judged by people who have never walked in my shoes or lived my life.  I probably know more about nutrition and food and eating than most people. I don't need educating. I am me, and . . .  aside from my weight . . .  I like me. I am a good person.  Laughing at me, or looking at me with disgust will not make me thinner.  Neither will judging me.

Just what was on my mind this morning.