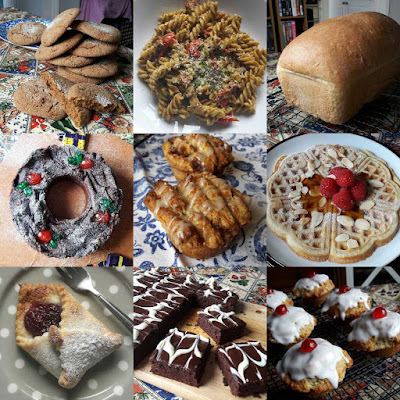 It's hard to believe that there are only two more days in the year 2017. This year seems to have flown by ever so quickly.  I know it feels like that every year, but this year seems to have passed by particularly fast.  I know I am not along in this!  Everyone on Instagram has been doing their best nine for 2017 and, while I am not normally one to follow the crowd, I decided to do it as well.  There is an ap you can use to figure it out.  Its not what I would consider to be my best nine of 2017, but hey ho, who am I to argue with an ap!

Years are funny things aren't they.  We start each one of them with great anticipation and sometimes even dread, because none of us knows really how they are going to end up.  Most of us don't have crystal balls to show us our futures.  Its all a bit of a gamble really.  That's where faith comes in.  Because without it, none of us would be brave enough to take that first step out into the unknown . . .

Well, we don't have a choice really do we?
The future is ours no matter what. 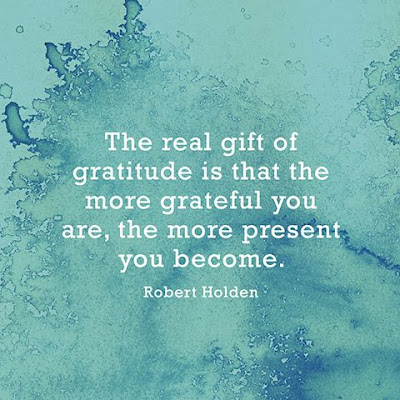 I think the real key to a happy life is to look at life with a heart filled with gratitude.  When you do that, life becomes almost magical.

And 2017 has been a pretty magical year for me. 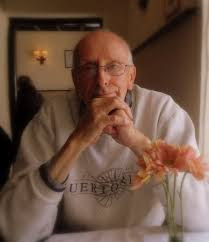 Things were pretty uncertain when I was sat at this point in time last year.  We'd just been told that Todd had cancer and he was going to have to go through radiation treatments.  The "C" word is a really difficult word to hear. First you cry, and then you get angry, and then you go to work at trying to beat it.  Todd faced this battle admirably.  He was strong and brave and he just did whatever he had to do, no matter what. Being declared cancer free at the end of it all was and is a huge blessing.  God willing it stays that way.  We had a friend this year who faced the exact same battle and who was not as lucky.  He, unfortunately, only lived about 3 months after his diagnosis . . . . it was very, very sad, but it (I hate to say this) helped us to appreciate the blessing we had received even more.

This year was a year in which I got together with and spend time with not one, not two, not three, but four groups of people who have been pretty special to me in my life. 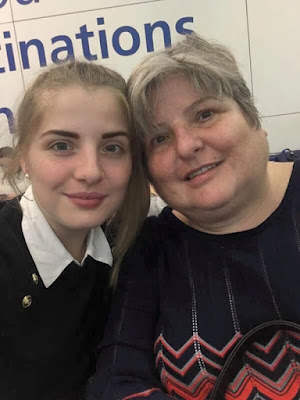 It began in January when my friend Suzan and her daughter Bethany came over from Australia.  Suzan and I had known each other for a long time on here and it was such a thrill to finally get to meet in person, as well as meeting her daughter.  Although still, why anyone would want to come to cold old Europe in the middle of winter when they come from such a warm climate still mystifies me, I was so grateful for her visit. We had a lovely day together and made some really special memories! 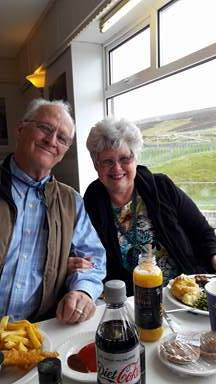 Then in April Lura and John and John came over.  We had a lovely time when they were here and the time went far too quickly.  They spent a week with us at the end of April and it was such a blessing for me to be able to finally do something for Lura in return for all that she had done for me back in 2009 when I went over to Utah.  And Todd finally got to meet the both of them, which was an added blessing! 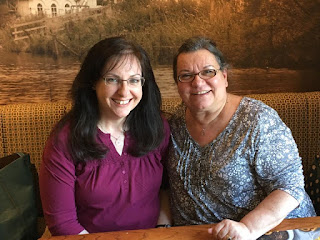 In May, Valerie and her husband Steve came over and we got to spend a day with them!  It was a flying visit, but one which was really special to both of us.Their son had done his mission here in the UK, and had actually served here in Chester.  We had him to our home many times while he was here. It was so nice to actually meet Val in person. 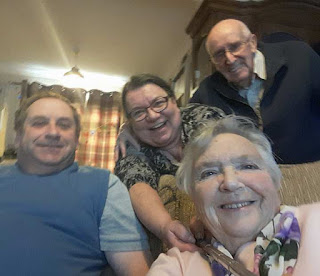 Of course the capper was finally getting to meet dear Sybil.  We were trying to figure out how long we had known each other, and I think about 15 years or so, from way back on our AOL Journals days.  Its almost funny that she is the one I lived the closest too and yet she was the one it took the longest for me to finally meet in person!

Will 2018 see Todd and myself taking a trip down to Bath in return?
I sure hope so! 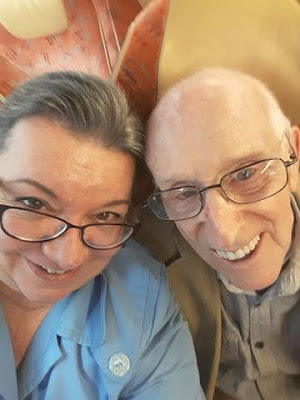 Then in June, courtesy of the McMillan Cancer Trust, we both got to enjoy a trip to Scotland.  It was really fun for me to see a part of the country that I had not yet seen, and it was just fun for the both of us to get away from here for a few days and just forget about our regular life. 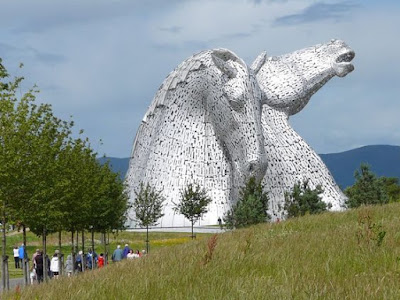 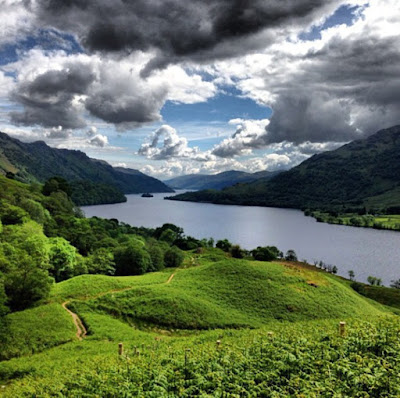 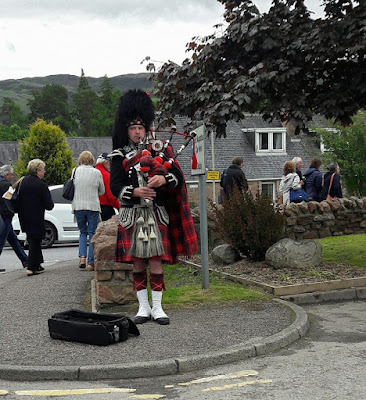 And a whole host of other things and best of all
we got to do it together. 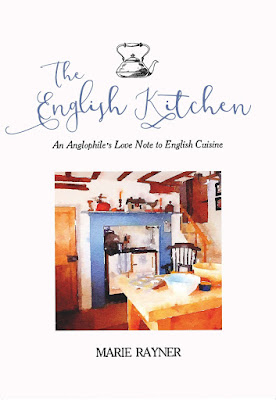 2017 also saw the fulfilment of a lifelong dream of mine to write a book and have it published!  I am still pinching myself over that one, as it doesn't quite seem real to me.  I am so grateful for everyone's kind words about it, the positive reviews, etc. They really do mean the world to me.  Because writing the book was not so much about ME doing something as it was about me doing something that brought joy to OTHERS!  And it appears to have done just that.  The icing on a very tasty cake. 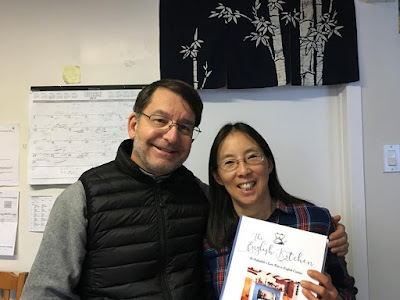 I have always wanted to do something that would  make my family proud of me.  I didn't really achieve much scholastically speaking.  I didn't graduate from University.  I didn't have a career.  I messed up two marriages before finally getting it right.  Two out of my five kids think I was and am a rubbish mother . . . to me this book was more than just writing a book, but an opportunity for me to show my family that I could actually do something well, and something they could be proud of me for.  My brother sent me this photograph last night with the caption of "It finally got here!"  And he looks pretty pleased to have it!  That makes me happy.  All of the positive words on the review sites make me happy, my two oldest boys and my oldest daughter loving it makes me happy.  You liking it makes me happy also.

I am not sure that 2018 can bring me anything better than
what 2017 has already brought me. 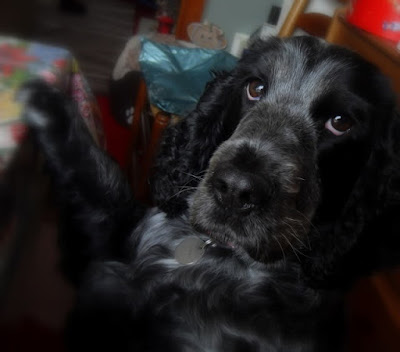 I am one very lucky woman, and this
has only been the tip of the very
wonderful iceberg called
2017. 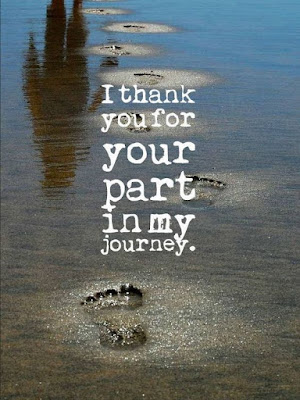 So what are your plans for New Years Eve?  We will go to church, then I'll cook us a nice supper and we'll watch some telly, be in bed for 9 or 9:30, wake up for the fireworks at midnight, wish each other a Happy New Year and hopefully fall blissfully back to sleep.  Yes, we are that boring! 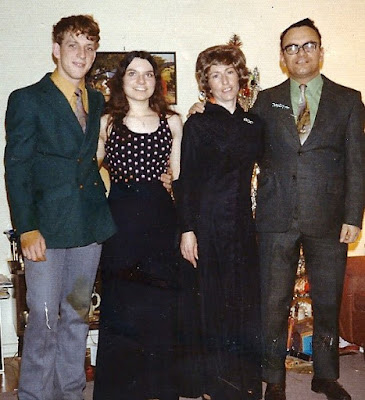 This was me on New Years Eve back in 1972, with my mom and my dad and my ex husband, before he was even my husband.  I was 17 and had my whole life in front of me.  Boy if I could only have known then what I know now.  Would I have changed any of it?  Probably not because the journey is all a part of what has made me who I am and I kinda like me just the way I am.  Oh . . .  in all honesty, I would  like to be a lot thinner, but that is just superficial.  Basically I like me for the most part.  We all have things we need to work on and I am no different. ☺  If I can end 2018 as a better person than I was when I started it, then it will also be a very good year. 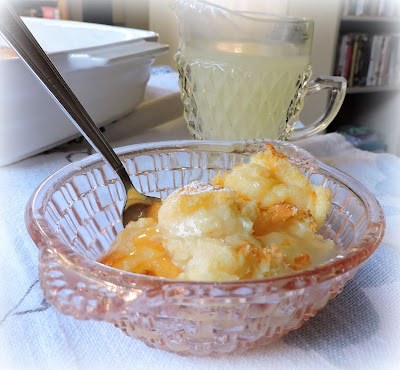 Cooking in The English Kitchen today  . . .  Lemon Bread Pudding with a lucious Lemon & Cardamom Sauce.  Yum!
Have a great Saturday!  Don't forget along the way of your day . . .