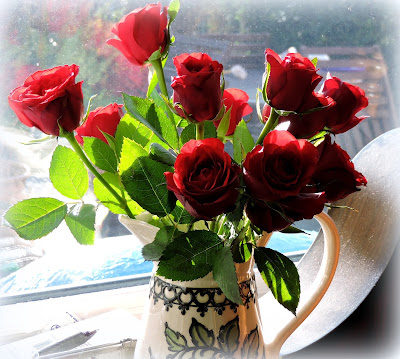 My sweetheart bought me roses this week. I love that on our 18th Valentines Day together, he is still thoughtful enough to do that.  He still makes my heart go pitty pat. He is the Yin to my Yang and the other half of me that I spent a whole lifetime looking for.  We go together like peas and carrots!

Unless we are doing something together
like organising the craft room. 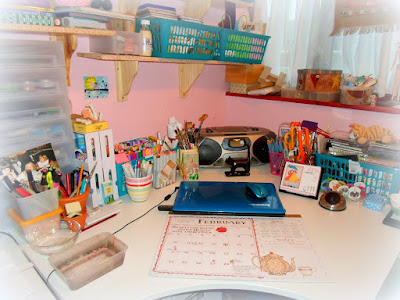 I know and recognise then that I drive him up the wall just as much as he does me.  Our ideas of just what constitutes a "keepable"  differ greatly.  Boy do we differ on that!  I was quite busy doing what I have to do when I noticed he was sorting through books.  My radar went up.  Books.  I love my books.  He said they were "his" books, and admittedly most of them were, but he was making two piles.  One to keep and one to giveaway and there were some of my books mixed in amongst them, and he was putting them into the giveaway pile.  I just couldn't continue with what I was doing. My annoying (to him) need to rescue kicked in and I was "helping" him all of a sudden. Just in case he inadvertently got rid of something I wanted to keep.

He was not amused. 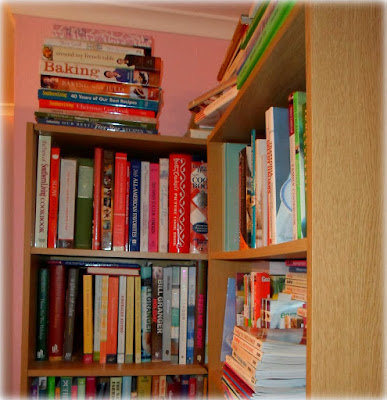 So I went back to what I was doing and then after he had put them out onto the stairs to take down, I remembered I had to go downstairs for something and had a peek at the pile on my way down.  I don't think I really fooled him any, not at all.  Yin to my yang . . . unless we are talking about books. It is then that all bets are off.  I don't expect him to appreciate the value of a well beaten batter anymore than he expects me to appreciate the value of a civil war book.  On these things we differ greatly! 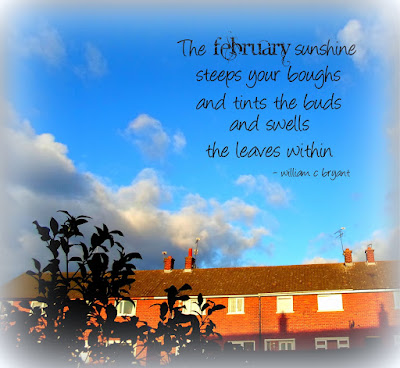 Nevertheless we got through an hour or two without actually maiming each other and lived to tell the tale!  It was such a beautiful sunny day here yesterday and one can almost feel the impending arrival of Spring . . .  just around the corner . . . already the buds on the Camelia bush outside the front door are swelling and some are tipped with Pink.  On the first of April, it will have been eight years since we made our journey back to Chester and I remember the beautiful pink blooms that were sitting by our front door to bid us a fond welcome, and they have been doing so every Spring since . . . 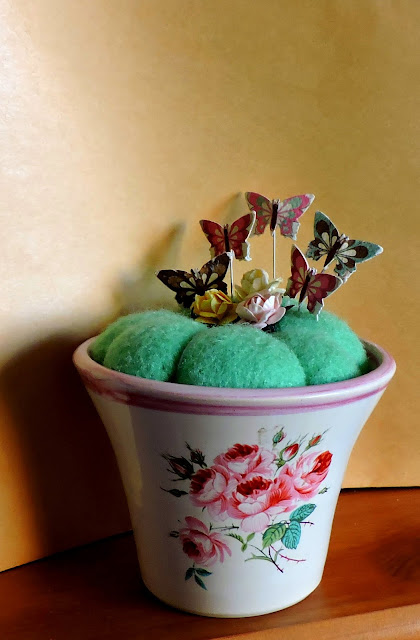 I have been pondering the merits of doing a tutorial for making a pincushion for in my new book.  I want to put a few crafts in amongst the recipes and my seasonal ponderings.  My mind is not made up entirely . . . .  this is a pin cushion I made from a small china cup that I found in a charity shop a few years back. I am quite in love with it.  I was going to sell it, but then couldn't part with it  . . . 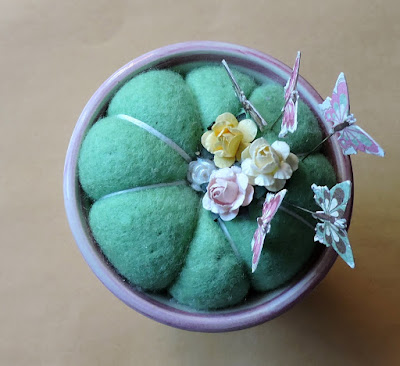 I fell in love with the cup itself, and then the paper roses and rose button which adorn the top  . . .  and the butterfly pins I made using paper scraps and long pins.  They say you should surround yourself and keep only the things you love . . .  and this I love.

But I think a tutorial would be good, what say you? 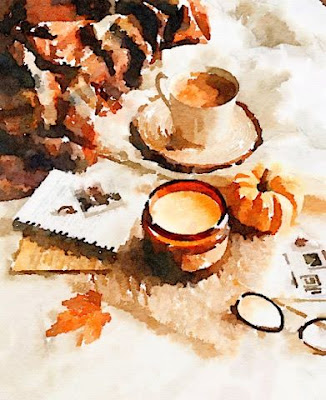 I was quite a bit disappointed by someone this week.  They had promised quite a while back that they would review my book and then put it off and put it off, for one reason or another, so I had approached them again in the new year to see if they were still interested, and they said although they were busy doing this or that, they would.  So I arranged to have a book sent to them.  I thought it would be a good thing.  Afterwards they proceeded to stick it to me, which I really should have expected because it was true to form and the way they have approached my blessing in having been able to write a book all along. After all of that they proceeded to tell me that they no longer do book reviews on the blog but would be happy to do a review on Amazon.  Surely the time to have told me that would have been before I went to the trouble of having a book sent out to them.  And then on Amazon, they stuck it to me . . . oh yes, they gave me five stars, but nevertheless they stuck it to me by undermining the whole premise of the book with their words.   Here is just an exerpt . . .

"The recipes are eclectic, and despite the subtitle of the book being “an Anglophile’s love note to English cuisine”, you will find a variety of recipes in the book, not just English, but a predominance of North American recipes from Marie’s homeland of Canada, and beyond."

I was really disappointed.  Very disappointed . . . and hurt, but I should have expected nothing less than this from her.  This undermines totally the concept of it being an Angophile's love note to British Cuisine. And she did it anonymously, without putting her name to the deed. Now anyone who might have been interested in the book because of its English connection will think twice, because well . . .  why buy this book if it holds a predominance of North American recipes . . .  if what you are wanting is British ones???  This person had the power and influence to really do me a favour with this review and bring it to the attention of a great number of people in a very positive way, but she chose not to, which probably says a lot more about her than it does me.  I need to cut this person out of my life . . .  but that old concept of keeping your friends close and your enemies closer keeps coming up in my mind and so I don't.  There is a part of me that would love to call her out on what a poisonous thing that was to do to me, and very mean  . . .  but the nicer part of me says, just let sleeping dogs lie . . .

People who feel the need to bring others down in order to lift themselves up
really leave a sour taste in my mouth.
Its just nasty.
And I don't like it. I don't like it at all. 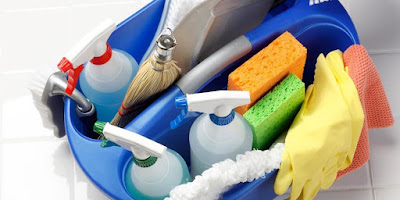 I am the administer of our church Ward's Facebook page. As such I have the responsability of making any announcements that need making, etc.  One of my responsabilities it to post the Chapel Cleaning list each quarter and then post reminders to all those involved each week so that the jobs get done.  I made a big booboo last week and somehow got the list mixed up and reminded people a week early, which meant that this week I had nobody to do the jobs.  I apologised to those involved and then Todd and I set our minds to the fact that we would just have to do the whole chapel ourselves.  We are going this morning to do that, but thankfully a few others have stepped in to take on some of the jobs as well, so we will not be doing it alone. Thank goodness!  Whew!  I don't think I will be making that mistake again!  That would have been horrendous to do the whole chapel all by ourselves, but we would have done so if we had to.  I am so grateful for good people who are always willing to step up and lend a hand! 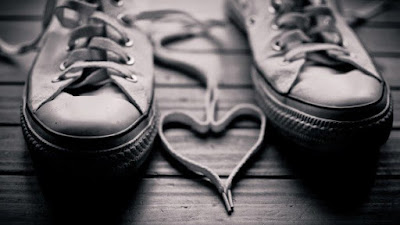 Deeply saddened this week by the news of another mass shooting at a high school in America.  I am sure you are all aware of it.  It makes me so sad that we live in a day and an age where there are people who feel that it is okay to just take a gun and kill other people like that.  Its horrendous.  I read somewhere that he went to McDonald's afterwards.  After killing 17 people and terrorizing countless others.  It defies comprehension.  But even amidst the horror of such an act, there are heros that outshine the heinousness . . . and help to solidify our belief in the prevailing goodness of humanity. 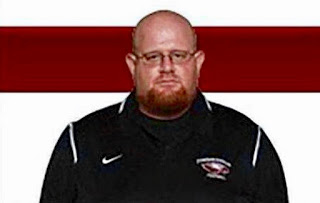 Assistant Football Coach and security guard, Aaron Feis,  selflessly shielded students from the shooter and in doing so was shot and killed himself. In a split decision he had a choice to save the children or save himself.  He died a hero and we will never know how many lives he saved in doing so.


In every tragedy, we must look for the helpers.  They are always there.
Angels at large  . . . 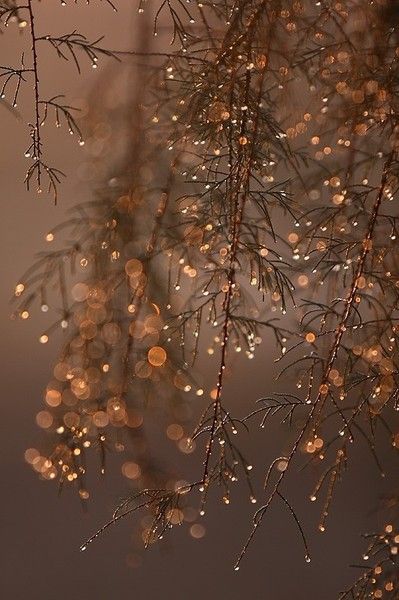 No book of mormon corner until Monday.  I am running late and need to get going. Sorry! 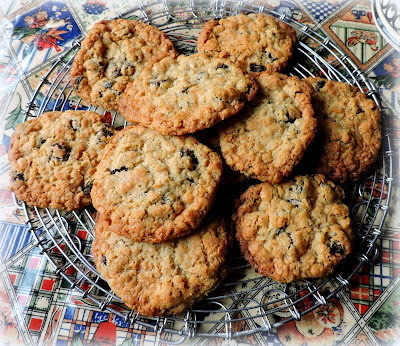 In The English Kitchen today  . . . Oatmeal & Raisin Cookies, and also a milkshake and a tutorial on the differences between condensed and evaporated milks.

Have a great Saturday!  Don't forget!