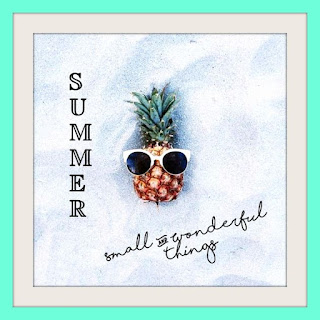 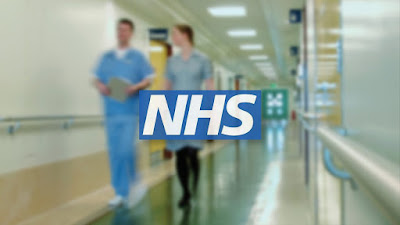 Very grateful for the NHS.  You probably noticed me missing yesterday.  That's because I was recovering from Saturday.  Saturday morning I started feeling very unwell.  I had a pressure on my chest and I was sweating and feeling woozy. This continued off and on all day until about six pm, when I finally said to Todd, I think I need to go to Emergency.  So off we went. I was sure I must be having a heart attack, and was feeling quite stressed about that.  I was able to get registered very quickly and taken into the triage area, where they did an ecg and took some bloods, inserted a  canula.  But then we sat waiting. It was 3 1/2 hours before I was actually seen by a Doctor.  I think that is rather a long time when someone is presenting themselves with heart attack symptoms, but perhaps that is just me.  Once I was seen by the Doctor, she decided that I needed a chest x-ray and several more blood tests and ecg's. I was wheeled off for the x-ray and then had more bloods taken, and then all of a sudden they were wheeling me off to "A more comfortable bed," they said.  It wasn't until I got into the Ward that we were told I was there for the night. Poor Todd.  He took himself off home and I got changed into some PJ's and tried to go to sleep, but I had a freight train in the bed next to me. I tried everything.  Wrapping my head in my pillow, etc. but there was nothing that could drown out the sound of the lady next to me's snoring.  It was soooooo loud.  I am surprised anyone was sleeping!  (but it appeared they all were.)  I am a person that can't sleep even if I can hear breathing.  I wear ear plugs at home, but of course I don't normally carry them around with me. (Note to self, always carry a spare set of ear plugs in purse.) I lay there all night.  Hospitals are noisy places, especially if you are in a room next to the ER and you have ambulances arriving all night, etc.  I had a nice big window over my bed and I saw every flash, lol.  They did more tests about 4 am.  and finally about 7 am. I was told that they could find nothing untoward, my ecg's were all normal. My blood tests normal.  They thought I did have a urine infection though because of my urine results and my cholesterol is a bit elevated. (they changed my cholesterol medication a few months back and it obviously isn't doing its job.) I was told I could go home and luckily, Todd was already back and waiting for me in the common room. (He couldn't sleep either!)  So I got dressed and we toddled off home. We tried to go to bed yesterday morning, but neither of us could get much sleep so we basically just lay around in our PJ's feeling like crapola all day yesterday and went to bed early last night, where I got a full night's sleep and he was still sawing a lot when I got up at six this morning!

So grateful however for a medical service which is free and for all the dedicated NHS nurses, doctors, etc. that work their bones off despite being under-staffed and over burdened.  I think they did a fab job.  Sitting there for the 3 1/2 hours that I did, and watching, there was nonstop patients coming in and staff dealing with it.  Everyone was doing their best.  The nurse who took my first bloods was so tired.  I think some fund pumping into the NHS is long overdue. We need more nurses and doctors and beds.  In short, the NHS needs more money.  Having said that, they are doing an excellent job with what they have. (NHS stands for National Health Service.)

Whew, long winded or what! 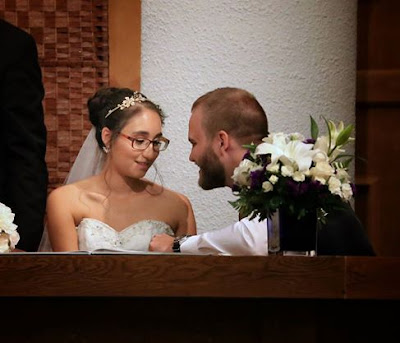 Lisa and Patrick
My brother's oldest daughter got married on Saturday!  Here they are.  I love this photograph.  You can see that they love each other very much!  I think he has pretty much been the only boyfriend she has ever had.  All our best wishes to this lovely young couple as they begin their lives together!  She's a graphic designer and I think she works for Shopify.  He's a student finishing up a degree or some such in Robotics.  I love that she chose to keep her glasses on for her wedding.  I have never seen a bride do that. Even I took mine off (all three times, lol)  We women are such vain creatures.  Hooray for Lisa for embracing who she is.  A beautiful young woman, even with glasses on. I think she is gorgeous! 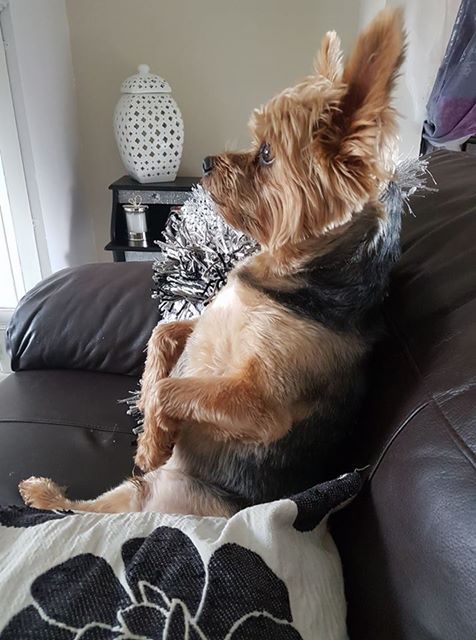 My friend Maxine has the funniest dog.  His name is buddy and he is a rescue dog.  Todd thinks he is somewhat annoying because he barks constantly anytime we go out into the garden, but I think he's adorable, despite the barking. He has personality plus.  He's a total little character.  We do love our pets. 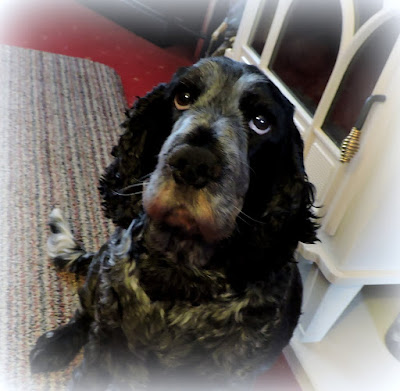 This is what's looking at me right now.  She is such a sweetie pie.  You should have seen how excited she was when I came home yesterday.  She pratically turned herself inside out.  Todd had given her oatmeal for breakfast, despite me having shown him multiple times exactly what she gets fed each meal.  He said he didn't know what to give her.  Guess I will have to show him again! 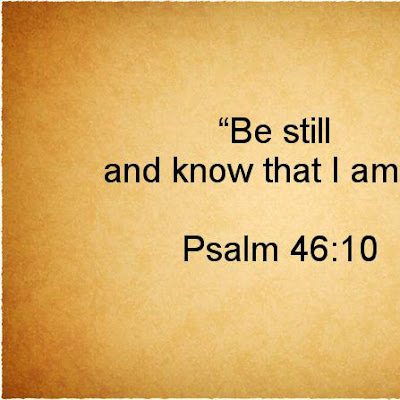 All the prayers and happy thoughts that were being offered for me Saturday.  I could feel them.  They covered me and brought me peace.  It is hard to feel too upset when you know people are praying for you. 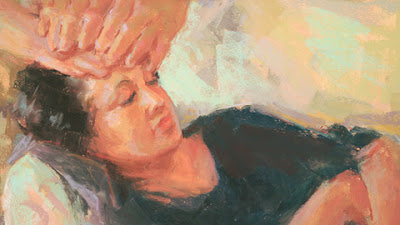 The power and comfort of Priesthood blessings.  All worthy men in my church hold the Priesthood of God, which is the power of God on the earth, we believe. As such they are worthy to give such things as blessings of comfort and healing, etc. to their families.  A worthy priesthood holder will annoint the head of the person to be blessed with olive oil which has been blessed and set aside expressly for that purpose and the annointing will be sealed by the laying on of hands and a blessing pronounced according the inspiration and will of God.  I am so grateful that I have a worthy Priesthood holder in my home, who can bless me when I am feeling low and in need of extra help. 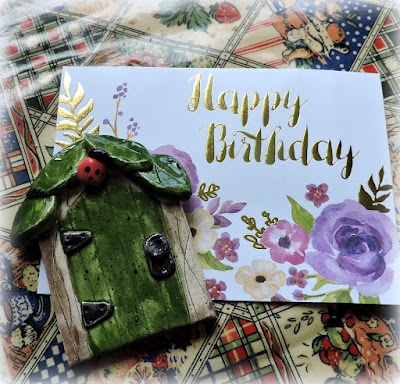 The thoughtfulness of family and friends, and each of you.  It all blesses my life in countless ways.  I am such a lucky, lucky girl  . . . 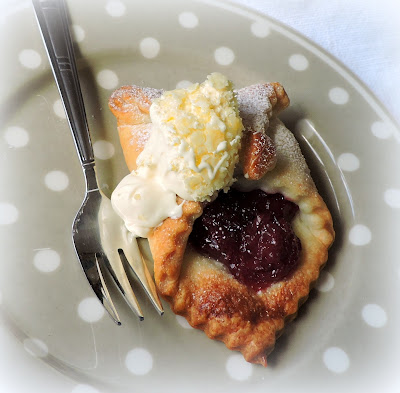