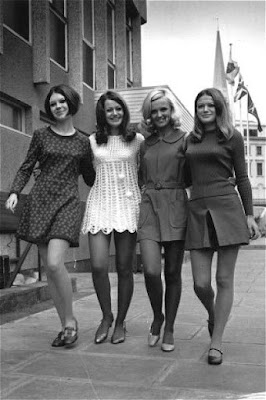 I can remember going to my very first school dance when I was 13 years old and in Grade seven, back in 1967.  I didn't have anything as lovely and sophisticated as these girls had to wear.   I wore one of my mother's dresses, a turquoise knitted sheath dress with a white lace overlay and skinny tie belt.   Looking back on it now, I probably looked quite hideous with my black horn rimmed glasses, frizzy hair and ugly shoes.   I didn't dance with anyone.  Spent the whole evening like a lemon standing at the back of the gym and listening to music with all of the other girls who spent the whole evening like lemons standing at the back of the gym listening to music with me. 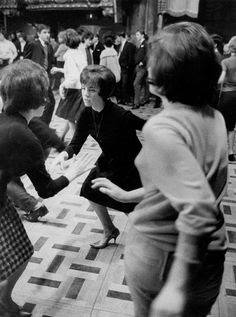 I remember some of the braver girls dancing with each other, but I was not a very brave girl.

We were watching this television show about being British the other night and it brought back a lot of memories for me because this particular episode was on school days back in the day.   I don't think that the British experience was all that different than the North American experience, with the exception of the fact that in the schools I went to we were not segregated boys from girls,  and we didn't wear any type of uniform, except in Gymn.   In North America if you were wearing a uniform to school, you were either in a Military Academy or Reformed School.   Or . . .  Catholic school. 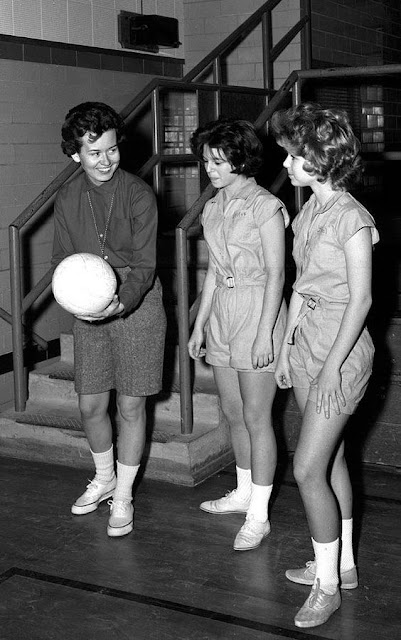 Those gym uniforms were horrid.  Blue, with belts, ill fitting and uncomfortable.  The cool girls never did up the belts.  They left them hanging.  I wasn't cool.  I have always been a person who needed to dot all my i's and cross all my t's.  I think gym teachers must have had to go to a college where they learned how to be mean spirited.  I never had a nice one.  The men were all mean and the women all horrid and nasty.  And don't get me started on the changing room . . .  the changing room could make or break your whole school life depending on what kind of underwear you had, if you were plump or too skinny, if you hadn't begun puberty or if you were too far advanced in puberty . . .  there was so much to slip you up and give cause for tormenting by the other girls.  I hated gym, and not just because I am not a naturally atheletic person, but for all the above reasons.

You haven't lived until you've been knocked about on the shins with a field hockey stick by a bunch of girls who want to get even, or critiqued for your hairy legs, etc. 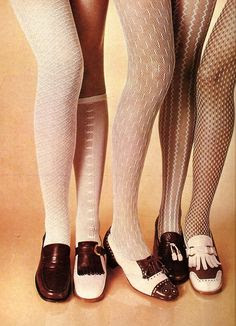 School Uniforms on the other hand would probably have been a great idea . . .  that way you wouldn't have had to keep up with the Jones and latest fashions, which was somewhat difficult if you had really thrifty parents.  My mother liked to shop at the nearly new or the thrift shops.  Even as the oldest I wore someone else's hand me downs and my mother's old bras.  I hated that.  Once she started working it got a bit better and as I got more proficient with my sewing skills I used to make my own clothes, but clothes were always such a mine field and gave much room for teasing and belittling.  You only had to get it wrong once and you would be forever known as the girl who had gotten it all wrong for whatever reason.

I think that is because as teens and young people we are all very self conscious anyways, and what better way to get any attention off of yourself than to deflect it onto some other poor sap. 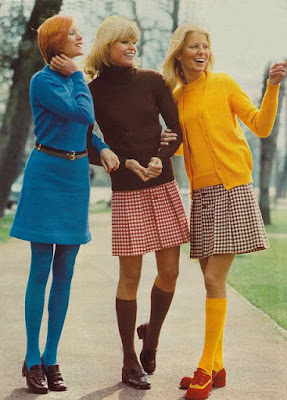 We may not have had official school uniforms as such, but there was a "uniform" look that we all adhered to upon pain of forever being labeled as a square from the lowest possible social class . . .

I was never cool.  But neither was I on the lowest scale.  Whew!   Kids are so mean.  We couldn't all be Marsha Brady. 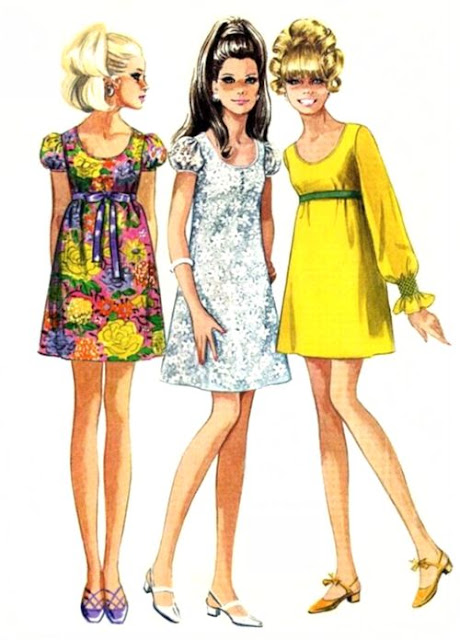 Nick names . . .  terms of endearment?  Or another crass form of labeling??   My best friend and I were called "Ernie and Bert,"  which in retrospect was not as bad as it could have been.  I was Ernie because I was the shorter of the two, and had a rather round face.  Mary had a longer face, was taller and had a faint unibrow.  All told, it could have been worse.  There was a girl that got called "white fang" which was absolutely horrible for her I am sure.   My ex husband got called Egg . . . because he had a rather large head before his body caught up in size with it.  Then there was "Bucky,"  "Carrot Top," "Spot", etc.

You had to be a rather strong personality to be able to rise above these  types of things, and not let them bother you.

And I was pretty average . . .  thinking back now, it must have been a horrid experience for anyone who was outside the norm.  Character building, probably . . . heartbreaking, most definitely . . . brutal even.

I don't think there are many of us who would like to return to those days.  I am sure that even those we deemed as being "cool" and "untouchable" still had their crosses to bear!  They were just most probably able to hide it easier.

One of the nicest groups I belong to is on Facebook, and it is a group of all the kids that used to hang out at the Community Centre on the base where I spent all of my teenage years, and the thing I love most about it is that as adults, we have lost all of that stuff and those things which made being teenagers so tough.  We are all just people now and we love each other to bits and consider each other friends.  The scales of teenage angst have fallen away and we are just people.  Its great!  We mourn for those we have lost and we celebrate who we have become. 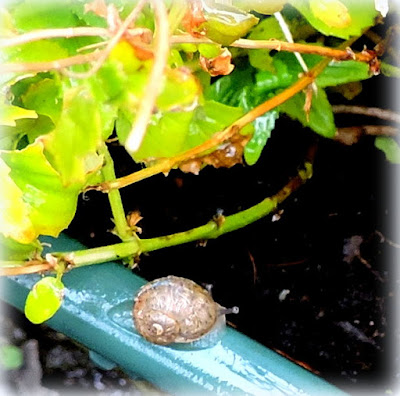 I found the teeniest tiniest snail in the garden yesterday.  Not much larger than my baby fingernail, with the cutest little antennae!  Proof positive that even baby snails are sweet.

Once again my herbs have disappeared.   I have herbs that should be coming back each year that I am sure Todd throws away because they look dead before they grow back.  Sigh . . . but everything for the most part is coming along a real treat.  My Chinese Poppies are almost in bloom, the bleeding hearts are blooming, the purple lobelia is putting on a lovely show, the snap dragons have flower buds waiting to burst open, small blooms are forming on all the hydrangea and buds are shaping up on the roses.

And our geraniums and lavendar made it through the winter . . .  again!  Yay!

Its back to the rain today.  It started yesterday afternoon.  Life is all about learning how to dance in the rain!  For sure!  The Zone Leaders are stopping by for lunch today so I best get cracking! 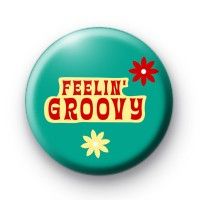 A thought to carry with you through today. 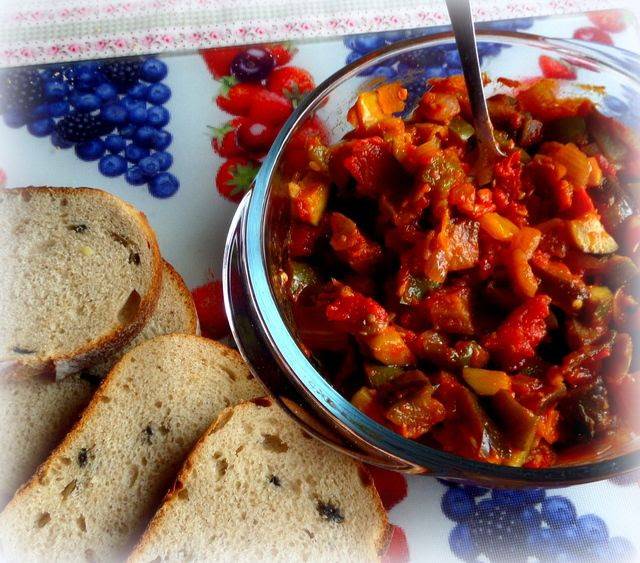 In The English Kitchen today  . . .  A Simple Ratatouille.  Delicious.