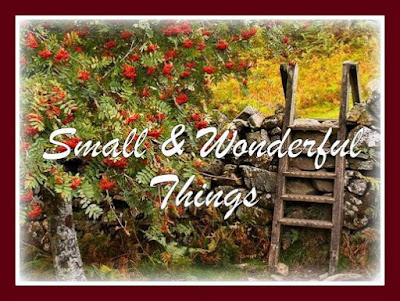 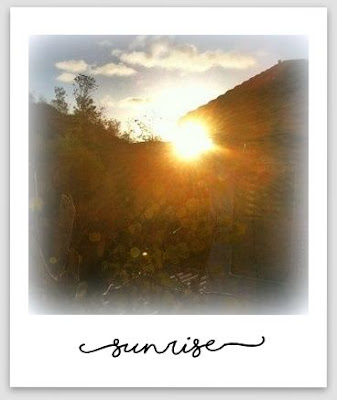 Watching the sun rise each morning above the rooftops across the street.  I have always been an early riser.  I've never been able to sleep in, unless I am not well.   Watching the sun rise is an integral part of my day. There is something very spiritual about it.  The darkness of the sky on the horizon gradually lighting up until it bursts into something quite spectacular . . .  like the flames of a fire as it takes hold of the logs it dances upon.   If there are clouds in the sky it is only more breathtaking as the flames lick and colour each undulating edge with golden light.  It lasts only minutes, but what a beautiful gift we are given with the dawning of each day . . . 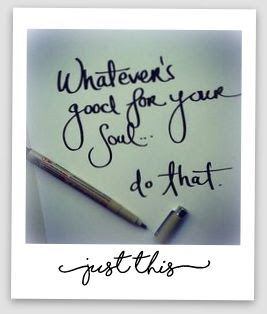 Feeding the soul.  It doesn't cost much to feed a soul.  Only time, and not even a lot of that.  It can be fed by the comforting touch of a hand, or the broadening warmth of a smile . . . a fit word spoken, the colours of a delicate bloom, a few melodious notes of a song, a service given or a service taken, a listening ear and a shoulder to lean on . . . all free, and there are many, many more gifts such as these to feed your soul. 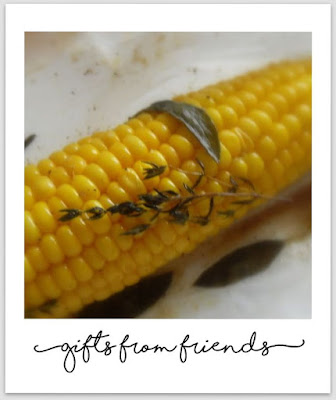 The gift from a friend yesterday of two cobs of corn, still in the husk.   It made my heart smile.  I roasted it in the oven, rubbed with butter, sprinkled with sprigs of fresh herbs and wrapped in baking paper.  It was good.   Not quite as tasty as peaches and cream, but good.  What made it taste all the better was that it was the gift from a friend.   Gifts from friends are priceless . . . even two ears of corn.  Who needs diamonds and rubies . . . these were pearls. 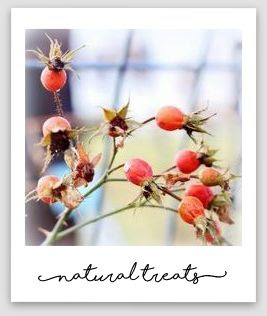 Rosehips ripening on the bushes.   Not only do the birds love them, but you can make all kinds of lovely things with them, like rosehip chutney, rosehip jelly and rosehip syrup.  Did you know that during World War 2 they were producing rosehip syrup like crazy so that the children in this country could get their Vitamin C.   Rosehips are filled with Vitamin C!  It also has a reputation for keeping colds at bay all winter long! 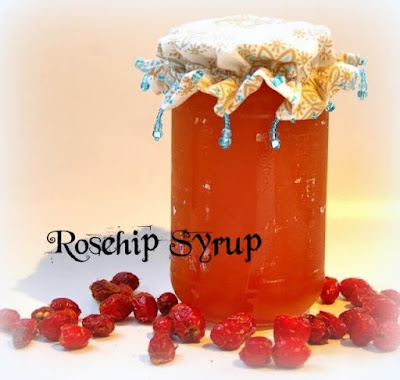 How to make Rosehip Syrup

Strain the mixture through a jelly bag. (Alternatively, line a colander with a couple of layers of muslin and place over a large bowl. Tip in the rosehip mixture, and leave suspended over the bowl.)
Set the strained juice aside and transfer the rosehip pulp back to the saucepan, along with another litre of boiling water. Bring to the boil, remove from the heat, infuse for another half an hour and strain as before. Discard the pulp and combine the two lots of strained juice in a clean pan. Bring to the boil, and boil until the volume has decreased by half. Remove from the heat.

Add the sugar and stir until dissolved. Return to the stove, bring to the boil and boil hard for five minutes. Pour into warmed, sterilised jars or bottles and seal. 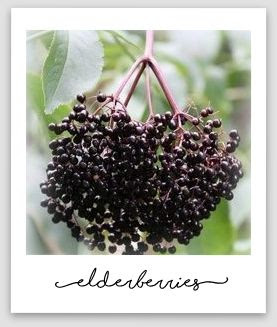 Elderberries.  They grow wild and are ripening in the hedgerows and woodlands at the moment all over the UK.  Great for making pies, jellies, jams, cordials and of course Elderberry Wines and liqueur.  You can find lots of recipes here on the BBC Food pages.   Do leave some for the birds though as they are am important source of food for them as well!! 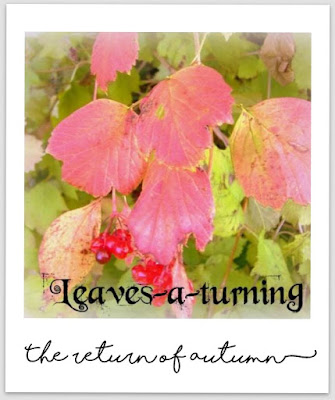 One week from today sees the official return of Autumn, although I have seen signs of it for a few weeks now. Is it  my favourite season of the year. Like Anne Shirley, I am a girl who "Loves Octobers."  Shorter days and cooler temperatures bring leaves a turning.   It starts at the tops of the trees and works it's way down, this change in colour . . . leaves begin to fall and skitter across the dry pavement.  I have already seen geese flying south  . . .  the sound of their cries echoing through the sky, portending the advent of Autumn . . .  We can no more hold it back than we can lassoo the moon . . .

"Autumn is a second spring, when every leaf is in flower."
~Albert Camus 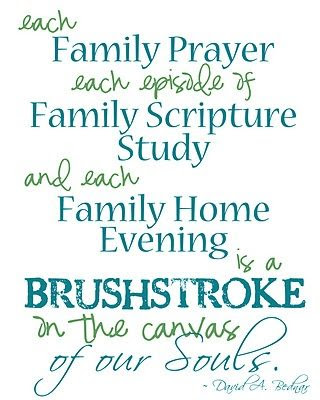 These are small things.  These are simple things.   They may not ever be the cause of mountains moving, but they are the things which bring both Todd and myself immeasurable joy in our lives, both as individuals and as a family.  These simple things have the power to change lives in wonderful ways.  I know this to be true because they have changed mine.  I just wish they had changed it sooner, but then again, God's timing is always perfect and made just for you. 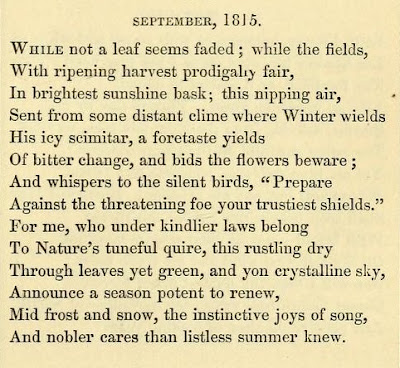 I found this and fell in love with it. It is by William Wordsworth, and entitled A Sonnet for a Season. I have always loved his writings.  It was the thrill of my life to be able to visit both his childhood homes and Dove Cottage in the Lake District where he lived with his sister Dorothy.  And also his childhood school room, the very desk he once sat at still in place.  The other day I spoke of contrails and what they leave in their wake.  I wonder what he would have thought did he know that one day some 300 years later people would still be enjoying the whimsey's of his lyrical mind . . . 300 years from now will anyone still be reading mine? 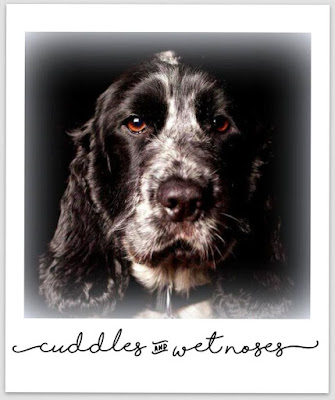 Puppy dog cuddles.   she knows when I am not feeling well, and she tries her hardest at those times to comfort me.   What did I ever do to deserve such devotion and such love.  I don't know, I only know I am grateful for it . . . the soul of a much beloved dog is a beautiful thing. I talk to her constantly when Todd is not here.  She follows me around and I talk to her and she listens.  Sometimes she talks back.  We are great company for each other.  I love her so very much, which terrifies me at times . . .  she is nine now.  More than half her life has gone . . . so blessed to be a part of it. 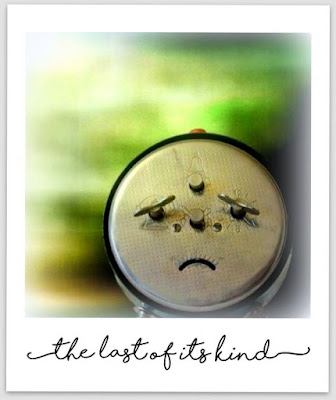 I saw this and it made me smile.   It's the back of an old wind up clock, but it looks so sad . . . probably because it is one of the last of its kind . . .  I miss wind up clocks, and watches for that matter.  You never see them anymore.

And those are my small and wonderfuls for this week.  I had ever so many more, but only so much time. Sorry I was absent yesterday.  I had a terrible night's sleep Saturday night and then when I did fall asleep, it was too late to do much of anything when I got up, and then the day got away from me with church and all that. 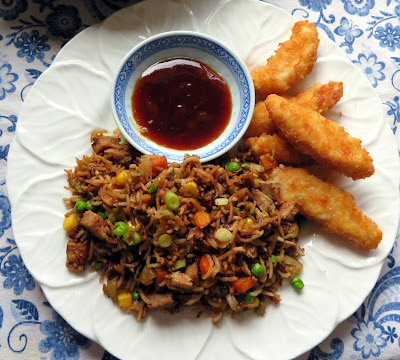 I am using up leftovers in the kitchen today with Pork Fried Rice.  We enjoyed with some chicken tenders and a Chinese BBQ dipping sauce.

I hope your week ahead is filled with lots of small and wonderful blessings.  Don't forget along the way!