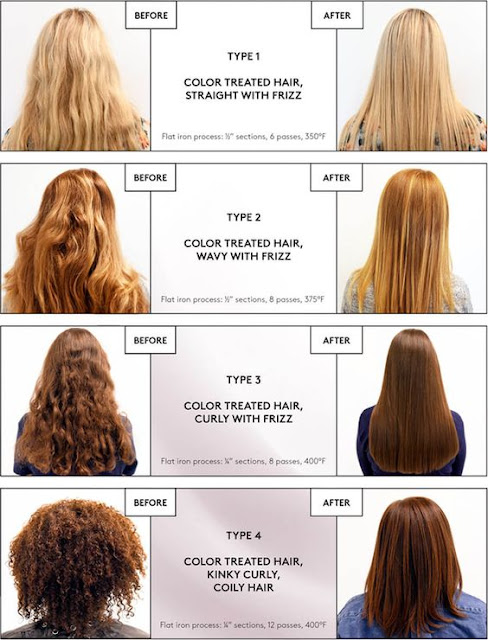 Something I have been considering for a while now is having a Brazillion Blowout. (I think that is what it is called.) Its a straightening process for the hair. I have always wanted straight hair. My whole life I have wanted straight hair.  Have any of you had this process done?  What did you think of it?  Did it wreck your hair? 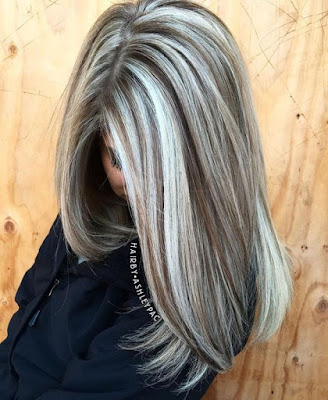 And then there is this. Discovered this the other day and have kept going back to look at it again and again and again  . . .  not totally grey or silver but a mix of brown and silver and grey I think, maybe white.  Its so, so, so pretty  . . . . 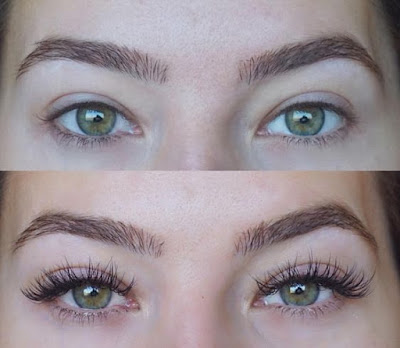 Lash extensions.  Wow.  What a difference.  Ariana had it done and I thought she had beautiful lashes to begin with. My lashes almost look non-existant without mascara. Ariana had a friend who did hers for £20. (I know imagine spending £20 on your eye lashes!)  You don't wear mascara after you have them done apparently.  You let your lashes speak for themselves.  Ariana said hers drove her a bit crazy because they got all dis-arrayed at night and she would have to sort them all out in the morning. Not sure I could stand that kind of thing.  Any of you had them?  What did you think? 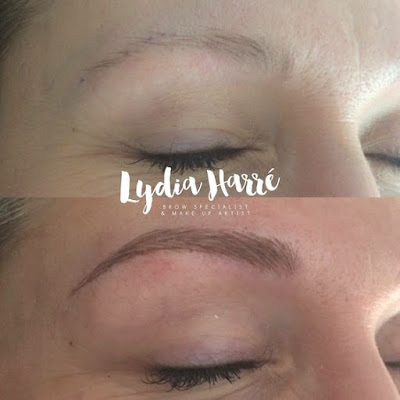 Eye Brow Micro-blading.  Yay or nay?  Ariana had that done as well.  My friend Tina had her brows tattooed on in Thailand when she was there. She regrets it. They are dark and always there.  Micro-blading not permanent and not as solid.  What do you think?  I have never NEVER had nice eyebrows.  I am at an age now where I have to draw them on because they are pretty non-existant.  I did not pluck my brows when I was younger. I remember having them plucked at a hair dressers once and almost died from the pain, lol.  So my not having any isn't because I have over-plucked.  I just don't have any . . .  and what I do have is very short, kind of like hitler's moustache.  Your thoughts? 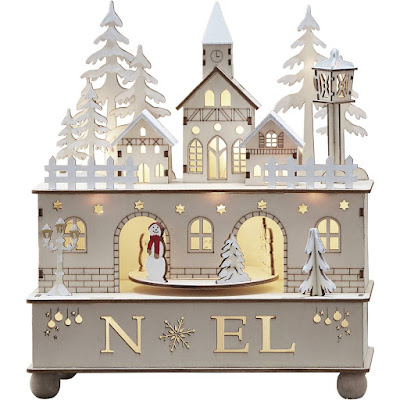 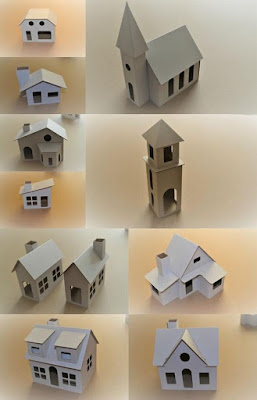 You can get a whole set of them to paint and glitter on Etsy.  Have you ever wanted a Christmas village on your mantel?  Knowing me if I bought something like this, 10 years from now it would still be sitting there waiting to be made up, lol.  What is that say about the road to hell being paved with good intentions?  That's me.  lol.

I didn't win the lottery last night.  It was £167 million.  What would you even begin to do with that much money??  How many lives could you change??  Mind boggling.  I have seen the American Super Ball Lotto (or whatever it is called) get even higher than that.  Amazing amounts of money.  I can't imagine. 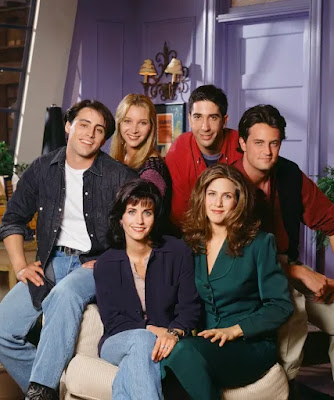 Oh, and I started Friends again for the fourth time.  I heard a rumor that they were going to be dropping it from Netflix. Say it ain't so!  I never watched the show when it was on the telly, but I love watching it now, and I also started this . . . 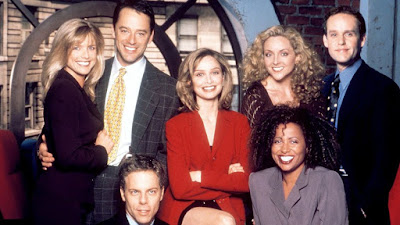 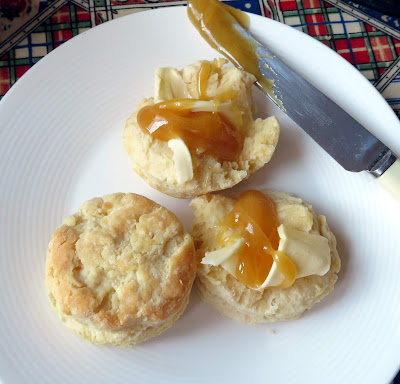 Have a great Sunday! Don't forget!