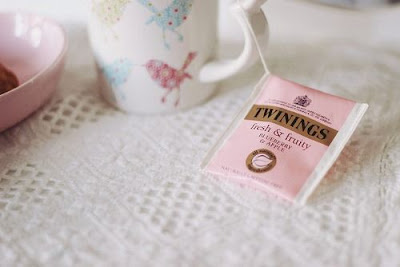 But alas, I haven't been well enough to want to really go anywhere.  Monday during the day I started having the worst pain ever, almost as bad as labour pain . . .  Diverticulitis pain.   I can't ever remember feeling this way.  Oh, I have had little twinges before, but not full on pain like this was.  It was like someone was stabbing my abdomen all over with an ice pick.  Excruciating.   I actually woke up with it Monday morning.  It had begun in the night . . .  but I thought it was just an I have a full bladder and need to go to the bathroom, but don't want to get up kind of a thing . . . but it was so much worse than that, and going to the bathroom didn't relieve it. At.  All.

I messaged my son.  He has diverticulitis.  He told me to take an anti-inflammatory and drink lots of water . . .  which is what he does.  I did that, and took Milk of Magnesia, and spent a good part of the day laying down.  I ate plain toast . . .  and watermelon.   Todd was so good.  Bless him . . .

I sent him to the shops for some sliced watermelon . . . . 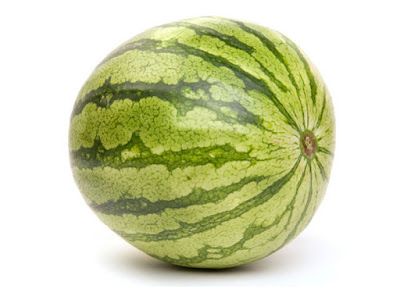 I should have been more specific . . .  because he brought me home this.   A whole honking watermelon!  We managed to eat some of it.   I sent some with him to take to our friend Audrey  in the hospital.  And we still have half of it in the refrigerator.

We need some kids to help us eat the other half. 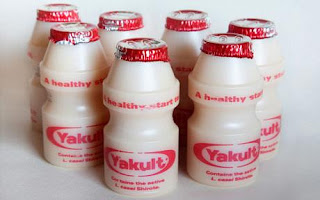 I also put on the list some Yakult, Pro-biotic Yogurt drinks . . .  the low fat/sugar ones.   I thought they might help to restore some health to my gut . . .  and I usually do drink one every morning, but had run out . . . 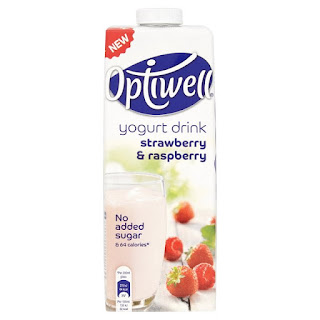 Bless his heart he brought me this.   He got the no added sugar thing right.  lol

Its pretty tasty, but not pro-biotic.

He got the Milk of Magnesia and the paracetamol right.   I also wanted some boneless skinless chicken breasts, so I could poach some and then have poached chicken.  A low residue diet thing . . . and he got those as well, but he bought the ones I would never buy.  The extra value ones (read cheapest) that are a bit questionable, and they smelled funny.  But we do feed Mitzie chicken instead of dog food, so it won't go to waste. (She gets brown rice, poached chicken and vegetables every day along with a vitamin tablet.)

I did feel somewhat better yesterday, but the niggling pain was still there . . . dull but there.   We had been invited out for dinner, but we had to cancel.  I just didn't want to risk it.   I just spent a quiet day not doing much of anything at all. B O R I N G   Two days in a row.

This morning I still have some residual pain, but it feels more like trapped wind, and isn't so stabbing.  (TMI I know!)  I have no idea what caused the initial attack . . .  what I might have eaten . . . I try really hard to stay away from my trigger foods . . . baked beans, corn, popcorn . . .

Having IBS, Diverticulitis and Diabetes is a bit like living on a roulette wheel food-wise.

Even though we couldn't go anywhere yesterday I did accomplish a lot few things.  I cleaned the refrigerator.  I got all of Mitzie's bedding washed and aired and we gave her a bath out on the patio.  She wasn't sure about that.  I have never met a spaniel that hates water so much.  She tolerated it however and is now smelling somewhat fresher, as is her bed.

I need to do hospital bags for both Todd and I.  So that if either one of us ends up in hospital, we are ready for it.  On my list of "To Do's."

Today looks like it is going to be fine also.   I still am not wanting to venture very far from home however . . . so maybe we will take the opportunity to clean out the freezer which is in the shed.  We will see what happens.

In the meantime I will leave you with a thought for the day . . .


Have a wonderful Wednesday.  I hope your day is filled with lots of joys, large and small.  Don't forget!