Happy Birthday to my special guy! 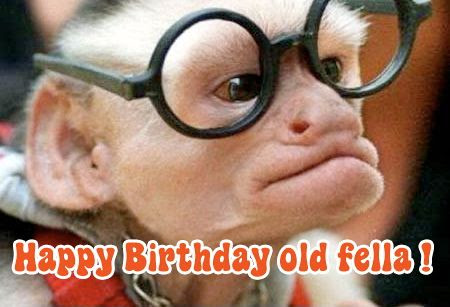 As most of you know already, today is my dear Todd's Birthday. He is 71 years young, although I am quite sure he would rather that those two numbers be reversed! It's also the anniversary of our first meeting in person, for this is the day my plane landed here in the UK at Heathrow for that most auspicious occasion, all those years ago. It was pretty amazing that it just happened to land on his Birthday wasn't it? I reckon I'm the best Birthday present he's ever had! tee hee! 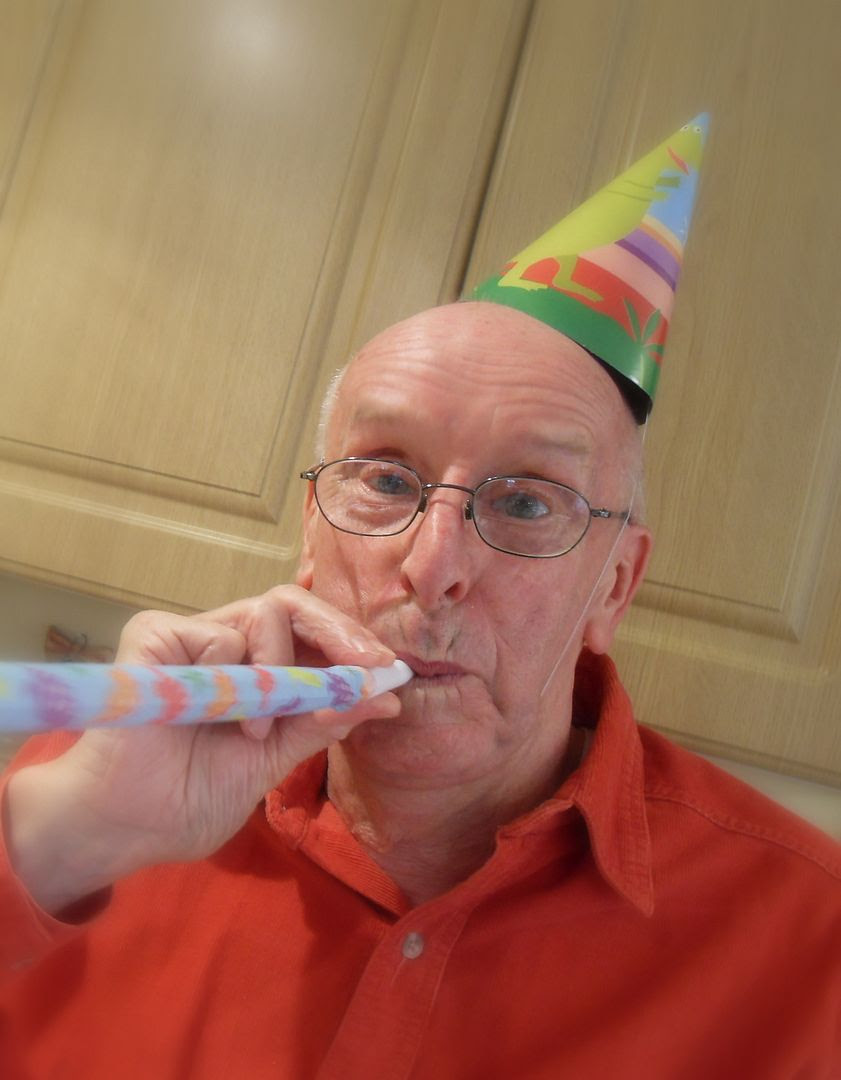 I love my Todd. He's so easy going, and always up for anything, even when it means that I have asked him to pose for a picture a bazillion times and make him wait (posing) for at least five minutes each time until I get it just right. (Lura's John will know what I am talking about I am sure!) He did draw the line at my filming me cutting his hair to put on You Tube. I thought I could make it quite funny, but he thought it would be quite boring. (He should know by now that anything I do is never boring, ever!) 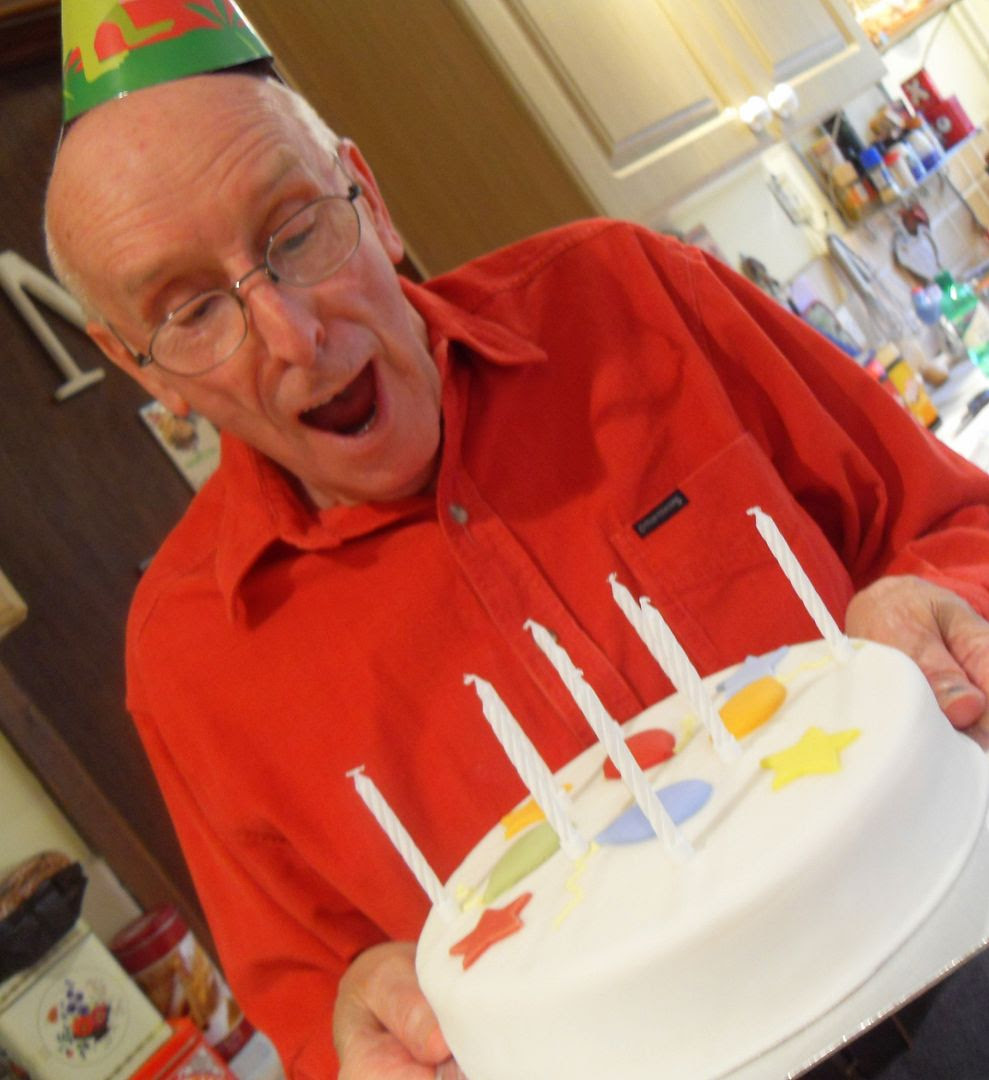 It doesn't matter how silly it is, he does it for me, and I love him for it, and for his patience with me and with life. (amongst other things) 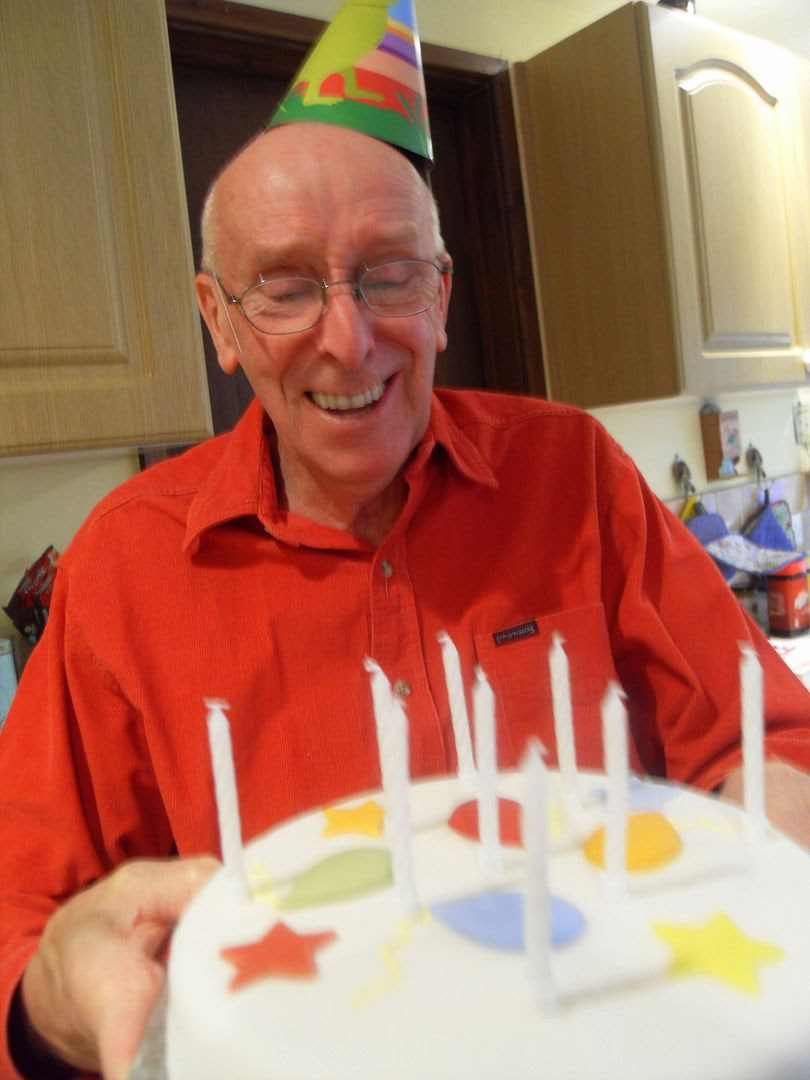 My Todd really loves church doctrine and theology. He could read about it for hours. He also likes to talk about it, and once in a while, we do get into a discussion about it. But I'm kinda like the plumber's wife whose eyes glaze over when her husband starts to talk about pipes. I tune it out after a few minutes, kinda like how Todd's eyes glaze over when I start to wax rhapsodic about a particular cake or casserole, I guess. 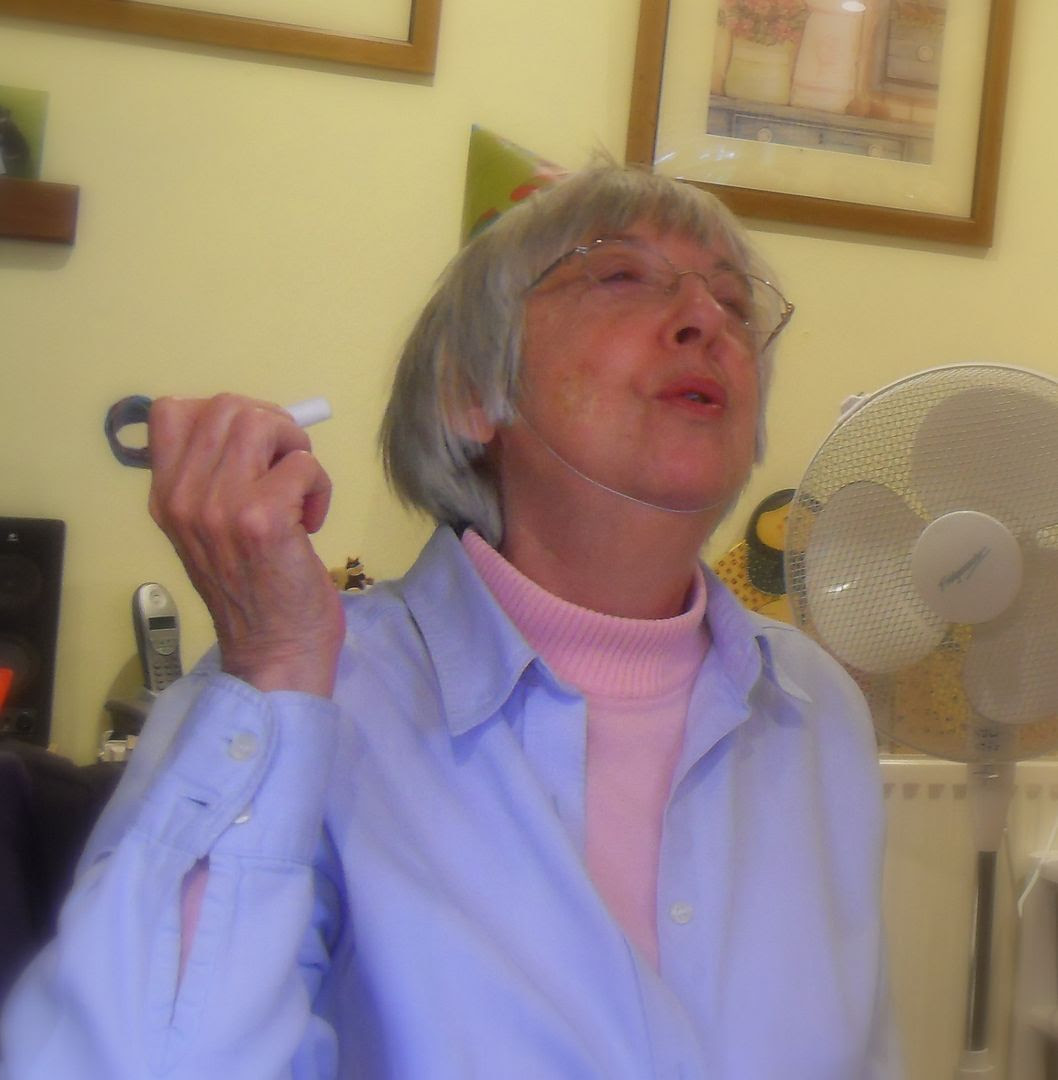 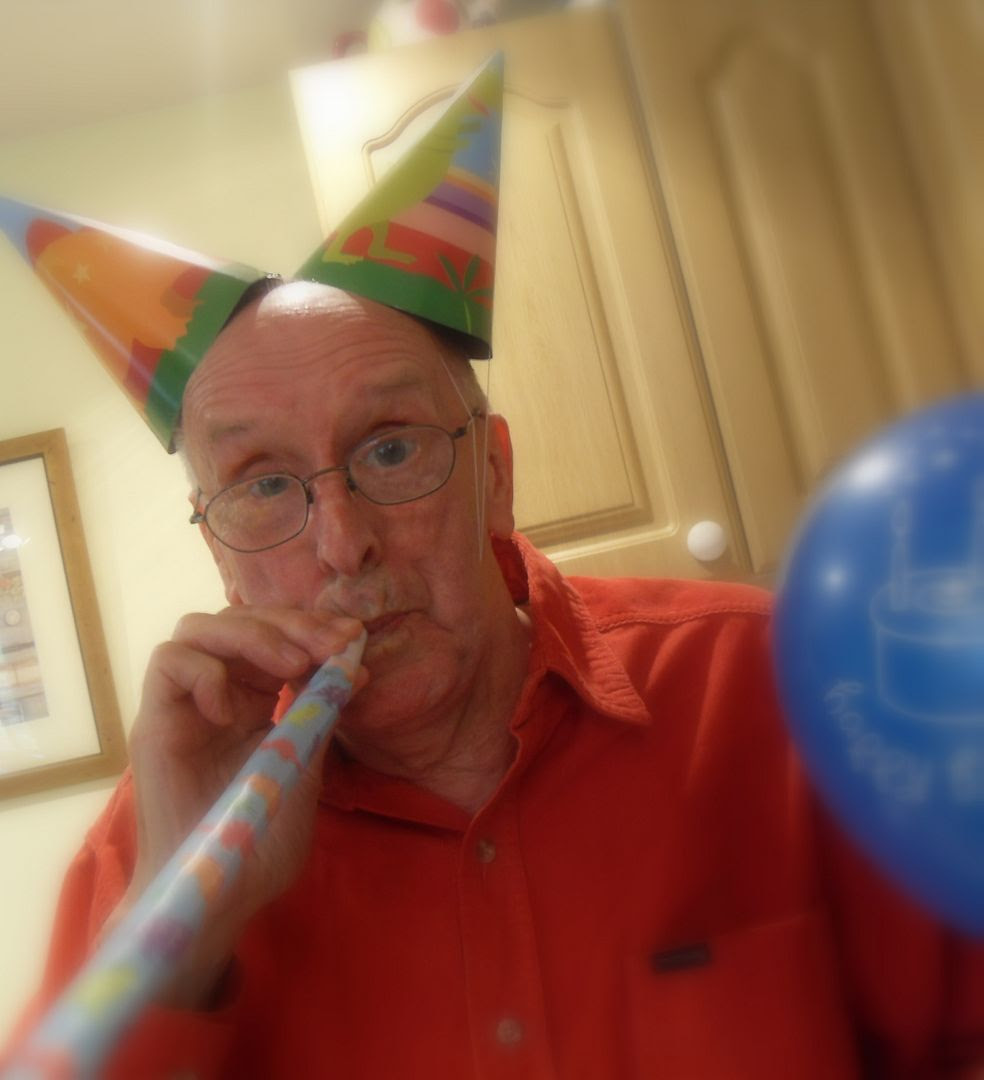 My Todd was on his own for many years before I came along. I am sure that there are many days he just wants to pull his hair out, because I am a bit messy. Creative people are like that you know. We don't see piles of papers on the table, we see sketches waiting to be painted, and those cookbooks stacked in the corner, well . . . they're for future reference! Todd puts up with it and only grumbles when it gets a bit much, and then I put them away of course! Really, he needs to, or it would probably get way out of hand. He's a very tidy, "a place for everything, and everything in it's place" kind of a guy, and I'm very thankful that he is. I did tell him when we met, our lives would probably never be the same, and guess what? They haven't!!! (and in a very good way I hasten to add!) 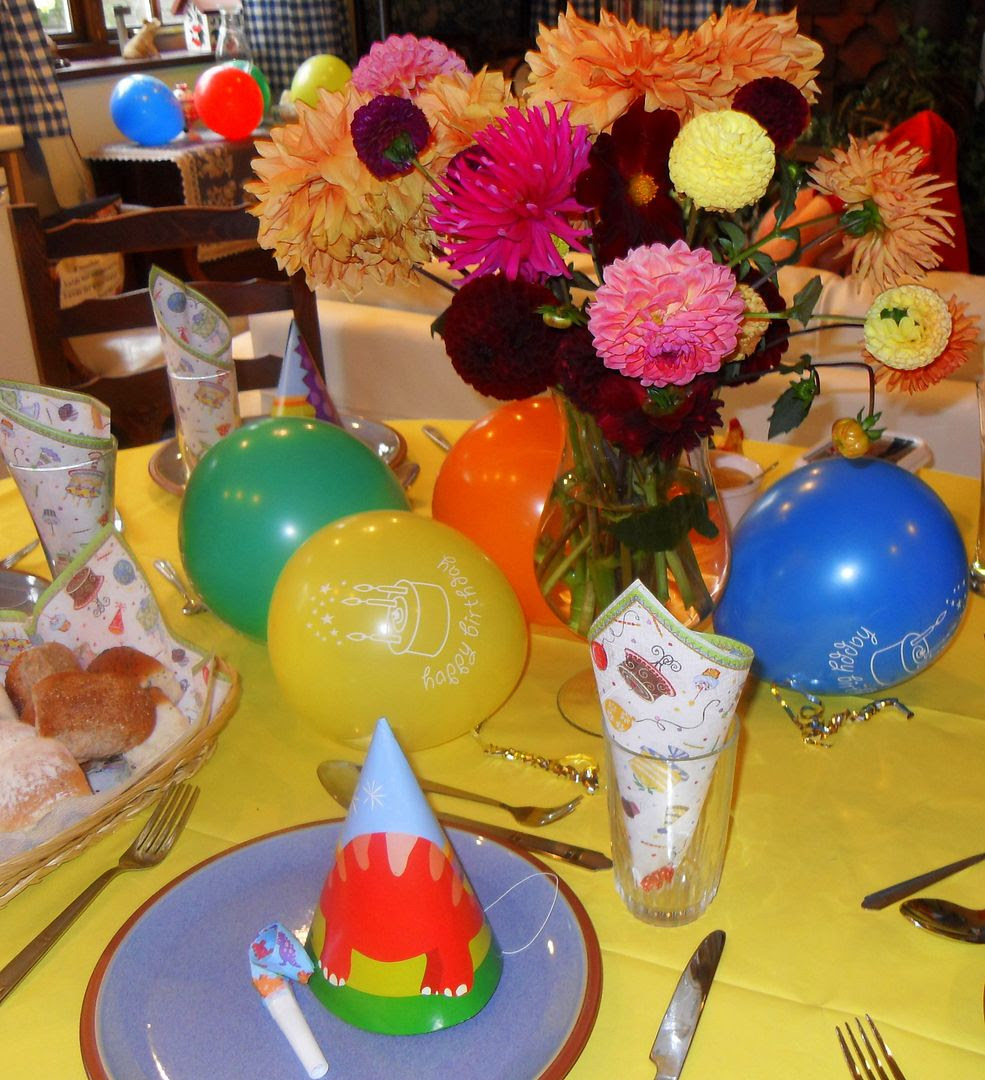 My Todd hasn't got much in the way of family. He has an old Auntie that lives down in Devon and his brother who lives in Romford, but that's it. My family has become his family, and, so you can see . . . . when he inherited me, he inherited a whole bundle of people. It would have been nice if they could have lived in the same country, but oh well . . . you just can't have it all, and I reckon we are pretty lucky just to have each other.

It would have been nice had we met in time to have had a family together. We are both from the "Waltons" school of family, and would have loved to have at least 8 or 9 or even 10 children, but I guess we'll have to wait til later on for that. That gives us all the more reasons to do the things we ought to do here, as well as something to strive for and look forward to. We have been blessed to have two of his sons sealed to us, so that is something to look forward to as well. 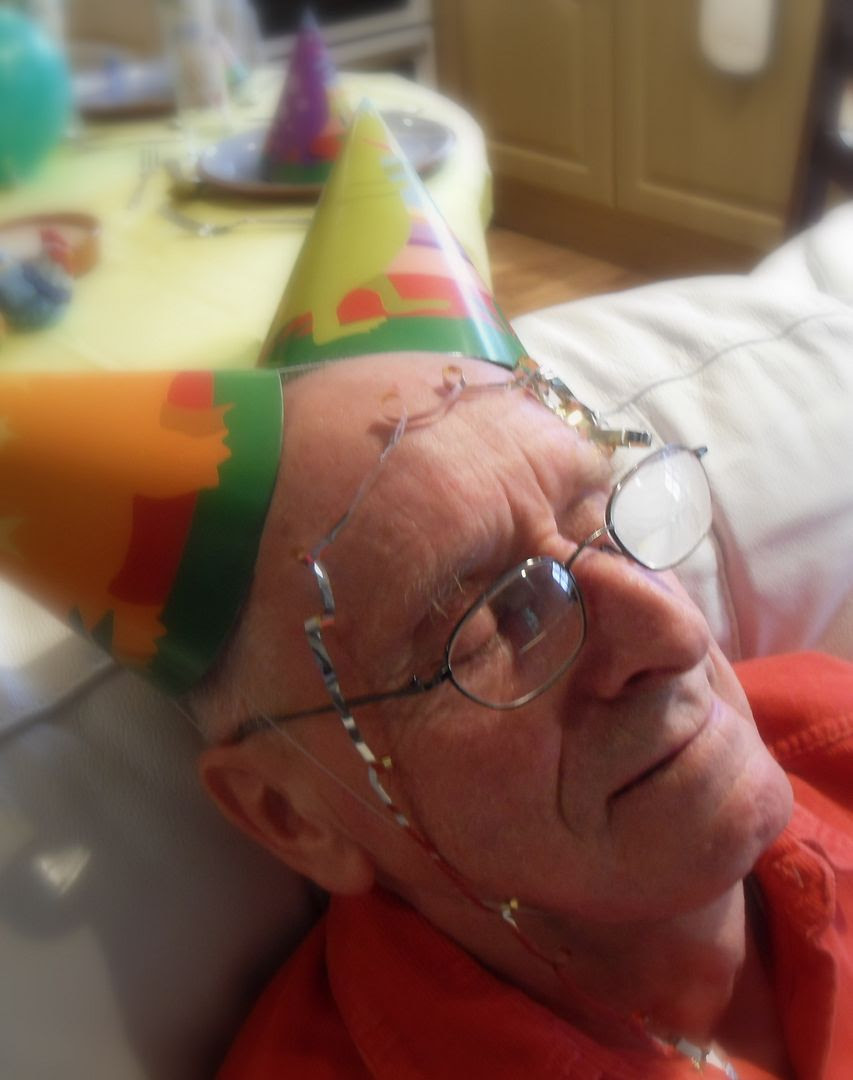 I sometimes tire my Todd out. He is always telling me when we are watching the telly, that I need to sit down and just relax. I have a bit of a spring on my bum and am up every five minutes or so doing this, that or the other that I have forgotten to do, and just have to do NOW. I can't help it really. I have a very active mind and it is hard to shut it off. When I do shut it off . . . I go to sleep, and the snoring bothers him when we are watching a film. So he has learned through the years, that when we watch telly, it's either with me doing jumping jacks, or with me snoozing away. I think he prefers the jumping jacks . . . 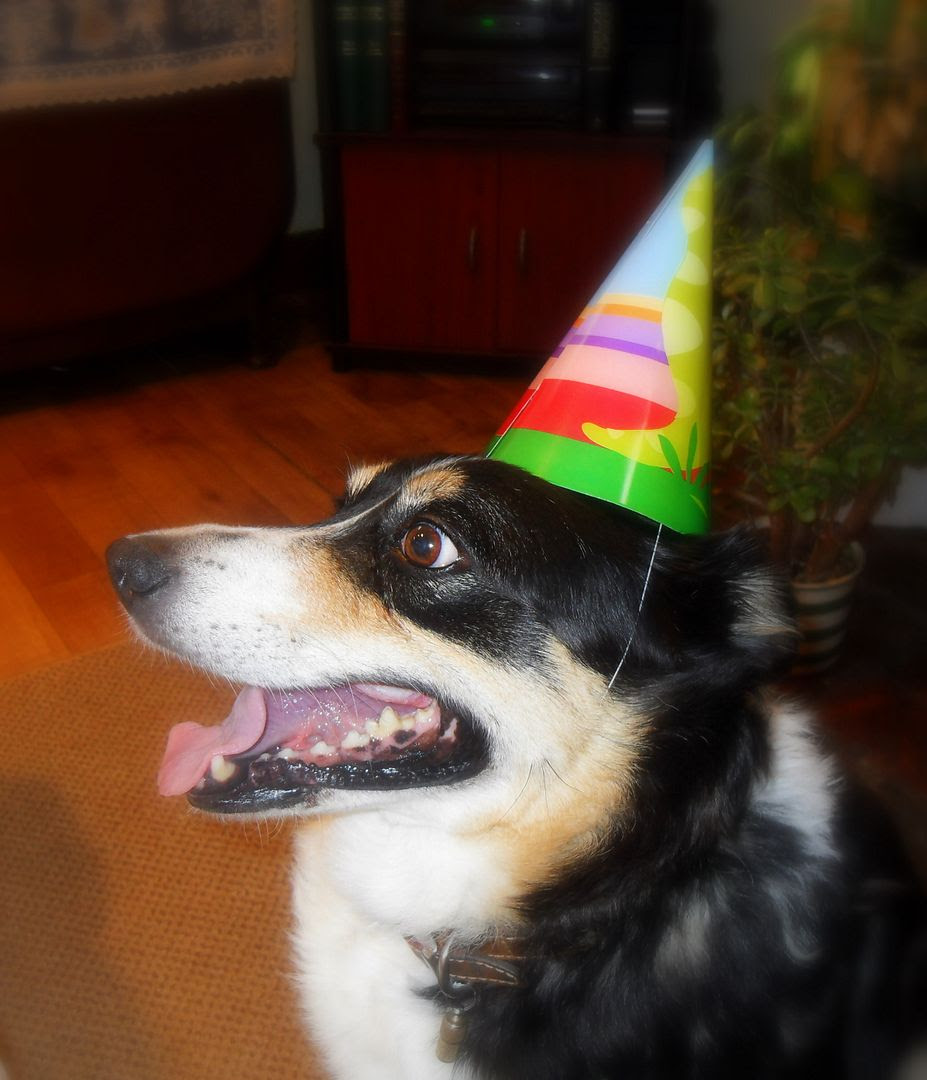 My Todd loves animals. He would never hurt a flea and, in fact, only kills wasps that get into the house because I make his life miserable until he does! Our Jess just adores him. It's clear to see with every glance she passes his way, that she is Todd's dog, but then again, he is the one who exercises her and who feeds her. When he is out, she lays by the door and pines for him until he gets back, and if the door was open . . . she would be out in the drive waiting. Who couldn't help loving a man that inspires such devotion in animals . . . I know I can't!! 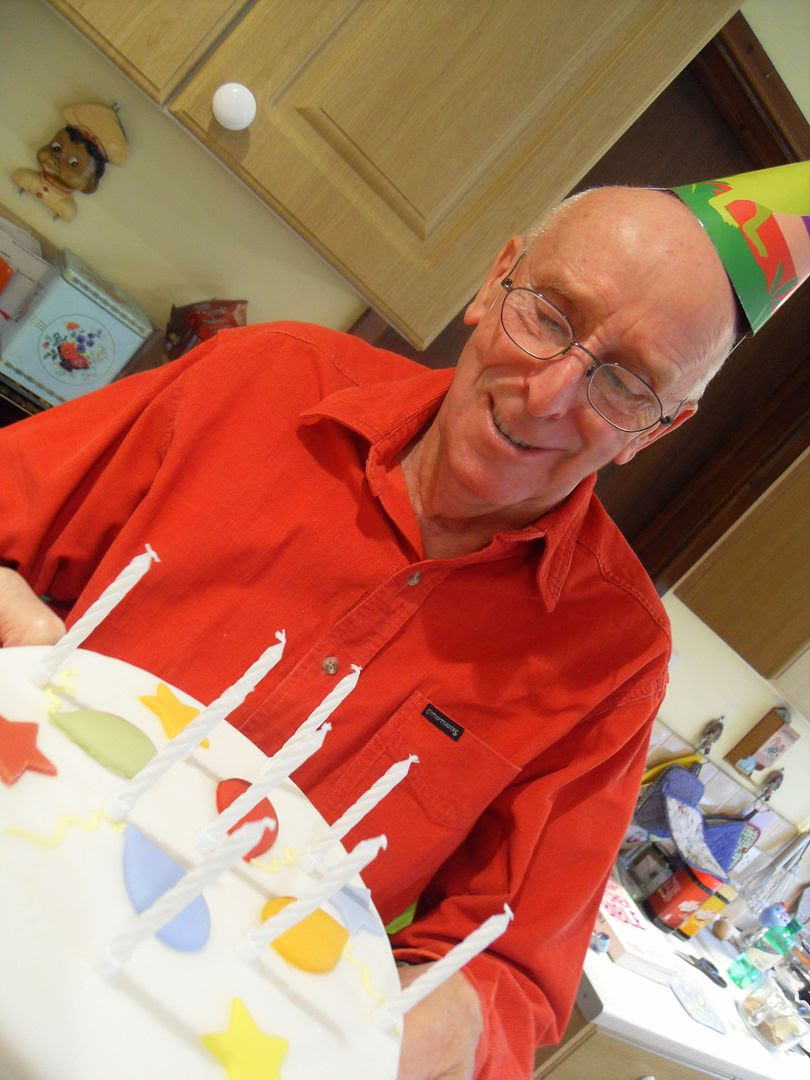 I knew right from the start that he was the man for me. Everyone in his Ward up in Chester was so kind to me, and it was very clear that he was very special to them. On my first trip over here, a lady from his Ward, opened her home to me and gave me a place to stay, free of charge, for the whole 3 weeks I was here. Then when I came back over for us to be married, she let me stay there again and drove me around helping me to find things for our new home and the things I needed for our wedding. Not to mention, the whole Ward put on a little reception for us right after the wedding and everyone turned up to the ceremony, even with their relatives! We had to go to the Temple in Preston after that to be sealed, and most of them followed us all the way up there in the cars so that they could be with us when we were sealed together. They were all so kind and welcoming to me and made me feel right at home. They also gave us a wedding reception in a restaurant in Chester one night the week after the wedding and our beautiful china set. It was very clear to me that they thought the world of my Todd and how could I not do likewise! 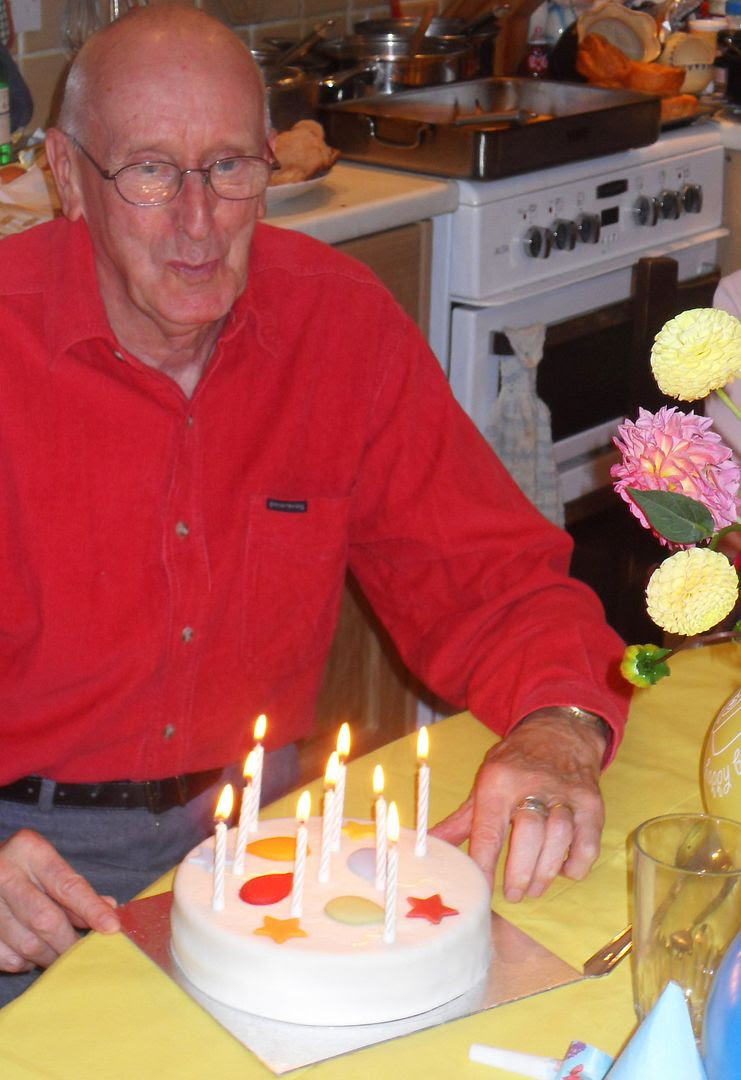 Anyways, before I put you all to sleep with my dialogue, and all these snapshots of the party, I just want to wish my Todd a very Happy Birthday. I will spoil him something rotten the whole day through. He may not be perfect, but he's perfect for me, and that's all that counts!

"Pure hearts in a pure home are always within whispering distance of heaven."

I didn't have time to bake Todd a Birthday Cake on Saturday night when we had his little party. He had to make do with shop bought. I did bake him a delicious cake yesterday though. It's an old family recipe for a tasty molasses cake, quite similar to a gingerbread, and stogged full of sultana raisins and chopped nuts. He quite, quite loved it, he did. It's not much to look at, I'm afraid, but it sure makes up for that in taste! 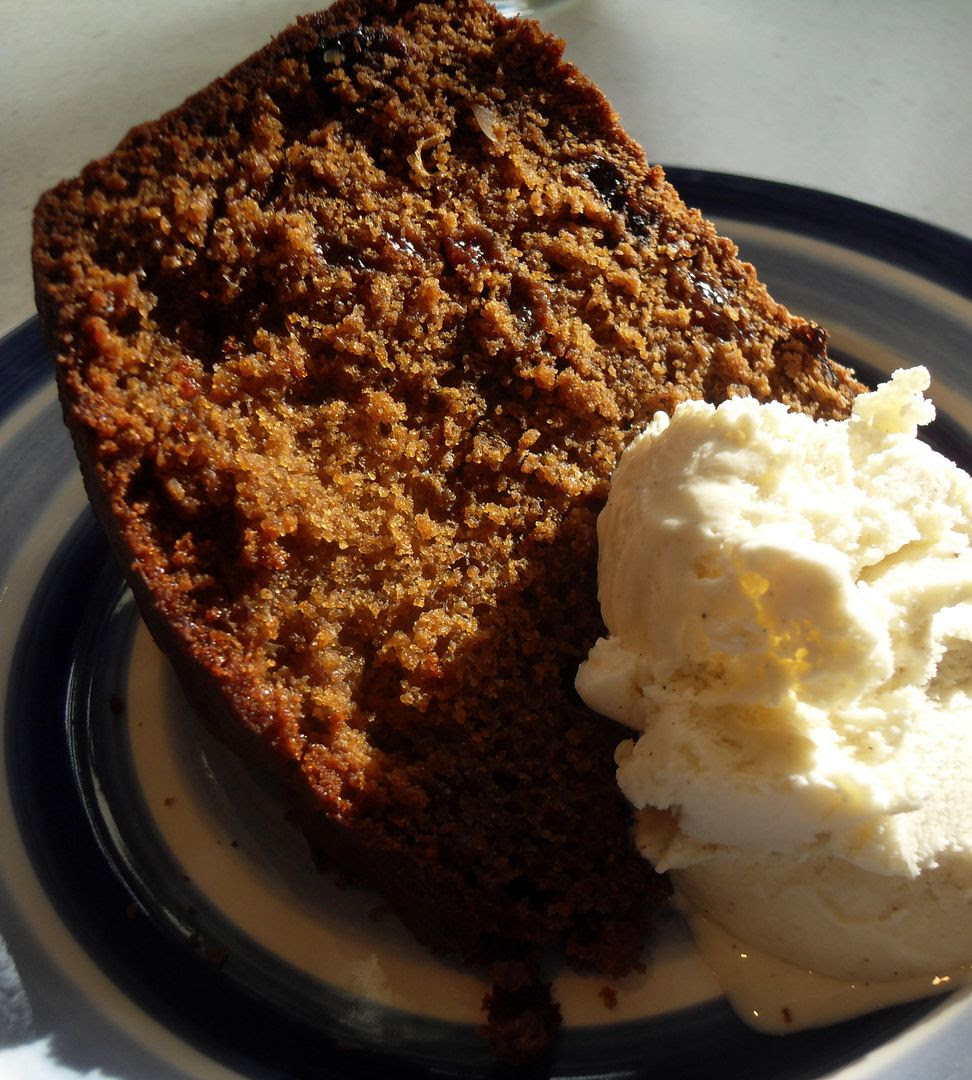 This is an old recipe of my grandmaman's. Tender and moist and filled with lovely spice, raisins and chopped walnuts, this only gets better as the days pass. I always freeze one cake for later on. Serve warm with ice cream, or serve cold, sliced and spread with butter. 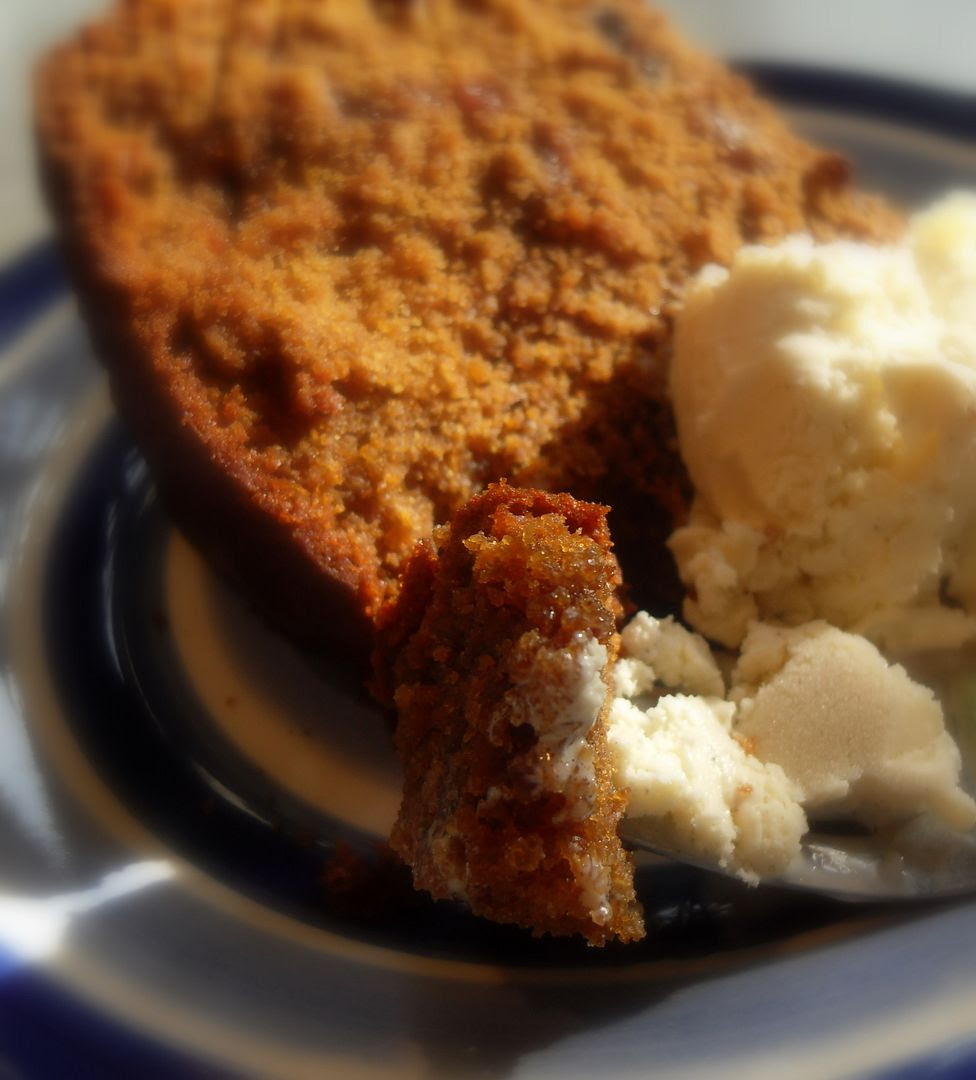 Dissolve the baking soda in the soured milk. Beat the eggs together with the sugar until the sugar is completely dissolved. Add the sour milk mixture along with the molasses. Whisk together the flour and spices. Stir this into the batter to combine completely. Stir in the melted butter, walnuts and raisins. Divide equally between the two pans.

Bake for 35 to 40 minutes, or until the cake tests done and springs back when lightly touched, or when a toothpick inserted in the centre comes out clean. 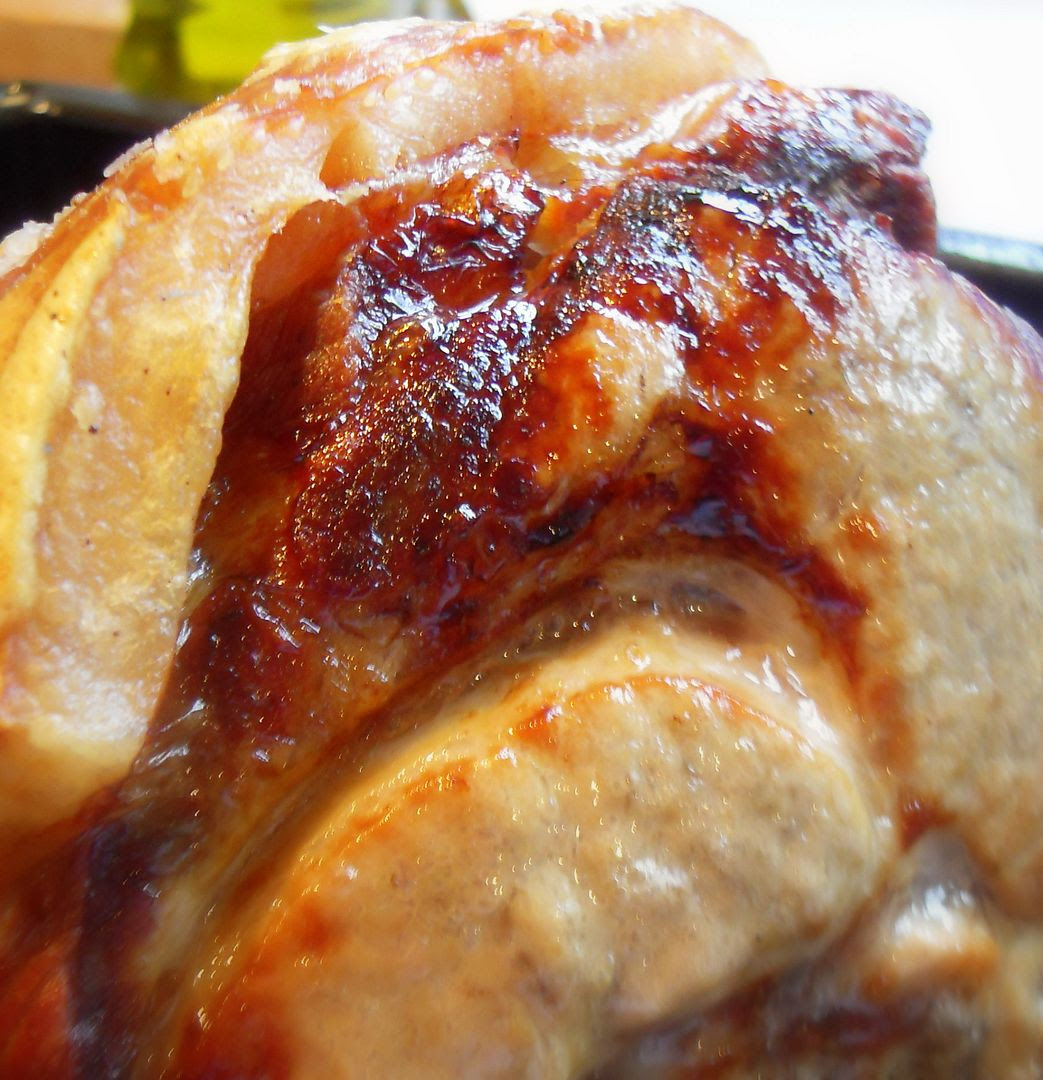 I did cook him a tasty Roast of Pork on Saturday night though, which he loved. I wanted to do Roast Beef, but pork was his choice and who am I to deny a Birthday Boy his choice? You can find the recipe for that here. 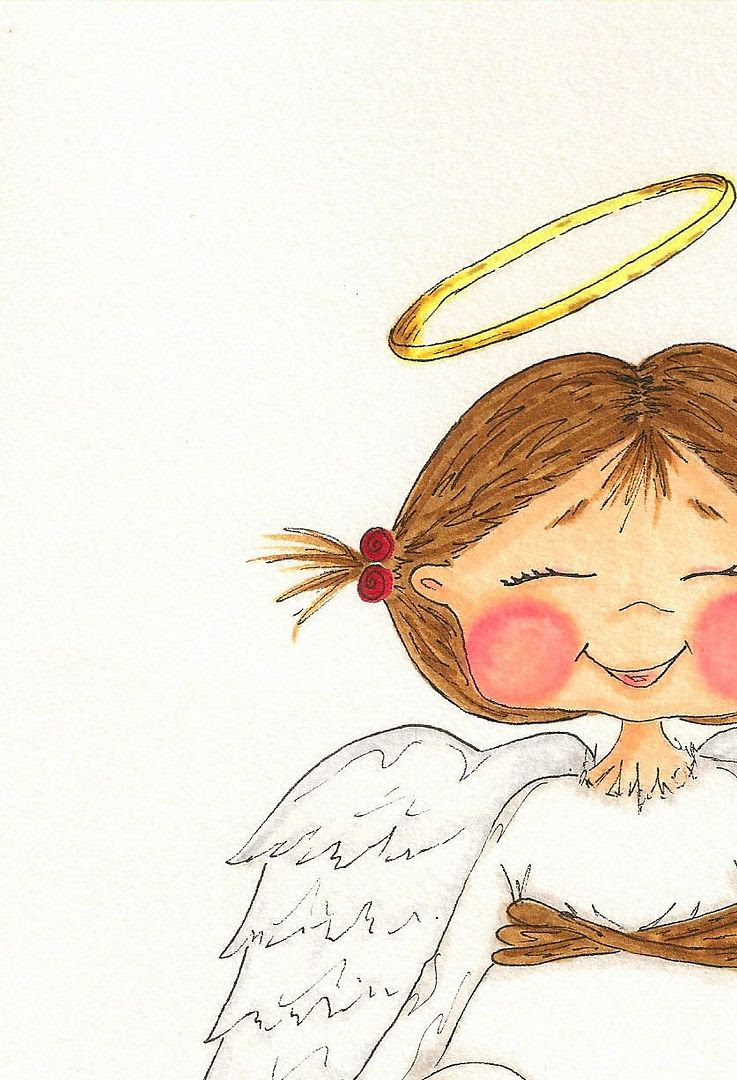 I got some time in yesterday to do a painting finally! Here's my latest installment, just in time for Christmas Cards. I think I am going to start selling them in packs soon in my Etsy Shop, so be on the look out for them! You can find her in all of her cuteness here.