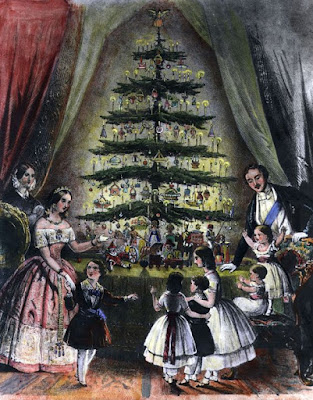 I cannot imagine a Christmas without Christmas Trees.  They have been a part and parcel of all the Christmas's of my life. Have you ever wondered where our tradition of putting up and decorating a Christmas Tree each year in December comes from?  This is one Christmas must-do that we have been enjoying since Victorian times.Though people around the world had been decorating temples and domestic interiors with evergreen flora for centuries, the holiday tradition in its modern form originated with the medieval Germans. The idea first spread to England through Queen Victoria's mother, but it was Victoria's consort Prince Albert who brought them into the mainstream in 1848.

The prince sent decorated trees to schools and army barracks around Windsor, but it was likely a visual that made British citizens tree-crazy. An engraving published in 1848 featured the Queen, the Prince, and their children decorating a tree. Given the family-focused culture of the era, it wasn't long before Christmas trees became a key component of a middle class family's holiday celebrations. 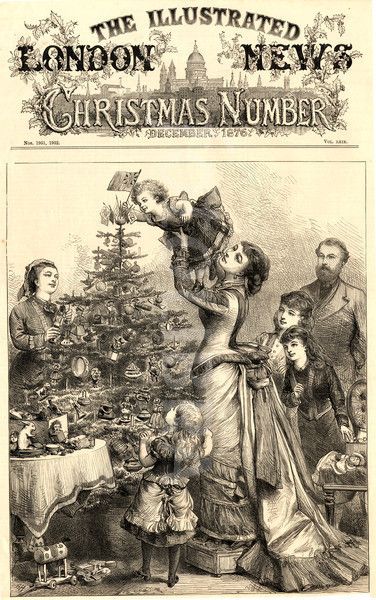 The Christmas Tree at Windsor Castle
from the Illustrated London News

The Christmas Tree represented in the above Engraving is that which is annually prepared by her Majesty's command for the Royal children. similar trees are arranged in other apartments of the Castle for her Majesty, his Royal Highness Prince Albert, her Royal Highness the Duchess of Kent, and the Royal household. The tree employed for this festive purpose is a young fir about eight feet high, and has six tiers of branches. On each tier, or branch, are arranged a dozen wax tapers. Pendant from the branches are elegant trays, baskets, bonbonnieres, and other receptacles for sweetmeats of the most varied and expensive kind; and of all forms, colours and degrees of beauty.

Fancy cakes, gilt gingerbread and eggs filled with sweetmeats, are also suspended by variously coloured ribbons from the branches.  The tree, which stands upon a table covered with white damask, is supported at the root by piles of sweets of a larger kind, and by toys and dolls of all descriptions, suited to the youthful fancy, and to the several ages of the interesting scions of Royalty for whose gratification they are displayed. The name of each recipient is affixed to the doll, bonbon, or other present intended for it, so that no difference of opinion in the choice of dainties may arise to disturb the equanimity of the illustrious juveniles. On the summit of the tree, stands the small figure of an angel with outstretched wings holding in each hand a wreath.

Those trees are objects of much interest to all visitors at the Castle, from Christmas Eve, when they are first set up, until Twelfth Night, when they are finally removed.  During this period two trees of similar magnitude and general design stand on the sideboard of the Royal Dining-room, and present a brilliant appearance when all the tapers are lighted up among the branches. These trees are not accessible to the curiosity of the public; but her Majesty's visitors accompany the Queen from room to room to inspect them when they are illuminated. 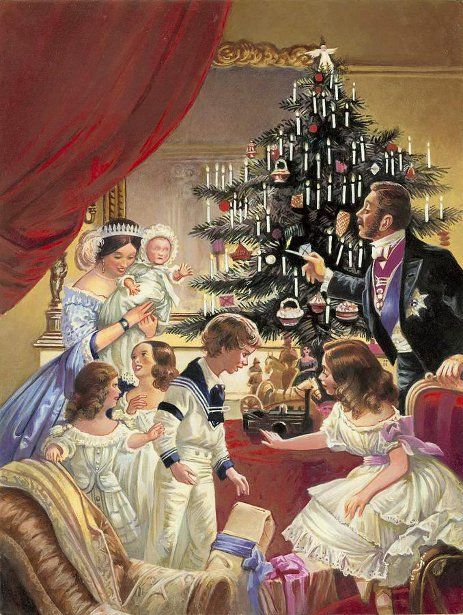 One can only imagine the splendour of such a creation from the above description.
It must have seemed to be purely magical in the imaginations of
all who read it, so much so that they sought to recreate
the magic in their own homes. 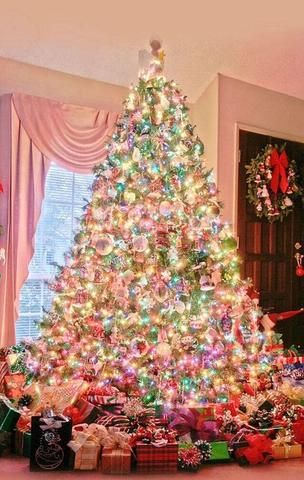 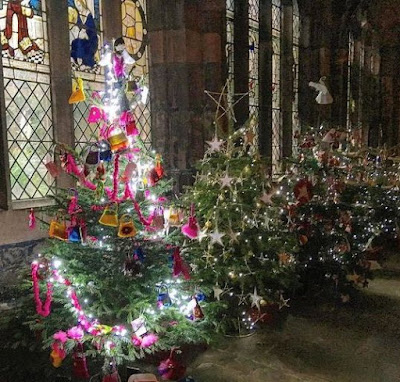 Each year the cloister halls of the Chester Cathedral are filled with trees, each one being decorated by schools in Chester. It is quite fun to go in and see each of them. 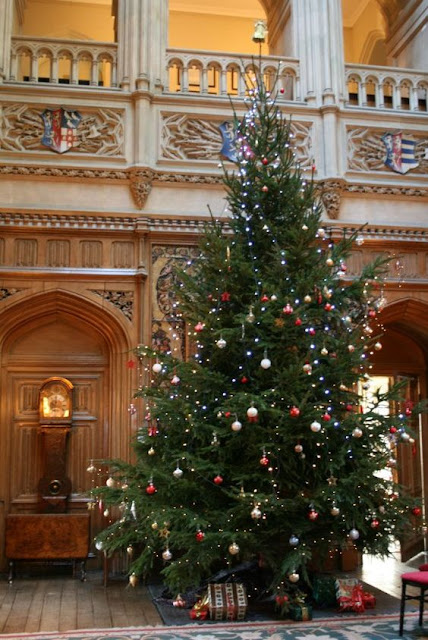 This is the tree at Highclere Castle, renowned for the television drama, Downton Abby.  HUGE this one is and stunning in its simplicity.

I remember when my children were growing up I strove each year to have a tree that was totally decorated with homemade decorations that the children would be free to put on and I wouldn't have to worry about them breaking.  I knit little panda bears and did peppermint suckers with plastic canvas, cross stitched others, etc.  We strung popcorn and cranberries as well,  and one year I covered our tree with decorated gingerbread men with cinnamon heart buttons.  The tree smelled especially good that year!

What would Christmas be without a tree to grace our lives and homes?  I dare not think about it.  There would be an empty space for sure.  Right up until last year my sweet mother put up a tree, albeit a small one, and decorated it.

What kind of tree do you put up?  Is it a real one or an artificial one?  Do you theme it, or is it a haphazard collation of family memories?  I really want to know!

We had our table covered with pennies yesterday afternoon.  It is a small table. We had gathered them all from our pockets, and purses, wallets, etc.  There was loads of them, and Todd laboriously counted them all up and we had a total of £1.50 I believe.  LOL  We had been talking about how much pennies would add up if you collected and kept every one you found, thinking that you could easily end up with a thousand or even more.  A penny saved is a penny earned and all that.  If £1.50 covered our little table, I dread to think of how much room a thousand pounds worth of pennies would take! 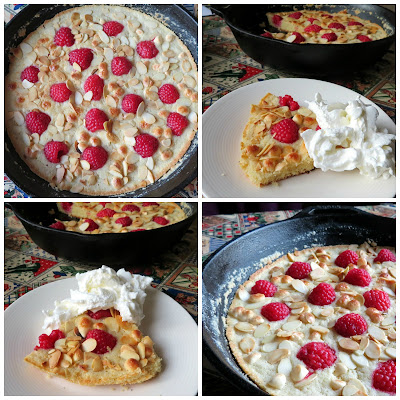 Have a wonderful Wednesday!  Don't forget, no matter what you get up to!