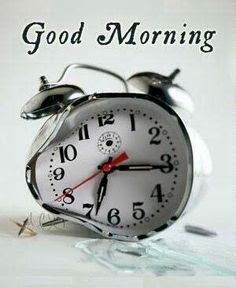 Oh, I am so late this morning.    I was up really late last night and didn't get to bed until quite late and then it took me quite a while to wind down and then fall asleep, but I did eventually.  As a result though I am up a lot later this morning than I normally am.  And to top it off the internet isn't co-operating this morning so have had to reboot, etc.  No worries though . . .  things will get done, just a bit later than normal! What a fun young couple this is!  This is April and Steven.  I met April quite a long time ago via my blog.  When I first met her, her husband was going to BYU and they were living in a poky little apartment in Provo.  Then he graduated and got a job in Colorado and they moved to CO, where they lived in another poky little apartment until they eventually found the home they live in now.  They are over here in the UK enjoying a honeymoon they never had 10 years ago when they got married, and they are just the loveliest people!  I was so happy to finally meet April in person and she is every bit as wonderful as I thought she would be.  I don't think we shut up the whole time we were together last night and Steven is just as charming.  They really are sweet.  Todd fell in love with them too!  The only bad part about their visit with is was that it was too short.  I would dearly have loved to show them some of the things there are to see in Chester.  As a geologist I am sure Steven would have loved the Roman Museum and a walk around the walls and of course the Ampitheatre, but they have an itinerary and today they are on their way up to the Yorkshire Dales.  I wish them safe journies along the way and that the rest of their holiday is as uneventful as the first few days have been! 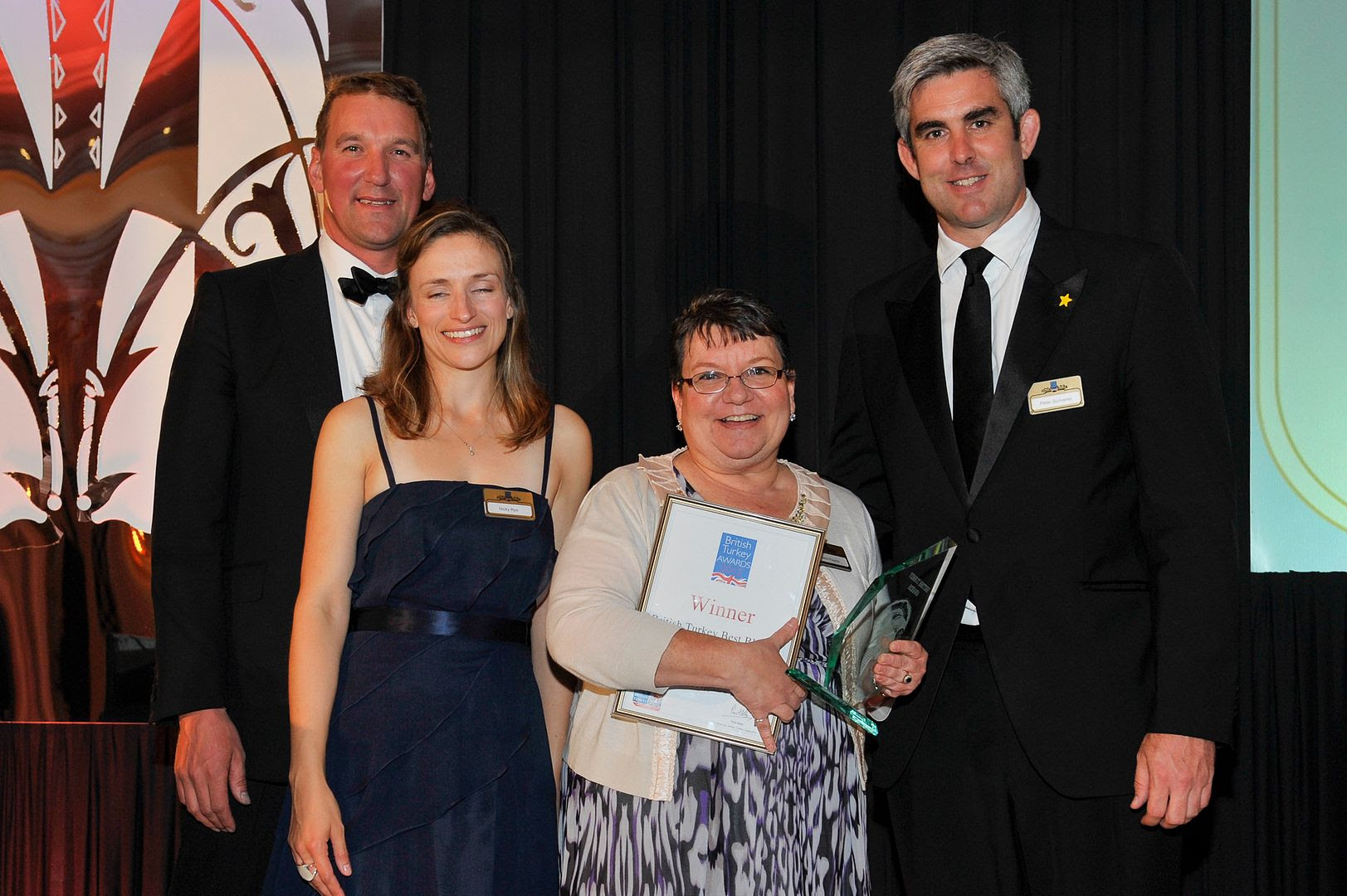 This is a photograph of me taken three years ago when I won my award at the National Turkey Awards. It's hard to believe it's been three years since.   Tomorrow night the Awards for 2015 is being held down in London.   I have never entered since.  It was a pretty amazing experience the first time around, something which could never be topped in my mind.   Something which I will always cherish.   Really.  I was so amazed to have won! 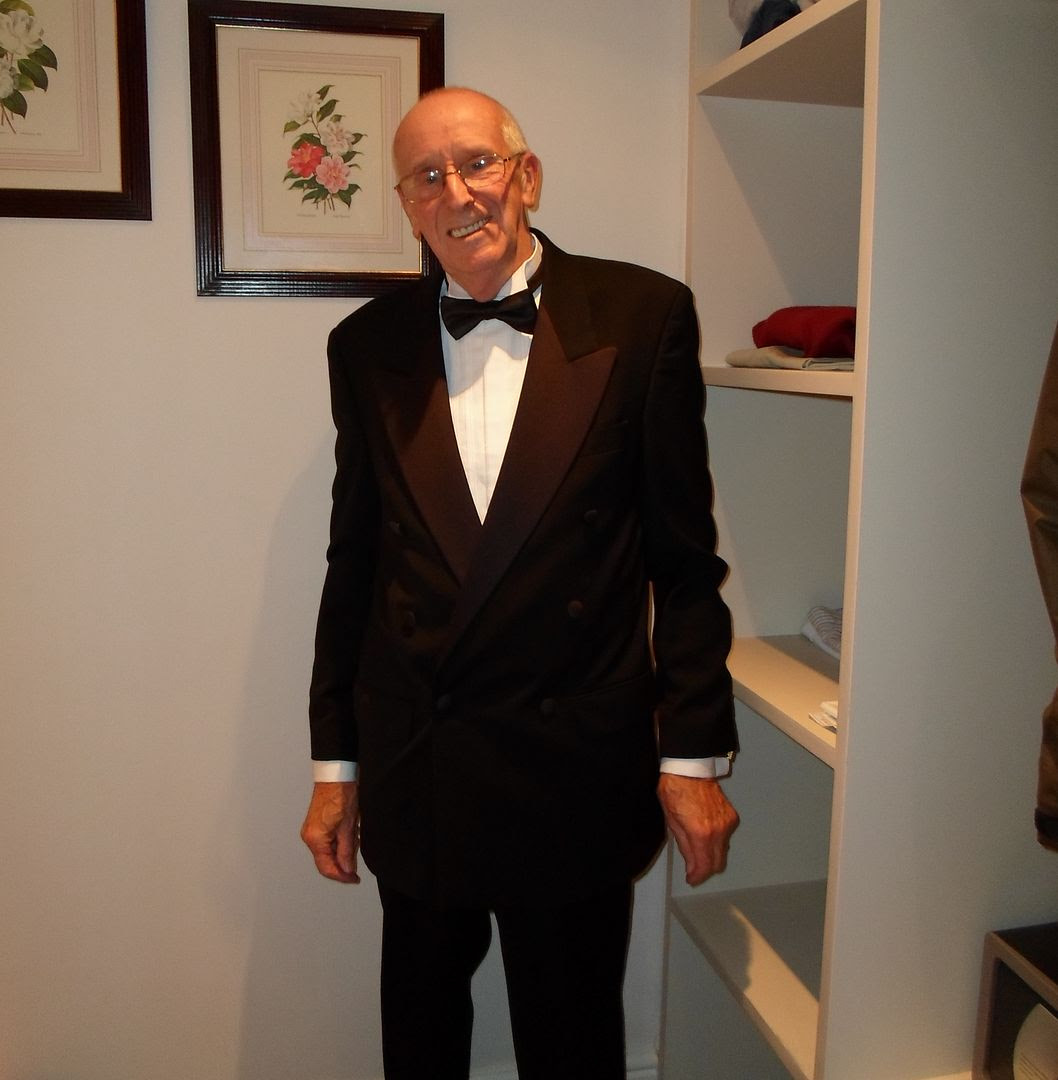 Doesn't Todd look dapper in his suit?   It's a shame we never got anyone to take a photo of the two of us all dressed up together!  That was a fab weekend for sure. 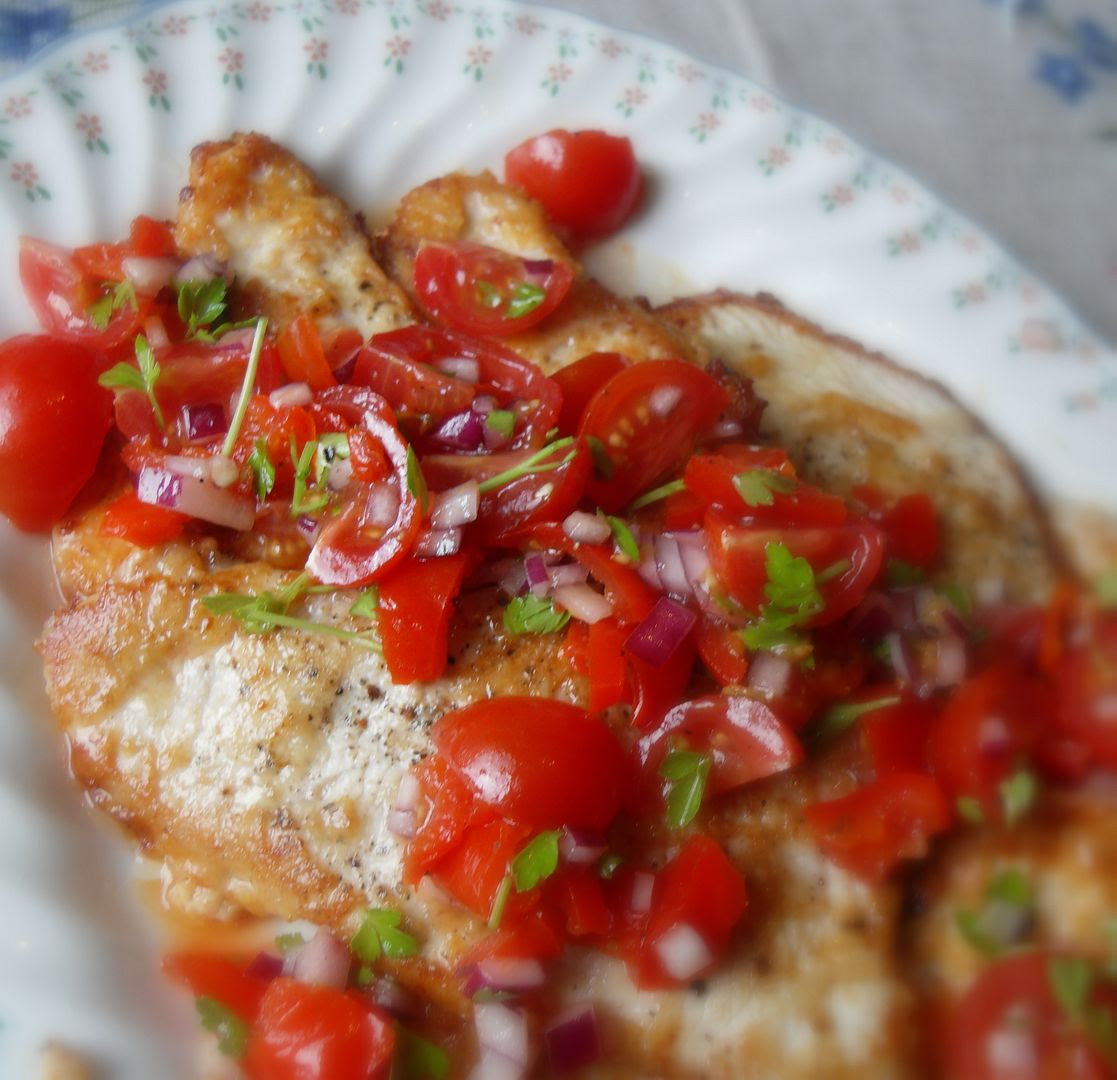 This was the recipe I won with.   Parmesan Crusted Turkey Steaks with a Tomato and Peppadew Relish.  Looking at it now, I am thinking it is right in line with how I should be eating these days, so I may have to revisit it and see what else I can do along those lines. We took April and Steven out for supper last night.  It was getting pretty late by the time they arrived and my head has been all over the place this week.  I just thought it would be easier to eat out and then nobody would be stuck in the kitchen or doing dishes.   We went to a local pub which does fairly good meals for a reasonable price.    It was really hard to pick something from the menu that was something which I felt comfortable eating.  I finally settled on a Vegetarian Lasagne, with a side salad and dressing on the side.  It was actually quite good and I don't think that unhealthy of a choice.  We can do this!

In any case, we are having a quiet day today and I am going to be experimenting in the kitchen to see what I can come up with.

And with that I will leave you with a thought to carry with you through today  . . .

No food in The English Kitchen today, just sharing what I have learned thus far in my journey with Diabetes.  Hopefully not boring, and hopefully helpful to someone!

Have a fab Wednesday wherever you are!  Don't forget!