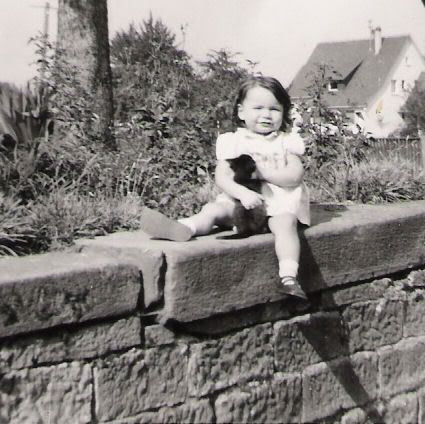 I've always had a very vivid imagination.    I am a bit of a daydreamer and could while away hours in my head just thinking about places I'd like to go or things I'd like to do.  I'm not sure why that is.   We didn't have a lot of toys when I was growing up.   We used to have to use our imaginations a lot in comparison to the children of today.  I would draw, cut and make my own board games.   Take old catalogues and furnish cardboard doll houses with things from the catalogue, methodially cutting things out to paste in.  I still have a really vivid imagination.  I guess some things never change!

And that is number one in a five things about me post for today, September 3rd, 2015! 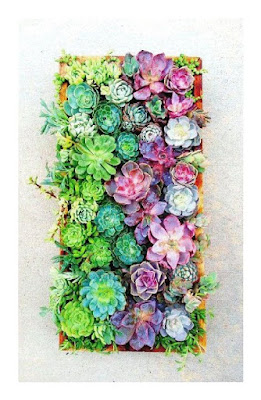 I dream in colour.  I guess not everyone does, but I do.  I always thought everyone did until somebody told me different.  While it's believed that the majority of us dream in color, its estimated that roughly one person in eight is limited to black and white dreamscapes. Research on dreams from the first half of the 20th century suggests that the vast majority of people actually used to dream in black and white. But beginning in the sixties, the balance began tipping in the direction of color dreaming.   This is blamed on the advent of technicolour films and television.   Hmmm . . .  I did used to go to a film every Saturday when I was a child . . . 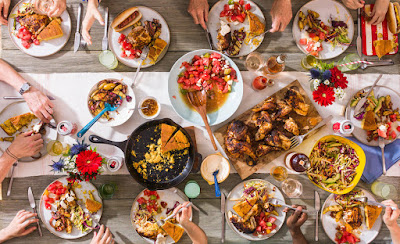 If I was asked to pick my last meal ever on earth, I would struggle to pick just one.  I love food, almost all food (with the exception of sea food and cringe worthy things like snails, snake, etc.).  I cannot pick a truly favourite meal because what I want to eat always depends on mood etc.   Some days, albeit few and far between, I don't want to eat anything.  Other days I could devour a fruit basket, and still others, it would be a junk food extravaganza!  Does this mean I am a true gourmet?   or an impossible glutton? 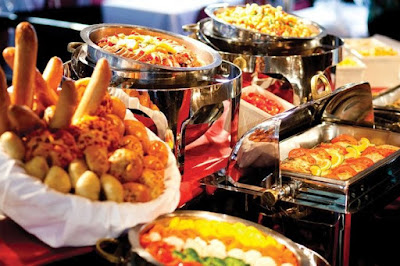 Which brings me to fact number four, which kind of joins fact two and three together!  I often dream that I am attending a delicious buffet, with absolutely oodles and oodles of delicious and colourful foods . . .  but I ever get to eat any of it.   Dish after dish gets placed in front of me,  I get distracted by conversation or something else, so much so that  by the time I go to dig my fork into it . . . the plate has been taken away and I've not even had a bite.   I manage to get through the whole buffet not eating a single thing and feeling most hungry by the end of it.   I am not sure what this means . . .  or if I even want to know what it means!  It's probably something horrible! 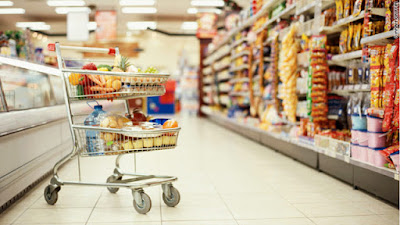 And that is the end of my five things about me for this week!  It was almost all about food.   Hmmm . . .  that probably says something else about me.

We had our car's MOT (Safety Inspection) yesterday and I am happy to say that it passed with only a few things that needed doing and that we had the  exact amount of savings to do what needed being done.  God is good!  I was so relieved!  While Todd had the car out for most of the day it left me with some time to play.   And so I did this  . . . 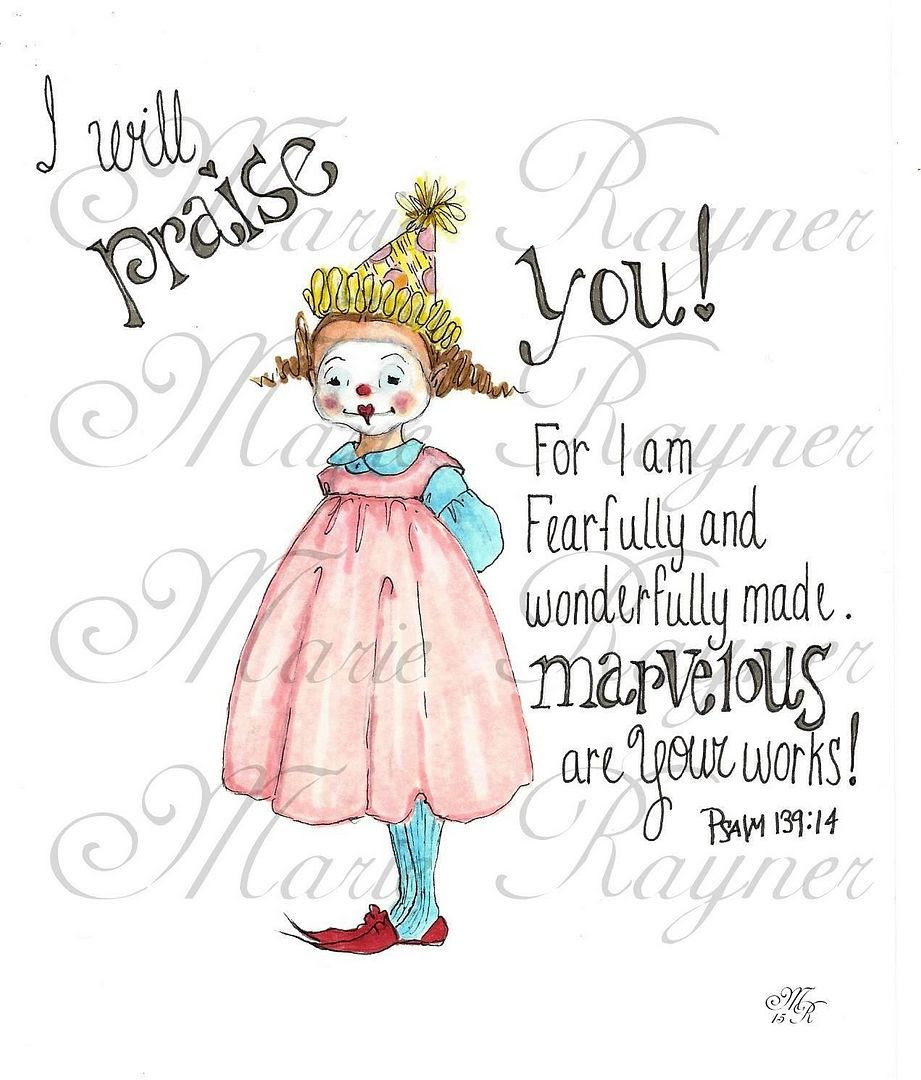 Yes, it is a bit different.  She is wearing clown make-up.   I've had this little girl rolling around in my head for months and months and yesterday she came out to play.  I will be selling the original if anyone is interested. 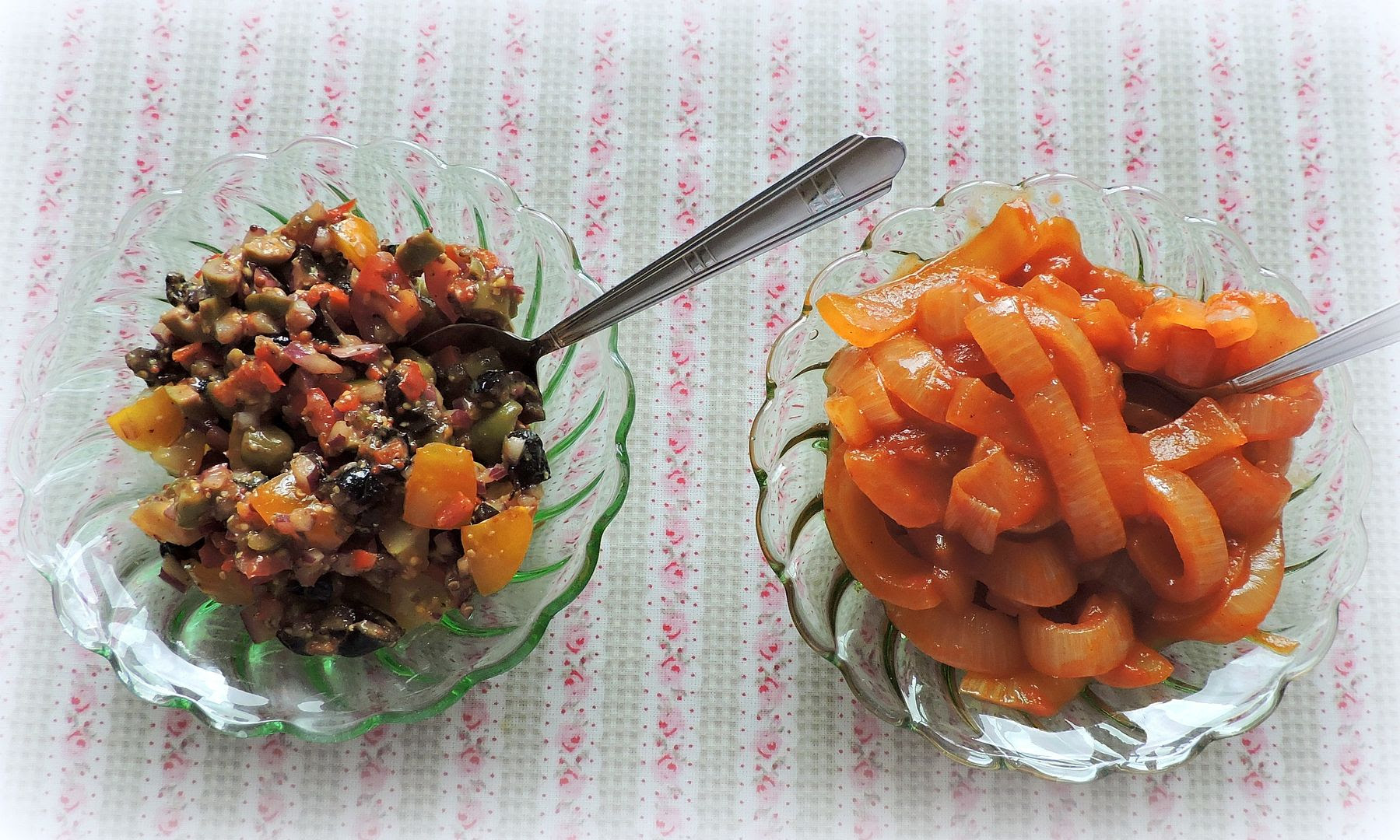 In The English Kitchen today  . . .  Snappy Dog and Burger Relish and NYC Onions For Dogs and Burgers. 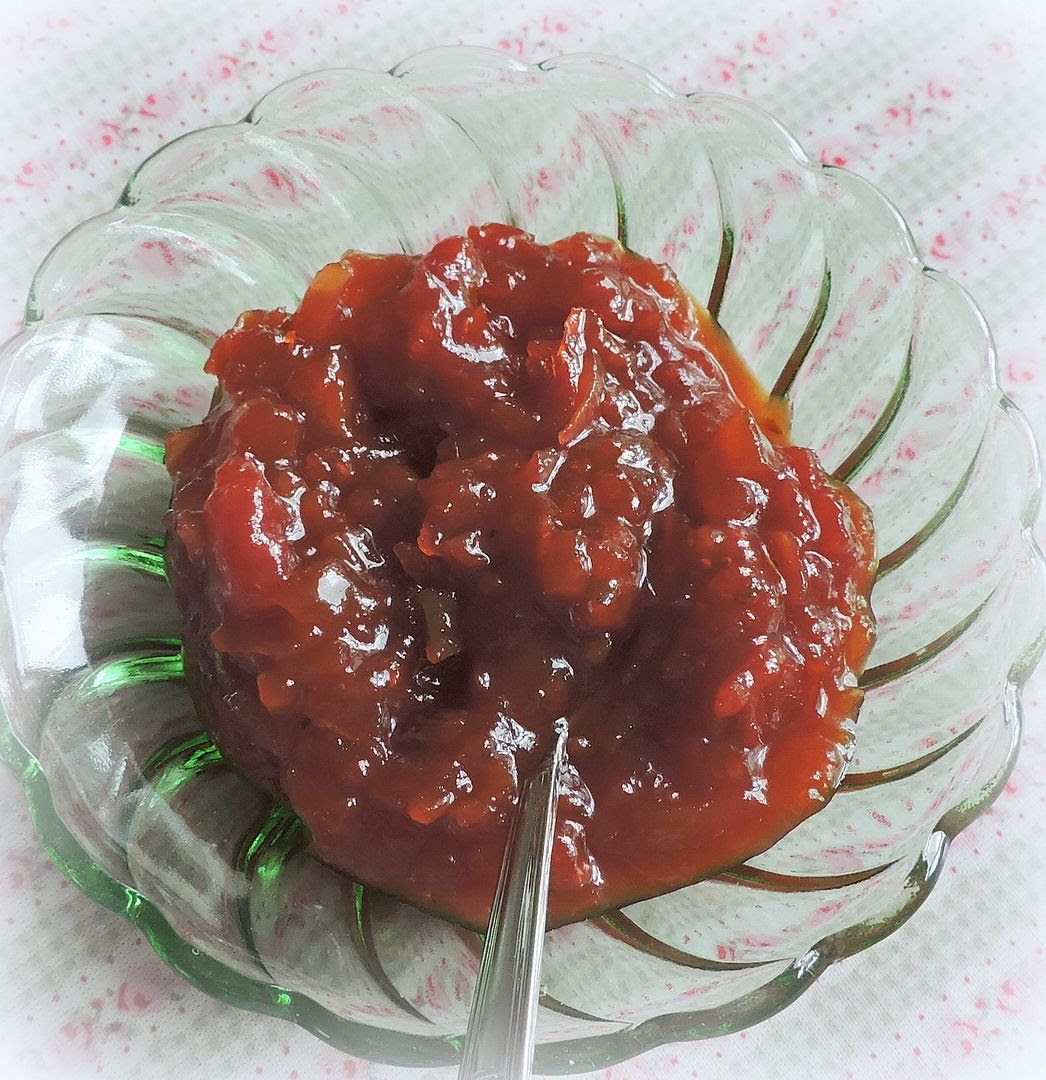