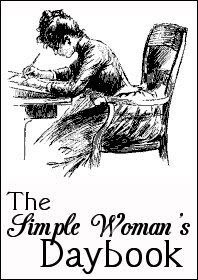 Outside My Window...
It is cold, dark and damp. It's also really windy. I am wondering what the odds are on having a White Christmas. Probably not very good, although last year we did have one, which was most unusual!

I am thinking...
I am thinking about my father. I haven't heard anything concrete yet, and am assuming that no news is good news. From what I can make out from the note my Aunt left on my brother's facebook, he has had the pacemaker fitted successfully, but for some reason they don't want him to use his left leg. (Perhaps they did an angiogram at the same time?) I don't know. In any case he is in a room with two other patients (I think) and was not allowed home yesterday??? (I would think that would be natural after heart surgery.)

This is the problem that you get when people who speak two different languages get married, and then don't make sure their children can speak both languages. My brother, sister and I are groping around in the dark here as we just don't understand what's going on. We are using online language translators, but they leave a lot to be desired at times! If you could keep up the prayers I would very much appreciate! Thanks! (I think today was the day he was supposed to have a biopsy done on his prostrate. I don't know if they are going to go ahead on that or not.)

I am thankful for...
The tender mercies of my Heavenly Father. I experience them every day in big and small ways. I know He has never forgotten me and never will, even if I don't always like His answers.

From the kitchen...
There are some tasty Cinnamon Scrolls (see English Kitchen) but not a lot else. With this darned cold I haven't really been doing a lot of cooking!

I am wearing...
Pink nightie (M&S), Pink jim jam bottoms, pink slippers, aqua robe. Layering for warmth and comfort. I wish I could wear my night clothes all day, but alas . . . I do like to leave the house occasionally and so I must get dressed.

I am creating...
I did this yesterday afternoon: 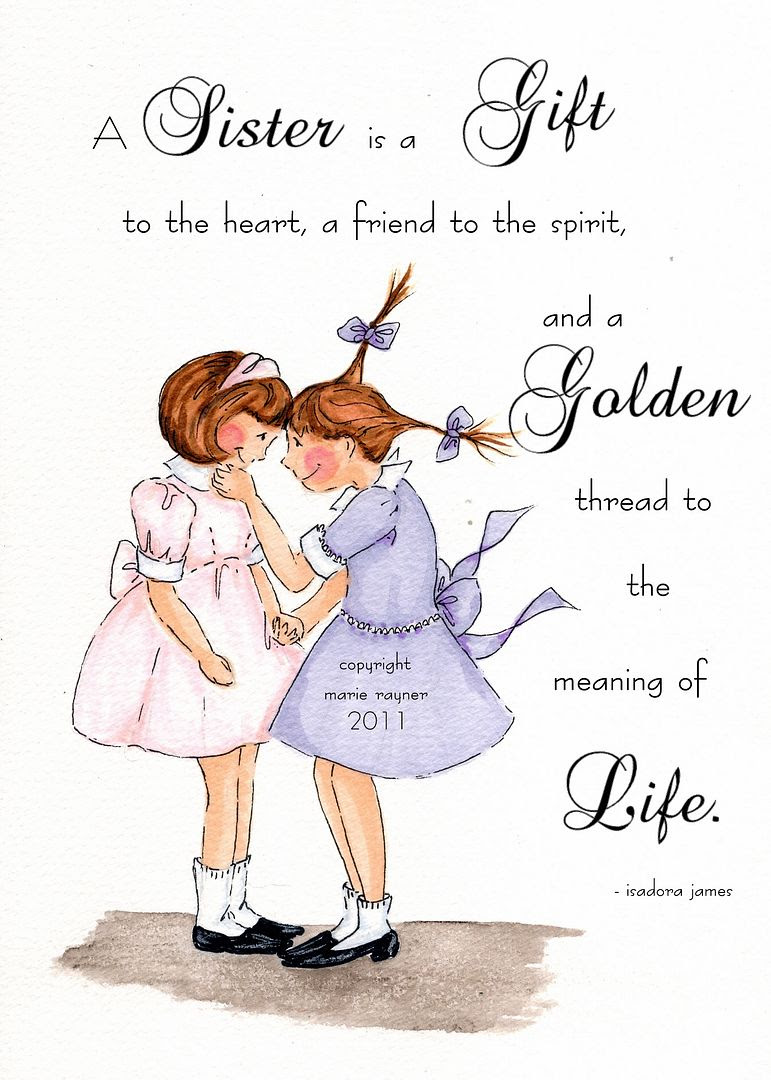 It's about sisters. I quite like how it turned out. It's just in time for anyone who may want to give their sister a special Christmas gift of a print. It is also available as a card for that special sister in your life. Just send me a message to find out how.

I am going...
We have no plans for this week at all. I have no meetings and we will just concentrate on getting better. Todd went to the Doctor yesterday and is on anti-biotics as well. I am feeling somewhat better so here is hoping that he soon will be as well. The Doctor felt he also had a touch of Bronchitis. Of course we both saw totally different Doctors and got two slightly different diagnosis. We have exactly the same symptoms . . . but mine told me I had blocked eustacian tubes and a post nasal drip and Todd's told him he had a cold and a slight case of bronchitis. Go figure. 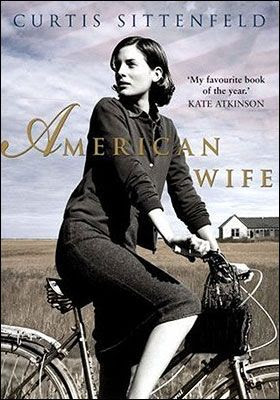 The American Wife, by Curtis Sittenfeld

On what might become one of the most significant days in her husband’s presidency, Alice Blackwell considers the strange and unlikely path that has led her to the White House . . . and the repercussions of a life lived, as she puts it, “almost in opposition to itself.”

A kind, bookish only child born in the 1940s, Alice learned the virtues of politeness early on from her stolid parents and small Wisconsin hometown. But a tragic accident when she was seventeen shattered her identity and made her understand the fragility of life and the tenuousness of luck. So more than a decade later, when she met boisterous, charismatic Charlie Blackwell, she hardly gave him a second look: She was serious and thoughtful, and he would rather crack a joke than offer a real insight; he was the wealthy son of a bastion family of the Republican party, and she was a school librarian and registered Democrat. Comfortable in her quiet and unassuming life, she felt inured to his charms. And then, much to her surprise, Alice fell for Charlie.

As Alice learns to make her way amid the clannish energy and smug confidence of the Blackwell family, navigating the strange rituals of their country club and summer estate, she remains uneasy with her newfound good fortune. And when Charlie eventually becomes President, Alice is thrust into a position she did not seek–one of power and influence, privilege and responsibility. As Charlie’s tumultuous and controversial second term in the White House wears on, Alice must face contradictions years in the making: How can she both love and fundamentally disagree with her husband? How complicit has she been in the trajectory of her own life? What should she do when her private beliefs run against her public persona?

In Alice Blackwell, New York Times bestselling author Curtis Sittenfeld has created her most dynamic and complex heroine yet. American Wife is a gorgeously written novel that weaves class, wealth, race, and the exigencies of fate into a brilliant tapestry–a novel in which the unexpected becomes inevitable, and the pleasures and pain of intimacy and love are laid bare.

I have only just started this book, but so far it is a can't put it down type of book. I've had it in my bookcase for a couple of years and have only just now picked it up to read. I wish they had a Kindle version as it is a thick book and my arthritic wrists struggle to hold it in bed, but I shall persevere as it is that good!

I'm about halfway through this book and it is still holding my attention brilliantly!

I am hoping...
That Todd and I will be able to shake these germs and get back to feeling normal soon! Christmas is almost upon us and we want to be well. Mostly though, I am hoping that my father recovers well and will be ok. Keep those prayers coming! (thanks!)

I am hearing...
Early morning sounds as the world wakes up around me. Every day sounds. Peaceable and comforting. My everyday sounds in any case. Our Mantel clock makes a noise as the hands move around it's face . . . not a tick tick, but a low rumbling. I miss old hand wound clocks. These modern battery operated ones are just not the same. I would love to have a Grandfather clock, but one might look a bit out of place in this small house . . . the dancers on our cuckoo clock don't work anymore either . . . I wonder if a clockmaker could fix that?

I just love a good old fashioned screen door. I know this isn't the time of years for screen doors, but I do miss them in the summer time. There is something about the sound of a screen door opening and closing that is so homey and comforting. They don't do screens of any kind over here. When your doors and windows are open . . . they are just open and any insect can fly right in. If I ever had the money I would have my doors fitted with screen doors . . . good old country wooden ones that creak when you move them and that snap shut! All gingerbready trimmed and beautifully painted white.

I am looking forward to...
I am looking foward to Christmas! It is my favourite time of year. Not the shopping part of it . . . I hate to go in the shops this time of year, they are so crowded and crazy . . . I just love the music and the old Christmas films . . . the food and the decorations . . . and the true meaning of the "Holy" days we will be celebrating. It is all so very wonderful and magical to me.

If I could change one thing it would be ...
Everyone would come to know the peace, power and the saving Grace that the knowledge of the Saviour brings. What a different world it would be were everyone to embrace this truth and live it.

One of my favourite things...
Watching old American Sitcoms. We have a few and whilst they are old hat to me, they are all new to Todd. It's interesting to note how many American Sitcoms were based on British ones, taken over there and Americanized for the North American taste. Take "All in the Family" for instance. It was based on a British Sitcom entitled, "Til Death Do We Part." Similar characters, slightly different format. I find it all very fascinating.

Books are the quietest and most constant of friends; they are the most accessible and wisest of counselors, and the most patient of teachers. ~Charles W. Eliot

I have always loved reading and always will. A good book can take us to places only dreamt of and inspire feelings in us we could never imagine. Inspirational, uplifting, enlightening, mind expanding, entertaining, educational . . . all these are the hallmarks of a good book.

I guess that is why patience is considered a great virtue. The best things in life ARE worth waiting for.

Have you ever seen the book, “French Women Don’t Get Fat, The secret of eating for pleasure???” Well, I don’t want to get in a debate about whether French women get fat or not (let’s just say I have been to the continent, and um . . . I did see a lot of fat women, and they weren’t speaking English) but anyways, this salad could have something to do with the reason they may or may not get fat. Oooo la la . . . 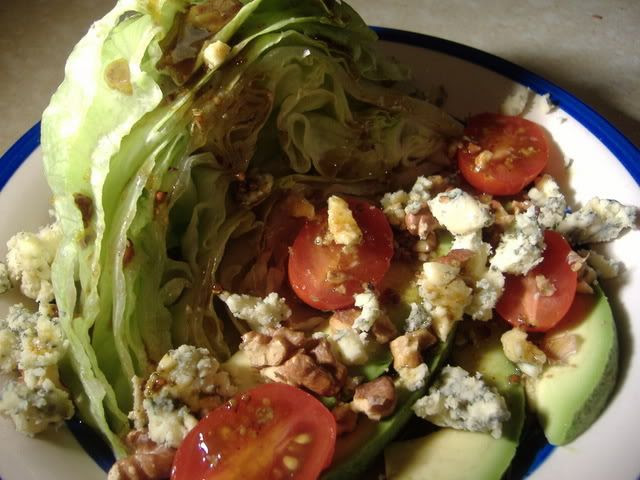 It couldn’t be simpler and you can have it on your table in less than 10 minutes. What can be tastier than a crisp wedge of Iceberg lettuce, sliced avocado and baby plum tomatoes with a tasty French vinaigrette? One with the addition of toasted walnuts and crumbled Roquefort cheese, that’s what!!!

Heat the oven to 180*C/350*F. Place the walnut pieces on a small baking tray and carefully toast them in the oven, tossing them regularly for about 5 minutes. Watch them carefully so they don’t burn. Set aside.

Whisk together in a small bowl the mustard, sherry vinegar and the salt and pepper. Slowly drizzle in the olive oil, while whisking to emulsify the mixture.

Cut the lettuce half into two evenly sized wedges. Place each quarter on a chilled salad plate. Arrange the avocado slices next to the wedge and scatter the plum tomatoes over top of the avocado. Rewisk the dressing and drizzle it over top of each wedge. Sprinkle on the walnut halves and the Roquefort cheese. Enjoy! 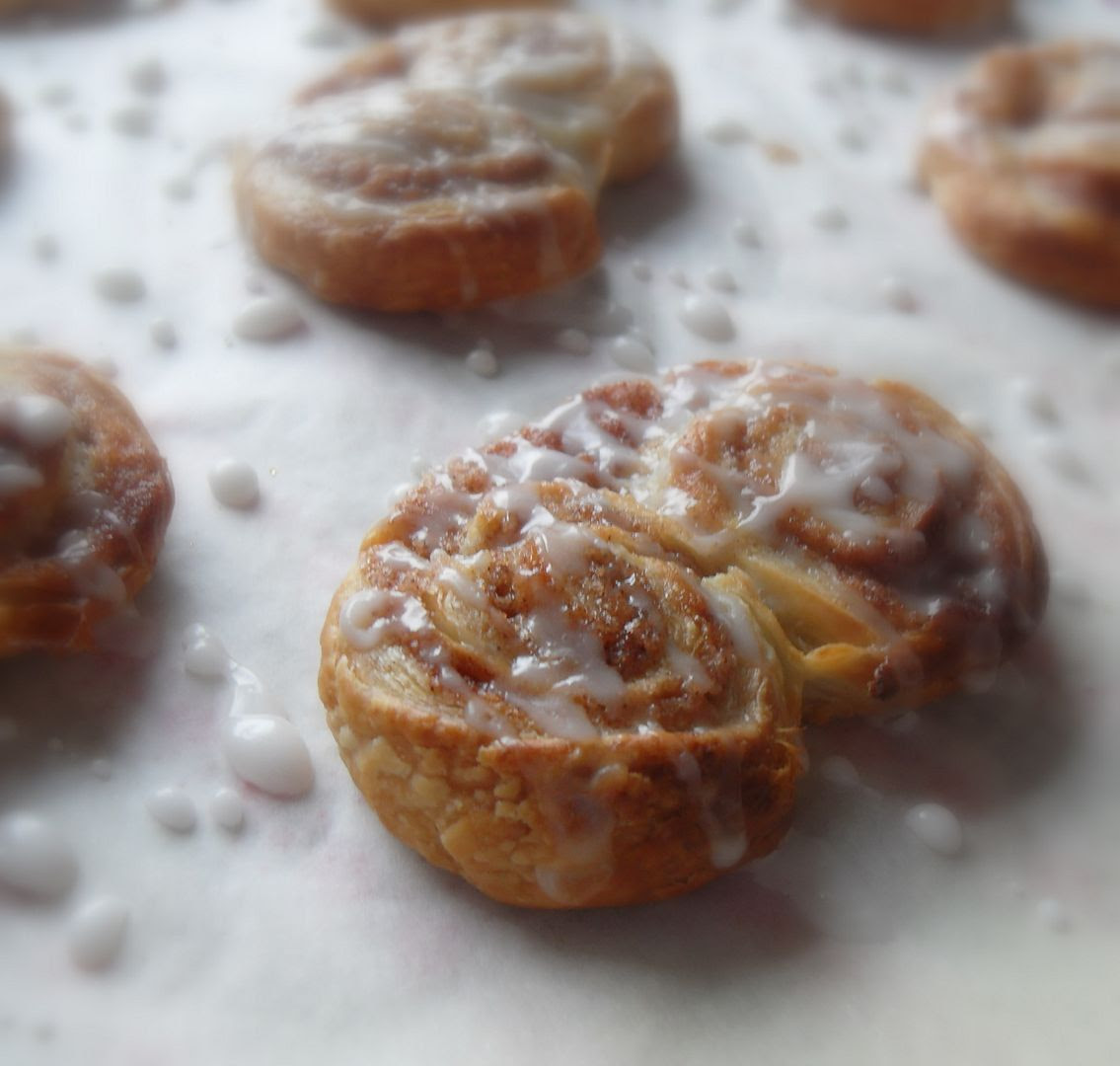