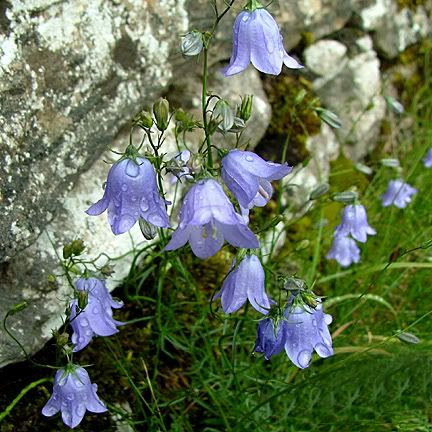 Welcome to Tuesdays With Dorie, except that here at Oak Cottage, there's no Tuesdays With Dorie today. They would keep choosing Chocolate recipes to cook and alas . . . with a chocolate hating hubby, a shrinking food budget, and ever expanding waistline, and a wacky economy I just can't afford to bake something that only I am going to eat. . . . sigh . . . and I love chocolate too . . . (I hope they don't kick me out of the group!)

This week's recipe was the "Chocolate Cream Tart" on pages 352 - 353, as chosen by Kim of Scrumptious Photography. I think the name of that blog says it all and if you want to see something scrumdiddlyumptious it might be wise to hop on over to Kim's Page next! (Not to mention scoop the recipe.) In the meantime, you could stay here and see what else I might have to say. Thankfully next week there's no chocolate in site and so I shall be able to bake again with the group! Hallelujah! The recipe is a Tirimisu Cake, which, whilst not my favourite thing, is a dish that I can still play with a bit and turn into a favourite thing! (For BOTH Todd and I!) 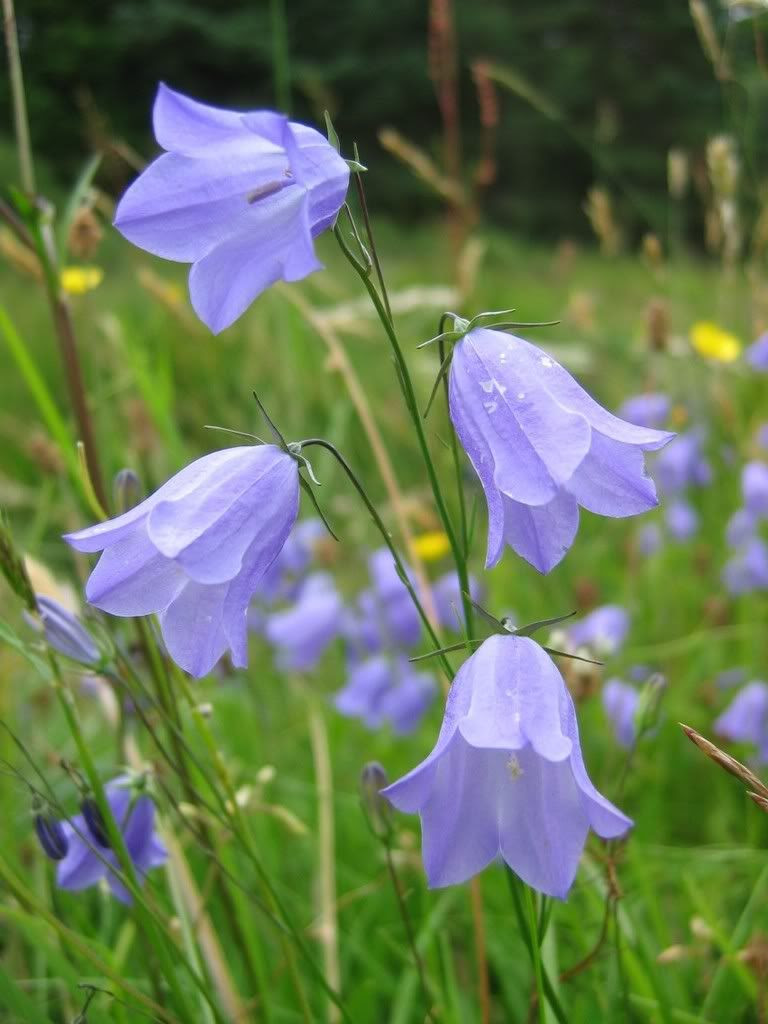 An interesting little poem, and once you find out who wrote it, it becomes even more interesting. These words were penned by none other than Helen Keller, who was left blind and deaf at the age of 18 months after having suffered a childhood illness. 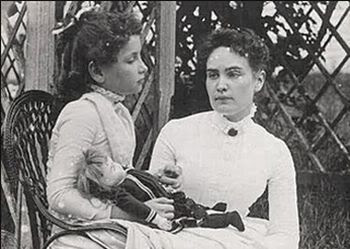 I have always found the example of Helen Keller amazingly inspirational. Here is a woman whose limits didn't limit God. A woman whose limits didn't limit her living her life to the absolute fullest. She graduated Cum Laud from Radcliffe University, authored seven books and countless articles, traveled the North American Continent educating people about the needs of the handicapped, appeared before King George and Queen Mary, toured in vaudeville and made a silent movie. She was awarded the American Presidential Medal of Freedom, that nation’s highest civilian award, by President Lyndon Johnson. Through her writings, lectures and the way she lived her life, she put forth a wonderful example to all of us of how a disability need never mean the end of the world or of a meaningful life for people so afflicted.

“The public must learn that the blind man is neither genius nor a freak nor an idiot. He has a mind that can be educated, a hand which can be trained, ambitions which it is right for him to strive to realise, and it is the duty of the public to help him make the best of himself so that he can win light through work.” ~Helen Keller

Having raised a developmentally delayed daughter myself, I know only too well what can be accomplished when a person is inspired to and encouraged to rise above the limitations that life has given them to work with, and the joy that comes from associating with such people, and then I think to myself . . . if they can do so much with so little, how much more can I do with the blessings and talents in life that I've been given.

Just a little food for thought here this morning.

One of the things that Todd and I have in common is a love for the potato. It is both of our favourite vegetables. I contend that a day without having eaten a potato in some way, shape or form is a day when something is missing. This is one of our favourite ways to eat them. 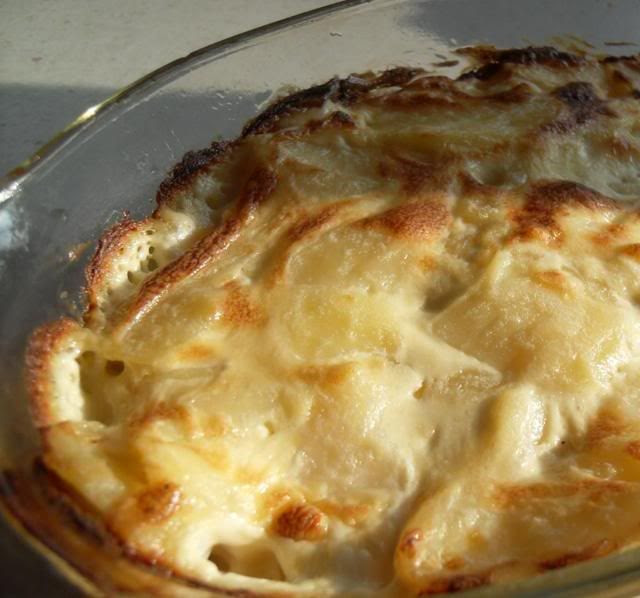 You just can't beat a tasty Potato Gratin for versatility. The creamy texture of the potatoes and the rich and wonderful flavours of cheese, garlic and onion, make for a wonderful side dish that goes very well with most meats, fish or poultry.

Place the potatoes in a pan of salted water and bring to the boil. Cook until just beginning to soften, some 8 to 10 minutes. Drain well.
Peel the onion and slice it in half. Cut each half into thin slices.

Mix the garlic, cream, milk and mustard together. Taste and season with some salt and black pepper.

Pre-heat the oven to 200*C/400*F. Lightly butter a shallow oven proof casserole. Layer in the potatoes, followed by a layer of onions. Pour some of the cream mixture over each potato layer. Continue until all the ingredients are used, making sure there is some cream mixture left to pour over the top and making sure all the top potatoes are coated thoroughly. Sprinkle more cheese on top if desired.

Bake for 45 minutes until the potatoes are tender, and the top of the dish is lightly browned and bubbling.