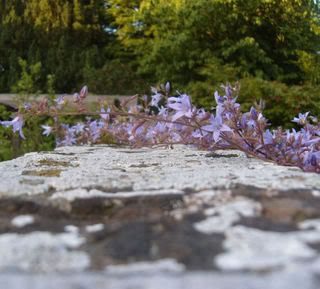 If you haven't seen the video by now of Susan Boyle, I would be very surprised. She is the almost 48 year old woman from Glasgow, Scotland, who auditioned for Britain's Got Talent. They showed the clip of her audition last weekend on the show, and you can watch it here on YouTube. If you haven't already seen it you have missed out on something that is truly wonderful. It has to be one of the most inspiring things I have seen in a very long time. A very ordinary looking woman, she walked out on that stage and surprised the socks off of everyone, and by the end of her song the whole audiance was standing and cheering. If anyone in this world deserves to win that competition, I would say that she does, and most certainly after that performance she is a winner in my books anyways. She really touched my heart. 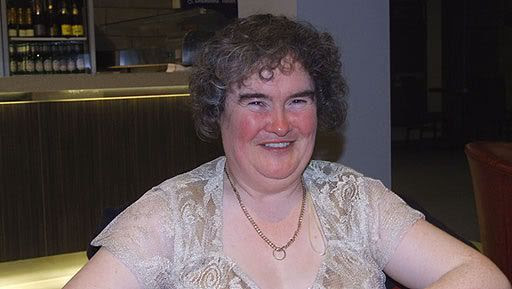 Why do I think she is a winner??? Because . . . she has a dream, and she is not afraid to follow it. She's not afraid to stick her neck out, and to tell the world that she has this dream, and she's not afraid to risk her reputation and her heart by showing the world what that dream is. I so admire her, and not just because she happens to be darn good singer either. I admire her for her courage and for her example, and I have a very strong feeling that she is also a woman of faith and that faith is something that helped to propel her onto the stage so that she could wow the world. An ordinary woman who has never married, I read somewhere that she works in a Charity shop and does amateur dramatics in her spare time. She also sings in church. 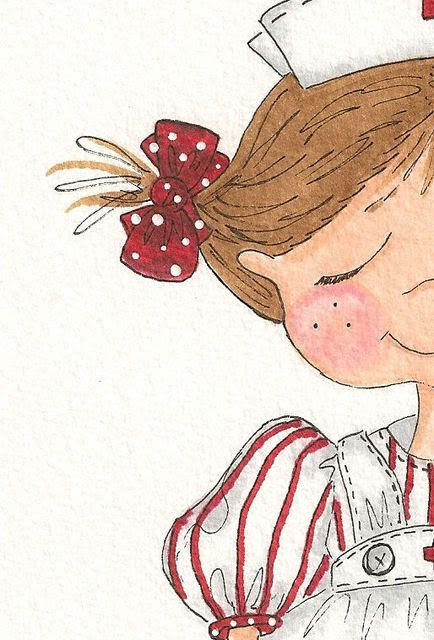 I have a dream, just like many of you do, as well. I dream one day of being able to do my little drawings and paintings and actually be able to make a living by doing so. Wouldn't that be grand! I did another one yesterday afternoon that I call, "The Healer." I think she's rather sweet. Of course she's over in her entirety on my Blossom Times Page. I have a whole stack of penciled sketches just waiting to go and to bring to life with my pens and inks and paints. I come up with a new one just about every other day or so. There is always a picture of a wee character, and a story running around in my head. I'm rather odd that way I suppose! The only thing that keeps me from painting every day is a lack of time to do so. At any rate I have a dream and hopefully one day it will come true. Dreams are the stuff that hope is made from and, like Susan Boyle, I am not afraid to put mine out there. If you never have a dream? Why . . . you can never have a "Dream Come True."

I picked up a chunk of ham for a really cheap price at the Deli counter at the grocery store the other day. It was the leftover end of a larger ham, and only cost me £1.25. Yesterday I was able to make a delicious and filling soup with it for our supper. With a couple of slices of a rustic loaf that I put together in my bread maker it went down a real treat! 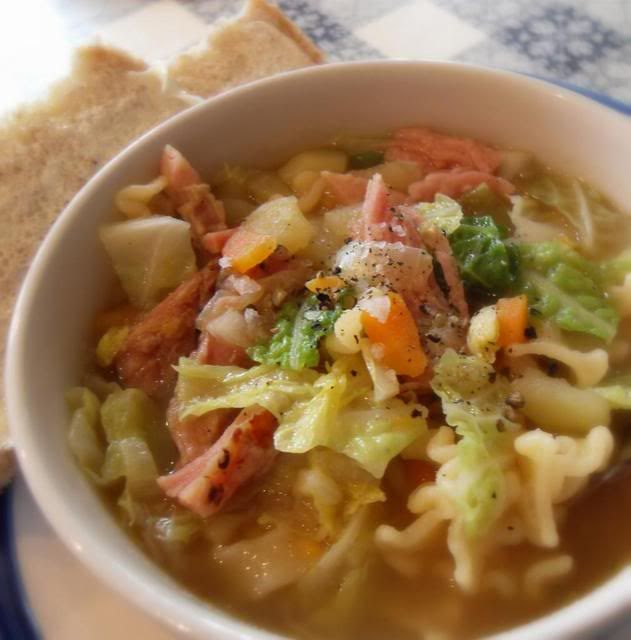 What a delicious soup this is, just full of wonderful flavours and textures. It's easy, low in fat, high in folic acid and easily counts as two of your daily five a day!

Heat the oil in a large pan. Add the onion, carrot and potato. Gently sweat for about five minutes without colouring. Add the pieces of ham and the vegetable stock. Bring to the boil. Reduce the heat and then allow it to simmer for about 10 minutes, or until the potato begins to soften.

Add the pasta and cook for a further 10 minutes, until the pasta is cooked and the potatoes begin to break down and thicken the soup. Stir in the cabbage and cook for several minutes longer, just until the cabbage is cooked. Taste and add some salt (if needed) and a healthy grind of black pepper. Serve up in heated bowls with some buttered crusty bread on the side.

On a side note, Todd and I finally got to watch Twilight, the movie last night and it was fabulous!! I can't wait for the sequel!