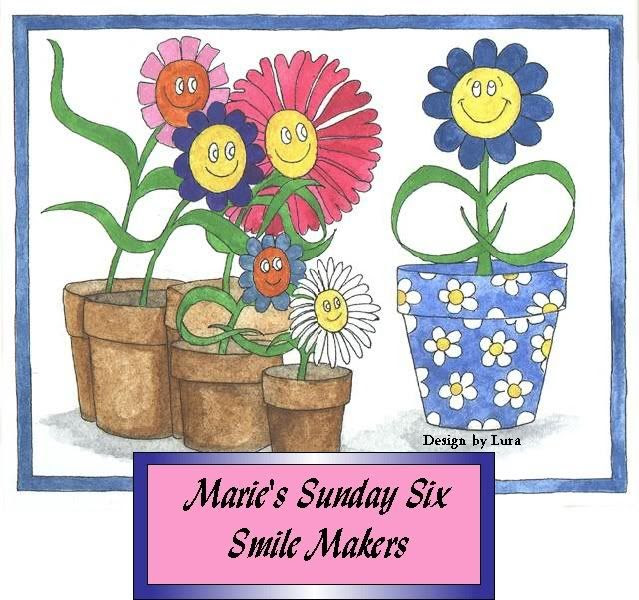 Welcome to my first Sunday Six post of March. March is the month that spring officially arrives! If the thought of that doesn't automatically make you smile, then I don't know what will!! I thought I would share six little tales and thoughts that might make you smile this morning. They made me smile at any rate, so here goes! 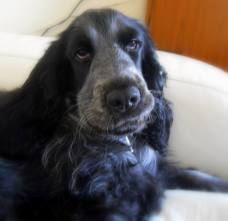 In Norway there's a folk tale explainiing why the dog has a wet nose. It is said that during the voyage of the Ark (Noah and all that), the vessel sprang a leak, and the dog, whom had become a good friend to Noah during the first couple of weeks of the voyage, obligingly put his nose into the gap between the planks. It was the perfect fit and everyone reached the journey's end in complete and total safety! Since then the dog has had a wet nose. Oh, I do love a wet nose to kiss and snuffle, don't you? 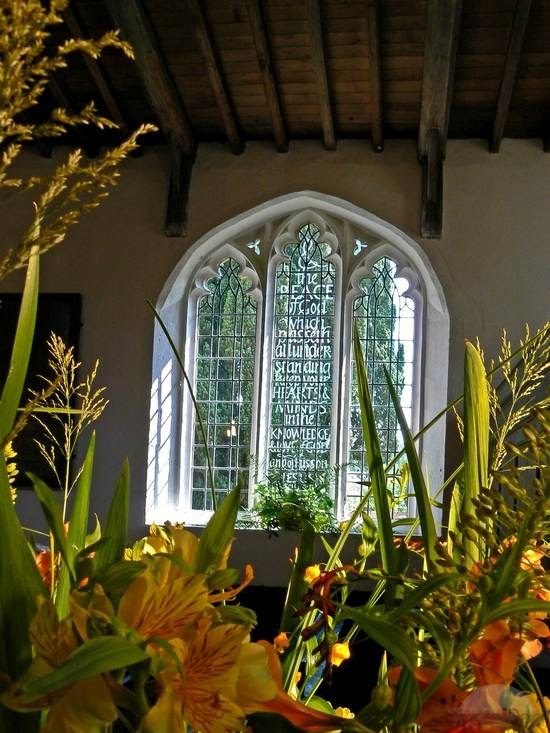 Have you heard of John Harris, the Cornish poet? He was one of a family of ten and he started working at the age of nine and four years later was working in the depths of a tin mine. Despite his lack of education, he loved poetry and wrote constantly, using whatever means he had, some of his verses having been penned with blackberry juice because he had no ink. In his twenty years as a miner, he produced sixteen volumnes of poetry. There is a stained glass window in Troon, in Cornwall, to commemomorate John Harris, who died in 1884 . . . a man who triumphed over adversity.

THE fairest flowers, the richest veins of ore,
The brightest gems, the costliest specimens,
The grandest, greatest, meekest, noblest minds,
Are often shining in this darksome world
Where least expected, and their glory's beams
Remain unnoticed in the general glare. 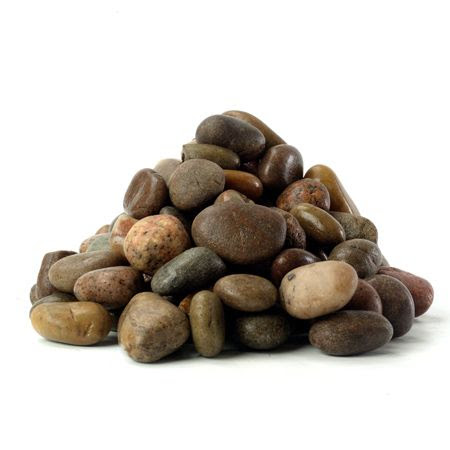 A small trouble is like a pebble. Hold it too close to your eye, and it fills the whole world and puts everything out of focus. Hold it at a proper distance, and it can be examined and properly classified. Throw it at your feet, and it can be seen in it's true setting, just one more tiny bump on the pathway of life.
~Celia Luce

A useful thought to remember when life becomes challenging. 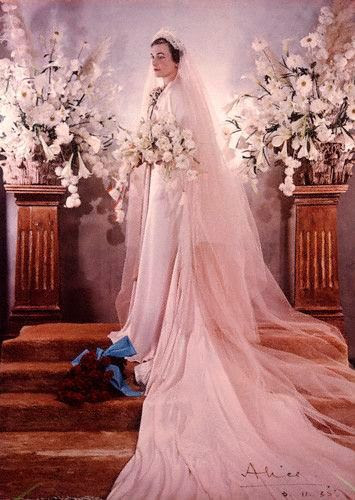 A fourteen year old girl once went for a swim in the Solway Firth off the Scottish Coast. Caught in an undercurrent, she was almost drowning, when she prayed that, if spared . . . she would devote her life to the service of others. At once her feet touched rocks and she was able to struggle to safety.

When she grew up, she was chosen to be the bride of Prince Henry, later Duke of Gloucester, and threw herself into her duties. The Red Cross, the St John ambulance Brigade, and the forerunner of Meals on Wheels were only three of the charities she supported. During her lifetime of over 100 years, Princess Alice truly fulfilled the promise she had made as a young girl. 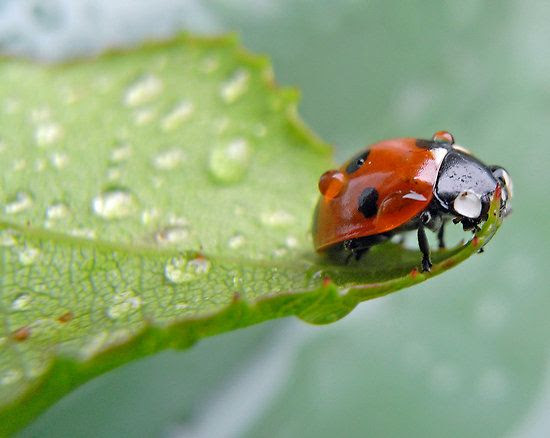 Everyone loves ladybirds, those pretty little creatures that turn up most years in the garden and walking along our windowsills. What you probably don't know though is that it used to be called, "Our Lady's Bird." It's read colour was seen as resembling the cloak worn by the Virgin Mary in old paintings. Count it's spots and you will see that there are seven, and they are believed to be a reminder of the seven joys and seven sorrows in Mary's life. 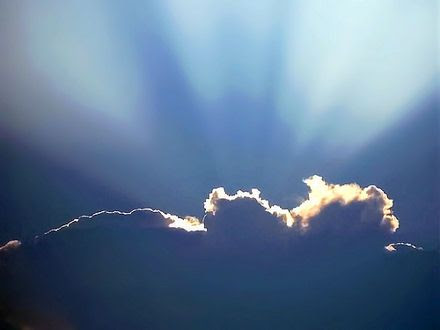 Success is failure turned inside out,
The silver tint of the cloud of doubt.
So stick to the fight, when you're hardest hit,
It's when things seem worst that you mustn't quit!
~author unknown

Perhaps author unknown, but well worth sharing don't you think?

And there you have it six thoughts, verses, or stories that I hope brought a smile to your lips this morning! Oh, it is so good to dwell on all that is good in life . . .

Here's a delicious quick supper that makes good use of leftovers. Todd is not overly fond of pasta, but he will eat it this way without too many complaints. I actually think it's the texture of the smaller types of pasta that he doesn't like, oh and spaghetti of course. He's never quite mastered the art of being able to eat it properly! 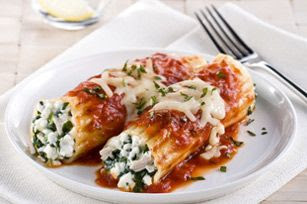 Delicious stuffed pasta rolls with a scrummy chicken and cheese filling. Easy to make and easy on the budget, plus used leftover cooked chicken, so a great meal to have after a roast chicken dinner.

Combine the chicken and garlic in large bowl. Add the spinach, cottage cheese, egg, 1/2 cup of the Parmesan Cheese and 1 cup of the mozzarella. Season to taste with salt, pepper, oregano and basil. Mix together well and then spoon into manicotti shells.

Place the filled shells into the prepared baking dish. Cover with the spaghetti sauce.

Bake for 25 to 30 minutes, or until heated through. Sprinkle the top with the remaining Parmesan and mozzarella cheese. Bake 5 minuntes longer until the cheese melts. Sprinkle with the basil and serve.

Note - This can very easily be made ahead of time and then just popped into the oven when you want it. Assemble recipe as directed. Cover and refrigerate up to 4 hours. When ready to serve, bake (uncovered) in a 180&C/350*F/ gas mark 4 oven for 35 to 40 minutes, or until heated through. Top with remaining mozzarella and continue as directed. 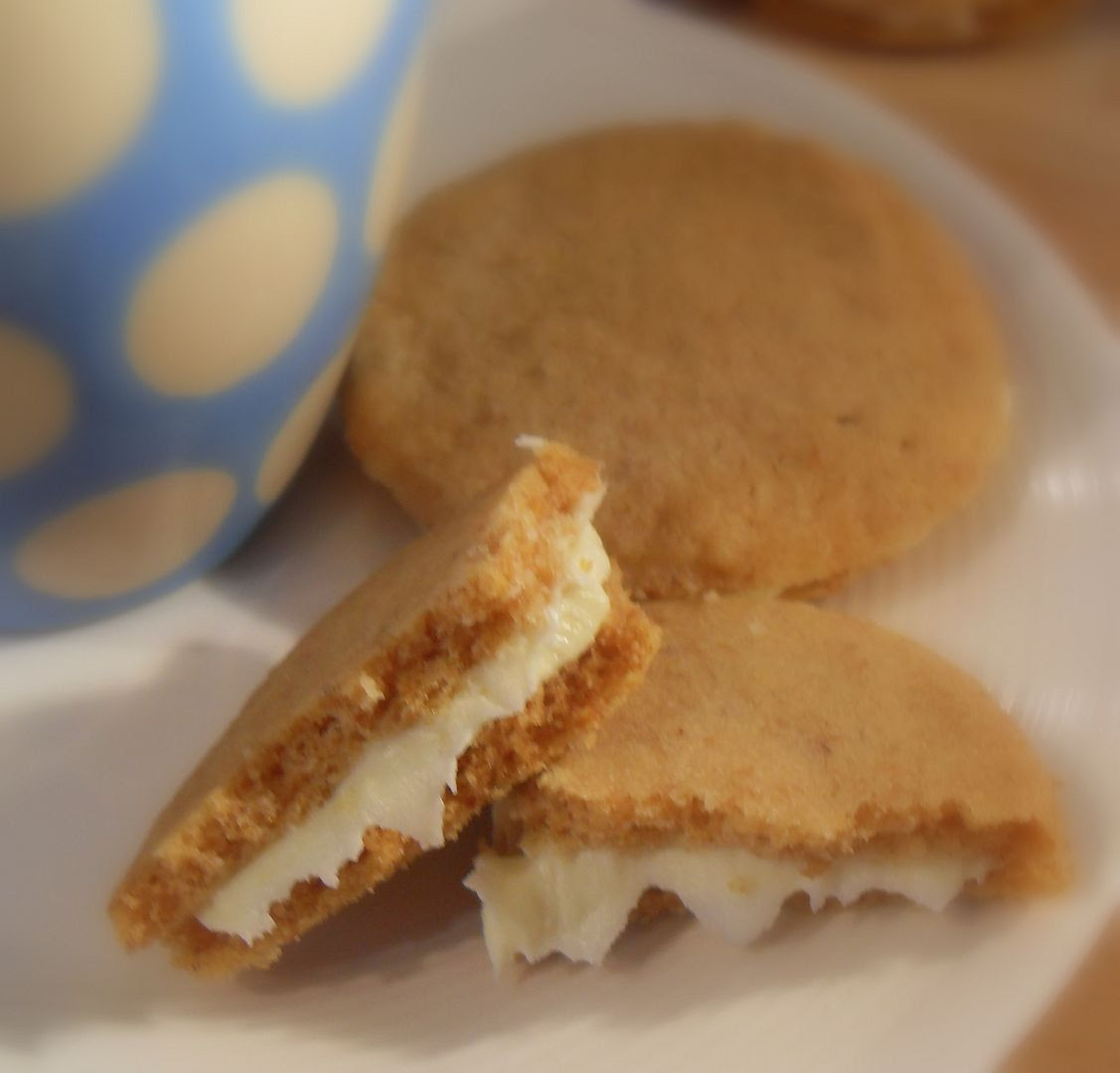 In The English Kitchen today, moreishly melt in the mouth Gypsy Creams!