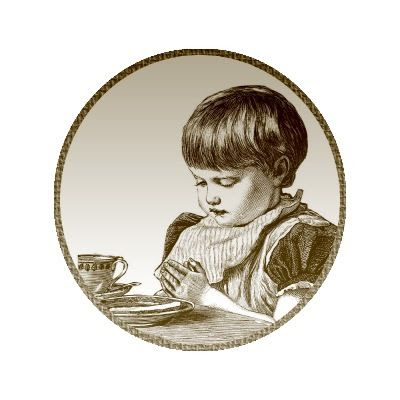 I wonder how many of you have heard of the name Edith Leatham. Not many I'll wager, and in fact, I had not heard of her name myself until just recently. I took a particular interest in her because, like me, she was in the Greeting Card Industry, except that she didn't do little paintings for it . . . she wrote verses for inside the cards, and Christmas Cards in particular.

It helped to earn extra money to help get the family through, when the family had little money to spare. It was a true Godsend. 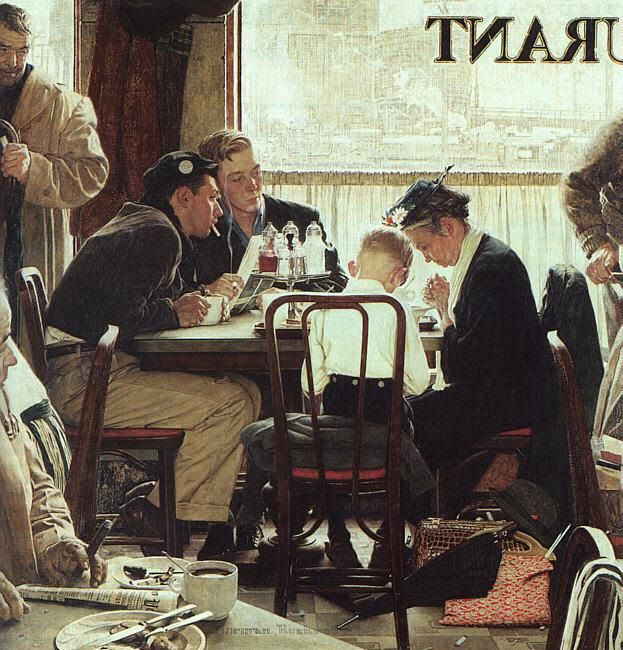 One day she was asked to put a poem to a picture of a child with it's mother, head bowed and hands folded. She wrote three simple verses and was paid five shillings for them.

Some forty years later she read four lines in a newspaper. Nobody knew that it had been her who had written them, but she recognized them as her own work, one verse of that five shilling poem of long ago.

Before she passed away in 1939, she saw them travel the world. Her words were, perhaps, the most perfect prayer for children that has ever been written . . . and I'll wager there are not too many of you that have not uttered it's words yourselves at one time or another . . . 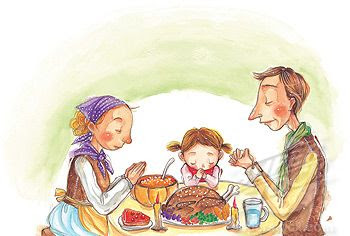 I thought it quite appropriate to mention, as we approach what is the Canadian Thanksgiving weekend. Perhaps there may be amongst you a child, whom, when asked to give the family grace before dinner this year, will utter these very same words. Simple words sprung from a simple woman's pen, in a simpler time . . . penned in order to help out with her family's meagre finances. Kind of brings more meaning in to the words, doesn't it?

I know I posted a pumpkin loaf yesterday and you are going to get pumpkin again today. The funny thing about baking with a tin of pumpkin is . . . that you never quite use the whole tin . . . unless you are baking pies of course! You always end up with about half the tin that needs to be used up in another way. I had always wanted to try this tasty recipe for a Pumpkin Roll that is put out by the company that makes the tinned pumpkin, Libby's, and so I did . . . with a few twists of course! I really didn't get a decent photo of it, but I'm sure you get the picture. It was really, really tasty!! 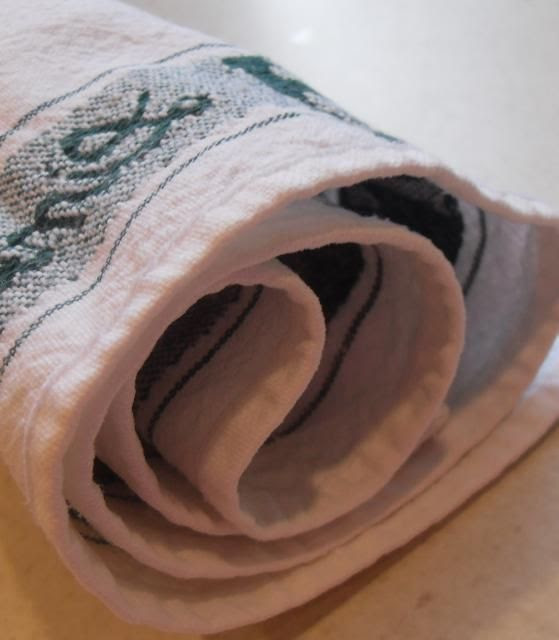 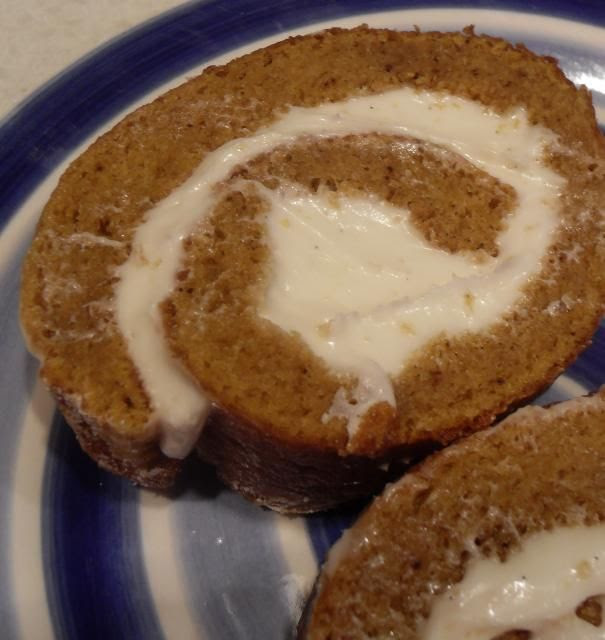 Pre-heat the oven to 190*C/375*F. Grease a 15 by 10 inch swiss roll tin, line it with some parchment paper and then grease the parchment paper. Set aside. Sprinkle a cotton dish towel with icing sugar.

Whisk the flour, baking powder, baking soda, cinnamon, cloves, nutmeg, ginger and salt together in a bowl. Beat the eggs and sugar together in another mixing bowl, until thick. Beat in the pumpkin and the minced preserved ginger. Fold in the flour mixture, mixing until well combined. Spread evenly into the prepared pan.

Bake for 13 to 15 minutes, or until the top springs back when lightly touched. Immediately loosen and turn the cake onto the icing sugar lined cotton towel. Carefully peel off the paper. Roll up the cake and the towel together, starting on the narrow end. Cool on a wire rack.

Beat the cream cheese, icing sugar, butter, syrup and vanilla together in a bowl until smooth. Carefully unroll the cake and spread this mixture over top. Reroll, wrap in cling film and chill for at least one hour before serving. Sprinkle with more icing sugar before serving if desired. 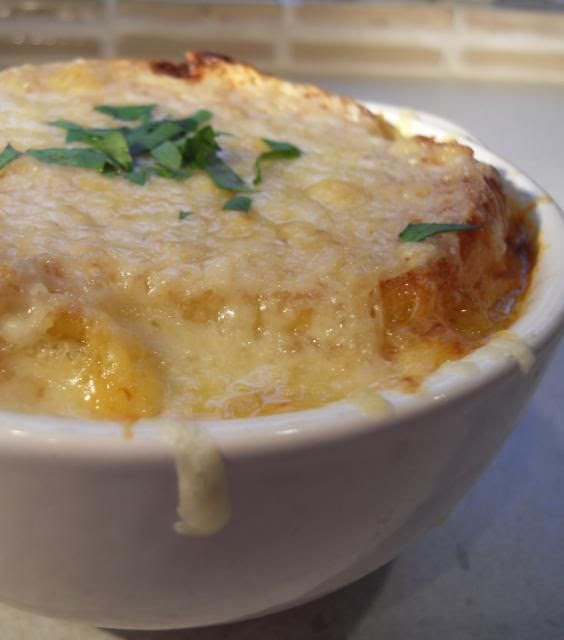 If you are looking for comfort food today, be sure to check out The English Kitchen. I have pure comfort in a bowl over there . . . Cheese Crusted Tomato Soup.