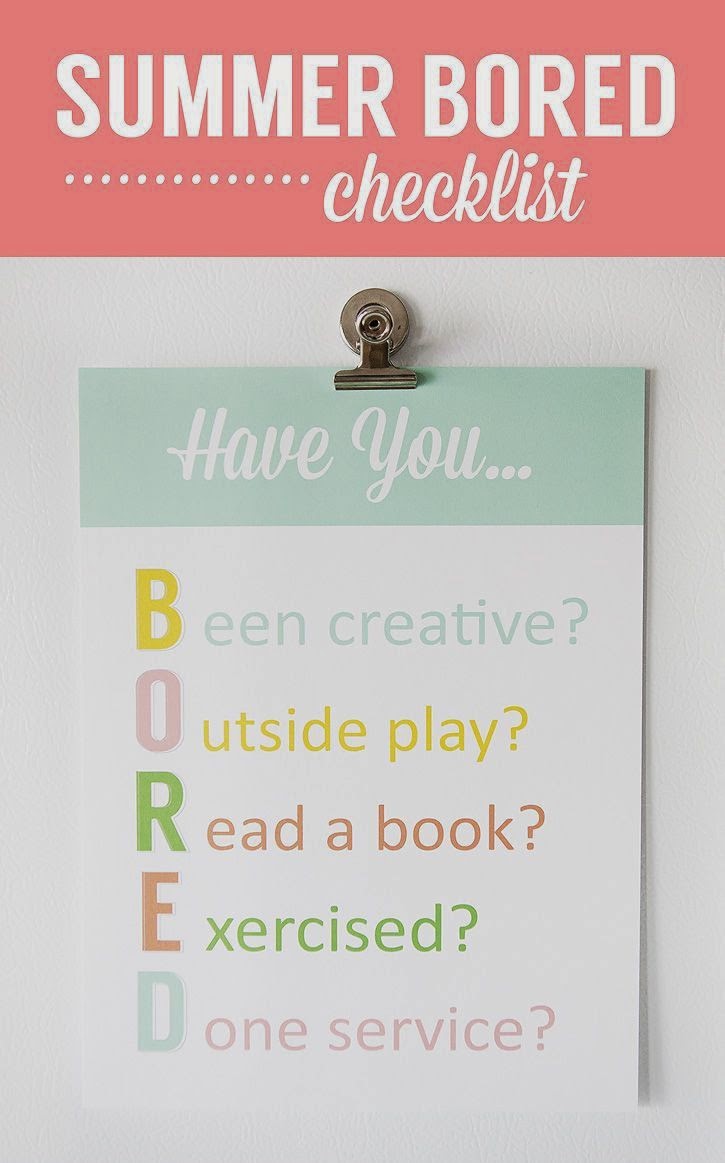 I can remember when summer seemed to last so long that you got bored and could hardly wait to get back to school, can you?  Those were the days!  The very worst thing we could say to my mother (and we learned this very quickly) was . . . "I'm bored!"  She would soon find something for us to do and we were not going to like it!

We weren't allow to stay indoors if it wasn't raining.  We were supposed to be outside playing.   we'd go out in the morning with the only instructions to be back by dinner time.  (We had our big meal at noon.) We also had to be within shouting distance.

I lived on an air force base, in what was affectionately called the PMQ's, which was short for Permanent Married Quarters.  This was during the post war baby boom, so everyone had a lot of children, and we all used to hang out together basically.  We would spend hours playing games like frozen tag, or red rover red rover . . .  red light/green light, etc.  Basically we all just got along, and nobody was left out. 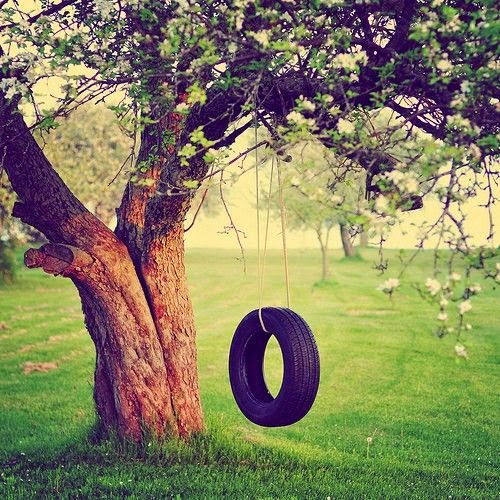 We used our imaginations a lot in those days.  There were no video games and there wasn't a lot on television for children any ways . . .  not that my mother would have ever let us stay in the house on a sunny day to watch it if there had been!  We had to make our own fun.

I made mud pies, and ran through sprinklers, swung on swings, rode my bike for miles and miles on our quiet gravelled streets, played house, picked wild berries,  climbed trees, drank cool aid from coloured metal tumblers (nothing ever tasted so good or so refreshing), ate home made popsicles on plastic sticks (God forbid you lost one!), read more books than you could shake a stick at, picked wild flowers and made daisy chains and necklaces out of gum wrappers, caught fireflies and chased butterflies . . . 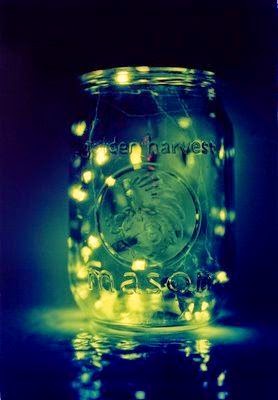 There was no money for such things as holidays.   The closest we ever got to going on a holiday would be one or two days at the local beach, which in our case was on the shores of Lake Winnipeg.  I can't remember my mother ever putting sun screen on us.  We got sun burnt and mosquito bitten, skinned our elbows and skinned our knees, ran and jumped and climbed and just enjoyed seemingly endless days of summer sun shine until we ran out of things to do, or until we got bored of just having fun and began to look forward to school beginning again at the end of summer.  Life was simple, and easy . . . uncomplicated and fun.

Each day was an adventure, even if it we only did the same things which we had done the day before.  Nobody was a trouble maker or up to no good.   You would never have gotten away with it if you did any ways, because everybody knew everybody else and sure as sure could be . . .  if you had gotten up to some mischief, your parents would be told and there'd be hell to pay at home . . . or extra chores, or confinement to your bedroom, etc.  a fate worse than death itself . . .   We didn't "do" exercise . . . life was exercise. 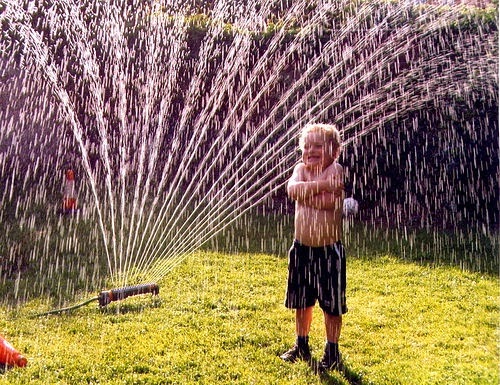 I feel almost sorry for children today.   They are growing up in a very different world.  They are not as safe as we were I don't think.  Parents are much more afraid.  We were told not to talk to strangers, or to take candy from strangers . . . but we knew what a stranger was back then.   Everyone was familiar to us, and we didn't just have one mum and one dad, we had a whole neighbourhood of mums and dads.  Mums would put their babies outside in their prams to get fresh air, and go on about cleaning their houses, only checking on baby from time to time to see if all was well . . . and it usually was.

Nobody got abducted or stolen.  I am sure bad things did happen from time to time, but it never touched my world.  Most people had a faith and a conscience.  Nobody was plugged in and tuned out.  We were all connected, and much happier for it.  There were very few bullies. If there was a bully their parents would be told and they'd be punished in most cases.  We just plain got along with each other.  If you were lonely, it was because you chose to be and if you had an invisible friend, you were considered a bit of a nutter!  Our social network consisted of two tin cans at either ends of a rope.  And there again . . . the things we could do with a tin can and a rope . . .  were seemingly endless.   A new ball, big or small . . . brought a glint of delight into any child's eye, and a tin can was an opportunity to play kick the can . . .  and everybody knew how to jump a rope. 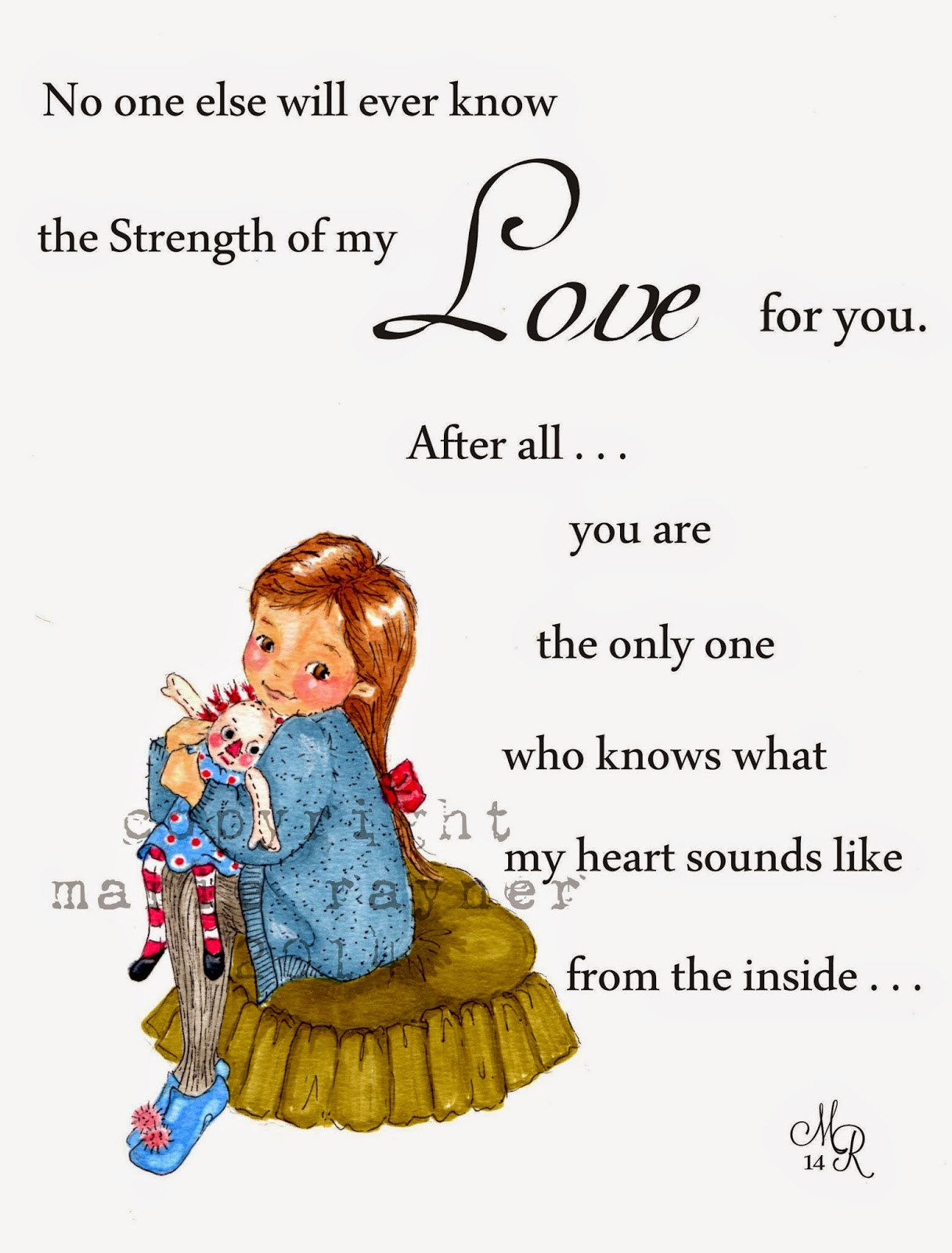 I managed to have the chance to do another painting yesterday afternoon.  I had found this quote (attributed to nobody) on Pinterest and this is what came out.   I loved the quote.  Will it do???

“The true way to live is
to enjoy every moment as it passes,
and surely it is in the everyday things around us
that the beauty of life lies.”
~Laura Ingalls Wilder 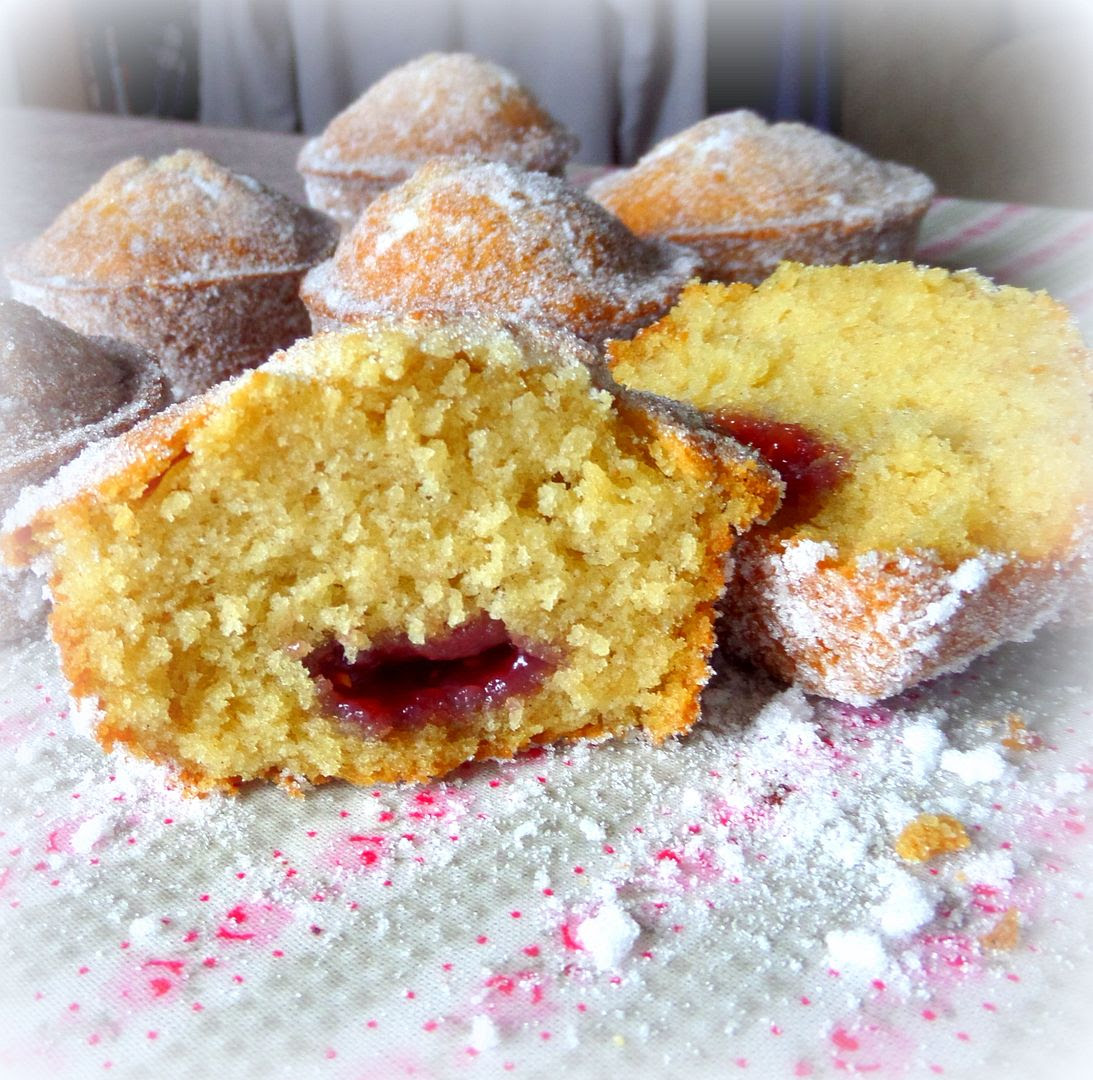 Baking in The English Kitchen today . . . Doughnut Muffins.   This is the best version of doughnut muffins I have ever baked.   Seriously.  Very good.

Have a truly blessed and wonderful Sunday!