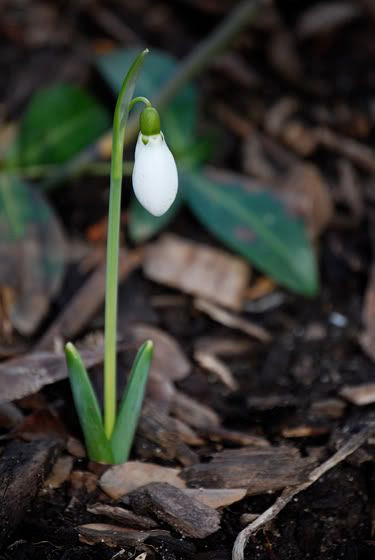 The news these days is full of shop closures, business losses, job losses . . . very grim indeed. Sometimes it's very hard to have hope when there is so much doom and gloom surrounding us.

I was reading the other day about a gentleman who, during the great depression of the 1930's, had lost his job, a fortune, a wife and a home. He had nothing left that the world sees as being worth anything, but he still had his faith, which he tenaciously clung on to. One day he stopped to watch some men doing stonework in a large church. One of them was busy chiseling out a triangular piece of stone.

"What are you going to do with that?" asked the man.

"See that little opening away up there near the spire?" replied the workman. "Well, I'm shaping this down here, so that it will fit in up there."

Tears filled the eyes of the man as he walked away, for it seemed that God has spoken to him through the words of the workman . . . a way of explanation for the ordeal that he was having to live through, words that spoke to his heart and said . . . "I am shaping you down here, so that you'll fit in up there." 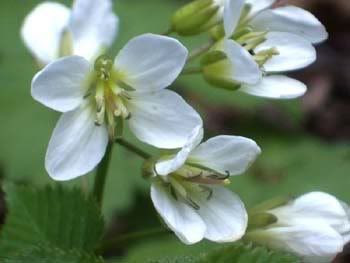 "The things we hope in sustain us during our daily walk. They uphold us through trials, temptations, and sorrow. Everyone has experienced discouragement and difficulty. Indeed, there are times when the darkness may seem unbearable. It is in these times that the divine principles of the restored gospel we hope in can uphold us and carry us until, once again, we walk in the light."
~Dieter F. Uchtdorf

It is good to remember when times are rough, and we think we cannot go on another step, that there is One who cares and who is busy shaping us and moulding us through our trials and tests to be a "fit" person for His kingdom. There is no point in worrying for it changes not a thing. We are not alone . . . 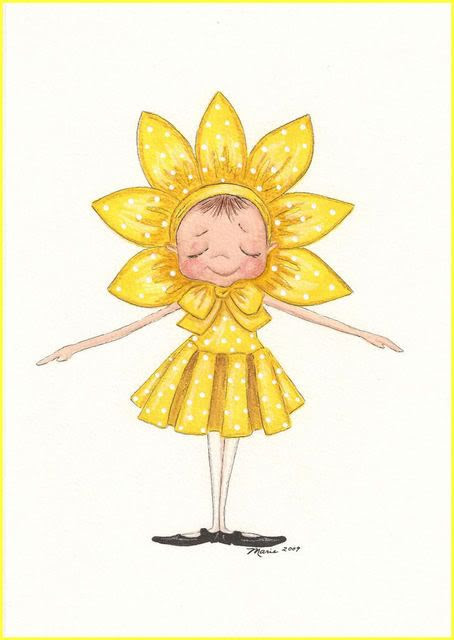 I did a little painting yesterday that I like to call "Little Miss Sunshine." She brought a smile to my face as she developed on my page and I hope she will bring a smile to yours!! As always she is available as a print or a card.

I baked cookies last night. We are having a going away party at our church this weekend for some people who will be leaving us to move to other parts of the country. I was asked to bring a casserole and I thought I would bring some cookies too. I don't know why they call these *Snickerdoodles*, do you? 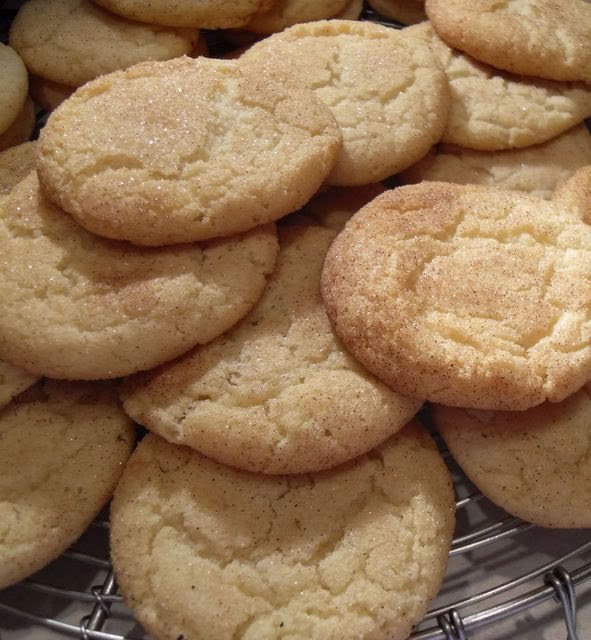 Crackle topped and coated in cinnamon sugar these tasty cookies are full of homey comfort and old fashioned goodness. I don't know anyone that doesn't like these. 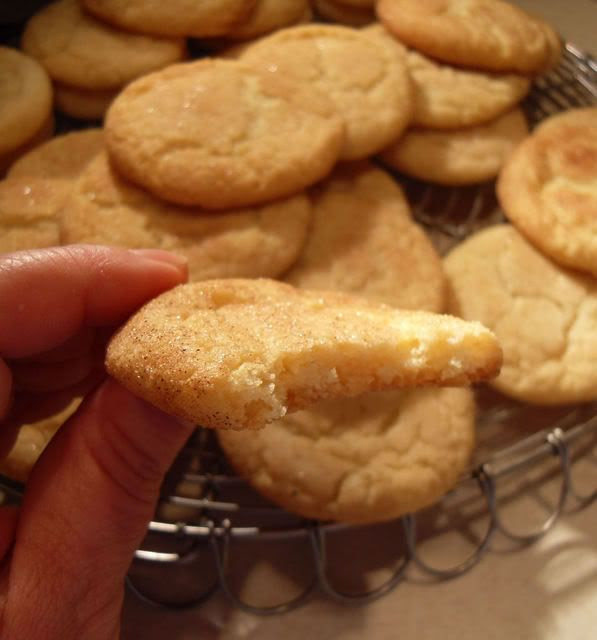 Place the butter in a mixing bowl and beat on medium speed for about 30 seconds. Add the 1 cup of sugar, baking soda and cream of tartar. Beat until combined. Scrap the sides of the bowl and then beat in the egg and vanilla. Beat in as much of the flour as you can with the mixer and then stir in any remaining flour with a spoon. When all are mixed together well, cover with some cling film and chill the dough for about an hour or so until it is easy to handle.

Pre-heat the oven to 190*C/375*F. Combine the 2 TBS of sugar with the 1 tsp cinnamon in a small bowl. Remove the dough from the fridge. Pinch off pieces of dough and shape between the palms of your hands into 1 inch balls. Roll the balls into the cinnamon sugar to coat. Place 2 inches apart on ungreased baking sheets. Bake for 10 to 11 minutes until the edges are golden brown. Transfer to a wire rack to cool.