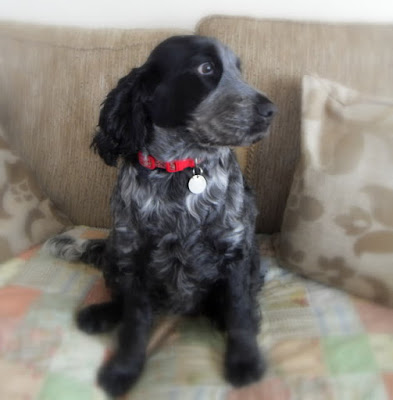 I thought I had not shown you a picture of Mitzie in a long time, so I set aside some time to take a few of her yesterday afternoon. She's become very obedient. She sat very still for me. I just told her to sit and then stay, and she did. I think they turned out quite nice. Mitzie is the queen of our house, just as our Jess was. 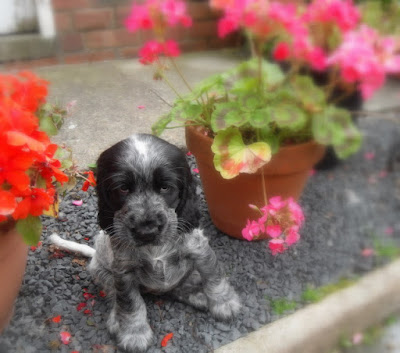 It's hard to believe that she has grown so much since she came to live with us. She is so very loved as you can imagine. I had not thought that I would ever be able to love a dog as much as we had loved Jess . . . but we do! A good friend of ours just had to have her furry family member put down. She was a little Jack Russell terrier and 13 years old. Just a few months ago she was full of vim and vigor, but this last week we saw the light go out of her eyes, and she had stopped eating completely and only lay in her bed and slept. She was wasting away, and so a decision had to be made. That is always such a hard one to have to make . . . but in truth she had already gone from our friend, and it was painful to watch her going down. She didn't appear to be suffering at all, but there was no life left in her . . . 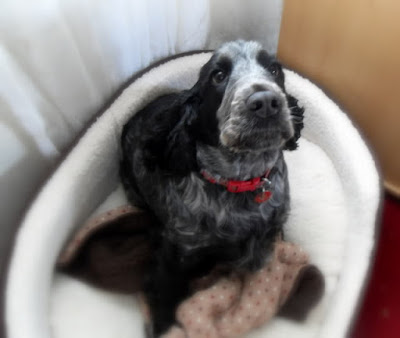 Not like this little madam. We had to go out and get her a new bed this week as she had scratched the whole bottom out of her old one. It had only been a cheap one we picked up at the market and the bottom was only cheap fabric. You know how dogs like to scrunch up their beds before they lay down . . . well she had scrunched all the way through the bed. She won't be able to do it to this one. It cost a pretty penny and the bottom is well stuffed, with a nice big fluffy mattress. Todd remarked that she is more comfortable now in bed than he is. I told him Mitzie would be more than happy to change places with him, haha. 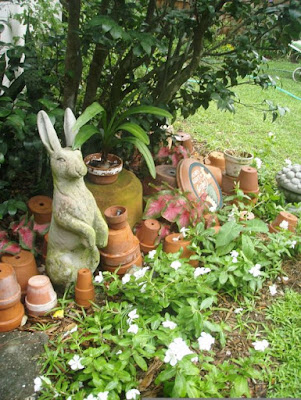 Our garden is coming to life again after it's long winter's sleep. There are the same old jobs to do . . . the digging and the hoeing . . . the path to weed and the beds to plan. Planting and sowing, the same routine to follow, but as ever the joy of it all is new . . . when winter ends and the garden calls to you, you know Spring has finally sprung.

I've noticed something about gardening. You set out to do one thing and pretty soon, you're doing something else, which leads to some other thing, and so on. By the end of the day, you look at the shovel stuck in the half dug rose bed and wonder what on earth you've been doing.~Anne Raver 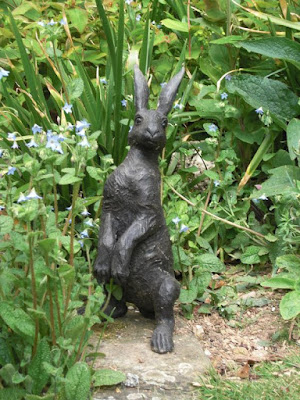 There is the kitchen plot to clear and to rake, and seedlings to be tended to. The lawn needs to be mowed and it's edges trimmed. Fences need to be mended and nesting boxes in place . . . there is no time to sit and read these days, the chair by the hearth stays empty as the garden takes up every spare minute. We don't mind really. There is something that is so very beautiful about earth that's just been dug and the feel of it in your hands is so very soothing.

One is nearer God's heart in a garden
than anywhere else on earth.
~Dorothy Frances Gurney

Even Mitzie has been doing her gardening . . . 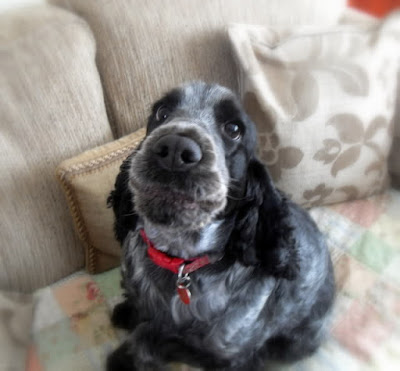 This is her "I'm sorry" face . . . after she had dug up all the fuchsia that Todd had just planted a few days ago. We thought she had outgrown that phase, but apparently she hasn't. It is difficult to stay annoyed with her though . . . how can you when those big brown eyes look at you in that very contrite manner. So soft and so sweet . . .

Gardens are not made by singing“Oh how beautiful”and sitting in the shade. ~Rudyard Kipling

Our rewards will come at the height of the summer, when all in the garden begins to bloom profusely and we begin to harvest the rewards of our labours . . . in tender young vegetables . . . and soft and sweet fruits . . . can anything at all taste as delicious as something which you have grown yourself??? I think not! 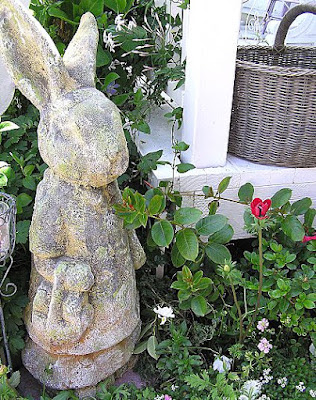 Its quite chilly in the house this morning.  I could see a big red moon hanging low on the horizon when I got up  an hour or so ago.  Today is the Chester Marathon, so some streets will be closed for half the day. That means it will take a bit of fiddling to get to church . . . figuring out which streets we can use that aren't closed. It can be done, just not without a lot of forethought. It does look however as if the sun is going to shine.  Bet there are lots of people happy about that! 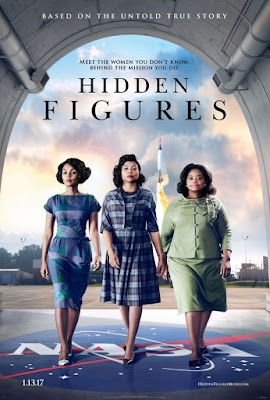 We watched a good film last night on our Now television.  Hidden Figures. It was about three anonymous black women that were instrumental in getting John Glenn into space and back again safely back in the early 1960's  Very good. I like films based on true stories.  I was thinking during the film about how very brave those first astronauts were to do what they did, when it was such a new thing, this flying into space on rockets.  Such courage is amazing.  And those women, facing such odds that they faced with segregation, prejudice, etc. I bet they could never have thought that one day there would be a black man in the white house. Thankfully we have come a long, long way from those disgusting days.  We still have a ways to go, and with that I will leave you with a thought for the day  . . . 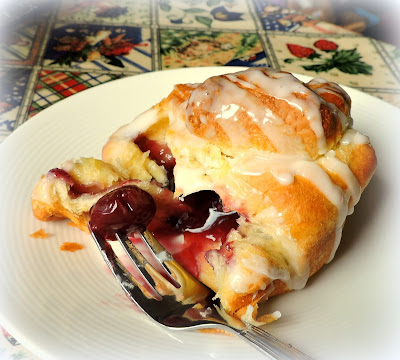