The difference between right and wrong 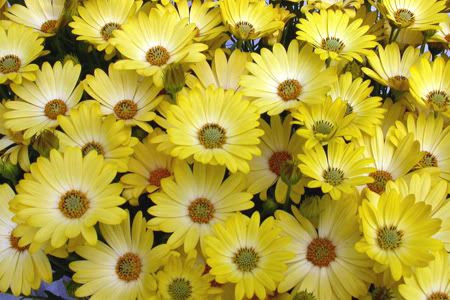 We live in a confusing world today. The line between what's right and what's wrong is becoming increasingly blurred and it shows. Messages that we should not be listening to, or paying heed to, bombard us from all sides . . . television,newspapers, magazines, radio, computers, video games . . . even the very streets of our own villages, towns and cities. Is it any wonder that a great deal of the youth of our nations are running rampant . . . afraid and lost, with no moral standards and not knowing the difference between right and wrong?

The breakdown of family, political correctness, loss and lack of religious values . . . these are some of the things that have contributed to the great pervading sickness we are seeing around us in today's society. 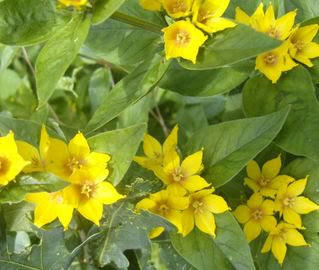 When I was a child I knew that when I went to school, if I did anything that I should not be doing on the way to school, one of the neighbours would see and they would tell my mom. If I did anything wrong at school, I'd be punished and then my parents would be told and then I'd be punished again. Teachers were allowed to care and they cared. The values that we had been taught at home and at church were also expounded at school. Most people went to church and sent their children to Sunday School. Family was important, upheld and revered. 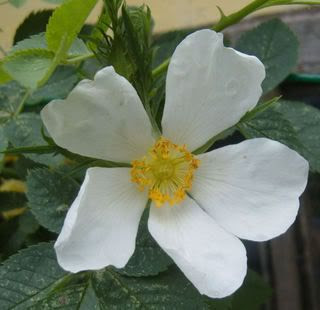 Children were surrounded with people that cared . . . in most cases two parents . . . father's who cared enough about them and about their mother's to want to get married and stay married. I heard on the radio the other day that Charlotte Church was expecting her second child with her longstanding boyfriend Gavin. I thought to myself, if you love someone enough to want to have two children with them, surely you want those children to have the stability of having a father and mother who are committed enough to each other to want to get married . . .

Teachers cared too. Most teachers in those days looked at teaching as a calling in life. Sure there were teachers who never should have been teaching and who were mean and quite obviously didn't like children . . . but for the most part we had people at school who really and truly cared for us and who guided us along a straight and narrow path, and were able to teach us from the heart. That is not to say that teachers today don't care . . . I'm sure there are lots who do, but their jobs are frustrated with the red tape of bureacracy and political correctness which binds their hands and hearts. 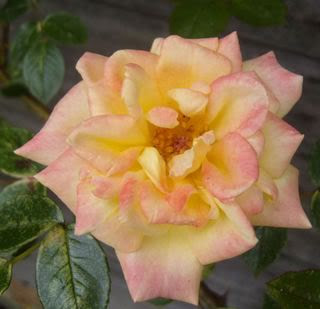 Neighbours cared about each other as well. They took the time to get to know each other and kept an eye out for each other. It was really distressing a couple of years ago in this small village that I live in, that an elderly couple passed away in their home and it was several weeks before anyone noticed. It was only because a postman noticed an obviously starving dog on one of his rounds that anyone was alerted that something might be amiss. The wife had been an invalid and bed ridden, and her elderly husband her caregiver. He had had a heartattack and passed away in the bathroom and she, unable to move and too feeble to call for help had died in her bed a day or two later of starvation and neglect . . . the family dog, wandering in and out of their open back doorway, quite obviously distressed and hungry . . . thirty, forty or even twenty years ago this would not have happened. People would have noticed within the first couple of days and once noticed they would have acted . . .

When we went to attend our chapel a couple of Sunday's ago, the lawn was strewn with beer bottles and the grass had been burnt. There were about half a dozen burnt out disposable barbeques laying about. Someone quite obviously had decided to use our grounds to have a get-together of sorts and just left their mess behind. We have had to have the lead on the church roof replaced several times as some person keeps stealing it and our windows are often cracked and pitted by stones thrown at them by the youth in the neighbourhood. Where is the respect? 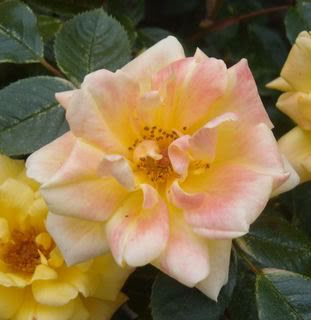 Oh, it does paint a dismal picture, but not all is dark and gloomy. There are still pockets of good to be found and people with standards to be found. We just never hear about them. I wish someone would start a newspaper filled with good news and good stories. A paper with positive and uplifting messages. Do they think we don't want to hear them, or that we would not be interested? I wish someone would try and then prove them wrong. What a turn around that would be!

A wise man once remarked that he had never known a good thing that was not beautiful or a bad thing that was not ugly . . . it's really quite simple isn't it? The spirit of the Very Cheerful easily rubs off onto everything around it. I guess it starts with me . . .

A Merrier World is hosting a blogging event until the 16th of July promoting the ethical rearing and use of chicken. I know that it's not always possible for people to spend the extra money to buy free range chicken and that with growing families and the rapidly increasing cost of food these days it is becoming even more difficult to eat with a conscience. I try to stock up on it when the grocery store has a special offer going. In the past year or so we have made the decision that if we were going to be eating meat of any kind we would only eat free range and organic if possible. That means that we don't eat it quite as often as we used to, but it does mean that when we do eat it we can feel good about it. This is a lovely dish that takes a few chicken breasts and makes them see like a whole lot more, and with very delicous results! 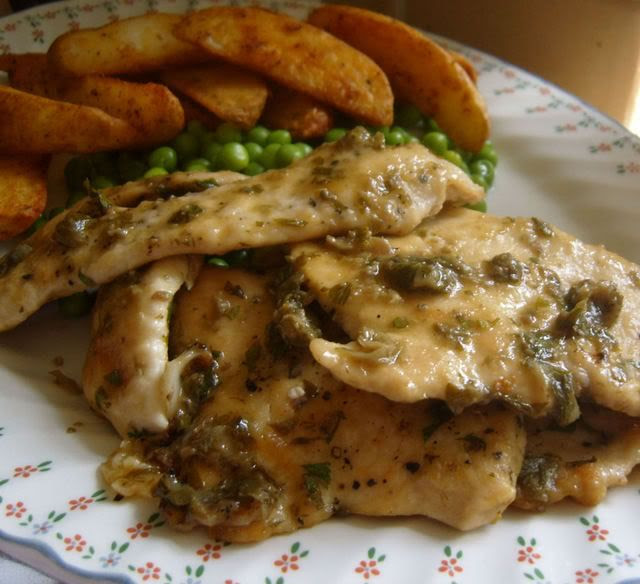 *Chicken with Parsley and Capers*
Serves 4 to 6

Simple, quick, easy and tasty. This delicious way of preparing chicken wins on all counts! We like to have it with some chips and peas, but they would go equally as well with rice or mash or even boiled potatoes.

Season the chicken pieces with some salt and pepper and then dust them lightly with flour, patting them and then shaking off the excess.

Heat the oil in a skillet over medium high heat and then add the garlic. Once it begins to become fragrant add the chicken pieces, a few at a time, frying them lightly until golden brown on each side. Once you have all the pieces browned, put them back into the pan, and reduce the heat. Squeeze the lemon juice over all and add the capers and the parsley and a couple tablespoons of hot water. Let it bubble up and then put a lid on, turn out the heat and let them sit for just a few minutes longer to make sure they are cooked all the way through. Don't overcook them or they will be dry and tough. Just a few minutes insures that they are moist and tender and that there are some juices in the pan to spoon over. 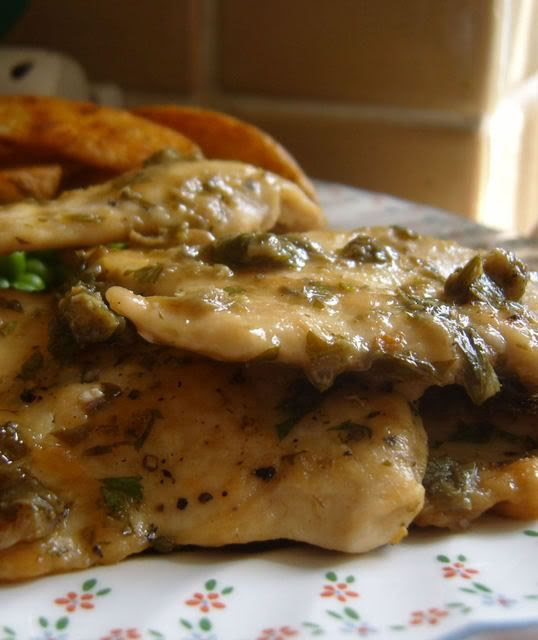 Email ThisBlogThis!Share to TwitterShare to FacebookShare to Pinterest
Labels: Chicken