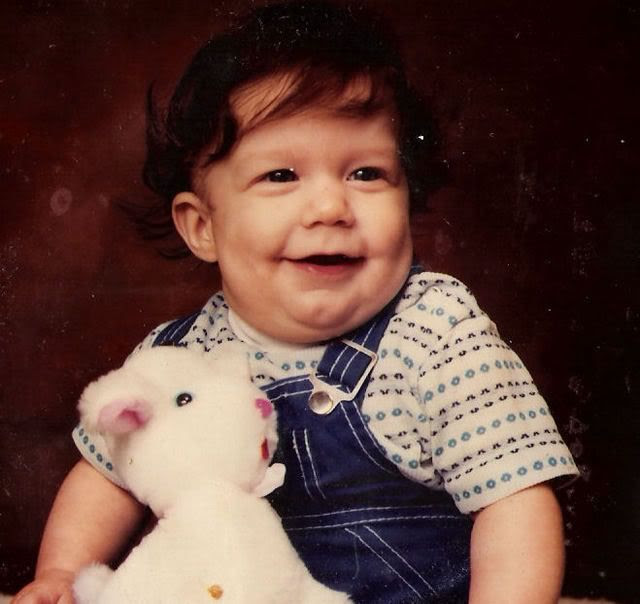 This is our Doug.   It's his Birthday today.  He is turning Thirty Three.  It's hard to believe . . . the years have gone by so very quickly.  It seems like it was only yesterday that he was my little boy, and now he is a man, a husband, a father . . . His full name is Douglas Alfred MacLeod . . .  Douglas from my ex brother in law, Alfred from my ex father in law and MacLeod which was my ex mil's maiden name.   He is a Ramsay.  Douglas Alfred MacLeod Ramsay.  A fine name for a fine boy/man.

He was born with a full head of hair, it was seriously at least an inch long all over his head.   He had the most hair of any baby I have seen.  It grew into a full head of glorious curls.  Shirley Temple Curls.   He looked like he was wearing a wig.  I wish I had a photograph to show you, but alas I do not have many photographs of my children when they were growing up. 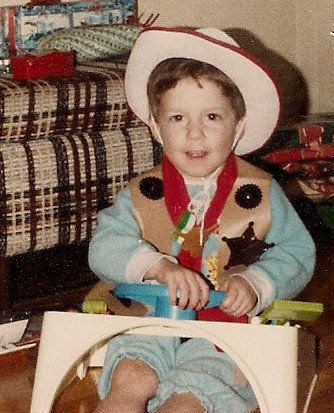 He was a delightful little boy.  I always called him my little fuzzy bear because his arms were covered with lots of peach fuzz.   He was a cuddler and I loved to cuddle him.   He was also a little acrobat.   He was very adept at getting in to places I didn't want him to get into.   I had to put hooks on all the doors, which worked for a little while, but then he figured out that if he got a broom he could knock the hooks open . . .  so then I had to replace all of the hooks with spring loaded hooks.  He was . . .  and is . . .  very smart. 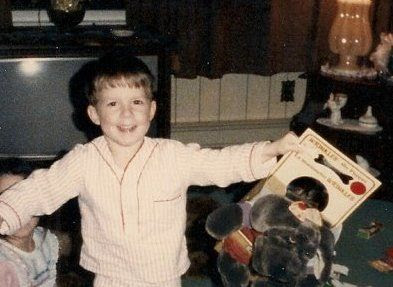 When he was small he had a favourite story I used to read to him about Oliver and the Sticky Buns.  I cannot remember the exact name of it . . .  I wish that I could.   It was about a little boy who had a teddybear that would always sneak out at night.  He wondered where it was going and so he followed it one night and it ended up being the teddy bear was meeting a bunch of teddy bears in the woods and they were having picnics with sticky buns.   I used to put on a British accent when I read him that story.   He always loved that story so much.  If I could only remember what it was called . . .  I have always wanted to find it so that I could buy it and give it to him.

When he was three, he fell down the basement stairs.  He fractured his skull.  He was in the hospital with a concussion for several days and had to wear a hockey helmet for several weeks to protect his head.  My husband was away at the time . . .  it was really hard for me to leave Doug in the hospital.  I wanted to stay with him, but living far away from my own family and being on my own with three other children, I couldn't stay in the hospital.  I know he was really sad and afraid to be in there all by himself.  It makes me sad to think about it now. 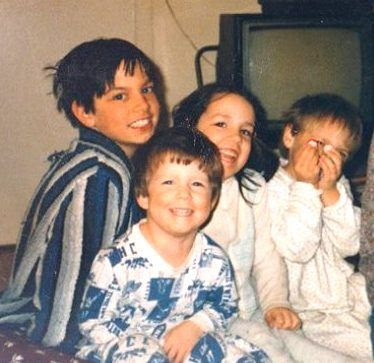 Growing up, he always had a beautiful smile on his face.  He was a happy little boy.   He is smiling in just about every photograph I have of him from when he was growing up.  He was always my happy little boy.  His smile was so charming that it often allowed him to get away with things he shouldn't have gotten away with.   In nursery school and kindergarten . . .  he would smile and his teacher would let him get away without doing his work . . .  it was such a sweet smile.  But when he got to Grade one, he had a more difficult teacher and she wasn't letting him get away with anything.    We had him tested for dyslexia when he was a bit older and the Doctor said that he had a mild form of dyslexia, but that he would learn to cope with it.

He was always a good boy.   He always had a kind and gentle heart.   He did a few things when he was growing up that caused a few grey hairs . . .  but nothing really too bad.   The normal stuff that boys get up to.    It didn't make us very happy when he set our neighbors barn on fire . . .  but in all honesty, I was just grateful he wasn't hurt himself.  That was at a particularly difficult time for the whole family.  My ex had come back from Bosnia with really bad ptsd . . .  and things were really hard at home.   His older brother moved out and then his older sister . . . we moved 4 times in about the same amount of years.   It was just hard for all of us.

I have always been proud of him, but I don't know that he knows that.   He was a good boy and he is a good man.   He has always had a kind and a loving heart.  He loves animals and is a gentle person. He does not have a mean or a malicious bone in his body.  I do not know if he truly sees the goodness in himself. 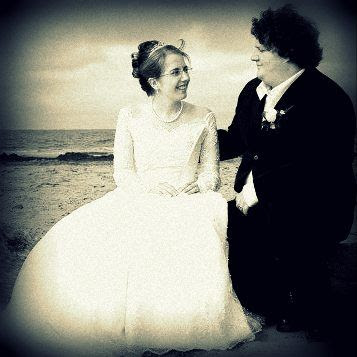 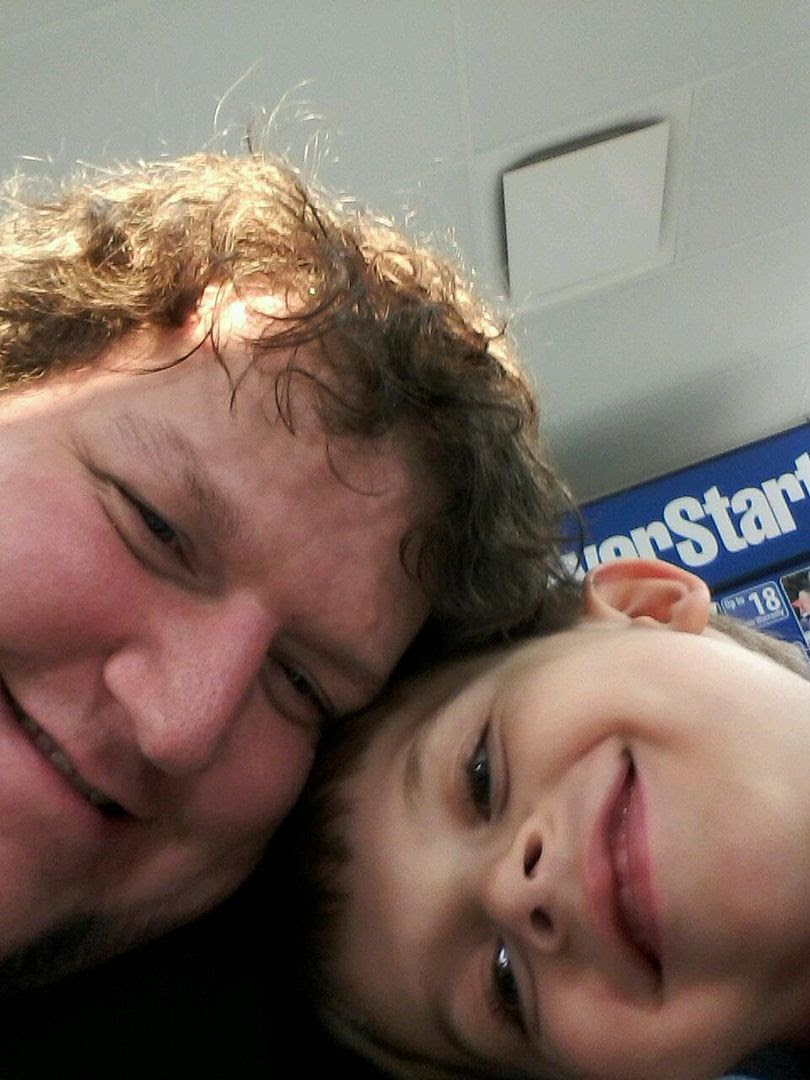 He is a good and loving father to three beautiful little boys. 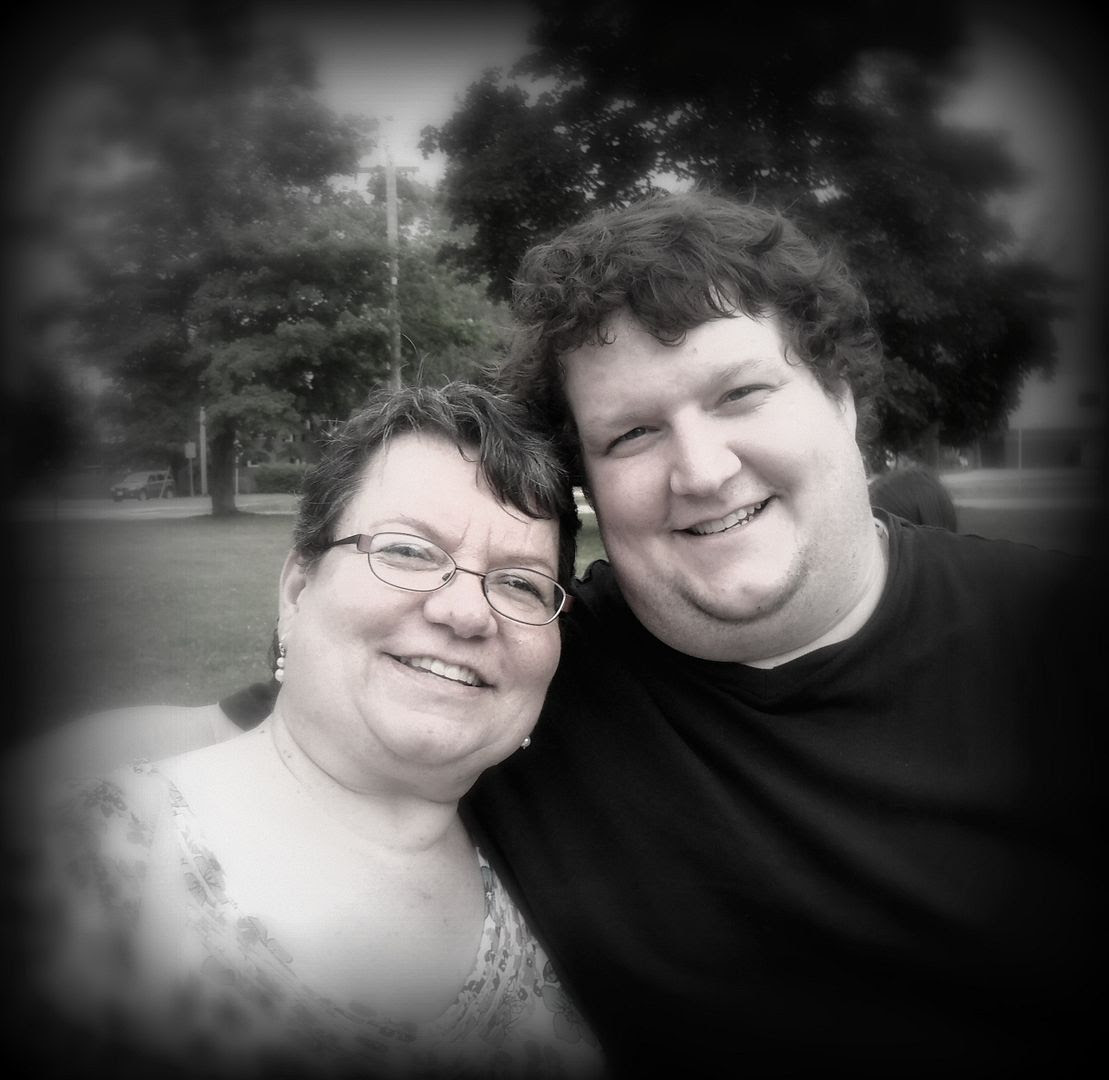 He is a kind, loving and supportive son.

I am proud of him in every way.  I love him with all of my heart . . . . and I want him to know that today and always.  I hope that he has a wonderful birthday.  I wish that I could be there with him to help him celebrate it and to spoil him in some way, but I cannot.   I  can only send him my love and Birthday greetings from afar.   It does not matter how old he gets or how far away he is from me, he will always be my baby and I always carry him in my heart.

Douglas, you mean the world to me and I appreciate every single thing you do for me, each call, each thought or feeling shared, every photograph . . .  the way you take the time to let me know you love and care for me.  Your thoughtfulness.  I treasure all of this and more and these things are priceless to me.  I hope that you have a lovely day, for you surely deserve all that and much, much more. 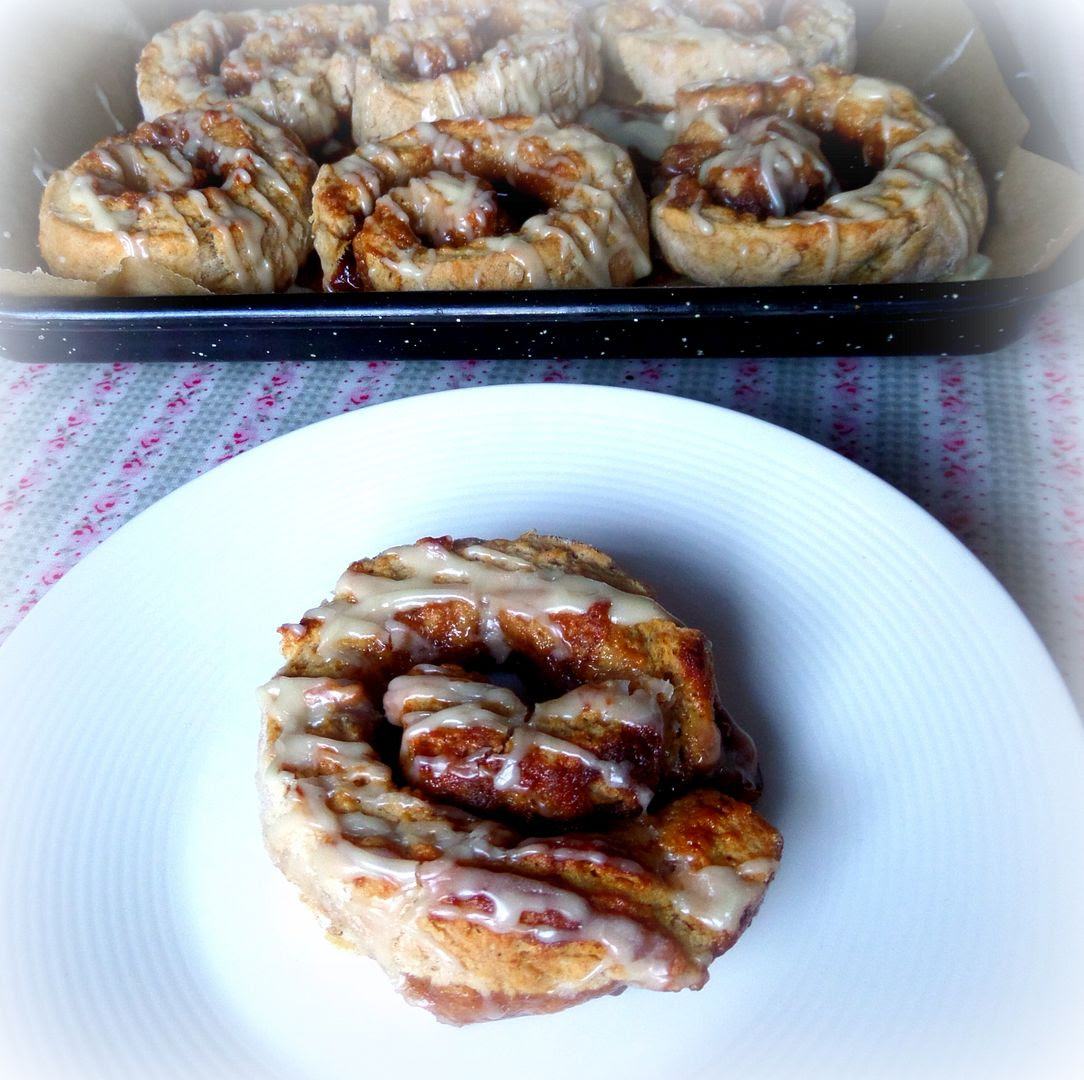 Have a wonderful and blessed Sabbath.