Generally speaking Boxing day is the day that follows Christmas, or the 26th of December, and it is always a public holiday, or “Bank Holiday” as we call them over here, although a lot of those working in the retail trade will most certainly have to work today. Traditionally it was the day to open the Christmas Box to share with the poor. This was usually a wooden or clay container that contained money and gifts which had been gathered up and saved for those unfortunate souls.

During the Age of Exploration when great sailing ships were setting off to explore new lands, “A Christmas Box” was used as a good luck device. It consisted of a small box that was placed on each ship while it was still in port, prior to sailing. It was placed there by a priest and any sailors that wanted to ensure the safely of their journey and return home would place coins in it. It would then be sealed off by the Priest and kept on board during the whole voyage.

If the ship returned home safely the box would be handed back to the Priest, it’s contents intact, and a mass would be said to give thanks for the safety of the voyage. The Priest would then save the box and hand it’s contents out to the poor on the day after Christmas, which then became known as Boxing Day.

During the 18th century , the Lords and Ladies of the Manor, would box up their leftover food, and sometimes gifts and distribute them to the tenants who lived and worked on their lands. This is a custom that continues still today only now more often than not it is customary for householders to gift small gifts or monetary sumsto the trades people that service them throughout the year, such as paper boys, milk men and dust bin collectors, and also in some work places for employers to give their employees Christmas Bonus’s.

Boxing Day is also known as St Stephen’s Day. (the day when Good King Wenceslas looked out!) St Stephen was one of Christ’s disciples and was the first man killed for believing in the teachings of Jesus Christ. As he was being stoned to death he looked up into the Heavens and saw the glory of God and Jesus standing on the right hand of God. You can read all about him in Acts 6:1 to Acts 8: 2.

Some people claim he shares this day with another St Stephen who hails from Sweden, St Stephen the patron saint of horses. It makes sense in a way as boxing day is also a day commonly associated with outdoor sports, in particular horse riding and hunting.

Traditionally Boxing Day has been the day for Fox Hunting in particular. Horse riders dressed in red and white, accompanied with packs of hounds, chase foxes through the countryside in hopes of tiring it out enough so that the dogs will be able to catch it and kill it.

Thankfully the practice of hunting with dogs was banned in 2004 and has been a criminal offence since 2005, although it is still legal to exercise dogs, chase out a scent and flush out foxes to be shot.

Boxing day is the day that families traditionally get together and watch sports or play board games, go for long walks in the countryside and enjoy a feast of all the Christmas leftovers. That is if they are not waiting in long queues for the shop doors to open their way into the sales racks!

We will not be doing any of that on this day! We are blessed to be able to have all FOUR missionaries over to our home for supper tonight, so I am really excited about that! We often have two over for supper, but this will be a first to be able to have all four at once! I have a big ham I am cooking with all the trimmings and plans to cook a chocolate cake! (Todd will quite happily have leftover Christmas pud instead!)

I hope that you are all continuing to enjoy your Christmas Celebrations, and that you are, each of you, surrounded with love!

Here's a tasty gratin that I will be baking later today to go along with our ham. It uses a delicious combination of root vegetables. I just know the lads will love it! 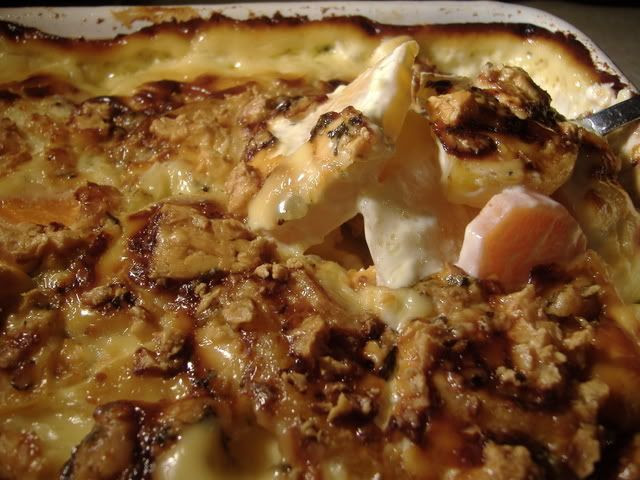 This recipe makes a large portion, but can very easily cut down to serve fewer. It’s also a great make ahead, as you can prepare it a day ahead and then just reheat it, covered when you are ready to serve it. You get a delicious sweetness from the various root vegetables in a deliciously savoury sauce. It’s a great way of making some pretty humble vegetables into something that is quite special and most delicious!

Mix the cream, stock , garlic and thyme together in a large saucepan. Bring to a boil and then add the swede. Place a cover on top and simmer for 10 minutes. Add the carrots and parsnips, cover again and simmer for another 5 minutes. Season to taste with salt and freshly ground black pepper.

Transfer the vegetables and the cream mixture into the prepared baking dish. Bake, uncovered, until thick and bubbly, and the vegetables are quite tender, about 35 minutes. Crumble the blue cheese evenly over top and bake for another 10 to 15 minutes. Let cool for 15 minutes before serving. Delicious! 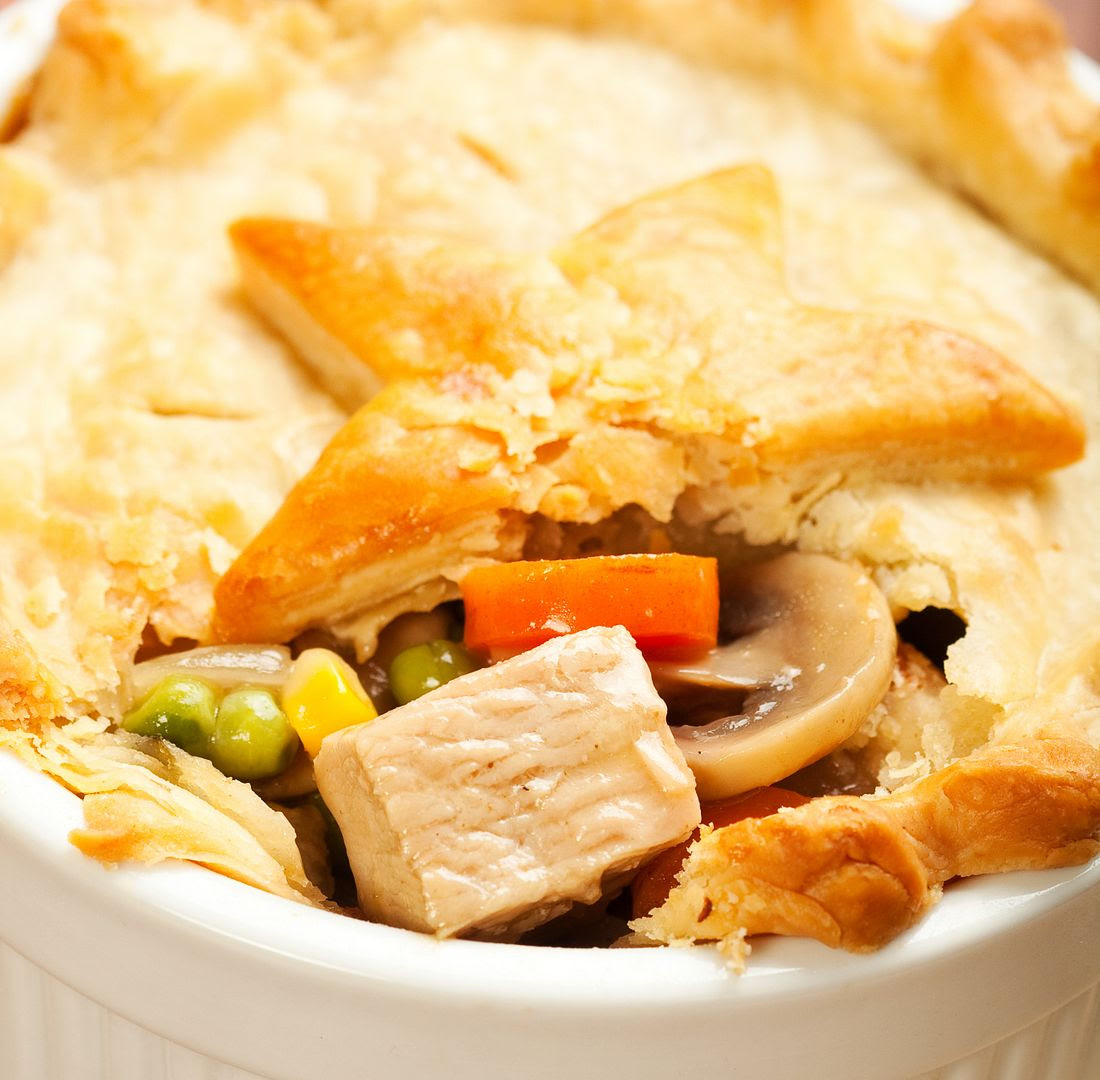 Over in The English Kitchen today we are doing leftovers!